Enduro bike geometry is often a source of debate or confusion, depending on how much you know about the topic. For example, some riders prefer the benefits of short chainstays for their flickability while others say longer is better because of the stability factor. Every rider has their own individual preferences. As it turns out, brands have their own take on “ideal” mountain bike geometry, which is one way they can differentiate themselves in the market.

Then you also have wheel size and suspension travel to consider. Do 27.5″ or 29″ wheels make a better enduro bike? How much squish is enough? While I don’t intend to settle those debates with this article, what I wanted to do was answer the question:

“How big are the differences in enduro bike geometry between brands and between wheel sizes?”

Strap in for a deep dive into the nitty-gritty of geometry figures for a vast array of today’s enduro bikes. And if you haven’t already, be sure to check out the companion to this article that compares geometry between the top trail bikes on the market today.

Before we get started, it might be helpful to define what an enduro/all-mountain bike is in general. The term “all-mountain” has been around for at least a couple decades, but in recent years it’s been superseded by the word “enduro.” Basically, bikes in this category have relatively long suspension travel (140-180mm depending on wheel size), geometry that favors descending capability over climbing efficiency, and components that place an importance on durability above weight. These bikes are made to get you to the top of the mountain under your own power and then safely down the rowdiest of descents.

Initially, “enduro” was specifically a race format. In an enduro race, a rider is timed only on the descents, called “stages.” In between the stages you have untimed portions called “transfers.” A typical enduro race will have 3-5 stages, but they can also span several days and many more stages. At the end of the race, the rider with the lowest combined time on the stages is the winner.

The mountain bike enduro race format has been around for the better part of 15 years, but it wasn’t until the last five years or so that it became mainstream. And since it became mainstream, the enduro name has been slapped on everything from bikes to shoes to helmets to gloves to you name it. In my opinion, the most irksome application of the enduro label has been to trails themselves, and to rides. Like when someone says, “I’m going on an enduro ride,” or asks, “is this an enduro trail?” It’s just mountain biking y’all, same as it’s ever been.

As annoying as I find the enduro-ification of mountain biking, I’ve come to accept that it’s now just part of our sport’s parlance. While I’ll use the term enduro in this article, just know it’s interchangeable with all-mountain.

I included this glossary in the trail bike compare-o, but those not intimately familiar with all the geometry terms might find it helpful. 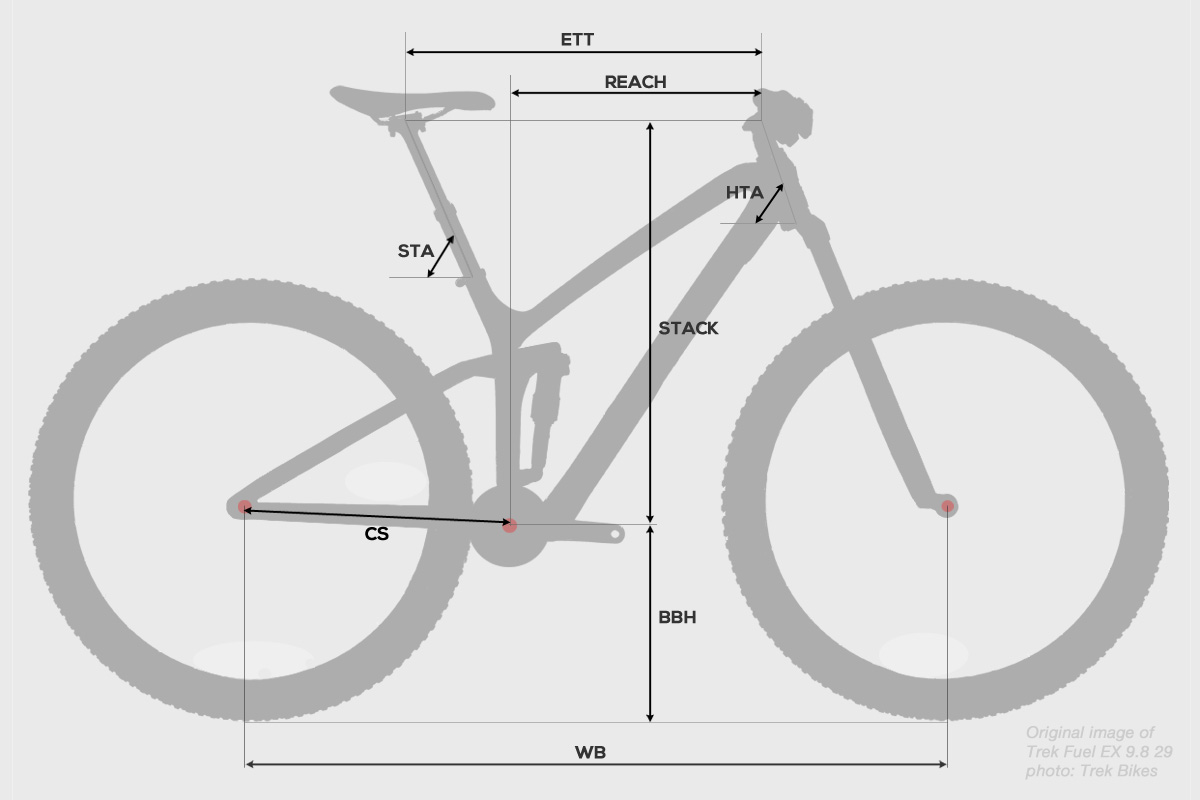 Now that I’ve defined what an enduro bike is in general, I’ll let you know how I chose the bikes for the purposes of this particular discussion. Here are the requirements:

Granted, it’s not a perfect definition since many bikes blur the line between a trail bike and an enduro bike, but it’s more than sufficient for this comparison.

Also, note that I didn’t always pick the longest-travel bike offered by a brand. That’s because a handful of brands offer bikes that are in yet another category above and beyond trail or enduro. Call them freeride or park bikes if you like, but these beasts have abilities skewed even further towards descending. While you could pedal them to the top of the mountain, you probably wouldn’t want to, especially in a race situation.

If in doubt, I tried to find out what bike a brand’s team used for racing. Most enduro races have plenty of pedaling and climbing, so a bike’s overall capability has to be taken into account. It’s not simply a matter of choosing the most travel and slackest geometry.

Additional things to be aware of:

I would call this list extensive, but it is by no means definitive. There will always be bikes from smaller brands that are not on my radar. What I tried to provide is a broad, diverse cross-section of bikes from numerous brands.

On to the bikes!

Nice round up of the numbers. One particular thing I’ve noticed in the long-travel 29er realm is that most manufacturers bikes tend to have long reaches, shorter effective top tubes and long if not sprawling wheelbases. The couple of bikes I’ve demoed with this (Kona Process 153 29, Orbea Rallon) I had to size up (I usually go with mediums and went with larges instead). Both were decent pedalers, however they both had that tugboat steering when came time to corner. I would expect the same from bikes with similar numbers. This trait is pleasantly absent from my own whip a medium Evil Wreckoning, which has a longer effective top tube and a shorter wheelbase. This combined with it’s short chainstays and low bottom bracket (both among the shortest and lowest available) allows it to corner like mad and remain incredibly nimble despite have more travel than most of the bunch.

Aaron, you must be very tired. =) Thanks for the great resource. Definitely, an article I’ll be looking at over and over again in the future reference. I assume you have all the data in Excel. It would be fun to do some further analysis using some boolean logic.

And speaking of tired, I cracked up when you pictured the Pivot Firebird as an example of a longer travel bike that you wouldn’t want to pedal up the transfers. When I am back in the States, I usually ride my son’s 2012 XL Firebird on the trails in CO (and elsewhere). That thing weighs like 34 lbs and is a freight train on the descents with 180mm of travel up front. And somehow it also climbs amazingly on steep technical climbs. But man, will that bike wear you out over two or three hours of riding. I get back to Mongolia and jump on my Mojo HD, and ride like the wind … or so I think. =) I did 38 miles and 4700′ of climbing on the Firebird one day last summer in CO … … oh man, was I digging deep for all I had to finish out that ride.

I love this article. With so many bikes on the market and bike geometry playing a huge part in how a bike feels and fits a friend and I created a website to compare all the numbers. It’s easy to select a group of bikes and see the deltas. Plus, if you register you can add bikes to the database. Have a look!

Sorry. Needs an “s” on the end.
Bikenerds.io

We are living in a Golden Age for mountain biking. That Mountainbikes could come with 29×2.6 or wider tires and have 6+ inches of travel and still climb well was unimaginable 10 years ago. I easily ride over stuff that I used to get off and walk. It seems like you can’t fall off these new bikes. No more flying over the handle bars, spinning the rear wheel on climbs, getting beat up absorbing hits, pogo-ing during hard efforts, etc. The list of woes could go on. Now it’s just smooth, controlled and composed. If you’re new to the sport, you don’t know how good you have it.