Ahh – the beach – such a fitting place to end my 29 trail journey. But if visions of balmy breezes, fruity drinks with umbrellas, and bronzed bodies come to mind, I hate to disappoint you. My ride yesterday took place under cloudy skies and 30-degree temperatures in Clayton County, GA, by myself and hundreds of miles from the closest ocean. 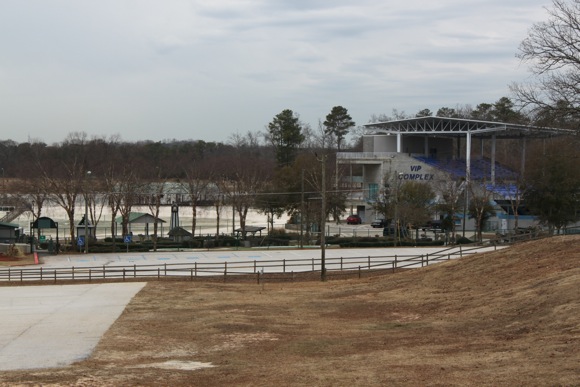 The Trails at the Beach are located on the grounds of the 1996 Olympic beach volleyball venue south of Atlanta near Jonesboro. I first rode these trails back in the late 1990s so the trails have been around for at least 10 years now, created and maintained by the Southside MTB Association (which is now part of SORBA Atlanta from what I understand). 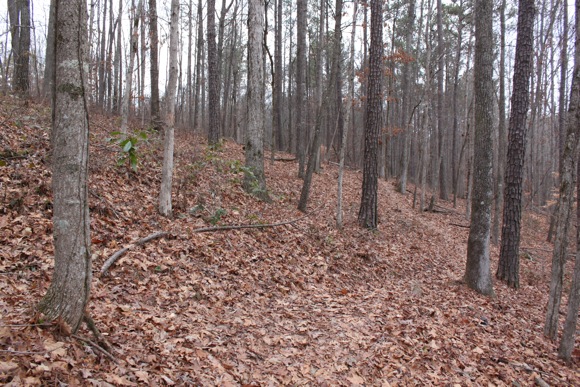 On Thursday I found the trails to be pretty well defined despite heavy leaf cover. The signage is a little confusing and inconsistent, though at one time the trails were rated from beginner to advanced. Even though I had ridden these trails at least half a dozen times before, I managed to find sections I didn’t know existed. Most of these out-of-the-way trail sections were pretty overgrown (because they’re so hard to find!) and some were covered in debris from park maintenance operations. I even came across an old, rusting crane where the forest literally grew up around it, perhaps left over from pre-Olympic construction. 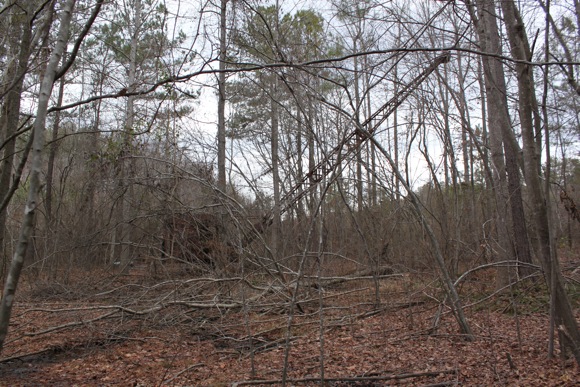 As I packed up my bike after the ride, I felt a little disappointed that the journey had to end on such an average, familiar trail. Of course I’ll never stop exploring new trails but I don’t know if I’ll ever have the opportunity to ride 29 mountain bike trails in a month’s time again. If I do, it certainly won’t be in January – I’ll make sure my next challenge takes place during the summer (or at least someplace warm and dry).

But wait – the challenge isn’t quite over yet. Although I bagged trail #29 yesterday, I won’t be done until I complete the Snake Creek Gap Time Trial #2 tomorrow (day 29). Since I already rode this trail at the start of the challenge, it won’t count as a unique trail. Bring on the Snake!

Yeah,I would say that challenging yourself to 29 trails in 29 days during january is kina conflicting,although just think how easy it would have been in the summer,I think you have climed the tougher mountain here doing it during january.I found your trail interesting and inspirational trek….

Congratulations man!! It was great following you, as said before, it was a bit of a thriller as to whether or not it was gonna be possible, but you pulled through!!! It’s been fun following the adventure. And as steve says, a summer adventure may indeed be easier, you’ve inspired me to set up some sort of challenge for myself this summer when I’m on break. I think the idea of having a planned ride on a daily basis will be a great motivator to keep getting out there and not taking a day off. Good luck today at the Snake!!

[…] CFM have each managed to ride more than 30 unique mountain bike trails! This makes my previous 29 Trails in 29 Days attempt look like a cake […]