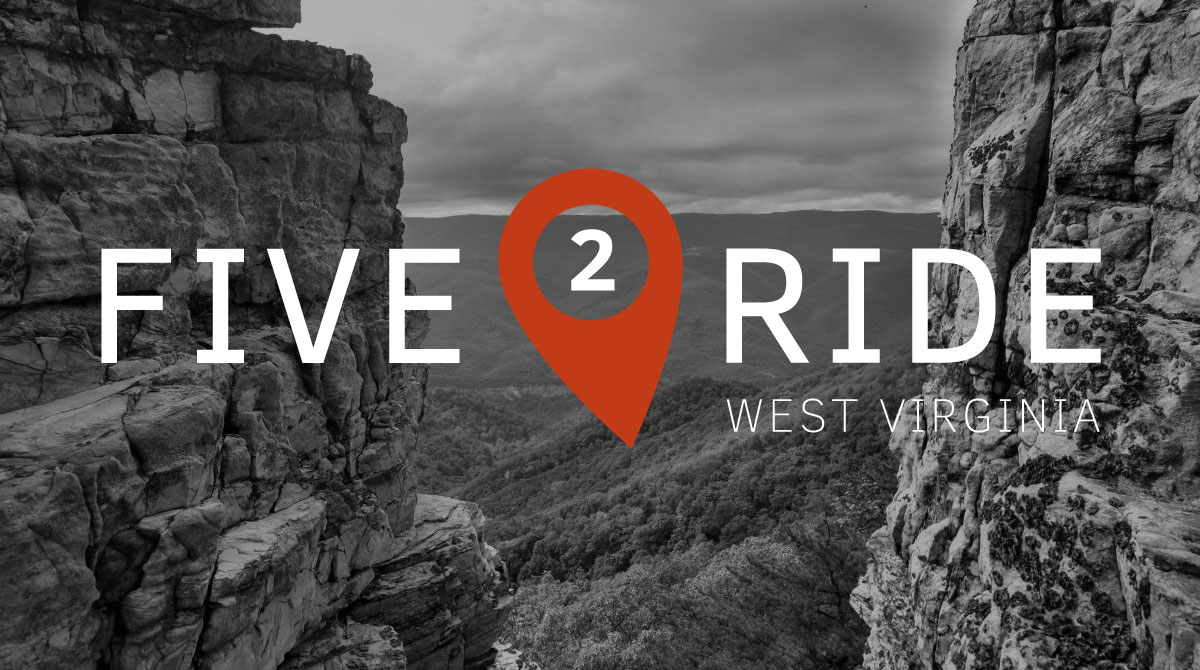 So what does that mean for mountain bikers? It means that there are mountains and rolling hills (and lots of them), that the wild areas outnumber the cities, and that sketchy mountain roads are more plentiful than highways. Also, it means singletrack. Lots and lots of singletrack. Read on for five key trails that you need to ride in West Virginia:

Mountwood is a hilly trail system outside of Parkersburg. Located on the western side of the state, this is one of the few trails on this list that’s not located in the mountainous portion of West Virginia.

While not technically located in the “mountains,” this rolling singletrack ride–encompassing sweet singletrack, rocks, bridges, and more–racks up 5,000 feet of climbing in a mere 20 miles.

“In my opinion, one of the best kept “secrets” in the state. Variety of terrain with fun downhills mixed in with some short, steep climbs. Some awesome bridges thrown in too. You can link up as many trails as you’d like, ride the trails in either direction and create an endless combination of loops. Hat tip to the riding community and park caretakers, for keeping these trails well marked and in great shape.” -patstrader

Traveling over to the western side of the state, Davis is located smack in the heart of the Appalachian Mountains and is one of the mountain biking epicenters in the state of West Virginia. The CVI trails are home to rocks, rocks, and more rocks. Many of the trail names even indicate this, such as the Moonrock Trail and Hoo Doo Rocks. Bring your full suspension rig, and be sure to brush up on your tech skills!

“Been here several times. CVI trail network offers something for all skill levels. If you’re a beginner you can ride the multiple loops around camp 70 road to get in plenty of miles. If you’re a bit more advanced, head over towards the moon rocks and the hoo doo rocks for quite the technical adventure. Some of the toughest trails I’ve ever ridden. Put this on your bucket list!!!!” -rsb201

Hazelton is located in the northern reaches of the state, located close to the major town (by West Virginia standards) of Morgantown. This trail offers up long loops of quality singletrack on the banks of–you guessed it–Big Bear Lake. This trail system is home to the Big Bear Lake Enduro and the Big Bear Ultra races.

“These are amazing trails. Very well maintained. My brother and I spent three days riding this summer and it was different each time. There is a lot to keep you on your toes. The climb up the mountain to the Pine section is brutal no matter which way you go. But once you are there, there are so many different ways down. My favorite was a new unmarked trail that was marked with orange tape. The ground was loose dirt and pine needles, so you had to keep moving, or you’d wipe out. Then came the great rock slides. An epic trip. I’ve only been riding 4 months or so, and these trails really taught me how to step up my technique and ability.” -monkee3700

Back in the big mountains, Spruce Knob is a gnarly ride that is covered in rocks. This ride is shuttleable, and with all the gnar to challenge you, saving your strength by not pedaling up the road might be a good idea. There are plenty of other connecting trails in the area, so if you do have any of energy left, there’s tons of singletrack to keep you busy!

“Best to have shuttle to top then park at Walk In Campground. Nice, technical downhill with challenging terrain and drop offs. Count on a few hours even without shuttle. Epic without shuttle, and the road is dusty, dirty. Watch for cow-pies near the campground, they are slippery.” -jfigel76

North Fork Mountain is, by anyone’s standards, an epic ride: tough climbs, gnarly descents, pretty long mileage, and jaw-dropping views (just look at the photo above, and check out the full gallery here). Don’t tell me that there’s no epic mountain riding in the east, because North Fork proves you wrong.

“Just did this as part of the IMBA awareness ride (had appx 50 riders) Awesome is the only way to describe this trail. Did the ride as a loop starting at Redman TH then riding to the northern end and riding the road back (19 mile loop) this is as much as most riders would want to do without a shuttle.” -RoadWarrior

Your turn: Know of a West Virginia trail that we don’t have listed in the Singletracks trail database? Share it with us here!

Parkersburg, WV is in the western part of the state and Davis is in the eastern…

Thanks for the correction 😉

Two years in the DC area and I never rode WV. Looks like I really blew it there.