Man, you guys who live in Colorado Springs are lucky. Not only do you have miles and miles of kick ass mountain bike trails within minutes of downtown, your newspaper actually writes articles about mountain biking! I’m pretty sure the last time the Atlanta Journal wrote about mountain biking was when the Olympics were in town back in ’96 😉

Anyway, Andrew Wineke posted a great article in today’s edition about 4 of his favorite high country bike rides at the list included some of the usual suspects like Monarch Crest near Salida and Trail 401 in Crested Butte. Wineke even included a local ride, Jones Downhill, though to be honest I don’t know that I would have included that one in the same piece with Monarch Crest and Trail 401. 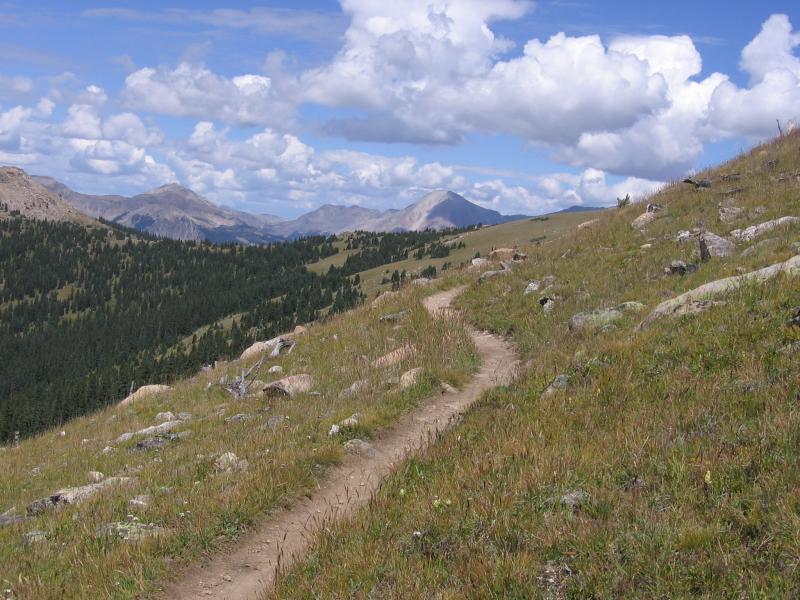 The other ride mentioned, the Tiger Run dredge loop, is the only one of the four I never did, though I have heard great things. Every piece of the Colorado Trail I’ve ridden has been superb, from Bailey to Durango, and I’m sure this section in Summit County is pretty special as well.

The real question, though, is when are these mountain bike trails gonna be rideable – it’s almost the 4th of July already! Wineke made it sound like another couple weeks or so, anyone have firsthand knowledge of the current conditions in the high country? According to the singletracks trail status for Monarch Crest and Trail 401 these guys are still red 🙁

Many of these trails (my experience is 401 and Monarch) don’t fully open until mid to late July – most sections would be clear at this point but too many sections still melting and/or drying out. I did Monarch Crest last year on July21 and it was dry as a bone. This year we had a little more snow through the spring and therefore may take a bit longer to open up completely. These trails have very short seasons for obvious reasons which make week-ends a little busy. When they are open tho, they are SOOO worth it!

I was just training down in the southern mountains. There’s still some snow at the same elevations as the Crest trail and 401 but it’s quickly melting. I’d expect those trails to be rideable soon.