The townsite of Turret, Colorado is located just a few miles up in the Arkansas Hills from Salida. A gold mining town founded in 1897, Turret had a peak population of 400-600 people (depending on the source you consult), but the town collapsed around 1941, when the post office closed. (Source) Now, essentially all of the land in Turret is private, and rustic homes are being built or renovated here, way off the grid. While solar panels are now joining old outhouses, many of the old buildings from the gold mining days are still easily visible from the public roads.

The ride from Salida to Turret is a popular gravel grinder, with gorgeous views of the Collegiate Peaks across the valley, and the dry, rocky terrain on the Arkansas Hills side. From town, there’s quite a bit of elevation gain up CR 175 to the left turn onto CR 185, which leads to FS 184 and the town of Turret. Having climbed that stretch of 175 numerous times, and since I was planning to tack on some additional exploring to my Turret ride, I drove up to the parking lot near  the junction with 183, just shy of the left turn onto 185, to save some miles. 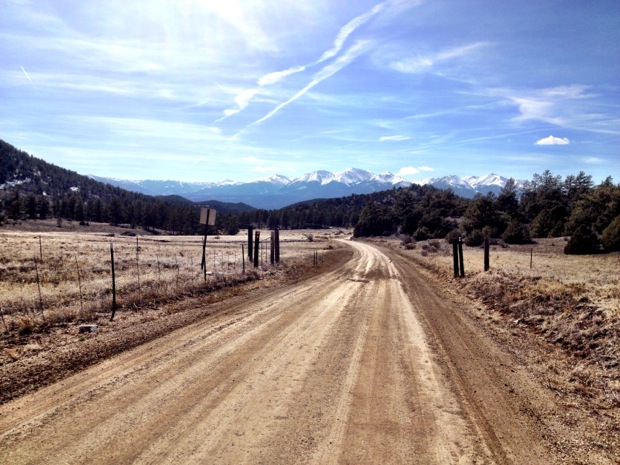 When I lived in Georgia, I was no stranger to big gravel rides. We had miles upon miles of interconnected dirt roads in the nearby national forest, but really: the views have nothing, I repeat, nothing, on those in Colorado! Even if these happened to be the most boring of roads, the views would more than make up for the lack!

Still, these roads are anything but boring. While the section of road 185/184 over to Turret doesn’t climb climb climb like 175/Ute Trail does, there are plenty of short, steep climbs and descents, making for a relatively rolling elevation profile, and a good workout!

And, there are plenty of cool things to look at along the way: 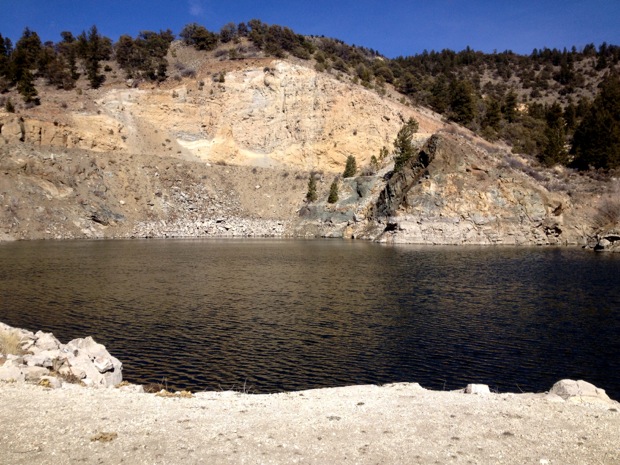 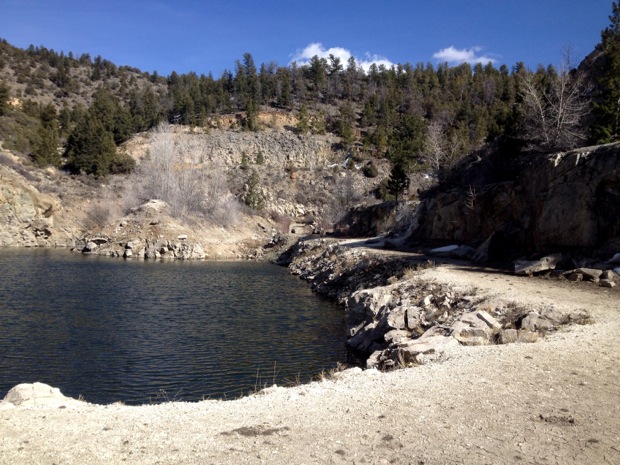 While I definitely didn’t need as much suspension as the Niner RIP 9 RDO provides, since it weighs the same as my hardtail, I needed to log miles on it, and I never know what other sort of terrain I might encounter, this was the ideal steed for this ride. 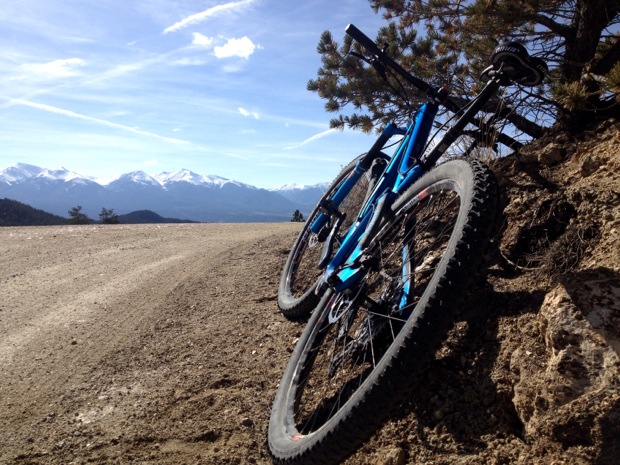 One of the sublime features of a this bike is that I can dial down the travel to “Trail” or “Climb” on the CTD shock and fork for efficiency on the gravel, but for the number of impromptu offroad excursions onto unmarked game trails I was able to open it all the way up for a full 125mm of travel for unexpected gnar.

Finally, I made it to my destination! 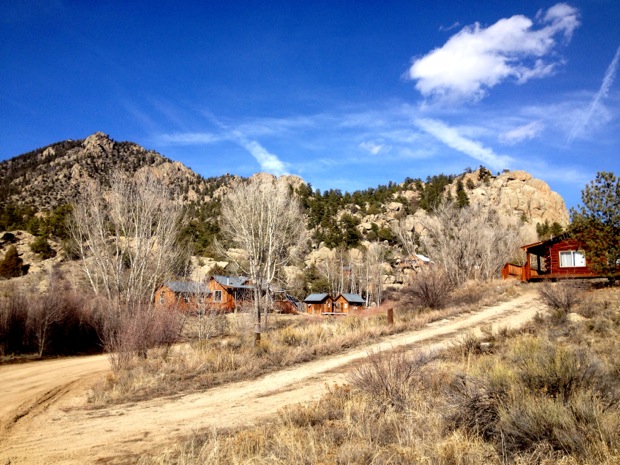 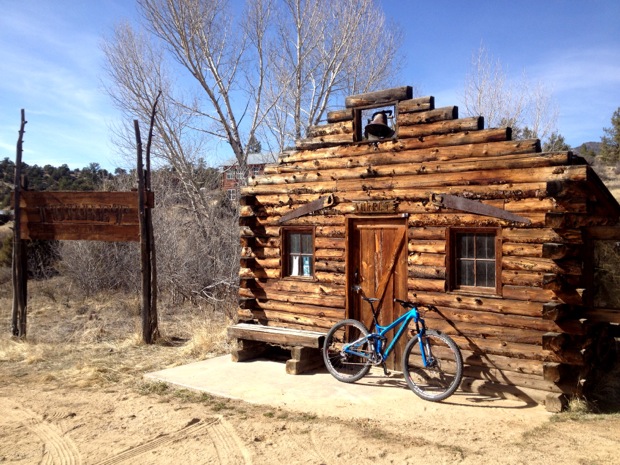 I took a left in town and dropped down the gulch for a little impromptu exploring, and the doubletrack road turned into a trail that, according to the forest service sign, is no longer open to motor vehicles (though it once was, and looks like it still receives jeep traffic). Based on the town signs, this doubletrack was called “Alpine Trail,” but my map had this gulch labeled as Stafford Gulch. 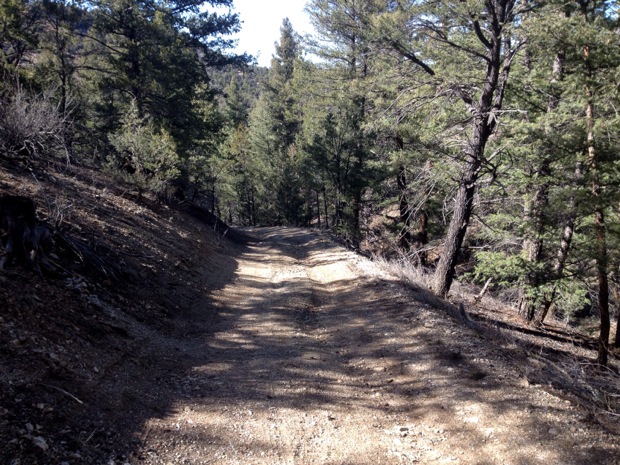 The doubletrack descended quickly down the gulch, which made me a bit nervous: what goes down must either come back up, or stay down and perish. Based on my trusty map, it appeared those were the two choices: while it looked like the doubletrack might peeter out and dead end, it also looked like it could drop a couple of thousand vertical feet, all the way down to the Arkansas River. However, once there, there would be no bridge across the raging river (which had been rising day-by-day with snowmelt), and no other marked trails or roads along the banks on my side of the river.

So, after descending for a couple of miles, I made the tough decision to turn around and climb back up. I had no idea if the road would just end, or if it would indeed descend all the way to the river, but I knew one thing: I had already descended a long ways from Turret, and climbing all the way back up to 9,000 feet from the 7,500-foot elevation of the river (according to my map) didn’t sound like a fun proposition. 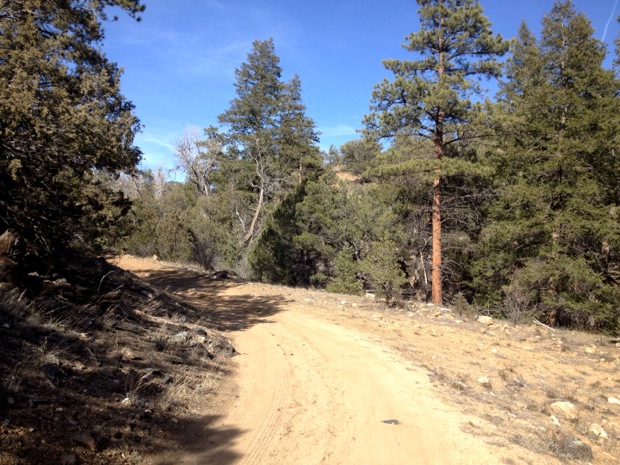 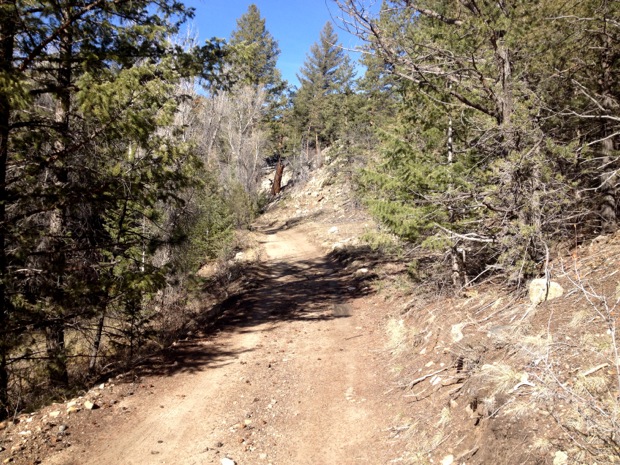 I backtracked all the way up Stafford Gulch, back on roads 184/185, all the way back to my truck.

However, the spring weather was so gorgeous, I couldn’t keep myself from a little more exploring in the hills! 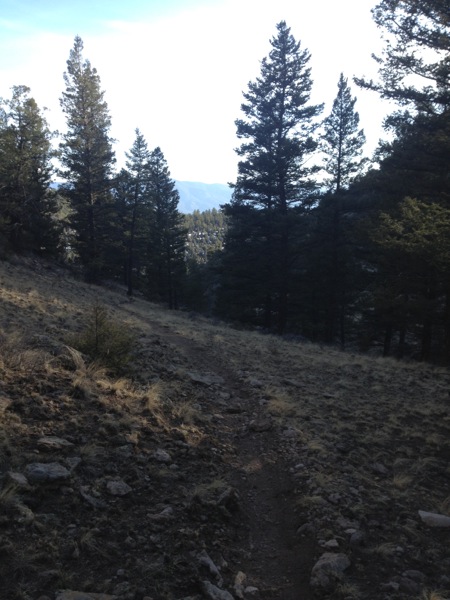 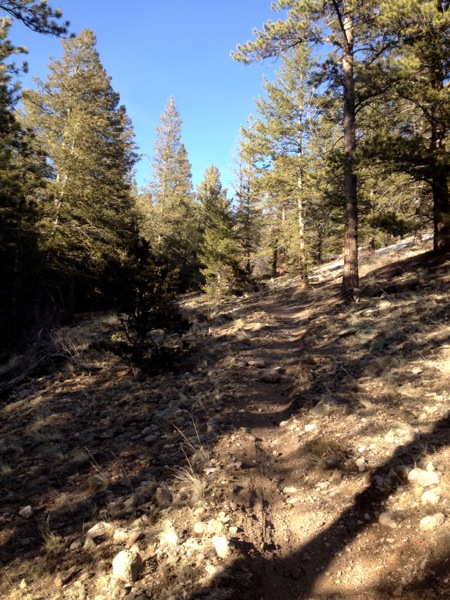 Remember the extra suspension that I wasn’t using on the road? It definitely came in handy! As usual, the photo just doesn’t do it justice, but I, quite literally, buzzed my butt on the rear tire while rolling this rock. This rock is about 8-10 feet tall: 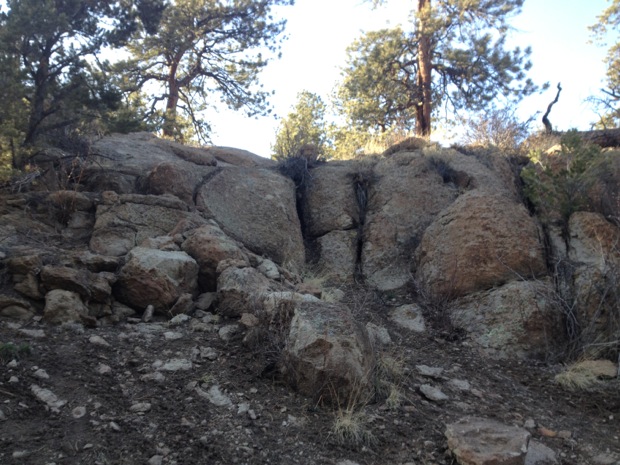 20 miles of riding on new-to-me terrain? Not bad for a Thursday evening!

A couple years ago I started at Absolute bikes, rode the Salida mtn trails and then the dirt road to Turret, then hit more Salida trails afterward. Good day of riding. I thought St. Elmo and the Alpine tunnel were more interesting historically though.

I’m definitely excited to get up to that area once the snow melts!

Hey, nice bike. I’ve buzzed my butt on more than a few really steep rollers too! I wish I had a Pivot Vault to explore some of our local gravelies around here 🙂

Ah, memories. I spent many days up at the Calumet mine collecting epidote crystals with my kids in their younger days. Great way to spend the day. Now, what to do with all these buckets of green rocks…