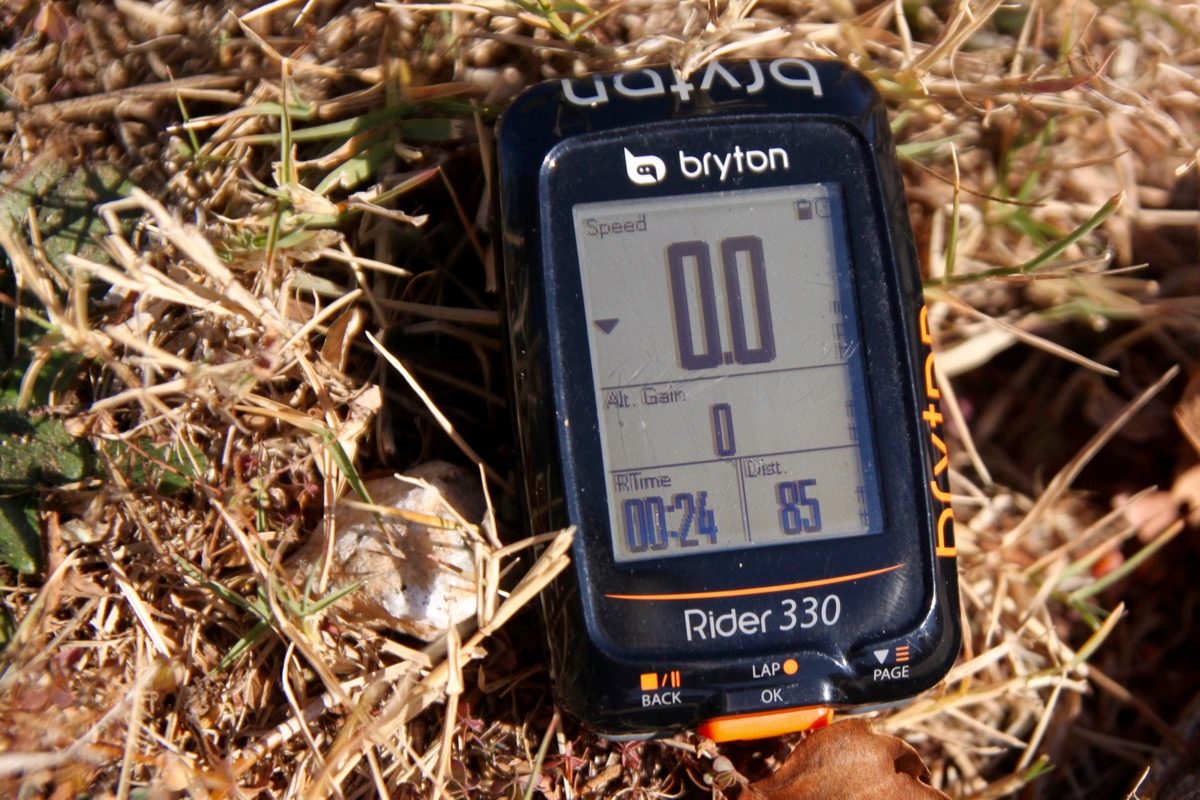 Bryton Sport is a Taiwanese company that recently introduced a line of GPS units to the US market. The company leans heavily on marketing itself as a lower cost competitor to established companies like Garmin, while still delivering the same quality and functionality. Unfortunately I found Bryton delivered a mostly mediocre experience at only a slightly lower price point than their competitors. 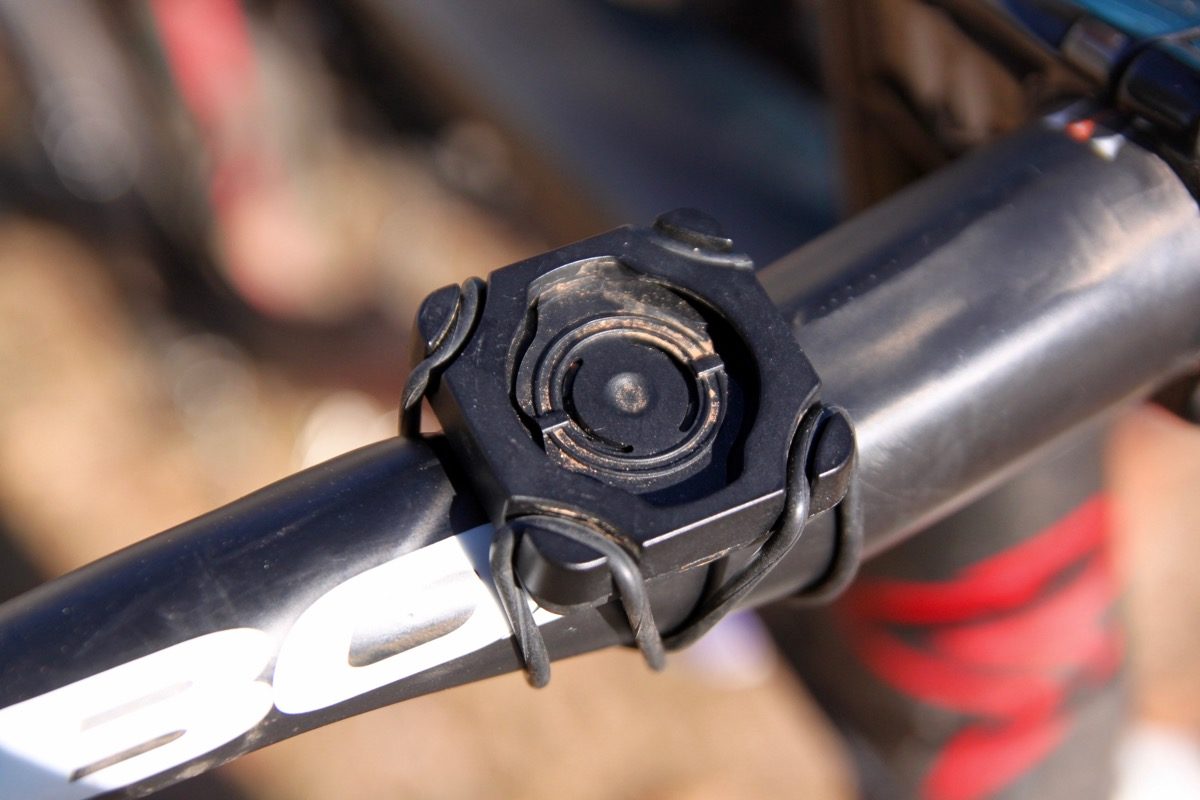 The Bryton Sport Rider 330 is a compact GPS unit that mounts easily to bike handlebars using the included twist-style mounting hardware. It features a monochrome screen with a backlight toggle, three buttons located at the bottom of the unit, and weighs 56g. The rectangular shape offers a good aspect ratio for viewing maps and stats during the ride, though it is still on the small side as far as GPS screens go. Bryton has managed to cram a large battery inside, claiming a 36 hour battery run time. The GPS is also waterproof to IPX7 standards. 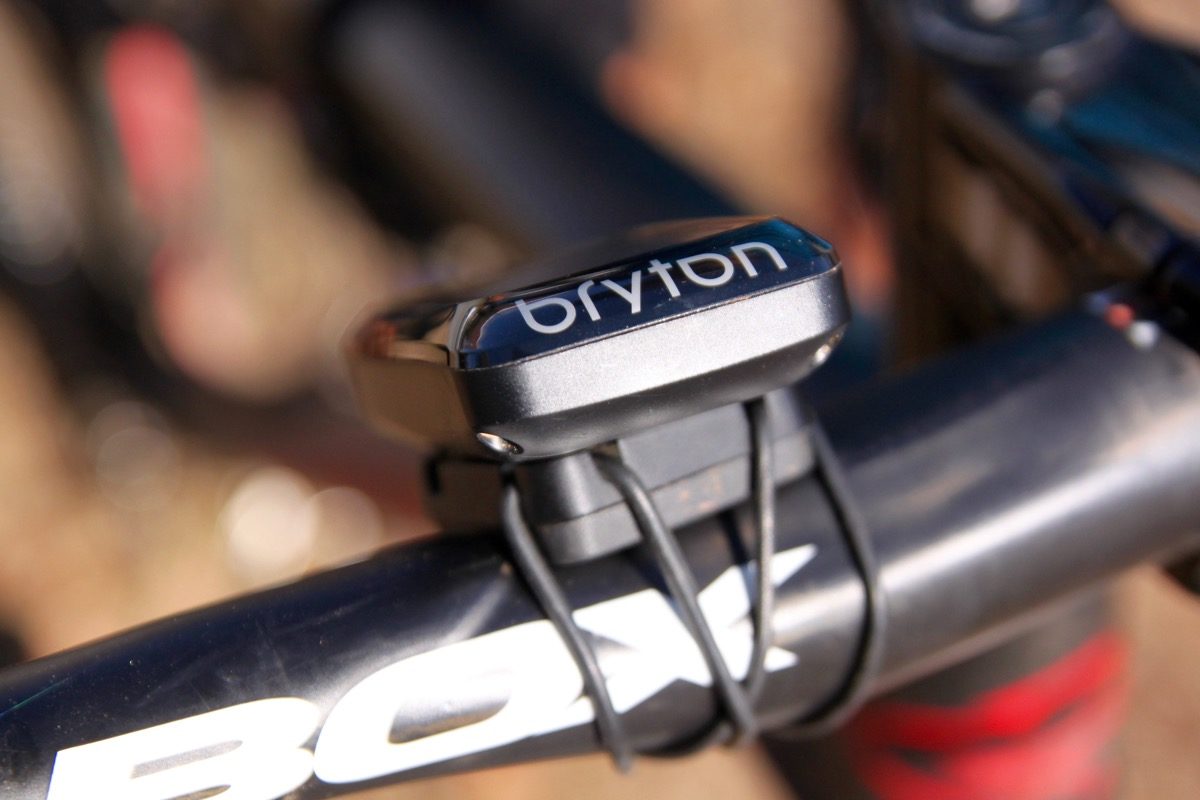 As one would expect from a modern cycling GPS unit, the Bryton Sport Rider 330 features plenty of wireless options including Bluetooth LE, Wi-Fi, and ANT+ for connecting things like heart rate monitors, cadence sensors, and power meters. The GPS is also fairly stacked with sensors, including a barometer for improved elevation data and a thermometer for tracking temperature during the ride. Bryton uses a high-sensitivity GPS chipset in the Rider 330, though it doesn’t appear to talk to GLONASS satellites. A digital compass makes turn-by-turn navigation possible, though without any sort of basemap functionality this is limited to following simple GPX tracks and routes.

I found the three button set-up easy to use and fairly intuitive, but navigating more than one or two screens deep felt like a hassle, especially in this smartphone day and age. The screen is easy enough to read in daylight, and at night the backlight feature comes in handy.

It’s possible to customize the data display on the Bryton Rider 330 to focus on what’s important for each individual rider, with up to 8 stats visible on each screen at one time. There is also a map screen and built-in training tools to help riders meet their fitness goals.

Unlike other low cost GPS units I’ve tested, the Bryton Rider 330 software experience is fairly seamless. I had no trouble pairing the device with my smartphone, where the free Bryton app serves as a gateway to popular online services like Strava (though for obvious reasons, it does not work with Garmin Connect). The app itself is pretty useful, offering full color maps and reports for each ride. You can even use the app to create a (road) route, then send that route to the Rider 330 to follow later.

Data transfer from the GPS to the phone felt painfully slow, though ultimately it does work as advertised. My advice is to keep the GPS and app sync’d regularly, otherwise you’ll be stuck like I was waiting for nearly an hour for multiple rides to transfer over Bluetooth.

Looking back over the ride data I recorded, I noticed the Bryton Rider 330 was adding a 0-mile, sub-five second ride each time I went for a real ride. I suppose it’s possible I did something wrong (like hit the lap button instead of start or stop), but I don’t remember doing so, and it seems weird I would do this every time. Of course it’s no big deal to delete these rides, but it’s a hassle, especially when the data is automatically being sent to Strava. 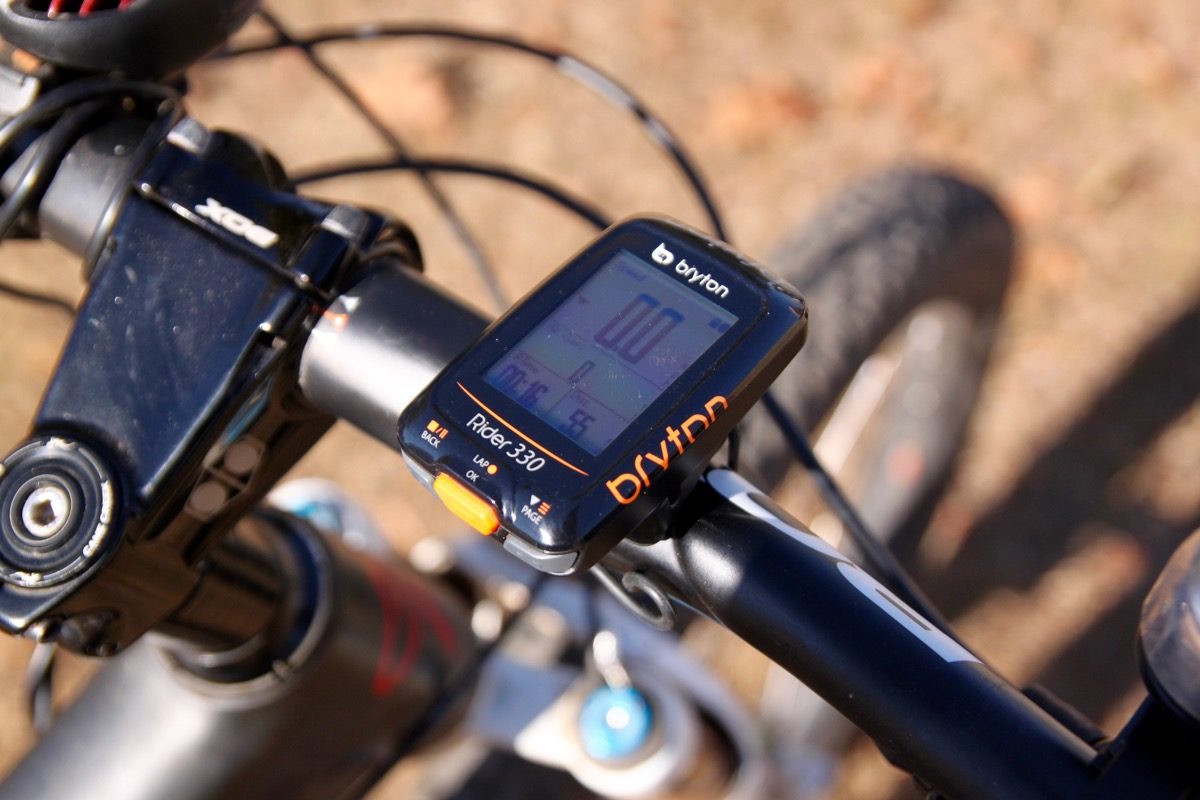 During my tests, I ran the Bryton Rider 330 in tandem with at least one other GPS device (usually my smartphone) to see how accurately it recorded my rides. While it’s rare that two GPS devices will report the same distances or elevation gain for a single ride, I found it curious that on 5 out of 5 rides, the Bryton Rider 330 reported lower distances than any of the other devices I brought along.

The recorded distances weren’t generally too far off, averaging 2.5% under the other devices, but the fact that it was consistently lower made me question its overall calibration. Based on our GPS accuracy test a couple years ago, this would place the Bryton near the bottom of the heap, though it should be said my accuracy test of the Bryton Rider 330 was not performed in the same controlled environment. On one 20-mile night ride at Bull Mountain, the Bryton was off by nearly a mile compared to two other devices I had with me, resulting in a disappointing 5% error.

Not only did I find the distance data to be off, but the elevation data seems suspect too. In four out of five tests, the Bryton Rider 330 overestimated elevation gain compared to other devices. Elevation gain is notoriously difficult for GPS units to estimate, but still, in a test with two other GPS units, the Bryton proved itself to be the outlier.

Bryton positions the $129.95 Rider 330 as a low-cost alternative to devices from name-brand companies like Garmin and Polar, and to be sure the Rider is less expensive than comparable units from better known brands. But in my opinion the Bryton isn’t significantly less expensive, and certainly not nearly as inexpensive the $37 Trywin GPS I tested previously.

At $129.95 USD, the Rider 330 matches the price of the Garmin Edge 20 while adding a better battery (36 hours runtime vs. just 8 for the Garmin) and wireless capabilities like Bluetooth, Wi-Fi, and ANT+. Comparable devices from Garmin or Polar that do include wireless functions retail for $169, so about $40 (31%) more.

While the Bryton Rider 330 is less expensive than GPS units from other companies, my opinion is that it doesn’t necessarily offer a better value due to its mediocre performance. But as with most electronics, it’s possible the Rider 330 will improve over time while seeing its costs decrease, in which case, it might be a good alternative to other GPS units on the market at some point in the future.

Thanks to Bryton for providing the Rider 330 for review.

Ya, I guess it depends on what you really want out of a GPS, but really I would rather stick with a trustworthy brand like Garmin.

Hi. I’m between the bryton 310 and the trywin D2
The main difference is that the bryton uses an app which syncs with Strava.
After you tried both do you think it’s worth the difference?

If you want/need to get your rides onto Strava, the Bryton is your only choice. I never managed to get any data off the Trywin.

There’s a way to upload to strava using the trywin, using the pc software , exporting the file to another that is compatible with strava (too much work…)