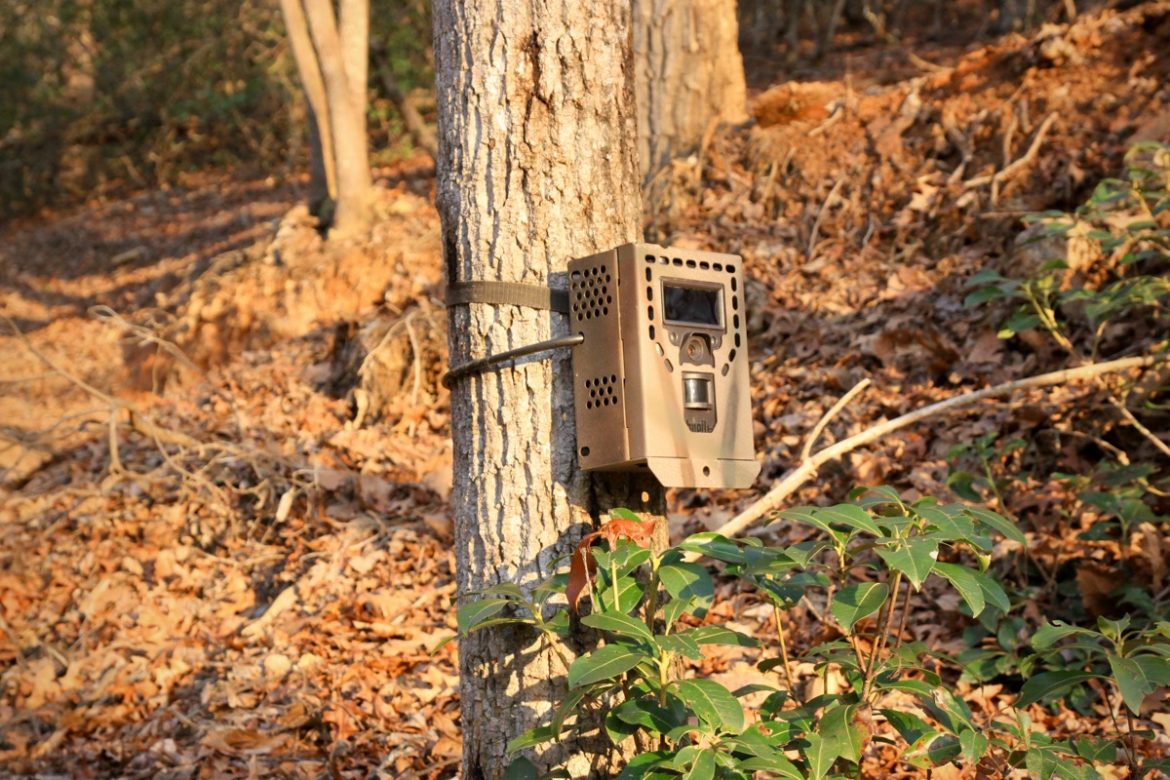 Game cameras are simple, inexpensive devices that record video when activated by motion. They’re easy to hide, and are constantly watching, waiting to film anything that moves in the woods, day or night. Now they’re being used to catch mountain bike trail poachers.

In February of this year, we reported on a case in Indiana where two men were arrested for illegally building and maintaining a mountain bike trail in a state park. After a months-long investigation, aided by the use of game cameras, the men were charged with criminal mischief and trespassing.

In video released by the Indiana Department of Natural Resources (DNR), the men can be seen working on the trail in broad daylight. In the past, it would have been more difficult to catch illegal trail builders in the act, but with game cameras, it’s just a matter of sitting back and waiting.  One local rider claims the DNR may have positioned up to 10 cameras along the trail to identify the culprits.

With video evidence in hand, investigators were able to get a warrant, allowing them to search private Facebook messages between the suspects. Those messages provided further evidence of wrongdoing, and ultimately led to their arrest.

Not only are game cameras being used to identify unauthorized trail builders, they’re also being used to deter riders from accessing private trails. For example, Pilot Cove in North Carolina maintains a flow track for the exclusive use of their guests, and has signage to reflect that. But for those who ignore the no trespassing signs, there is also at least one camera on site that could be used to identify offenders.

Of course a game camera could be a good tool for limiting liability too. Although guests are required to sign a waiver before accessing the trails, there’s still the possibility that someone might claim an injury that didn’t actually happen on site.

Note that game cameras are different from traditional security cameras in that they are not monitored in real time, nor do they provide alerts upon activation. To review the footage, a person must physically access the camera after the fact. The upshot is there are no wires to connect or wifi networks to configure, so game cameras can be placed deep in the field where riders least expect them.

Over the past year we’ve read about a rash of trail terrorism cases where traps were intentionally set on public mountain bike trails. In this case in British Columbia, a game camera was used to identify a women sabotaging a section of trail in the dark.

For better or worse, we’re living in an age where nearly everything we do — including mountain biking — can, and often is, being monitored or recorded. As mountain bikers, we need to assume we’re being watched at all times to limit problems for ourselves, and for the reputation of mountain bikers as a group.

I suppose there are pros and cons to these cameras. Personally, I go out into the woods to temporarily escape big brother, so while I can see and understand the benefits, particularly in the case of trail sabotage and people who set bobby traps – some of the real examples people have posted here are nothing short of infuriating.

Still, relatively speaking, trail sabotage is not very common and I’m not a big fan of the idea of everyone being under constant or almost constant surveillance. To be honest, if I came across someone setting up a booby trap on a trail I was riding, I’m not sure I’d want a camera around to capture what happened next.

“For better or worse”

True. The benefits of clandestine monitoring are obvious. But these days I sometimes find myself thinking about being watched as I go about my day minding my own business. I try to not let it distracted me.

In general, if these force some people to behave better, its a positive.

I’d be surprised if these did much to help catch poachers though, unless the same person was poaching on a regular basis.

When I was a boy, I did so many mischievous things. In this day and age I would have been in a juvenile home by the time I was 12 or 14. It really is true that for better or for worse you must be aware that someone could have a camera “on you” at any time, whether in the outdoor setting or in the city. And it’s not just the stationary cameras. Nearly every citizen has a camera on hand today that could be used against you if you choose to do wrong.

“To review the footage, a person must physically access the camera after the fact. The upshot is there are no wires to connect or wifi networks to configure, so game cameras can be placed deep in the field where riders least expect them.”

While they’re more expensive than standard game cameras, game cameras connected to cellular networks, allowing access from anywhere via a smartphone app, are becoming more and more common. And of course the price continues to drop. I know a few people locally who employ them and we’re considering similar cams for problem spots on our trails.

I’d love to set one up on a couple trouble spots on trails I ride. We have a couple areas where dbags sprinkle broken glass right on the trail and then arrange tree branches on the outside of the trail to “funnel” riders through the glass. It is a constant problem in the warmer months and almost every weekend we find new sabotage. Would love to get identities on these idiots and report them.