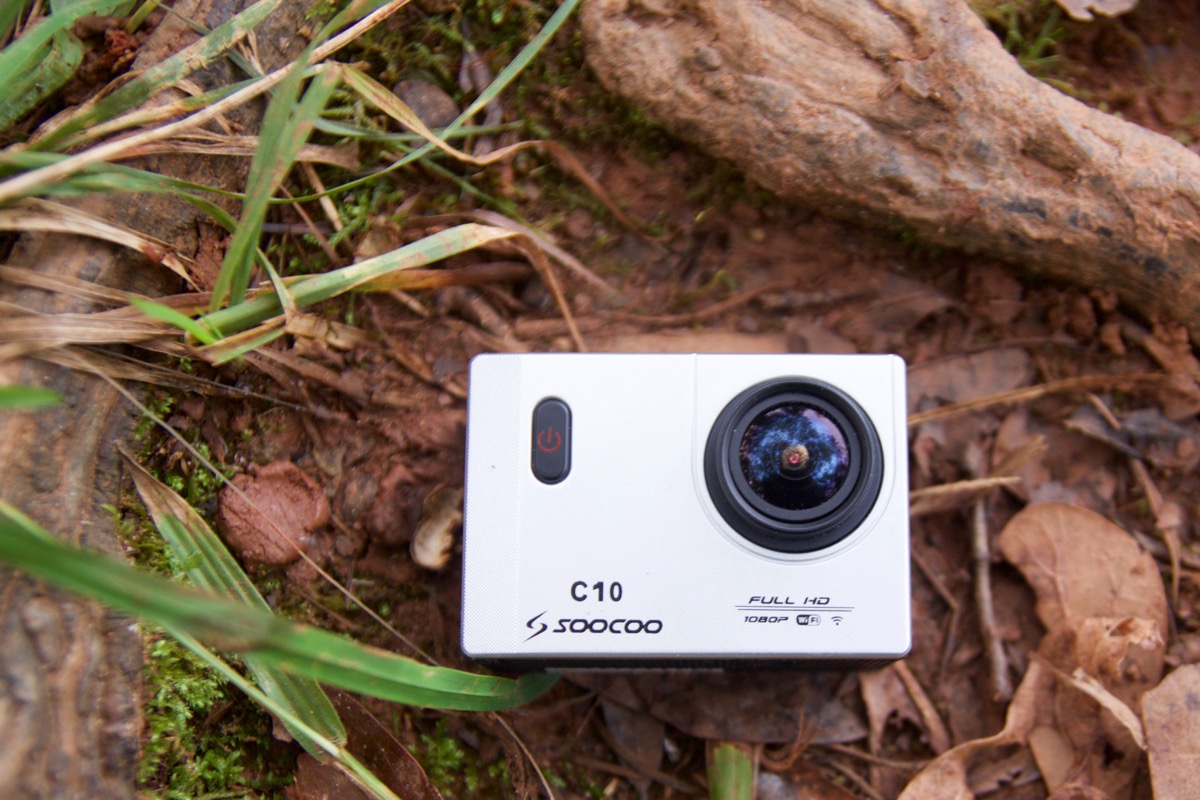 The SOOCOO C10 is an HD action camera priced well under a hundred bucks, and you can pick one up for $79.95 online. It looks just like a GoPro, but the important question is, does it work as well as one? I had to find out. 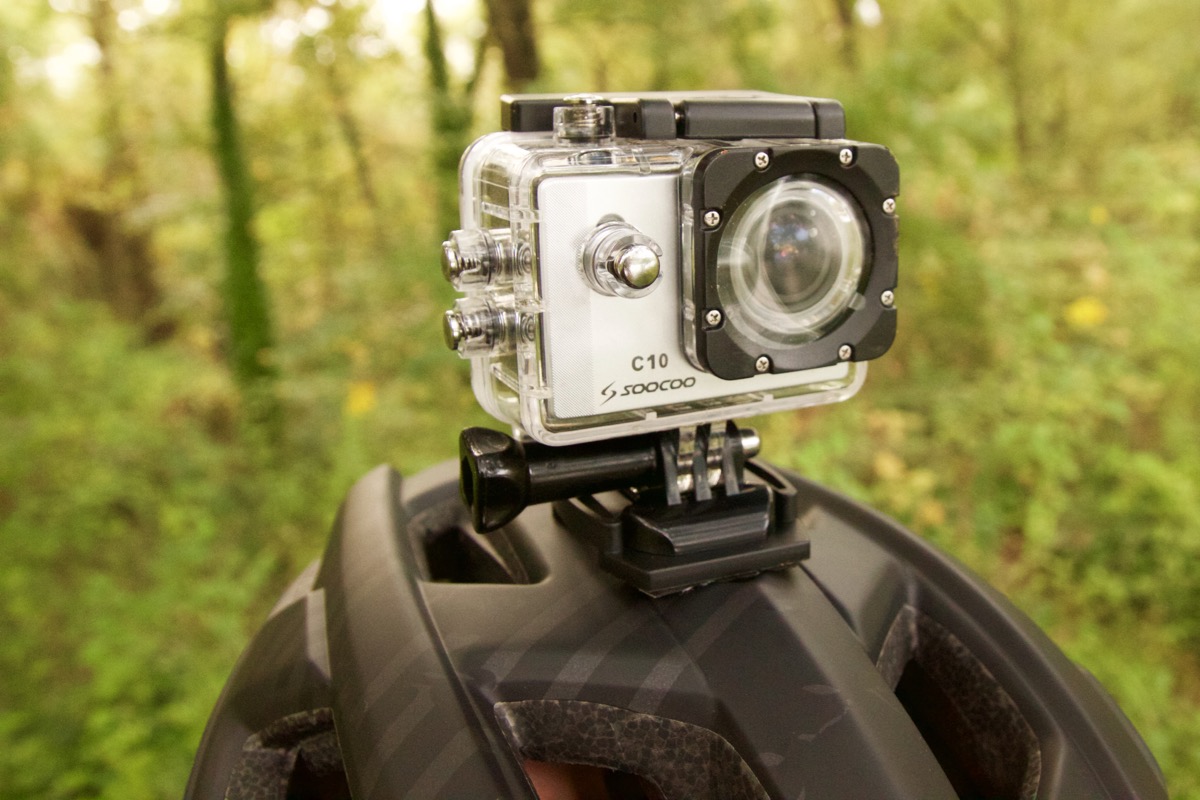 From a distance you could easily mistake the SOOCOO for a GoPro with its signature shape and waterproof case. SOOCOO claims the camera + case is waterproof down to 30 meters. The C10 shoots video at up to 1920×1080 (30fps) or 1280×720 at 60fps. There’s also a still camera mode which shoots 12MP shots. SOOCOO includes a raft of additional features like the ability to use the C10 as a PC web camera or motion sensor, though mountain bikers probably won’t get overly excited about those things. 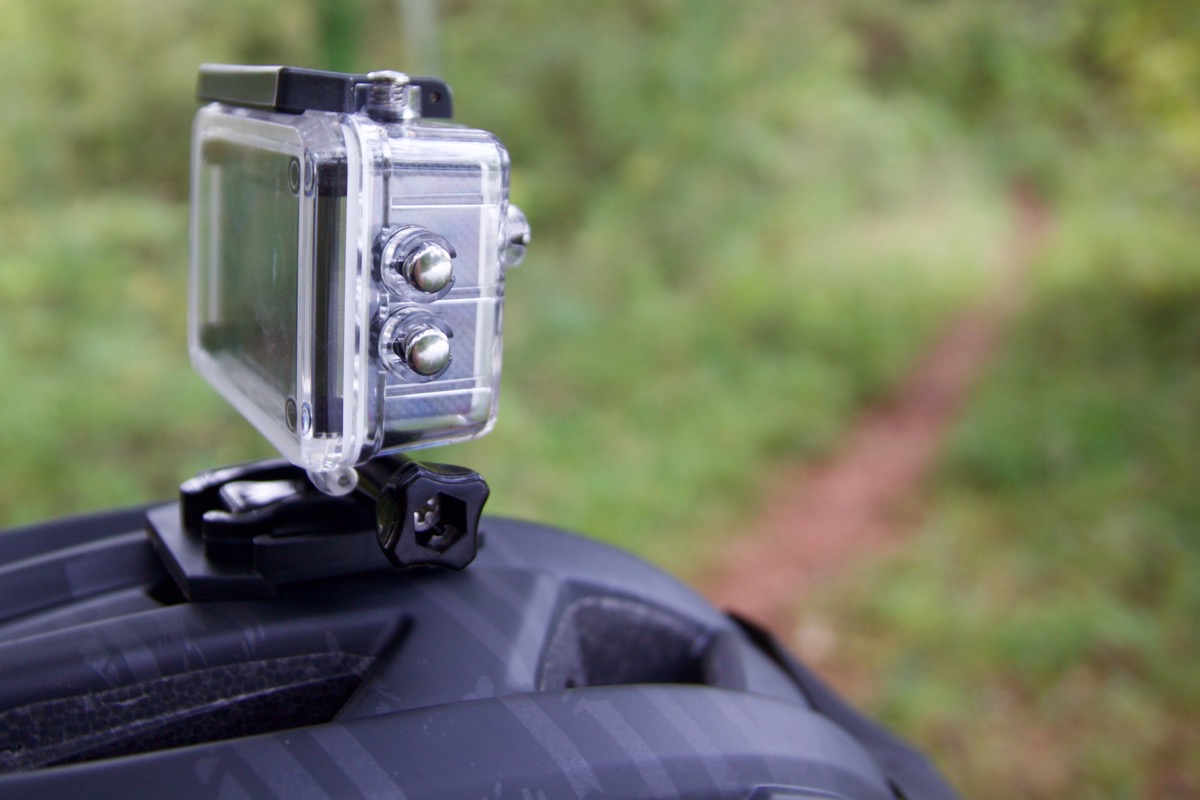 The lens sports a wide 170° field of view, and there’s a 1.5in LCD display on the back of the camera for setting up shots and replaying videos. The C10 includes HDMI and USB output and is MicroSD card compatible (up to 32gb). Battery life is claimed at 1+ hours when recording video at full resolution.

Like the GoPro, there are just a couple buttons to operate the camera. To avoid all those menus, SOOCOO offers free iPhone and Android apps which connect to the camera via WiFi. While I was able to successfully connect my phone to the camera to browse video files, I wasn’t able to preview shots or start/stop the camera via the app.

SOOCOO seems to have done their best to make the mounting system compatible with all the GoPro accessories on the market. The company includes a ton of mounts in the box, making it possible to mount the C10 to a helmet, handlebars, or pretty much anywhere you want to mount it. I found the mounts to be a little shaky and hard to get dialed but to be fair, I’ve always found the same thing with GoPro mounts too. 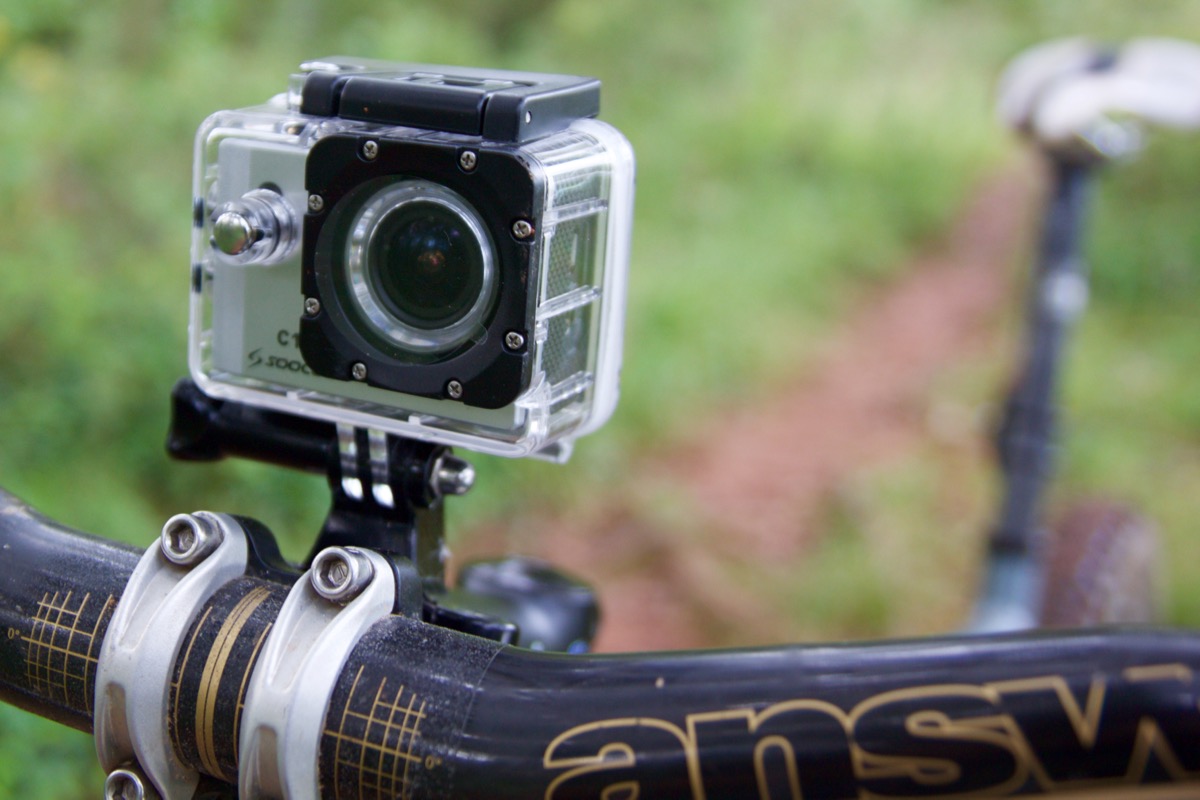 The camera by itself weighs about 60g and feels pretty solid. The rechargeable battery is replaceable so (in theory) you could pack a bag full of extra batteries to document an epic adventure. 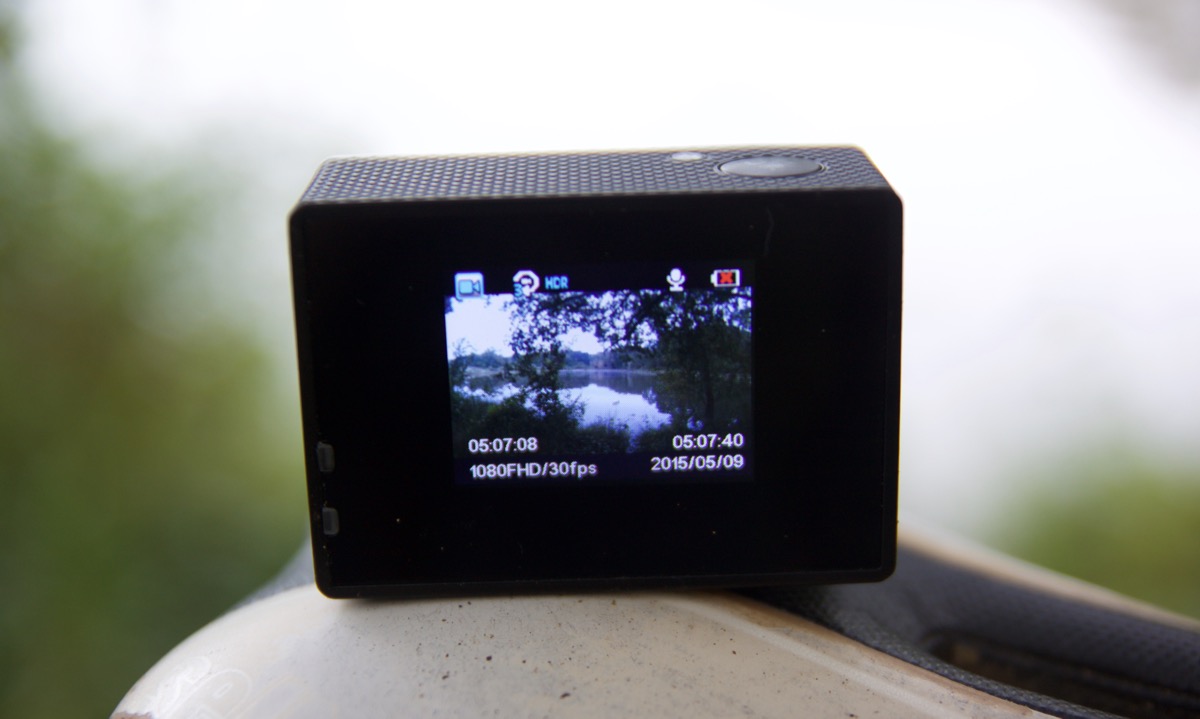 With just a power button and a record button on top, the SOOCOO is pretty easy to use on the trail. However, I found on multiple occasions that the camera would get turned on while in a pack or bag because the power switch is just too sensitive. On the one hand, I spent less time on the trail asking “is the camera on?” but more time being frustrated with having the battery run down before I even got a chance to record.

The overall video quality from the C10 is impressive, though compared to more expensive cameras like the Garmin VIRB, the colors seem a bit washed out and not as bright. It’s possible to fiddle with the video settings on the SOOCOO to get things just right, but I found it wasn’t worth the effort, particularly since those settings would need to be changed again to adapt to changing conditions.

Still photos came out pretty well, even in indoor situations as shown above. The LCD screen works well outdoors, even in sunny conditions. Sound recorded with the C10 is definitely muffled when used in conjunction with the waterproof case, so for fixed shots I generally used the camera naked.

Since the C10 looks so similar to the GoPro HERO, it’s impossible not to draw comparisons. The C10 tech specs roughly line up with GoPro’s HERO+LCD camera ($299.99), though the GoPro can record high speed footage at a higher resolution and gets much better battery life than the SOOCOO. However, unlike the GoPro, the C10 includes a bike mount right out of the box.

For occasional MTB auteurs, the SOOCOO seems like a pretty good choice with all the features needed to get the job done. Plus, at less than $80, losing or damaging this camera on the trail is potentially less painful than with other cameras.

Thanks to GearBest.com for providing the C10 for review.