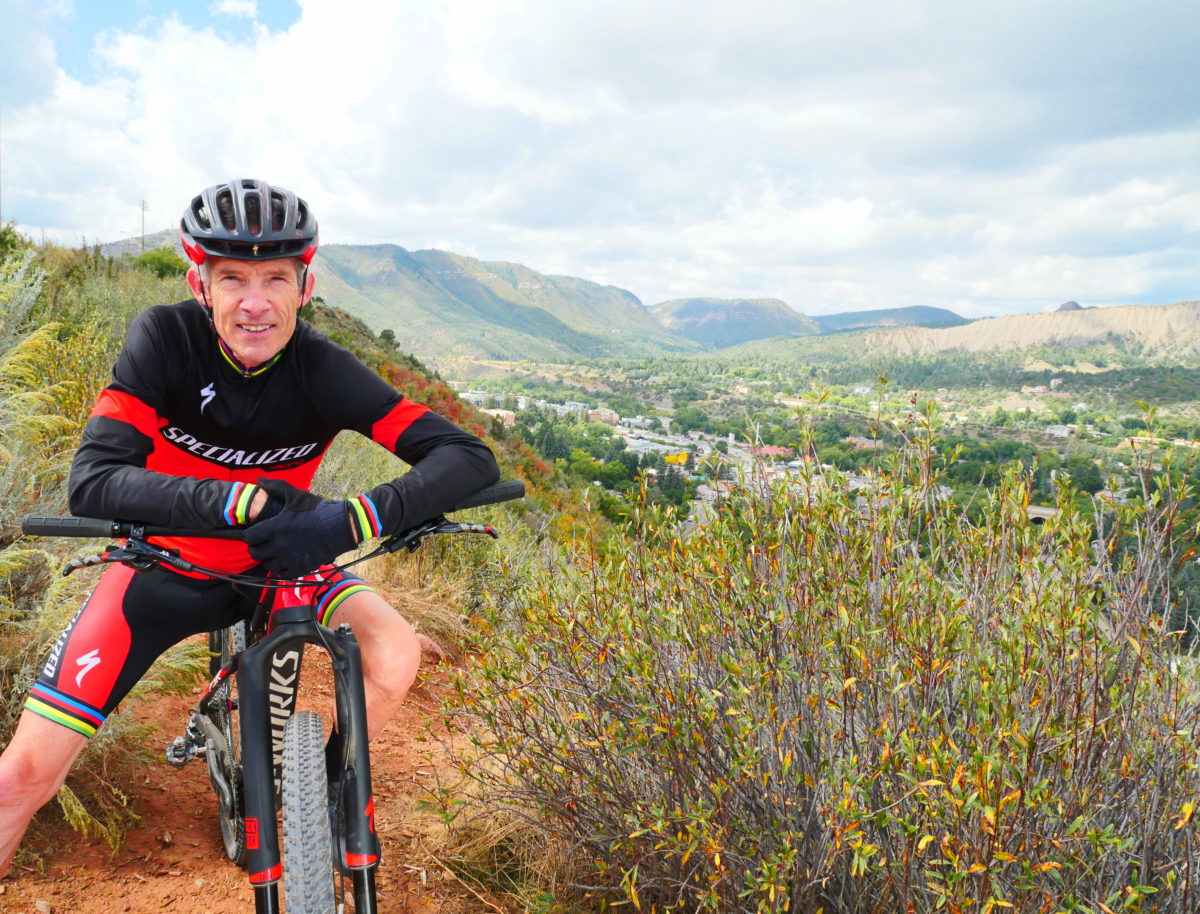 At first I didn’t think anything about it. I was, after all, senior to them but was still riding – a lot – and could hold my own. Then one day I looked in the mirror and locked eyes with someone I hadn’t seen for a while. Staring back at me was my dad. The deep furrows that bunched around my eyes seemed to signal that I only had a few more years of riding left. “How did this happen?” I wondered.

Was the thing that I’d spent more than 25 years doing, loving, obsessing over, talking about endlessly, and traveling to do going to become something I soon couldn’t? Was I headed for the sideline where I’d take a knee for the next 30 years?

Age Is Just a Number

You want proof, right? One name is all you need: Ned Overend.

The multiple-time national and world champion has reached the ripe age of 61 but can still push much younger riders deep into the pain cave. And he can take the top spot on the podium. Just look at one of his last big wins, the national fat bike championship… in 2015. Or even more recently, he placed third at the Iron Horse Classic Road Race. “I’m a lousy sprinter,” he adds, suggesting that he could’ve done even better had it not come down to a mad dash for the finish line.

Admittedly, the man who once said racing “is about pain,” has a fair amount of superhuman hardwired into his DNA. It was perhaps John Tomac who once said Ned really knew how to suffer. Yet he’s also not immune to the slow drip of time that eventually starts wearing us all down. In fact, when I met him recently at Mountain Bike Specialists in Durango, Colorado, the effects of a crash a week earlier were still lingering. If he were 30 years younger, he might have just bounced back.

Still, he’s able to compete and beat racers a third his age. How has he remained so competitive and capable into an age when he should be relaxing and spending his weekends leading charity rides and signing autographs? The same way you can… even if you aren’t wanting to compete, but merely stay strong in the saddle long past retirement age.

Get Your Head Right

It starts with your brain, Ned offers. “You have to have the right attitude. You can’t believe how many people I see who use their thirties for why they’re slowing down.” And if competition is your thing, Ned says, “you can’t be thinking ‘I’m doing okay for an old guy,’ because you’ll lose that edge.”

Next one is easy. Sort of. As you age, it’s harder to get into shape after you’ve lost your form. So stay in shape all year long. If you struggle during the off season because any of the million reasons we all do, Ned also suggests that you be patient when you pick back up. Older bodies will respond to the stress of riding, even if it takes a while. “The fitness does come,” says Ned.

Since it’s better to stay in shape, try switching it around, too, to prevent burnout. Ned suggests cross country skiing or swimming as alternatives to keep your fitness.

In a day and age when every gram is measured, each watt is pored over and re-examined, and every tick of the heart is counted in an effort to eek out a few more seconds against rivals, Ned is decidedly old school. And that has nothing to do with his age. He is, after all, still working for Specialized, a company that moves fast to develop new products, test new technology, and bring innovations to the marketplace. As someone involved in marketing and development, Ned plays a role in those efforts on and off the bike. “The best way to develop a high-performance product and test it properly is to race,” Ned says, “to push it as much as possible.”

He’s clearly no techno grouch. His training, however, is nothing other than a very clear understanding of what his body is telling him and good, old-fashioned sweat equity.

“I base it on feel a lot,” he says. “I’m great at perceived effort training.”

If he goes out to ride hard but nothing shows up, he doesn’t sweat it (nor should you). Instead, he turns it into a recovery ride. When the legs are ready for a beating, he favors intensity over volume and will include a couple of short rides each week, doing intervals of two to five minutes for around an hour. Low volume, he says, makes it easier to recover.

“You have people who love to go out and ride for four or five hours and it’s harder to recover from that,” Ned says. “If your goal is to get faster you need to back off on those. Your training should have peaks and valleys so you have some hard days and short days.”

Recovery – especially for us older riders – is particularly important. Don’t underestimate what one friend once described as “the space between the notes.” Ned says if you train hard, you also need to recover hard. “Sleep is a huge part of it,” he adds.

Ultimately, Ned adds, every person is different. He recommends figuring out what works for you and sticking to it. And if that means getting a coach to help you set goals, stay focused, and to help you stay motivated, do it.

Tend to the Aches and Pains

“Another thing about folks as they get older,” Ned concludes, “is that they are more prone to injury. It’s something I’m dealing with constantly.” 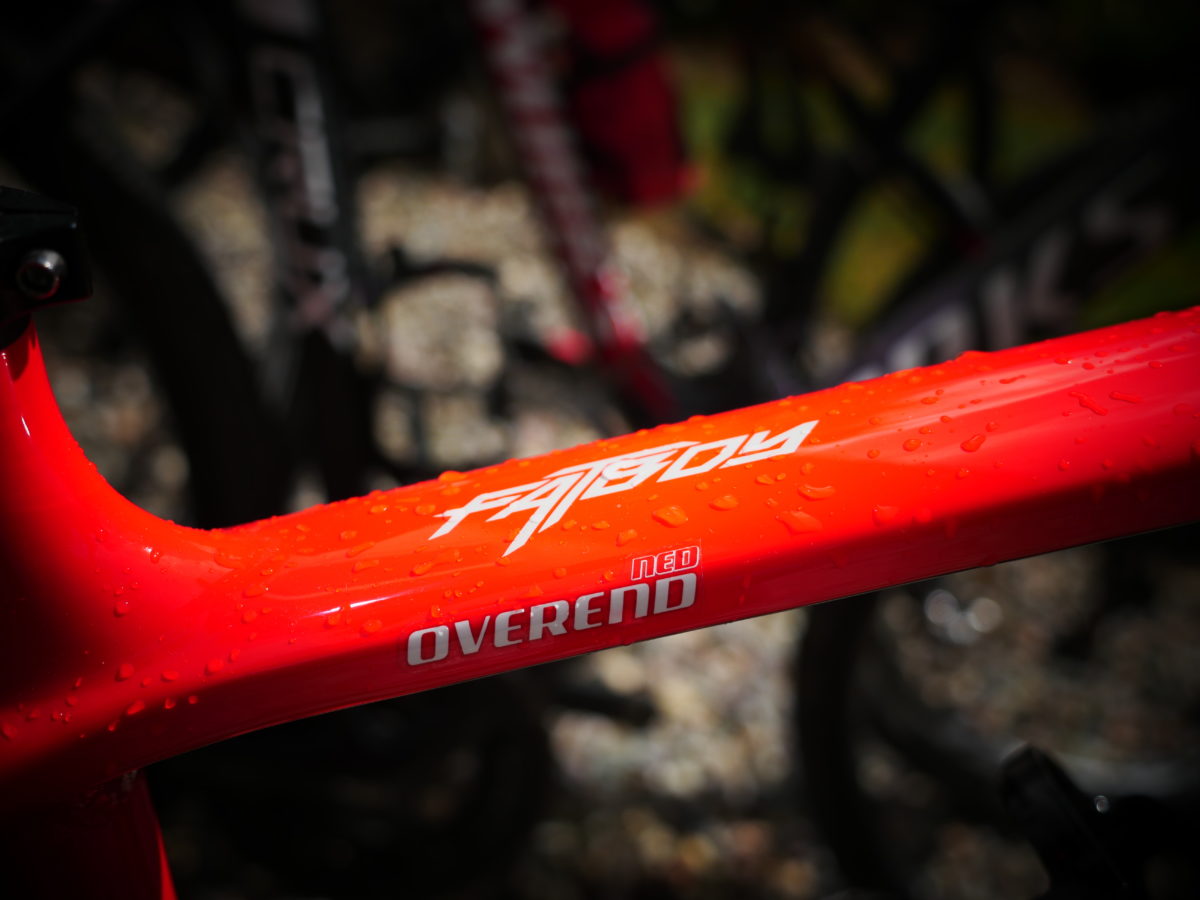 It makes sense. Wrecking has always been a painful reality of mountain biking. It’s the price we pay for getting to enjoy something so incredible. But when I hit the ground now at 52 versus, say, 20 years ago, the pain tends to stick around as a reminder that I’m not as bouncy as I used to be.

Staying on the bike – or getting back to it as quickly as possible – means not wasting time getting to those injuries, nagging sore spots, or tight muscles. Ned attacks any issues he has right away to prevent them from turning into longer-term problems.

“Don’t ignore them,” Ned advises. “Use ice, stretching, whatever is necessary.”

Time to Show us What You’ve Got

Maybe you’re not interested in throwing some haymakers at a few younger folks on the Tuesday night ride. And you don’t have aspirations of standing on the podium at a cross country or marathon race.

This advice is solid even if you’re content to enjoy a couple of weekly rides with friends that turn a little bit competitive when you get to a climb. The bottom line is this: riding your bike further and faster makes it more fun. If you’re struggling because your form is lagging and you’re blaming it on your age, well, that leads to you not enjoying it and, maybe worse, quitting altogether.

Let’s also face facts here. You’re also human. And that means at some point you’re going to want to show people around you that age isn’t a thing, that it hasn’t diminished your ability or competitive spirit. There’s going to be a time when you want to reach down into that tool box and bring out the hammer, show someone far younger than you that you’ve still got game and can leave him or her staring at your quickly disappearing backside. Or maybe, at the end of the day, this is all about being the best version of you, setting and reaching goals, and working on taking care of the only body you’ll ever have.

All good reasons to take this advice from Ned, a guy who knows:

It all sounds pretty simple, right? And it is. Ned’s advice is based on his own incredible success over many decades of piloting just about every kind of bike there is to the podium steps. Staying strong and getting better doesn’t require a monk-like dedication to a complicated, scientifically-designed training schedule that tracks every pedal stroke and heartbeat. All you really need to do is ride your bike, have fun, go hard once in a while, and recover.

This way, you can keep rocking the ride well into your later years and won’t have to sit one of the best parts of life out. And while you’re out there, keep an eye out for me. I’ll be the old guy creaking along making motorcycle noises.

Singletracks
Get Ready for a Bikepacking Adventure with these Gear Picks
Gear
What is 'Too Heavy' for a Mountain Bike?
Videos
Enduro Racing from a Photographer's Eyes [video]
Trails
Crushed by Crosier: Searching for Singletrack in Estes Park, Colorado