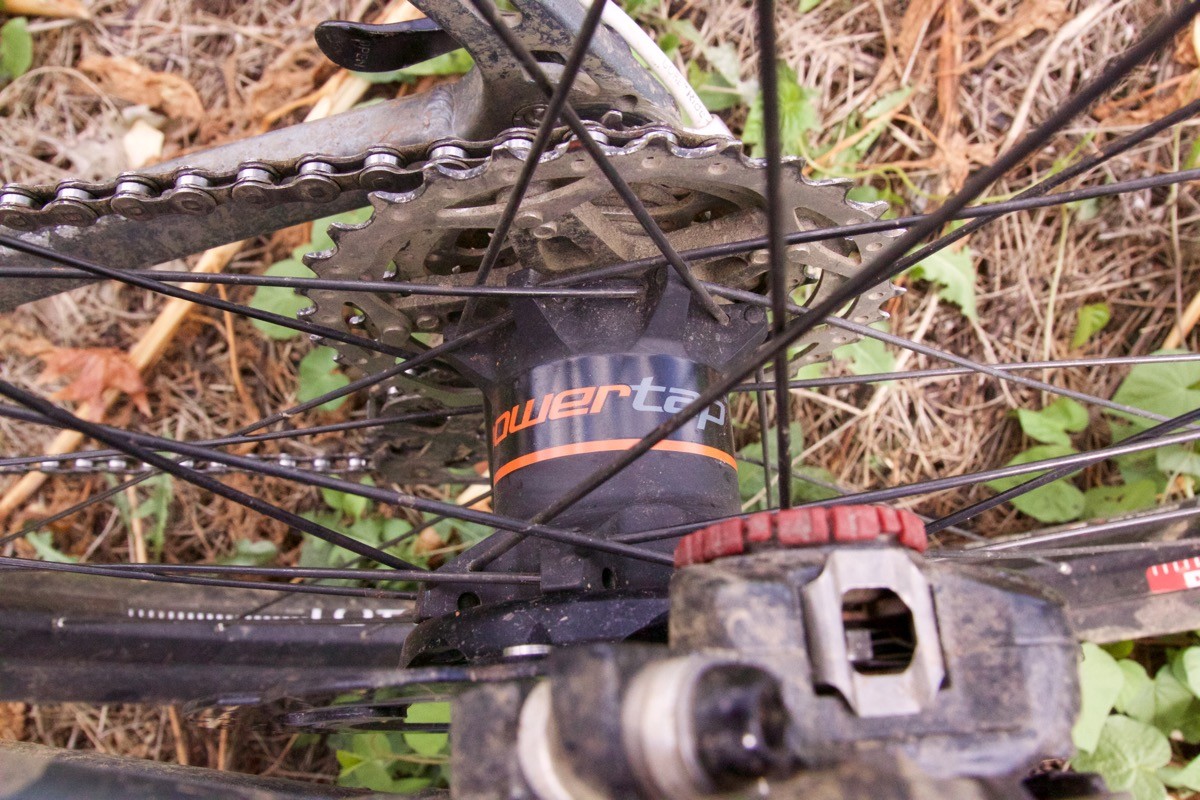 If you’re interested in tracking power data for your mountain bike training, good luck. There simply aren’t many choices available on the market at the moment. At Interbike last fall I made it my mission to seek out anyone who was building power meters for mountain bikes, and while I learned about a number of products that were “coming soon,” few were available for testing. PowerTap is the rare company that has been producing an MTB-compatible power meter for years now–Syd reviewed one of their models way back in 2010–so I was excited to test their third generation G3 Rear Disc Hub power meter and Joule GPS+ head unit for myself. 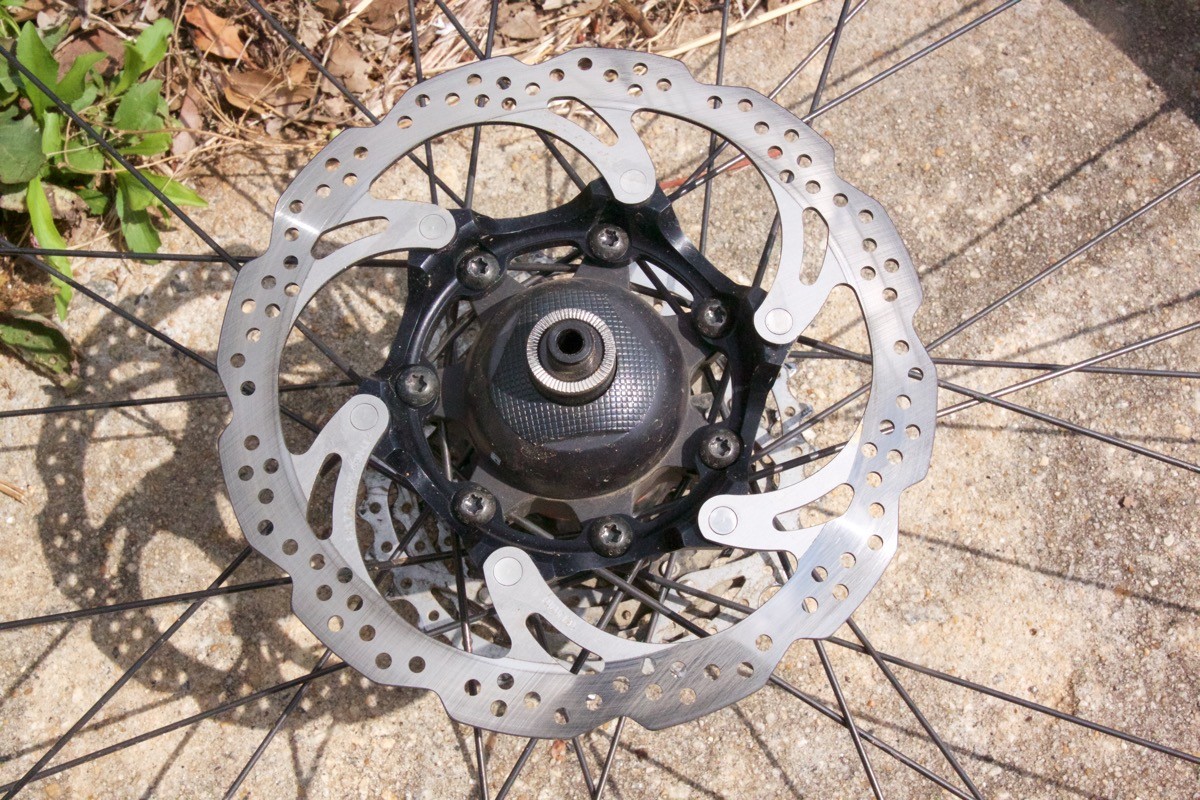 The PowerTap G3 Rear Disc Hub is exactly what it sounds like: it’s a power meter embedded in a disc brake-compatible mountain bike hub. The hub weighs 350g, which is a little on the heavy side for an MTB hub by about 100g, but it’s significantly lighter than some other power hubs on the market. Buyers can choose from 24- or 28-hole configurations, and the hub is compatible with both 142x12mm and 135mm QR axles. The PowerTap G3 Rear Disc Hub ships with a proprietary 160mm rotor that adds another 150g to the package. An XD driver body is sold separately for those who are running SRAM 11spd drivetrains. Sadly, a Boost 148 version is not available at this time. 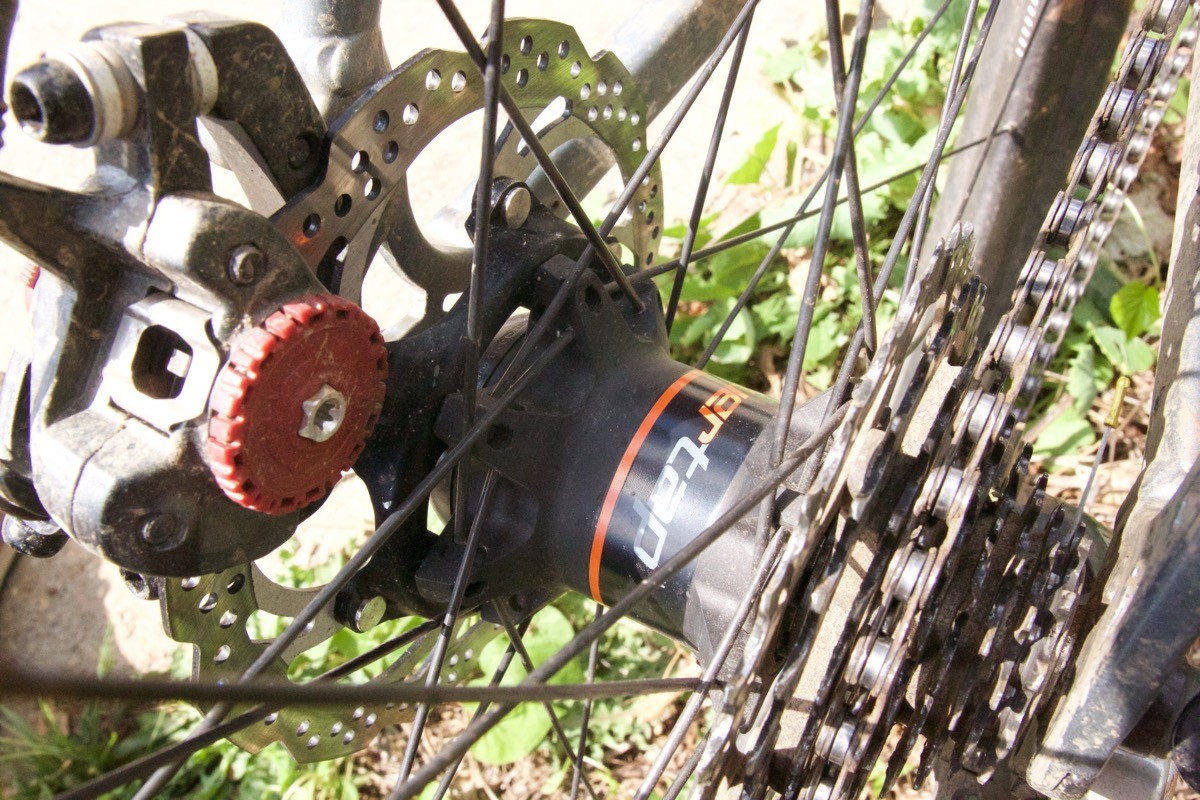 PowerTap offers the G3 Rear Disc Hub as a standalone purchase for $799, which allows buyers to incorporate the hub into their own wheel build. The company also offers complete wheelsets, including a sweet-looking set laced to Enve M Series 50 Fifty rims for an eye-watering $3,299. 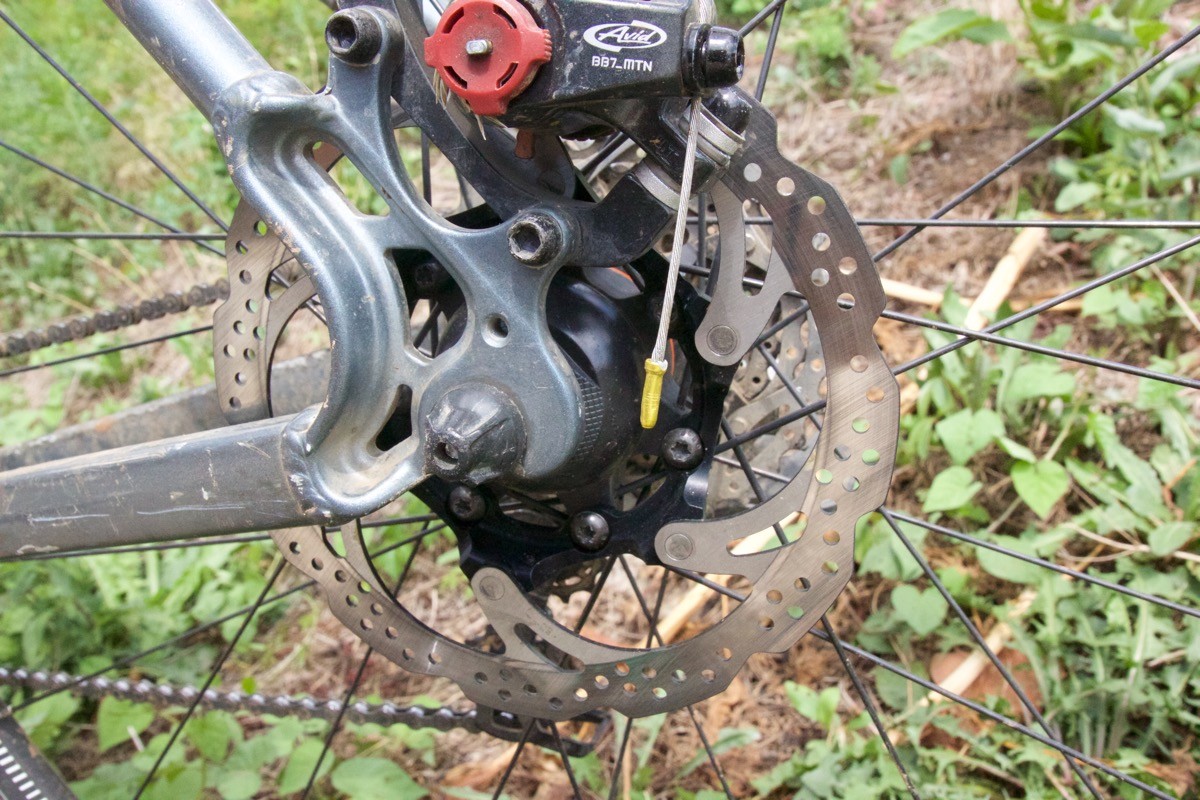 The hub I tested was built up with DT Swiss MX401 rims, and it was a breeze to install the rotor, my QR axle, and cassette. The hub features a 6-pawl freehub design, and in my testing I found it produced snappy engagement with a medium-to-loud freewheel buzz. I hardly noticed the added weight of the hub.

There are no buttons or settings to tweak on the hub itself; it basically just transmits power data via Bluetooth SMART or ANT+ whenever the hub is rotating. The hub does utilize a battery with a 200 hour estimated lifespan, though I’ve been testing the PowerTap G3 hub for months and it’s still going strong. Fortunately the entire unit is serviceable, so owners can change the batteries, replace bearings, swap driver bodies, etc. with minimal hassle. 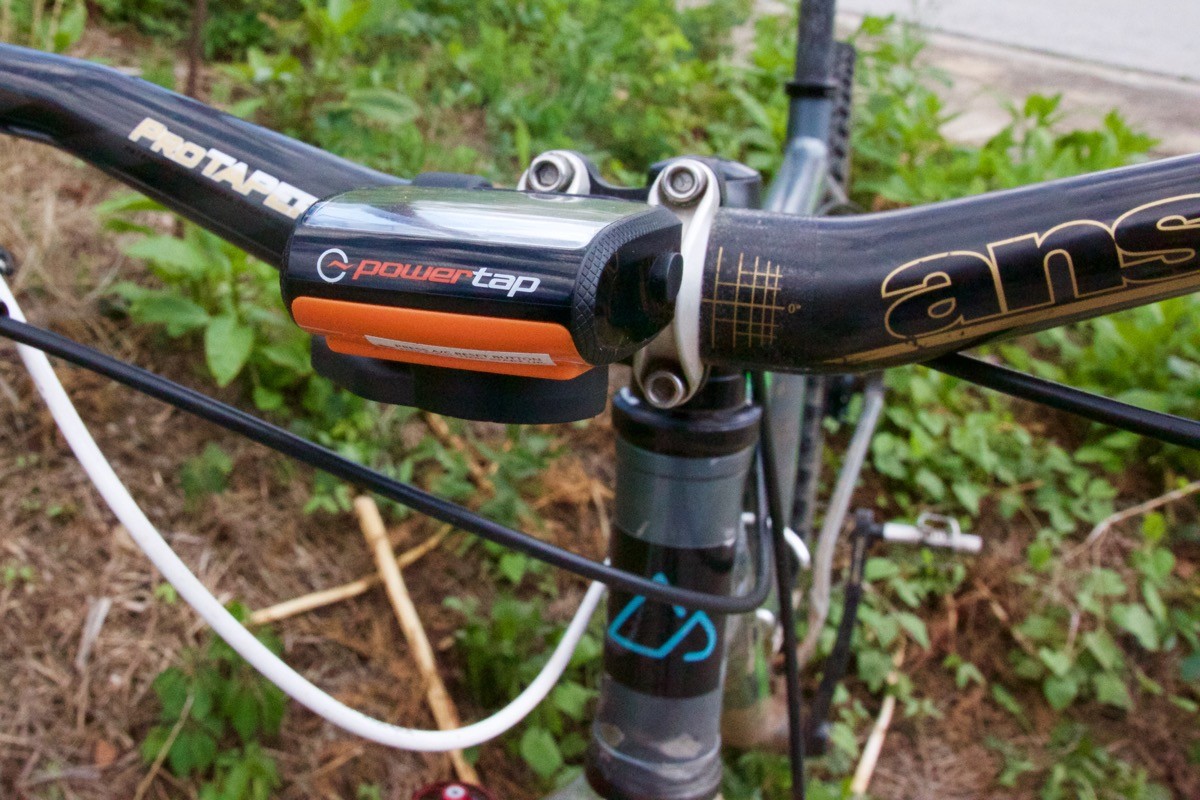 The power data collected by the PowerTap is pretty much useless without a head unit to collect and display the data. Fortunately, many GPS devices from companies like Garmin and Wahoo! Fitness are ANT+ compatible. And Bluetooth SMART (aka LE and Bluetooth 4.0) can be used with modern smartphones. I had no problem pairing my iPhone with the PowerTap G3 hub in both the Strava and PowerTap (free) apps. 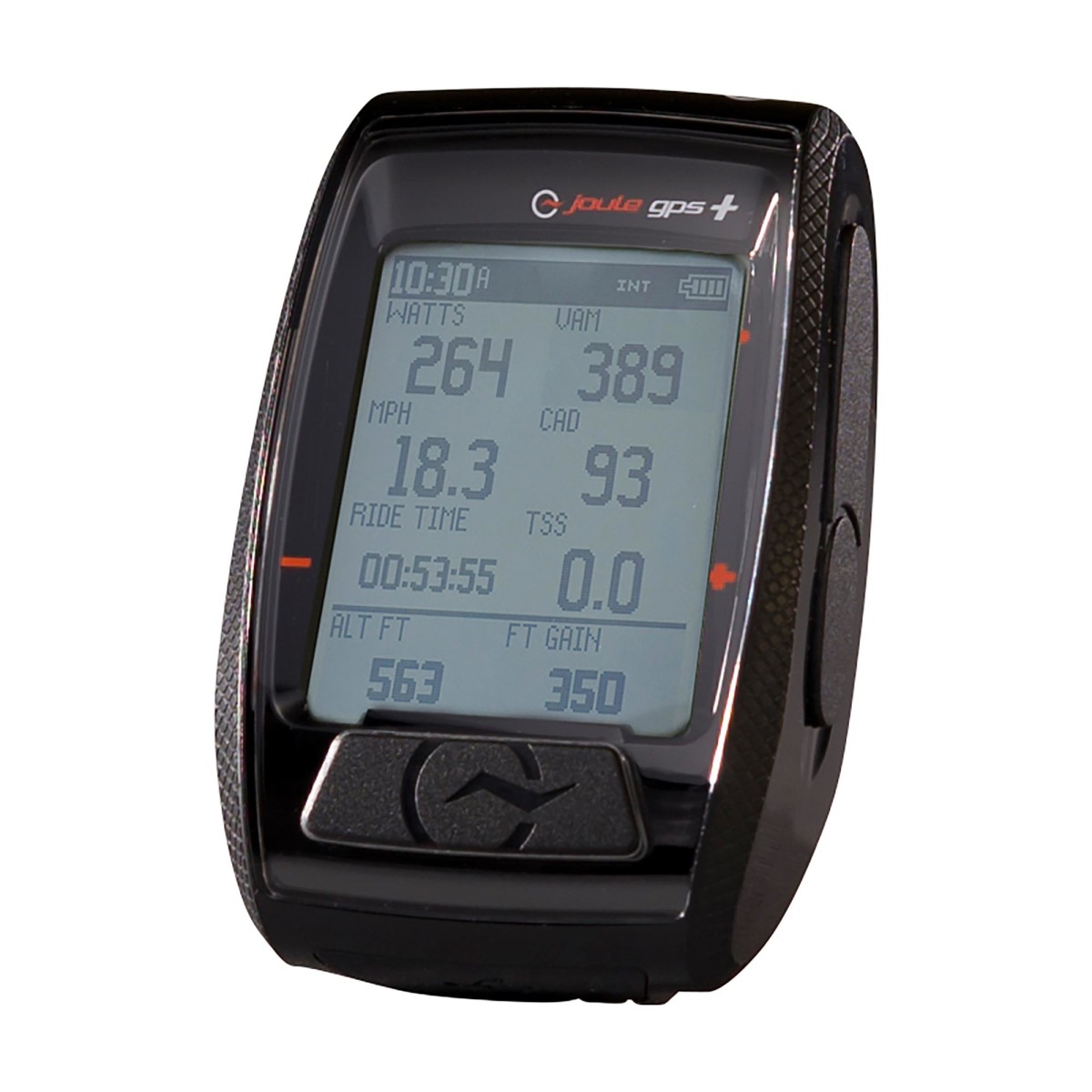 The Joule GPS+ is a full-fledged GPS unit that records and displays speed, distance, and elevation on a basic monochrome LCD screen. Not only that, the GPS+ collects temperature data during the ride, along with all the power data produced by the PowerTap power meter.

I found the GPS unit easy to install, and the small size allowed me to easily forget I even had it clipped to the bike. The small screen can be difficult to read, especially when you’re bumping along a mountain bike trail at speed, but it’s possible to customize the display to show just the real-time data you’re interested in monitoring. The buttons and menus can be clunky, but then again, pretty much everything that doesn’t have a touch screen or keyboard feels that way these days.

The Joule GPS+ is rechargeable via a USB cable, allowing the user to download data to a computer for additional analysis and sharing.

It seems like a lot of people like to claim they are “data geeks” these days, but using the Joule GPS+ and PowerTap G3 hub exposed me to a whole new level of geekery. Want to plot temperature and power output to see how you fare in the heat? You can do that with the free Power Agent software. (I tested the Mac version, but there’s also a PC version.) Or, track how smooth your cadence is when you’re climbing vs. pedaling flat stretches. The desktop software is seriously overwhelming, and just viewing all the tabs and charts from a single ride can burn hours down the rabbit hole!

Power users who want even more flexibility can download the raw data from the desktop app to use in a spreadsheet or other custom software. I actually tapped into raw numbers for this test and others, and to see second-by-second readouts from the power sensor.

Truthfully, though, most users–even serious pro cyclists–will likely get plenty of value out of the PowerTap G3 power data from apps they already use, like Strava and Garmin Connect. Sure, Strava users in particular will need to pony up for Strava Premium to track power data, but based on my testing, the whole process is dead easy.

True geeks will be glad to know the PowerTap G3 Disc Hub is accurate within ±1.5%. If that number makes you uncomfortable, it’s worth comparing to other MTB solutions, most of which hover around ±2% accuracy.

If you’re serious about training for mountain bike races or just like to geek out on data about your rides, the PowerTap G3 Rear Disc Hub and Joule GPS+ cycling computer are just the ticket. Sure, getting the hub laced up to a set of wheels is a bit of a hassle and expense, but the upshot is that once that’s done, everything works seamlessly with the tracking devices you already own.

Singletracks
MTB Training Product Picks: Make 2021 Your Strongest, Healthiest, and...
Progression
5 Ways You Should Train Like a Roadie
Progression
How to Stay Strong on Your Mountain Bike as You...
Gear
Wahoo Fitness Releases New Easy-to-Use ELEMNT GPS Unit