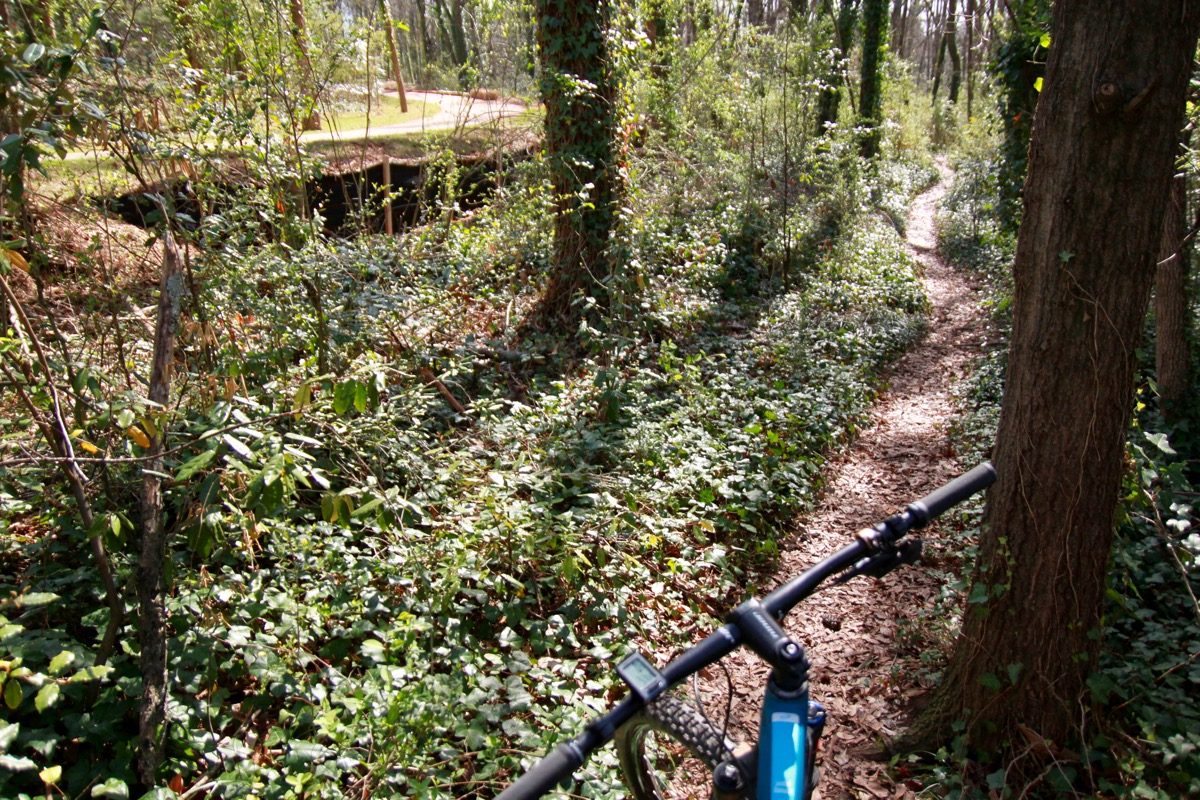 According to the Google, gentrification is “the process of renovating and improving a house or district so that it conforms to middle-class taste.” It’s a popular term that’s been thrown about a lot lately, especially as many millennials choose to make their homes in urban areas all around the United States (though that may be changing). Here in Atlanta, countless neighborhoods are marching toward gentrification, and as it turns out, so are some of our favorite mountain bike trails.

Atlanta is known as the “city in a forest” thanks to a nearly continuous canopy of tree cover that blankets the city. Compare the 49.8 inches of precipitation Atlanta receives each year to Seattle which receives just 34.1 inches, and you start to understand how unique Atlanta is among large cities.

Running underneath the canopy are countless creeks and streams, slicing through the city, shaping the topography into rolling hills and hidden coves. The result is pockets and ribbons of land scattered throughout the city that are either too steep or too low-lying to be used for houses or buildings.

But don’t assume these open tracts are underutilized; on the contrary, residents prize these open spaces–no matter how unofficial the no-man’s land might be–for their beauty, solitude, and yes, recreation. Now, I’m talking about mountain biking. 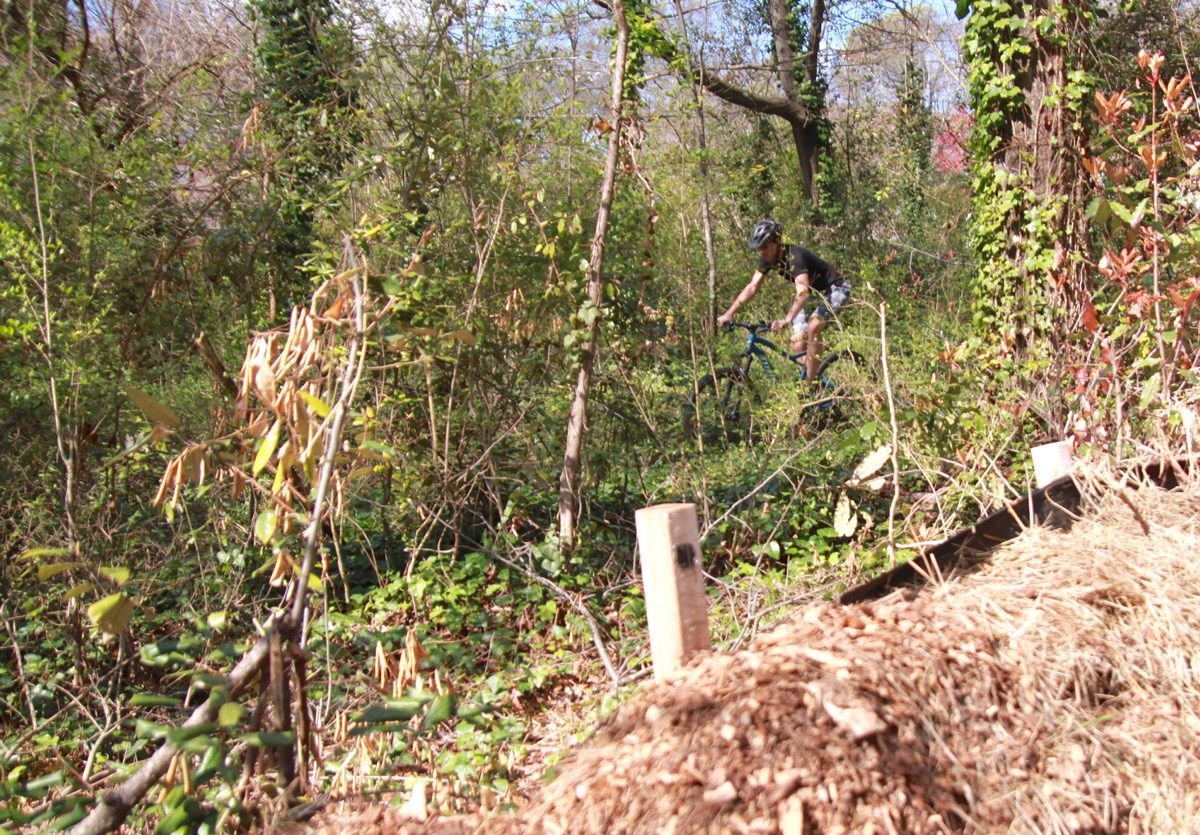 The urban mountain biking scene in Atlanta is fairly vibrant, with mountain bikers, mostly on the east side of town, riding and connecting random bits of singletrack together. Many of these singletrack trails started out as social trails created by hikers and in many cases, the bikers themselves, and miraculously one rarely hears of any user conflicts. Atlanta truly is a city too busy to hate.

With new residents flooding into the city of Atlanta, due in part to the current urban-living renaissance, there seems to be a demand for more polished recreational paths where one would be comfortable jogging with a stroller or roller blading for exercise. In fact, one of the most well-known, transformative projects currently underway in Atlanta is the Beltline trail, a paved path that will eventually circle the inner core of the city. Residents love the Beltline, which is obvious to anyone who has visited on a weekend only to find joggers and bikers practically elbowing one another for position.

Other projects are taking place east of town, most notably in Mason Mill park where a network of singletrack trails has been enjoyed by residents for decades. A paved trail was built right through the middle of the park several years ago, yet those who prefer dirt to concrete managed to re-route many of the old trails. Another large-scale trail gentrification project is currently ongoing, with a massive, wide, boardwalk system being built to allow visitors to access parts of the park previously only accessible via singletrack.

We often hear of cases where mountain bike trail systems are threatened due to development–say, when a shopping center or a subdivision is built on previously open land–but trail gentrification is different. For one thing, trail gentrification often takes place on public land. No one can argue that a developer has the right to do whatever they please with their land if they own it. But how should trail experiences be prioritized when there is a diverse group of users involved? 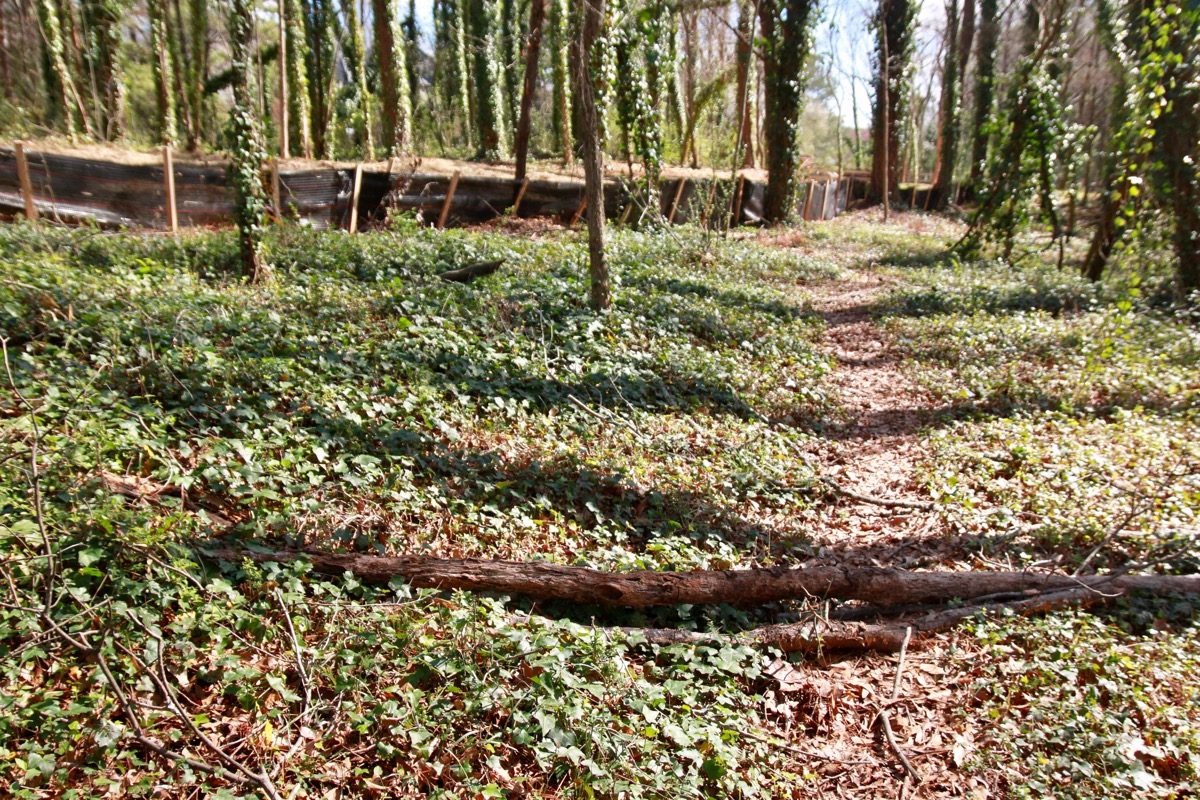 As a mountain biker it’s easy to think this isn’t fair, and to argue that trails should remain the way they are. Unfortunately for us that isn’t very democratic, and also ignores the fact that we chose to build many of these trails based on our own preferences, just as the paved path advocates are doing today.

There Is a Solution

Leave it to the city that’s too busy to hate to demonstrate a possible solution to this dilemma.

I have a friend who has been working for years to build and maintain nearly a dozen miles of unofficial trails, treasured by mountain bikers and hikers alike, in a local park. Once construction began on a greenway path that cut right through the trails–literally dissecting dozens of hand-built switchbacks–my friend went into action.

Rather than slashing silt fences and sabotaging the work being done, my friend simply started showing up and chatting with the workers. Eventually, he met some of the planners and supervisors on the project and told them how much he enjoyed riding his bike on the existing network of singletrack trails. After talking for a bit, one of the bosses handed my friend a can of orange spray paint and said, “Mark an X on any logs or trees we knock down onto the trail, and one of my guys will cut them out.” 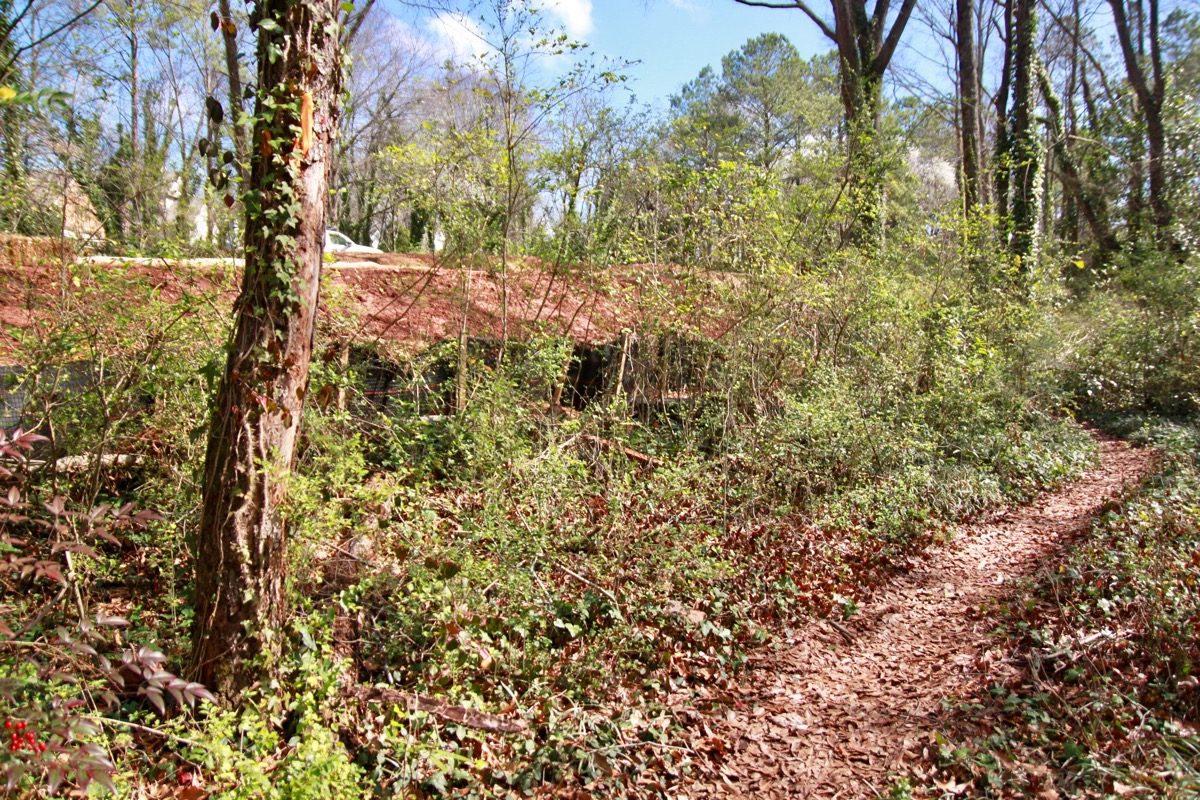 The thing is, greenway paths and singletrack trails don’t have to be mutually exclusive. Sure, it takes some creativity but trail builders, many of them working in an unofficial capacity, have been finding ways to re-route and share space with more polished trail projects for years now. A perfect example of this is the Silver Comet Side Trail, cut inside the Silver Comet Rail Trail corridor used by thousands of joggers and road bikers every year.

Of course not every project offers the possibility for singletrack and concrete trails to co-exist, which is where MTB advocacy organizations can get involved. Simply showing up and letting our preferences be known early on in trail “improvement” project planning at least gives us a voice. Even if mountain bikers and hikers are outnumbered by those who want a more tame trail experience, at the very least we can say democracy is working as it should.

Your turn: Have any of your local trails been gentrified yet? Is this a trend that’s gaining steam, or is it just a fact of life?

Trails
The Envy of the PNW: the Organization and Woman Behind...
Trails
The Top 10 Mountain Bike Destinations, As Chosen by the...
Trails
Night Riding in Atlanta: The Most Dangerous MTB Ride in...
Community
This MTB Group is Building Trails and Having Fun on...

Gear
You Have $5,000 to Spend on a Mountain Bike. Which...
Progression
Sizing Up or Down Plus Handlebar Widths and Crankarm Lengths:...
Gear
Never Underestimate the Power of a Good Zip-tie
Gear
The Shimano GRX Drivetrain Brings Familiar Mountain Bike Tech to...
Subscribe
Login
Please login to comment
4 Comments
Most Voted
Newest Oldest
Inline Feedbacks
View all comments

Great piece Jeff. Democracy, having a voice, not spewing anger and hatred with that voice … especially when decisions do not go one’s way. That is democracy with civility which is a treasure some seek to destroy. We must work to keep our brotherhood as a nation even in our disagreements.

This isn’t necessarily in the same boat as ‘trail gentrification’ but it is a great example of two parties coming together to work towards the greater good.
Within the past two years the RDU airport has begun reevaluating a land contract they have with Wake County that pertains to the Lake Crabtree County Park. This park contains a mixture of hiking and singletrack trails that are enjoyed by all. Initially, RDU’s plan was to renovate this park into some sort of business that could produce more revenue, but after a year of advocation from local trail users and organizations (Triangle Off-Road Cyclist, TORC, and Umstead Coalition) there is now a study being conducted that investigates the possibility of creating a trail center (that will ultimately save the trails and green-space in Raleigh).
I think it is a pretty great example of two parties with different perspectives attempting to find a solution that benefits everyone involved.
http://www.newsobserver.com/news/local/counties/wake-county/article128289159.html

Lake Crabtree was my go-to spot for taking first time riders, glad to hear the trails may be saved from the chopping block.

What’s the deal with the 286 trails across the highway? When I lived in the area they were not exactly legal and I was told they were on Airport property.

Technically, they still exist and technically they are still airport property and are technically not quite legal (but is it really illegal if you don’t get caught?) I don’t know what the plan with the 286 trails will be if this trail center happens. Hopefully, they merge them together, but who knows.

The Crabtree trail system is great! One of my favorite to ride in the Triangle. They are definitely prime real estate for beginning mtb riders.