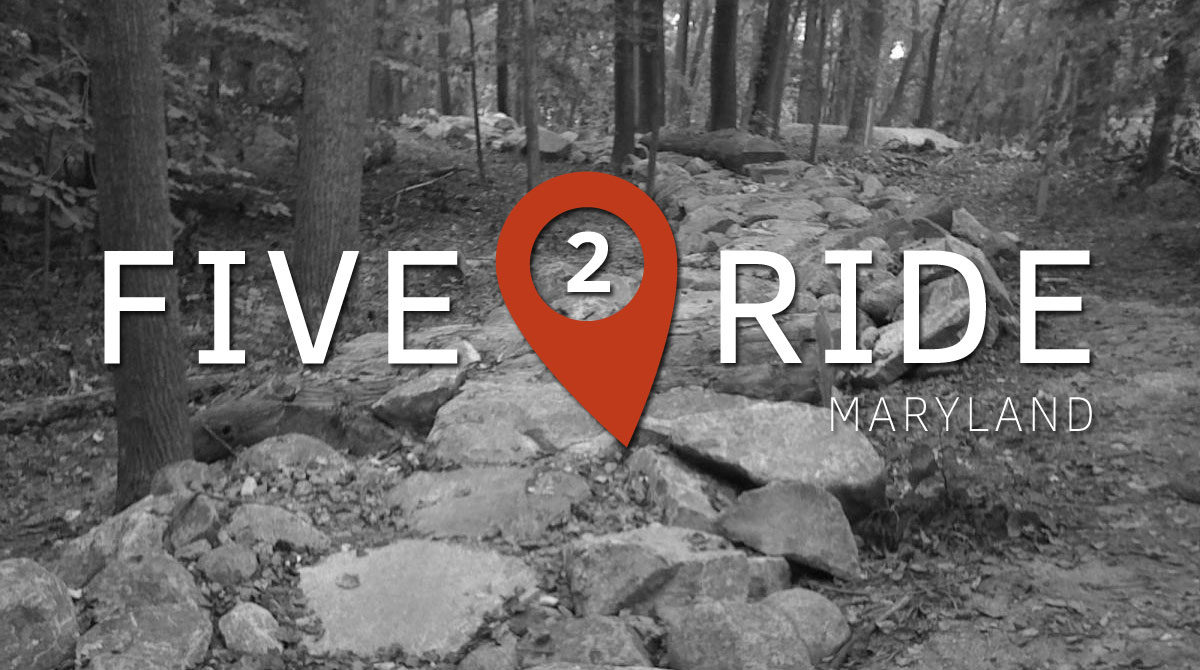 For such a small state, Maryland offers a good deal of geographic diversity. Housing the major metropolis of Baltimore and sitting adjacent to Washington D.C., there’s lots of population and all the trappings that go with that. Annapolis is renowned as home of the United States Naval Academy, and for being a world class sailing mecca even for non-military sailors, and of course, Chesapeake Bay is the source of all those wonderful blue crab cakes.

Fortunately, Maryland’s geographic diversity also provides a surprisingly good base for a variety of mountain biking opportunities. From rolling hills and meadows to a genuinely gnarly slice of Appalachia, this odd-shaped state is home to more miles of quality singletrack than most would expect, and an equally enthusiastic corps of hardcore mountain bikers who keep all those great trails in tip top shape.  Here are five of the state’s most venerable venues for turning cranks:

Fair Hill offers far better than just “fair” riding. While not intuitively laid out or well marked, there’s tons of singletrack here and you can ride a long time without repeating yourself, and come back many times to develop different loops. Mostly non-technical and wide-open, this is cross country racing paradise and as such, home to a couple of the East’s bigger races every year.  If you’re looking to bust out some miles, Fair Hill is one of Maryland’s better options.

“I love this place and ride here several times a week. I live between Fair Hill and White Clay and prefer Fair Hill — it’s more challenging. There are miles of singletrack, marked loops, and lesser-marked trails off the marked ones. Keep your eyes out for signs saying not suitable for horses — they are some of the more fun trails. There is [a] sufficient amount of trails that you can easily mix up your rides and not be stuck to the same trails.” – Big1Dawg

Here you get an epic twofer. While technically different riding areas, Gambrill State Park and the Frederick Watershed are connected by the all-singletrack Catoctin Blue Trail, combining for enough rugged backwoods trail to get you lost and keep you that way all day. While Gambrill is a maintained state park, the Watershed is unmarked and unmaintained, and a truly wild experience despite its proximity to civilization. Both are rocky in the extreme, and anybody looking for fast and buff will be rebuffed rather quickly. But for those looking for opportunities to test themselves, this epic combination is unbeatable in the mid-Atlantic.

“Some of the best riding on the East Coast in my opinion. It’s by far the best riding in Maryland. Depending on what trails you’re riding, most of this area is not for beginners and will test the metal of your bike. Big climbs, big DH, lots of rocks and boulders, stream/creek crossing, and tons of amazing views.” – dubinjs

For years, Patapsco Valley State Park has sat atop Singletracks users’ rankings as the best trail system in the state.  Part of this is accounted for by its proximity to Baltimore, but this ranking also springs from the variety the area offers. Actually, Patapsco is comprised of a few geographically separated areas, each of which has its own character. Specifically, the Avalon area gets the most kudos, but other areas have plenty to offer as well.

“Hidden gem!! You won’t be disappointed making the effort to find this trail system. A mix of flow, rock gardens, bridges, and S curves, with well-maintained berms and trails. Camping available and wicked friendly locals. Hit this place up!!” – DauraB 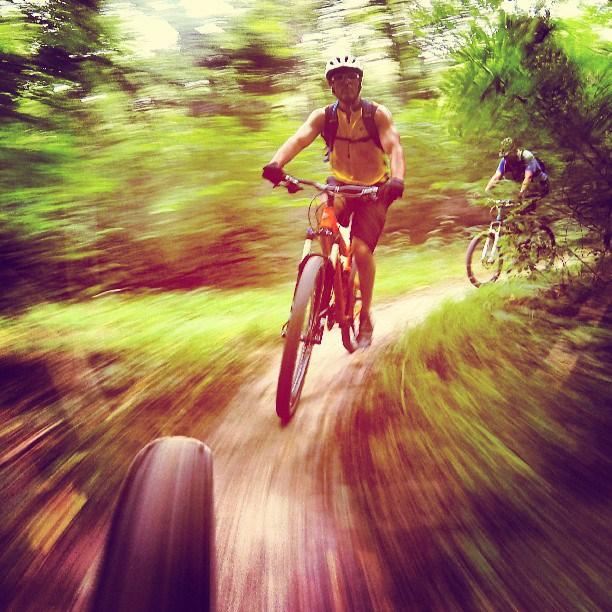 Our first great Maryland ride, Rosaryville State Park, is tucked away next to a pleasant suburban area midway between the nation’s capitol and the Chesapeake Bay. Here, a fast and flowy nine-mile loop occupies the mildly hilly terrain, bobbing and weaving through some typically dense eastern forest. It’s not highly technical and it doesn’t provide a lot of photo ops, but it is a rippin’ fun ride. An extra two miles of singletrack cuts an inner loop and includes a few features for those looking to focus on skills as well as aerobics.

Catching that #goldenhour cruising the farmlands of Maryland. ????: @the_radifier #mtb#mountainbiking#bike#maryland#schaefferfarms#picoftheday#outdoors#stoke#photooftheday#tldbike#bikeonscott#catchingrays#prettyneat

Schaeffer Farms is another suburban gem. Just a short jaunt from DC, this area is a favorite with locals who care not one hoot about its lack of technical challenge, but rather revel in the miles of flowy and exceptionally well-marked and maintained singletrack, which ducks in and out of forests and fields on a most welcome bit of open space.

“First, I have to say I loved this place. So many awesome trails. Being able to ride in the woods, up and down over roots and logs, and on the edge of corn/soybean fields and through them is amazing.” – Jason Peck

Bacon Ridge Trail is a fast trail and does have some steep climbs when going clockwise! Makes things quite interesting!