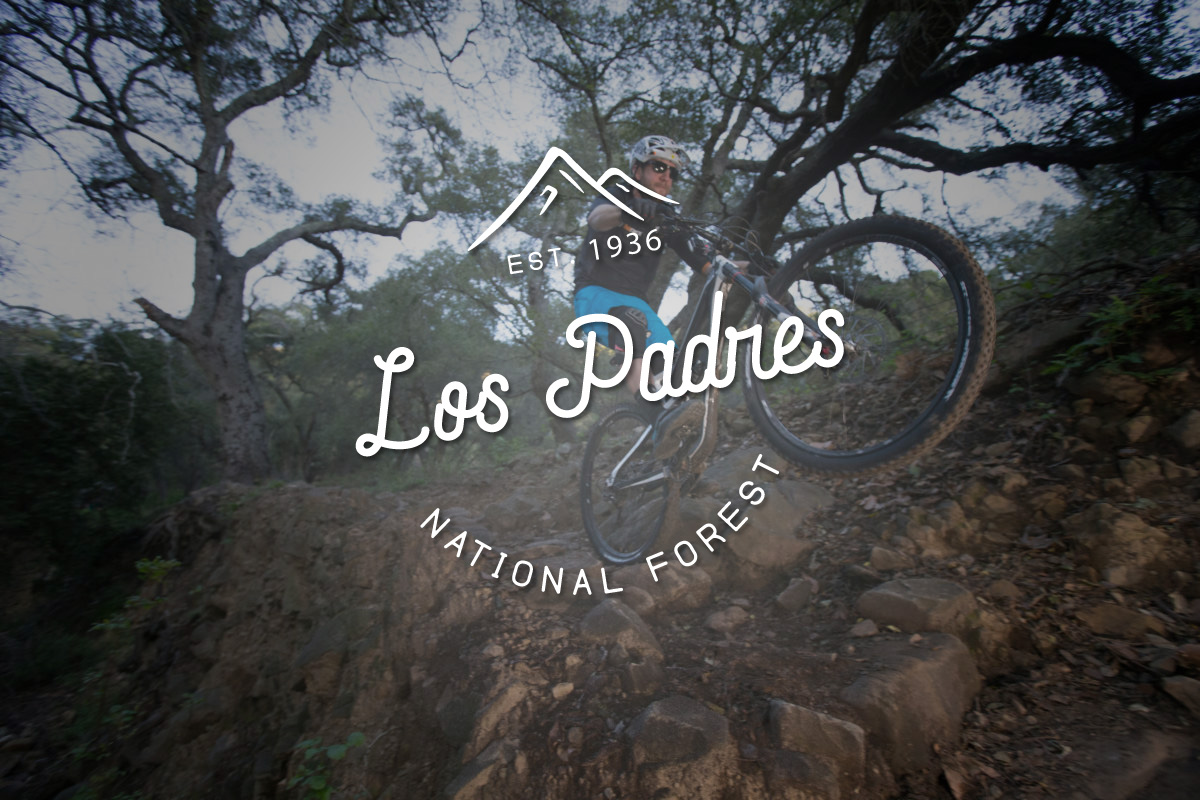 As a largely coastal national forest, the Los Padres National Forest in Southern California allows visitors to ride in one world and see the other. 3,000-foot peaks may not sound that tall to a Coloradoan like myself, but they are every bit as impressive as the peaks in the Rocky Mountain State when you consider they begin near sea level. The coastal California mountains rise sharply from the Pacific Ocean, rapidly gaining elevation, offering riders endless views of the blue waters while pedaling in often dry mountains. This contrast is just one of the things that makes this area special to locals and visitors alike. Here are some of the best highlights for both on the bike and off the bike activities in this unique area.

Here are the best highlights of Los Padres National Forest, both ripping mountain bike trails and off the bike activities:

The West Cuesta Ridge trail truly provides something for everyone: long, lung-busting climbs; miles of narrow singletrack ribbon; chunky downhill; and even some unlikely man-made features. With all this going for it, it’s really no surprise this network due north of San Luis Obispo gets top reviews from area riders.

“Morning Glory is a great, chunky dowhill, and the Eucs was very impressive! It was cool to see all those features in pretty much the middle of nowhere! They even have shuttle service on certain days.” -Jared13

More than mere XC, but not really true downhill, Frazier Park’s McGill trail offers good variety for riders of mixed abilities. Like many Los Padres trails, the top can be gained either by sweat or by shuttle, but either way, the downhill’s a ripper.

“Really fun trail. Has a little bit of everything. Narrow [trail tread], rocky sections, [and a] couple of switchbacks. The trail can get really fast if you let it. Beautiful scenery and easy to follow.” -vince23

Why settle for just one riding environment when you can have many? Ojai’s upper reaches provide classic ridgetop chaparral, oak forests, steep mountains, and dramatic valleys, all in a surprisingly compact area. And what’s under the knobbies isn’t too shabby either.

“This trail has it all, from beginner to expert. . . .From the trailhead there are many different paths to take. You can go up into the hillside or you can follow the riverbed. I think this trail is an excellent training ground where you can develop your skills. Or if you’re an expert, there are some great switchbacks and technical tracks as well. My advice would be to get there and explore. Be sure to pack some snacks, because you won’t want to quit.” -Hacklefish

Looking down at the fog covered valleys from the summit of #LittlePineMountain just after sunrise. #LosPadres #NationalForest #California

It’s not often that we look forward to slogging up 11 miles of jeep road, but when the payoff is 3,300 vertical feet of continuous downhill in just six very blurry miles, the climb makes itself more than worthwhile, especially if you’re okay with lots of exposure.

“Great route. Tough fireroad climb followed by an awesome [singletrack] downhill. I rode this in the spring and the wildflowers were everywhere. A little exposed in places but rideable.” -Eric Foltz

Whether done as a shuttle, out-and-back, or loop with the Tunnel Trail (a fine downhill route as well), Jesusito gets high marks both for being accessible directly from Santa Barbara, and for being a shred-fest back into town.

“Jesusita is definitely worth the effort. It’s a steep climb, but one that intermediate riders can spin up. The descent requires some skill. Intermediates will likely be in over their heads (if not over their bars) once the real meat of the descent begins. There are very rocky sections interspersed with speedy bits of trail.” -darrenregina

Mountain biking is a hazardous, extreme sport, but so is taking photographs of said sport. @woodsnstuff coming right for me!

Another Ojai ride, the Gridley trail will take you to a high ridgetop with forever views of the Pacific Ocean and the Channel Islands. The downhill also makes for a nice reward.

“Decent work out on the climb. Great scenery, especially if you go to the top to Nordhoff tower. Fun downhill with some technical sections. Be careful on the sections with loose shale; sometimes they are worse than others.” -Gawin

You don’t have to travel to the old country to see castle ruins. The Snyder Trail will deliver the rider to the remains of a great estate built by George Knapp, founder of Union Carbide.  The estate was burned and never rebuilt, and some foundation structures remain. Fear not: the destination isn’t the only reason to ride this trail. The journey is also excellent, and the singletrack is worthy.

“A serious workout to climb, I think most people shuttle this trail. The downhill is great, with some technical areas.” -Gawin

Sitting along the northern border of the main body of the Los Padres National Forest is another fire road up/bomber singletrack down SoCal classic: the Golden Eagle trail near the small town of Gorman. One end of the route meets the Pacific Crest Trail, where only your hiking boots are allowed.

“Awesome ride! Super green up there right now. DH Trail is in great shape. Spectacular views! Guessing it can get very hot there in the summertime; [I] recommend this one in spring or fall!” -dbmtb70

The Camuesa Connector is a superb singletrack highlight of a longer loop lying north of Santa Barbara across the high ridge forming the spine of the Los Padres National Forest. The trail is mostly firm, flowy, and fun, with a little chunk thrown in here or there.

“Typical front range trail: fire road grind up (with some of the steepest climbs I’ve found) then a sweet singletrack descent. The trail starts out with a prairie descent, with a fairy steep ditch [at] the bottom. Be ready for it. There are some sweeping corners followed by some great water bars/nics you can pump or jump for some great flow action. After the exposure area, you finish the ride with another flow area before you cross a stream.” -Jared13

Another great ride that’s easily-accessible from Santa Barbara, Romero Canyon Trail is a gnarly, technical descent filled with big rock gardens, switchbacks, high-speed sections, and exposure. It’s also popular with other trail users, so be ready to practice proper mountain biking etiquette. While technically most of this trail lies just outside the national forest boundary, the upper reaches of the trail do enter the forest proper. Use Romero Canyon Road as the climb to access this trail.

“My favorite ‘home’ trail. This is one of the best trails I’ve ever ridden because it’s so well-rounded. The uphill is a great workout with wonderful views. It also connects to Camino Cielo, making it a great starting point for really long, epic rides. The downhill is a blast. The lower section has been groomed and filled a bit in the last several months, but it’s still a challenge.” -jsph_custer

The Arroyo Seco is a 40 mile long, mostly dry tributary to the Salinas River. Much of it runs the length of a rugged canyon, but the highlight is a popular swimming hole that draws cliff jumpers from all over southern California. If you get tired of hucking your bike and want to huck your body, this is the spot for you.

The Los Padres National Forest has 10 federally-designated Wilderness areas within its boundaries. When you’re ready to set aside the bike and lace up, make your way into the Ventana, Silver Peak, Santa Lucia, Garcia, Machesna, San Rafael, Dick Smith, Matilija, Sespe, or Chumash Wilderness area. These are relatively small Wilderness areas, but each is unique and worth a visit.

Like Wilderness areas, there are also a number of California State Parks in and around the Los Padres National Forest. These state parks are all unique, covering everything from rugged mountain peaks to stunning shorelines.

Where the California coast juts west rather than north, the charming city of Santa Barbara grew into the narrow strip between the Pacific Ocean and the mountains of the Los Padres National Forest. Blessed with a moderate year-round climate, this popular destination has classic SoCal beaches, excellent cuisine, varied shopping, and attractive cultural and historic attractions.

It’s not quite the Napa Valley, but the area around the Los Padres National Forest is also full of fine wineries. For those who enjoy a nice glass of vino, there’s plenty of tasting to be had.

Sitting adjacent to a beautiful stream, Wheeler Gorge is possibly the most picturesque campground in the Los Padres National Forest.

Reyes Peak campground is close to Santa Barbara, nicely wooded, and still offers views of the ocean and Channel Islands.

Upper Oso is adjacent to trails and is more civilized than the typical campground, having actual flush toilets.

Sitting in a lovely stand of Jeffrey Pine, the Chula Vista campground is also in the midst of hiking and biking trails. However, it doesn’t have potable water on site, so bring plenty of your own.

3 Most Notable Events in the Los Padres National Forest

One of the nation’s premier enduro series, the SoCal makes a stop in Los Olivos on the west end of the Los Padres National Forest.

The Tour de Los Padres is a self-supported, non-sponsored, no prizes bikepacking race covering 275 miles and over 29,000 feet of climbing through the Los Padres National Forest.  Sound like fun? 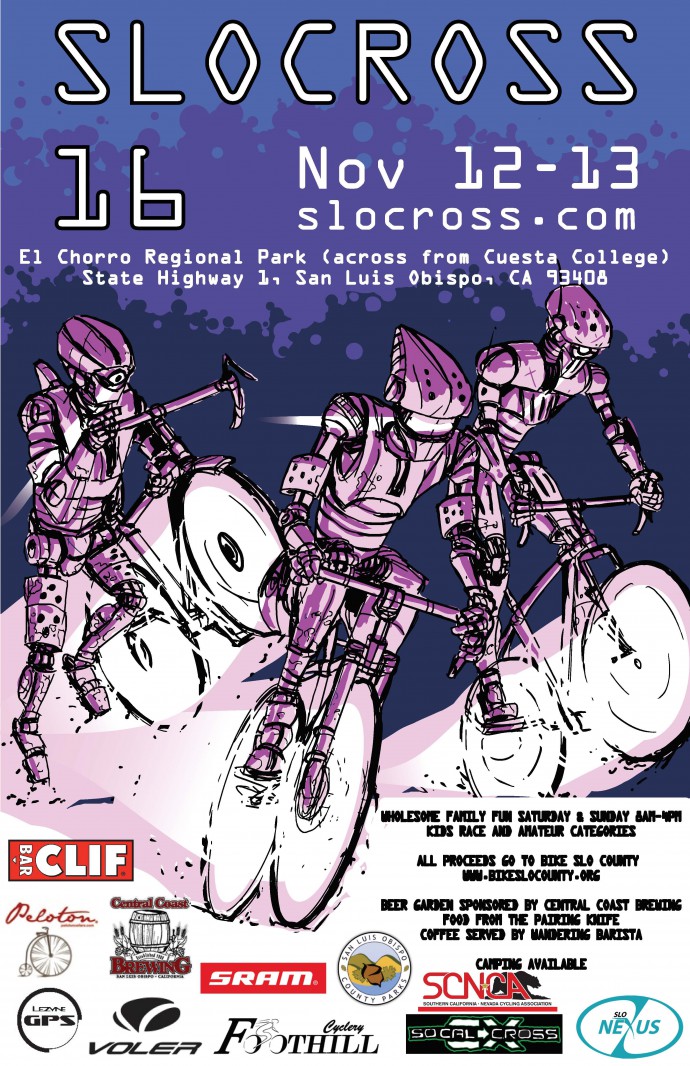 When it’s time to break out the cross bike for a good, hard sweat, head to San Luis Obispo (hence the acronym SLO) for the area’s premier not-so-fat tire race.

The Top 3 Bike Shops Near the Los Padres National Forest

Santa Barbara is a bike-friendly city with a few bike shops. Fastrack is a full-service shop that can cover all your mountain biking needs.

When hitting the trails around Ojai, the Mob Shop is your bike stop.

When riding the north end of the Los Padres National Forest, the Flanders Bike Shop in San Luis Obispo supports bikes and bikers of all types.

Mountain Bike Podcast
Fabio Wibmer Talks Confidence, Perfection, and Inspiration [Podcast #272]
Trails
10 of the Best Fat Biking Trails in the US...
Community
My 2015 Epics: What Are Yours?
Trails
Is Eagle, CO the Next Fruita?