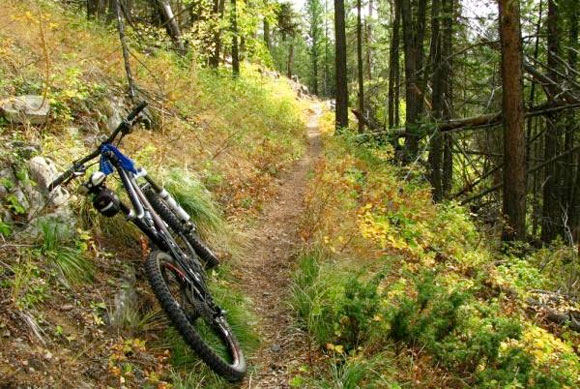 In what might be considered a bit of a peace offering, the US Forest Service is proposing 33 miles of new mountain bike trails in the Helena National Forest, Montana. The proposal comes on the heels of a recent bike ban in Montana wilderness study areas (WSA) that came down this spring. Admittedly 33 miles of new trail doesn’t make up for the hundreds of miles of Montana trails closed to bikes in 2010 but hey, it’s a start…

We don’t normally report on stories of injured or lost mountain bikers just because there are at least 2-3 in the news every week but this one caught our interest. According to the Victoria Advocate, Shoshana Foxwell was riding on Ben’s Trail west of Bend, OR Friday evening when she went over the handlebars and sustained serious but non-life-threatening injuries. Shortly after her fall, a member of the Deschutes County Sheriff’s Search and Rescue (SAR) mountain bike team (!) happened to ride past and immediately began treating the woman. Now that’s a first class response!

In all seriousness, we’re impressed that the SAR mountain bike team even exists and that there are enough members (volunteers?) to ride the trail regularly. Of course riders should never count on SAR or even IMBA Bike Patrollers being around to provide assistance but man, what a difference it makes when these resources are available.

This also brings up the point about riding alone which is never a good idea, especially in the evening. If no one had come by the woman might have been stranded in the woods all night. Bring a friend if you can and tell someone else where you’re going and when you’ll be back. Cell phones are nice to have “just in case” but you can never count on getting a signal when you might need it the most.

Progression
MTB Coach Shares How to Time Mountain Bike Jumps and...
Gear
Bontrager Foray Shoes are a Versatile and Stiff All-Rounder
Community
Rooted Vermont: Business Up Front, Party in the Back—And All...
Gear
Get Away from It All with These Bikepacking Picks
Subscribe
Login
Please login to comment
2 Comments
Most Voted
Newest Oldest
Inline Feedbacks
View all comments

I just did a short write up on Bend last month, http://dchristianson.blogspot.com/2010/10/bend-part-2-trails.html
After spending almost ten days riding the trails and researching the ‘bike scene’ there, Bend having a MTB SAR doesn’t surprise me one bit, you really have to be there to understand how big MTB is there in the community. I over heard one organizer say that on trail work days there are quite often more volunteers than they know what to do with. How often does that happen elsewhere?

On the topic of the trails in Montana, at least this sounds like a step in the right direction. hopefully this is the new trend!