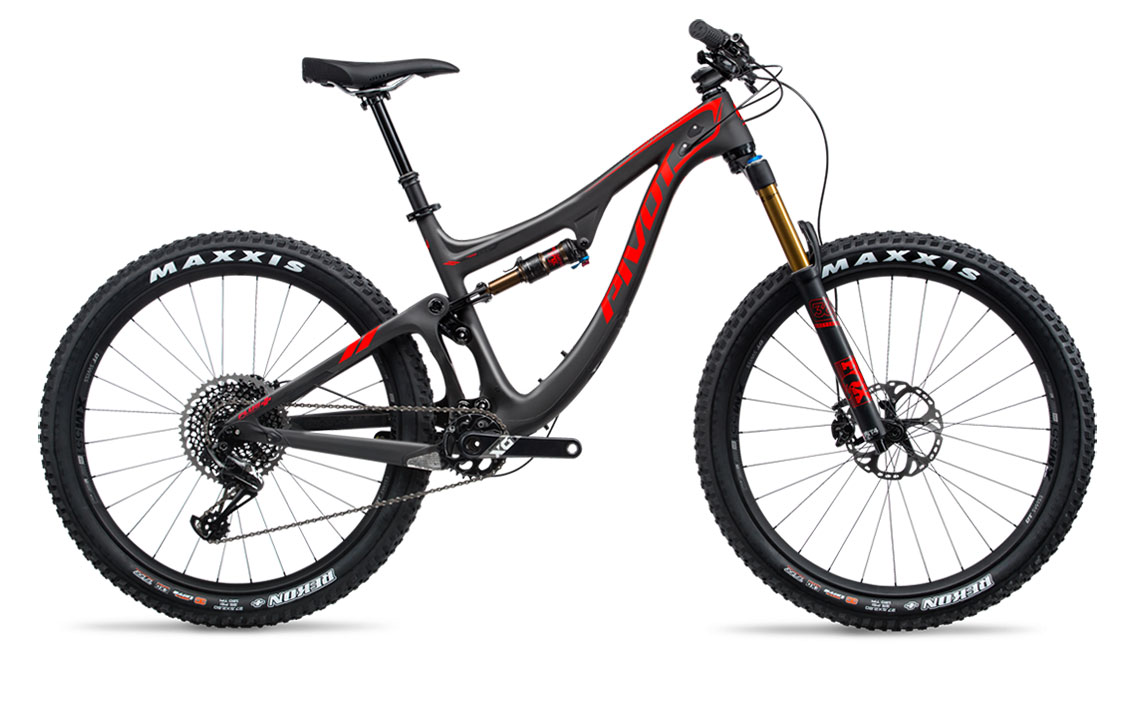 Pivot released the Switchblade less than a year and a half ago, and it’s already a favorite among Singletracks readers. Billed as an aggressive trail/enduro bike, the Pivot Switchblade features 135mm of DW-link rear suspension and 150mm of front suspension, though the bike is designed for up to 160mm of travel up front. The Switchblade can run 29er wheels with up to 2.5″ tires or 27.5″ wheels with 3.25″ tires.

Pivot boasts that the chainstays on the Switchblade are shorter than other bikes in its category, making the bike as nimble as possible. Pivot balances the short chainstays with “long and low” geometry for a bike that’s also stable at high speeds. The Switchblade is offered in carbon only, with prices starting just north of $5,000 for a complete build.

Gear
The We Are One Arrival Is a Mid-Travel Bike With...
Progression
Mountain Biking with Asthma: How One Elite Athlete Controls it
Gear
The Donnelly AVL Tire is Stoked to Climb Technical Trails...
Gear
Enduro Deals & Early July 4th Sales
Subscribe
Login
Please login to comment
3 Comments
Most Voted
Newest Oldest
Inline Feedbacks
View all comments

I´ts not the bike is the rider!

late to the party , enduros are great bikes , true story