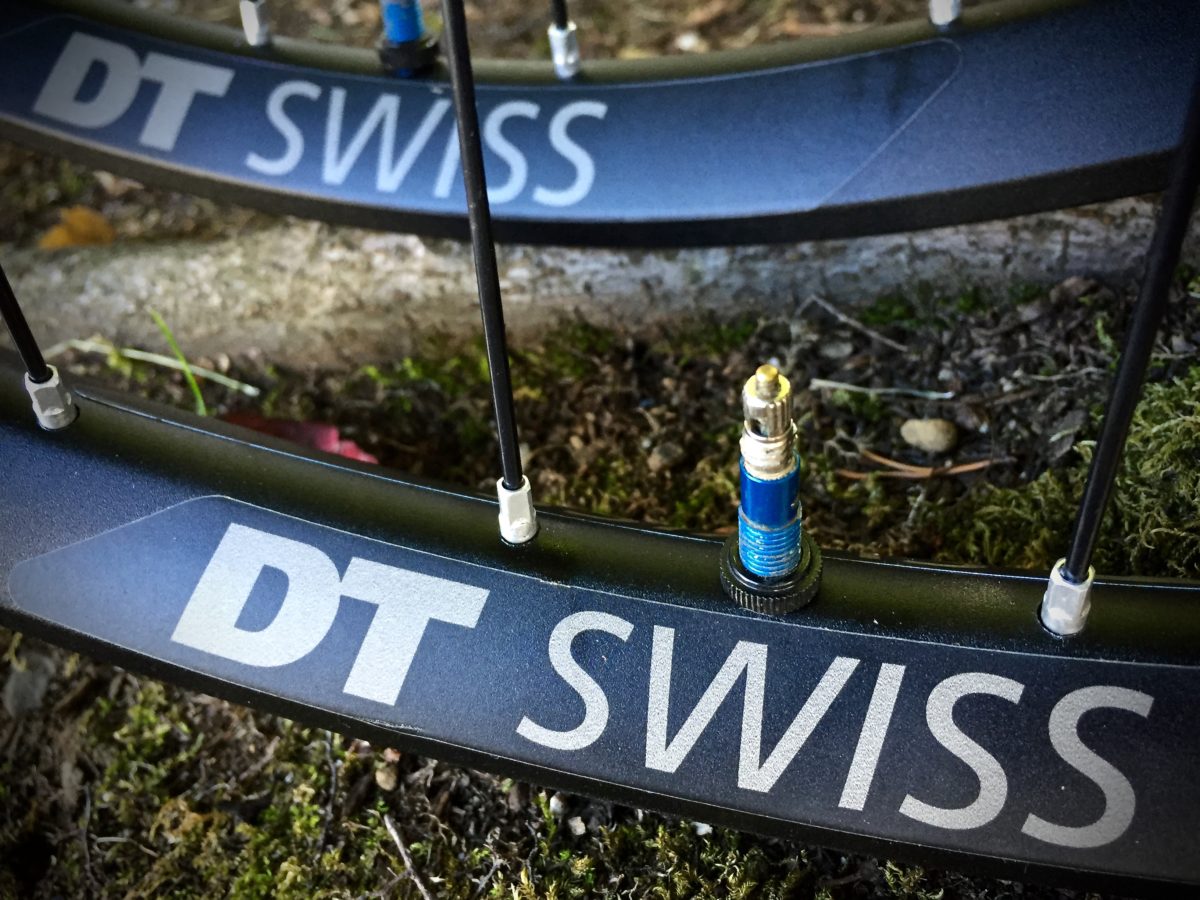 Besides constantly crushing the competition and securing multiple world championships, what else do Richie Rude and Aaron Gwin have in common? Well, probably a lot of behavioral patterns, training and diet regimens, skill, raw talent, genetics, and a slew of other unexplained phenomena that make a mountain biker world champion. But, besides that, they both have (or at some point had) the same rims. That’s right, rims!

While I am sure these two men among men could smash any racecourse with Avid brakes, X-Ray grip shifters, an elastomer fork, and a 120mm stem (all on the same bike, of course) there’s something to say about two champs utilizing the same wheels–arguably the most important piece of mountain bike equipment after the frame. And yes, you’ll cry, “sponsor!” But, to that I say: 2014 Leogang. On the same rim Rude took the 2015 and ’16 EWS, Gwin went “absolutely on fire with no rear tire“. Watch that clip and tell me you don’t need that rim. Now, you can’t walk past more than two EWS race pits without seeing the EX 471 from DT Swiss. 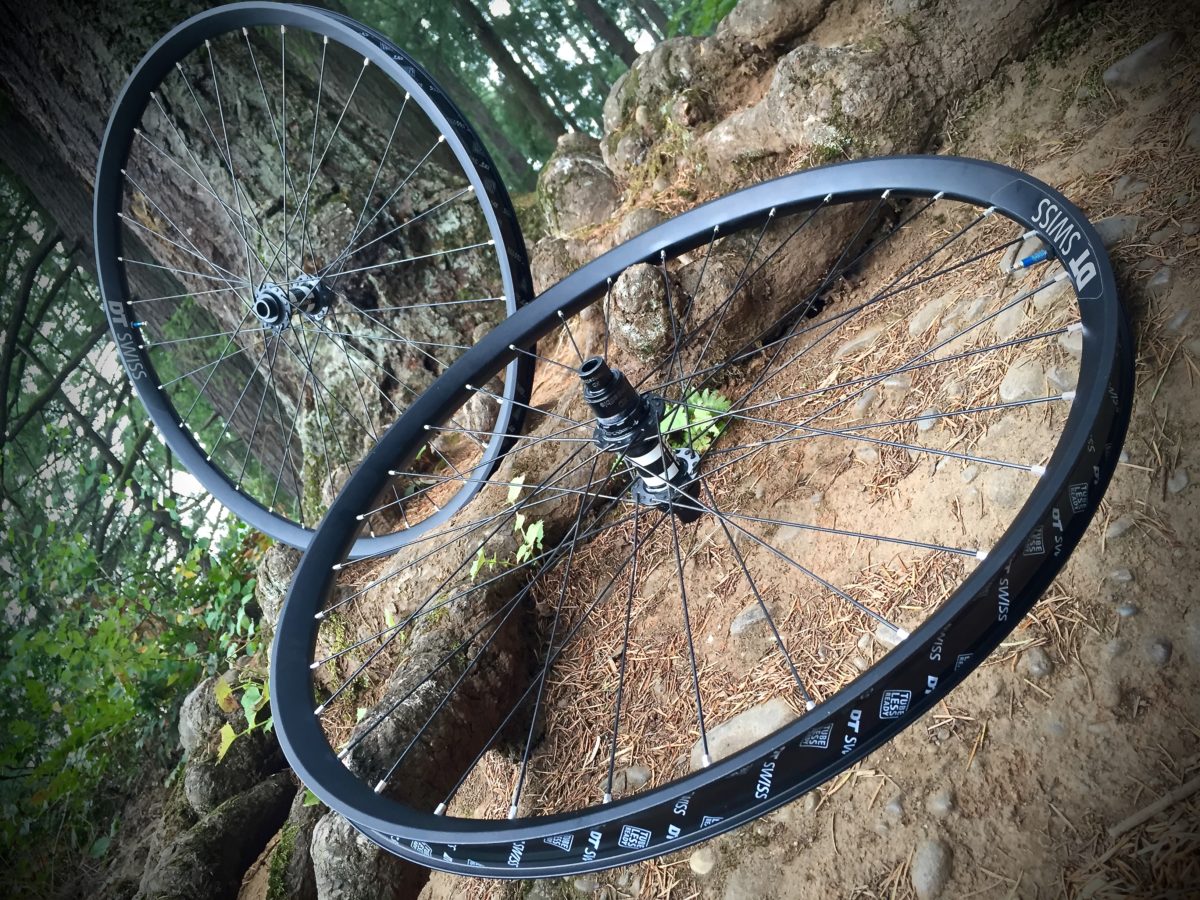 Answers: Yes. Because Enduro. Nothing.

Bottom Line: the EX 511 rim captures the performance of DT Swiss’s previous successes in Enduro race-quality wheels in a 30mm-wide profile. With the ability to accept plus-sized tires and withstand the burliest, most demanding race conditions, the 511 will be DTs new bread-and-butter. 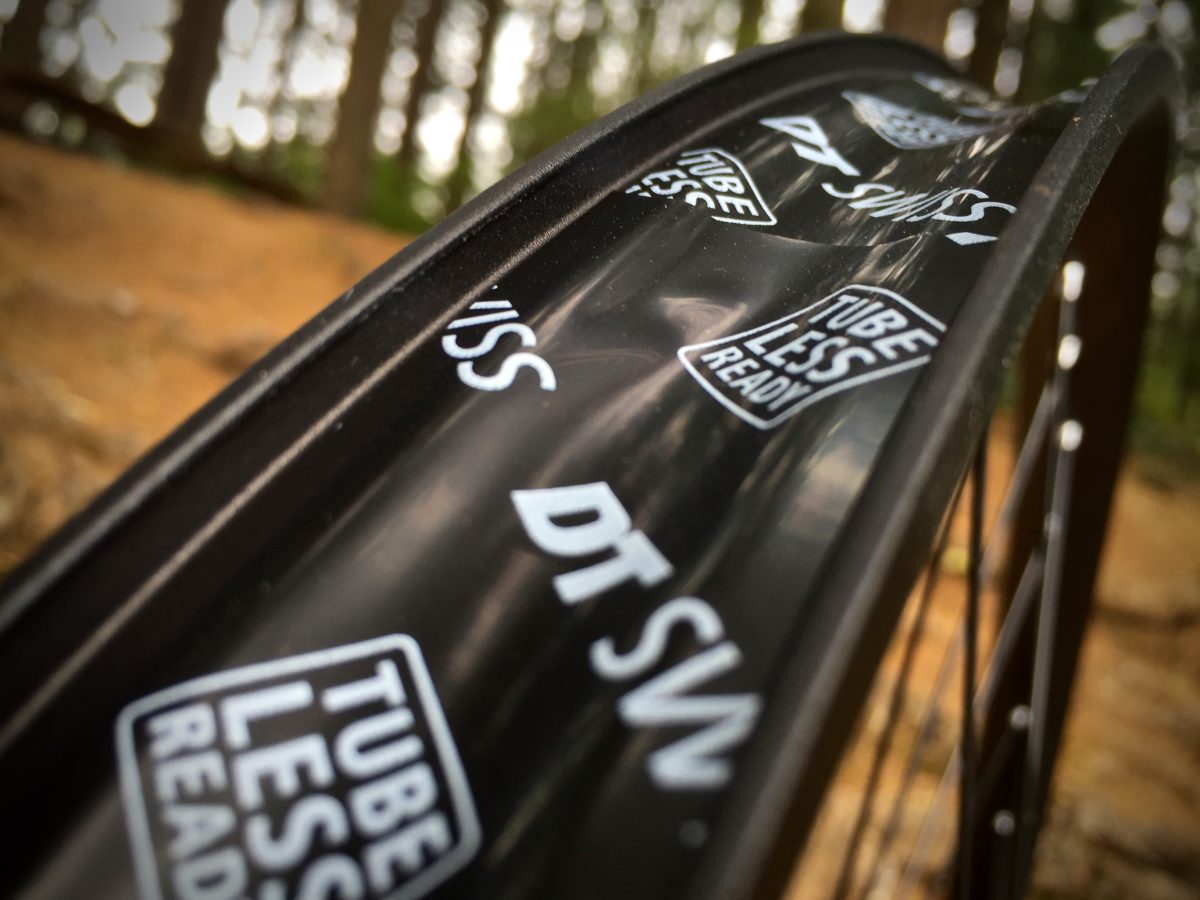 Designated as a XC/all-mountain wheel, the XM 481 received a two thumbs up from this author earlier this year, striking a solid balance between weight and the performance advantages of a wider rim. The EX 511, however, fills a DT Swiss marketing hole for a wider enduro rim. At approximately 45 grams heavier than the 481 with the same 30mm internal width, the new 511 was designed to better withstand the abuse of all-mountain racing. As for the difference between the EX 511 and the indestructible EX 471 enduro rim–5mm of width and about 60 grams. 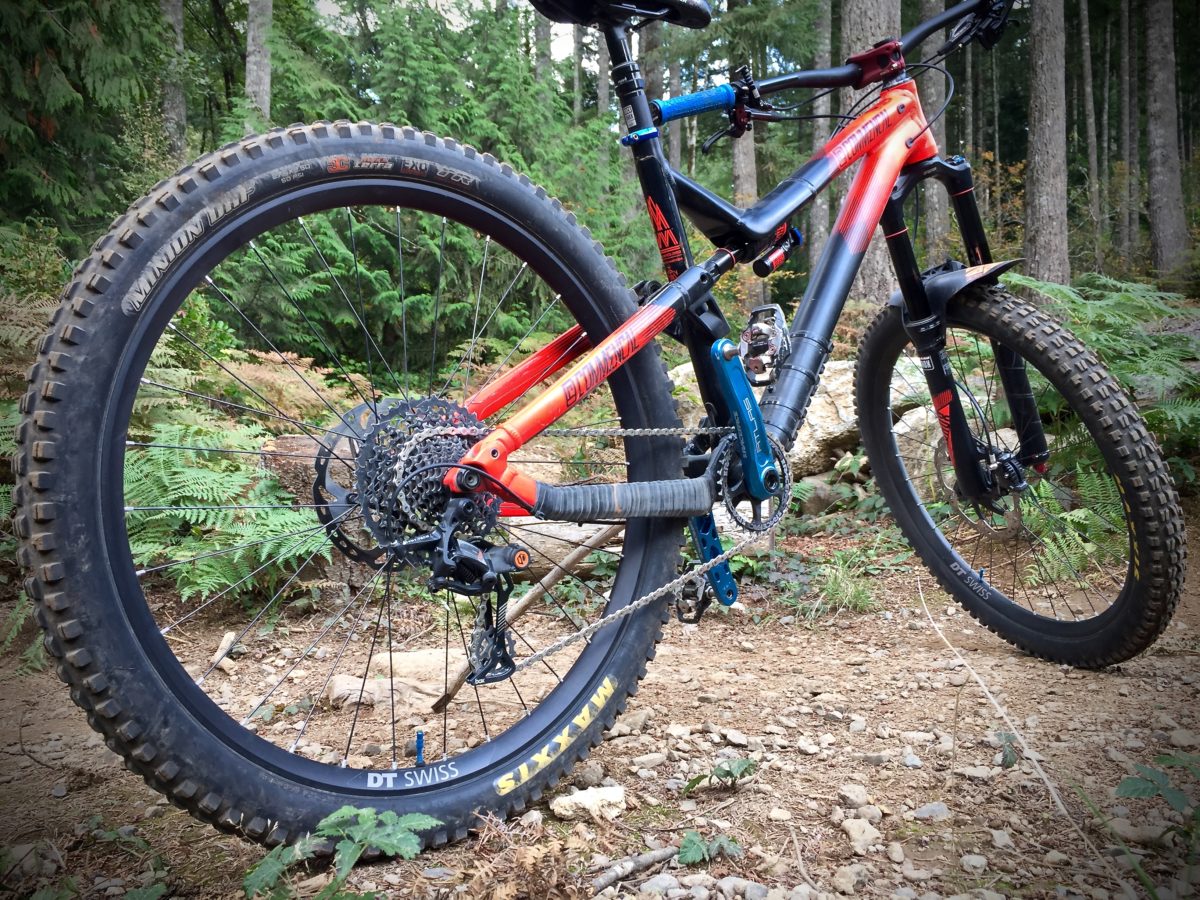 According to DT Swiss, you can mount as large as 3.5″ tires on any of their rims with an internal width measuring between 27.6 and 39.4mm. As for how effective the rims will be when running those extremes is debatable and, in my experience, I wouldn’t run anything larger than a 3.0″ tire on anything smaller than a 30mm-wide rim. For convenience, I threw on what I had lying around – a 2.5″ Maxxis Minion DHF II front and rear. Slipping the tires on was a breeze and I was elated to find that, after a splash of Stan’s, my floor pump would be all I needed to finish off the tubeless set up. 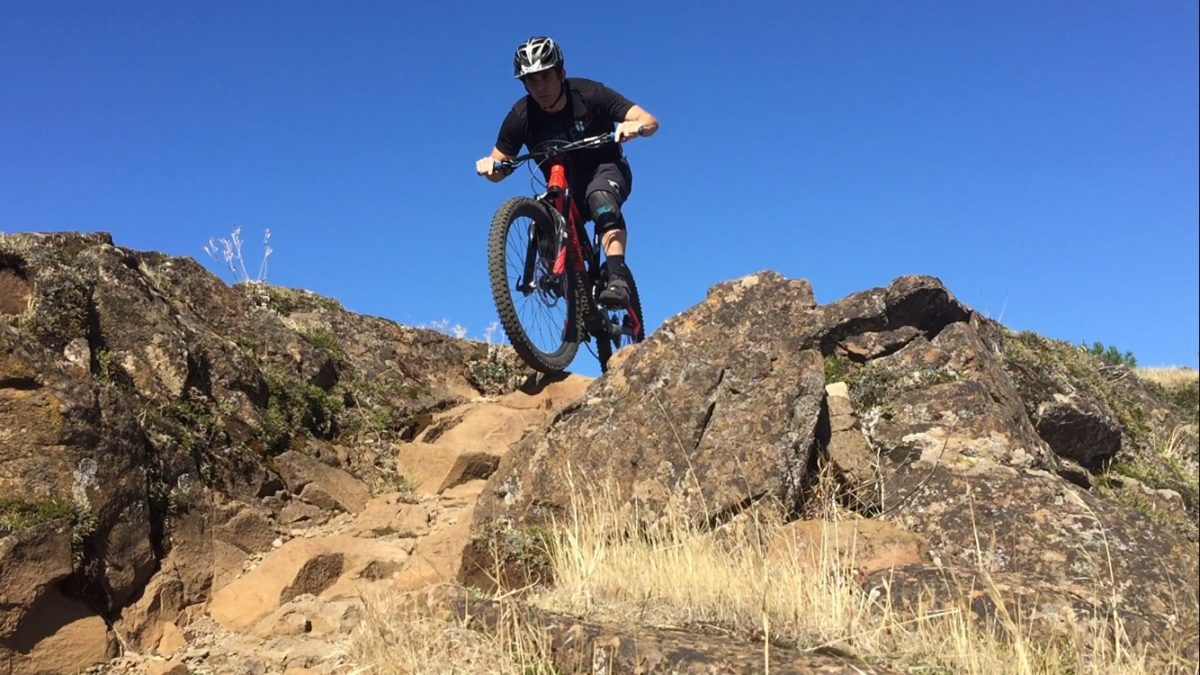 So what, if any, advantage does adding 5mm to the width of the EX 471 and calling it something else net? In terms of Enduro racing, there seems to be a move to the wider offerings; not only in rim width, but tire width, which must be considered jointly. Specialized now offers its all-mountain Butcher tire in 2.6″, which Jared Graves paired with a 30mm internal rim for the sixth round of the EWS and, at some point, the EX 511 itself showed up on the front of Richie Rude’s EWS-winning SB6 for 2016. 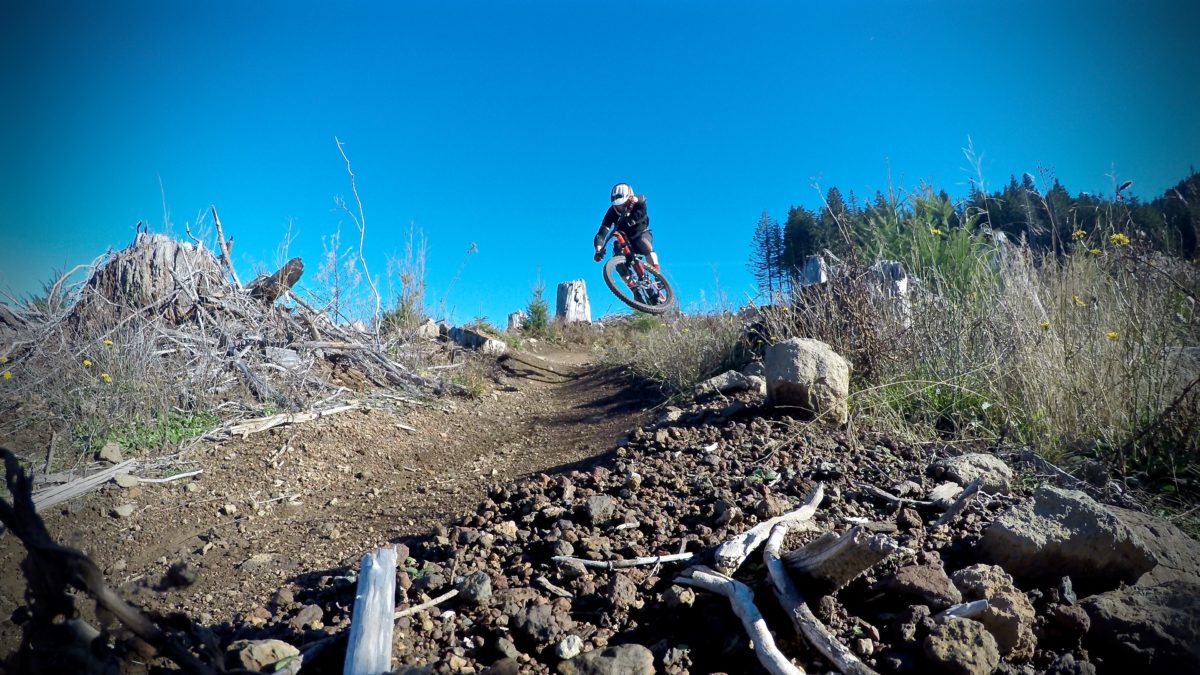 At about 1,800 grams for the set, I found the EX 511 to be as good a balance between weight and performance as DT’s lighter XM 481, with a slight edge in durability given to the former. I spent a considerable amount of time on rock-infested downhills, local enduro courses, and trails more suited for full-on DH sleds and, other than a few scrawls, the 511 appears as new as the day they were received. With only a small width difference between these and the EX 471, it wasn’t as if I suddenly began cornering like a Ducati, but the 511 felt stiff and reassuring through aggressive corners and when landing decent-sized drops, jumps, and huck-to-flat–none of which I perform eloquently. 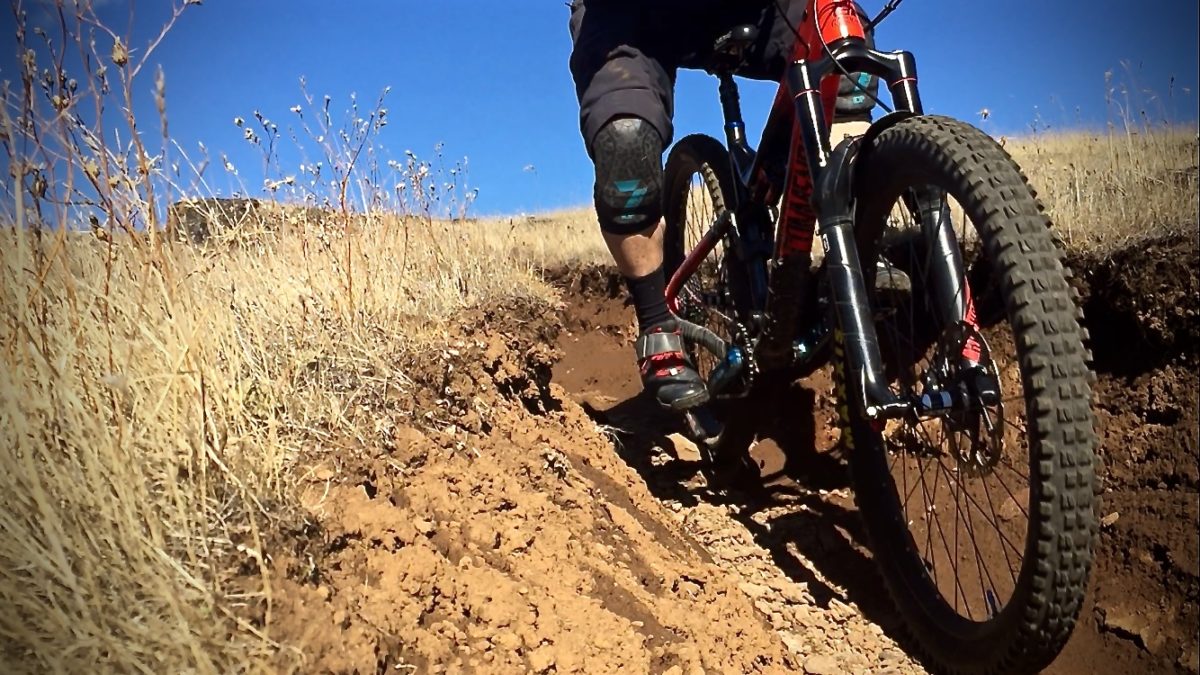 Despite what many probably imagined, 27.5+ tires (2.8-3.0″) and their 35-45mm wheel counterpart have not yet caught the attention of many aggressive riders and racers, yet there’s increasing interest in a “wide-but-not-too-wide” setup that seeks to provide the benefits of plus-size tires without riding like one. While tire-to-wheel-width ratios continue to undergo change, there will always be a range of acceptability, and never one to rule them all.

That said, the 30mm-wide DT EX 511 paired with a standard, high-volume tire has not only been challenged and accepted here, but also on course and under duress of one of the most powerful and successful riders in the world.