Let me start by saying that details are light on this particular piece. It has not officially hit the street yet. The Singletracks team obtained the sample I have at Interbike’s Outdoor Demo and I got to keep it because I had room in my suitcase. I made room for it by throwing away all my pants and flying home in a plaid towel wrapped around me like a kilt.

In the absence of hard facts, I present, instead, wild speculation on the genesis of the U4E.

All of this definitely happened

Shimano called a meeting of its chief designers and they all put on their thinking caps. They thought, hm, what would someone who is doing an Enduro race need in a race pack?

“What are they doing all day?” one junior designer asked.

“Will they need hydration?” asked a second.

“What the hell is Enduro?” shouted a third designer, who was asked to leave.

Eventually they agreed that what an Enduronaut would need from a pack is options, and that’s what they’ve delivered. Want to strap your goggles and a full face helmet to the U4E while you climb to the next stage? No problem. Want to roll up a jacket and clip it to your pack while you race, so you can be free on the descent but warm on the climb? Again, no problem. Want to use a hydration pack? You can. Or you can stick a bottle in the rear pocket. Whatever you want. 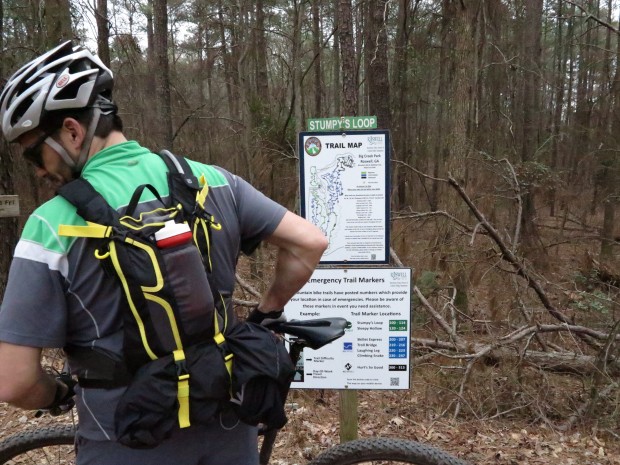 Mine is setup with a HydraPack in the photo above, but the U4E doesn’t come with a reservoir. You’ll be responsible for getting your own if you want one. But if you’re going slow enough on the descent that you have time and a free hand to operate a drinking tube, well, let’s just say you probably shouldn’t have that kind of time.

Also note above that I have a jacket rolled up and clipped to the pack using its two bottom straps, just as you might if you’ve gotten warm over the course of the day and removed a layer. And I have a bottle stuck into the rear mesh pocket because enduro racers might find a bottle preferable to carrying a full bladder.

The U4E has some more typical features, like dual zips for the main compartment and a fleece-lined pouch for your phone or other technological delicates. But I must say, I’ve gotten my hands on some other bags in the Unzen line since Shimano started making hydration packs, and this is the most advanced one I have seen so far.

Here are some interior pockets. 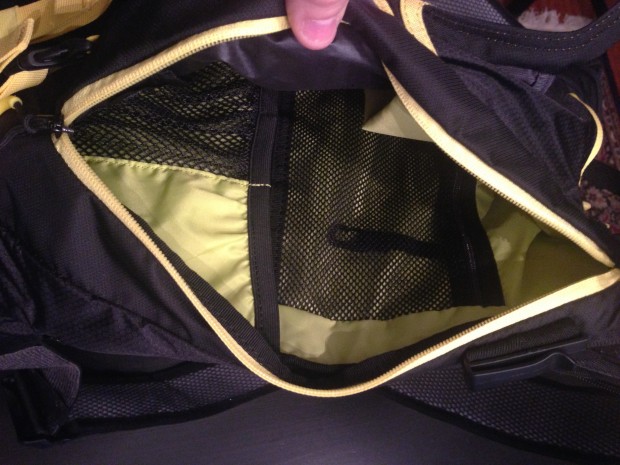 Pretty standard stuff there, but check this out. The waist strap is removable from the pack. It’s the thin black strap and it velcros around that d-ring. 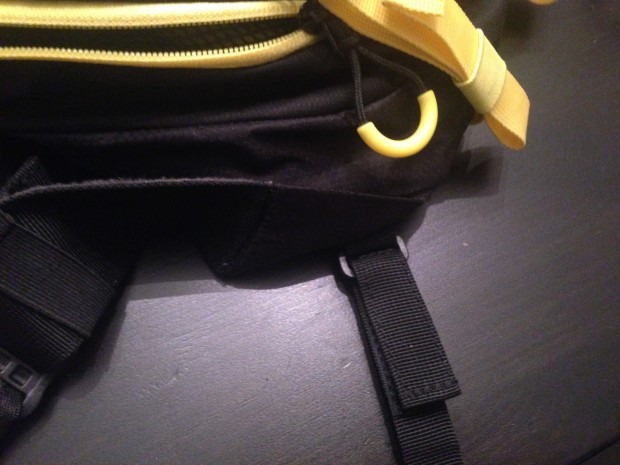 Also, the hydration bladder compartment unzips all the way up, so you don’t have to try to poke your hose through a weird sleeve because, you know, uh, who wants that? 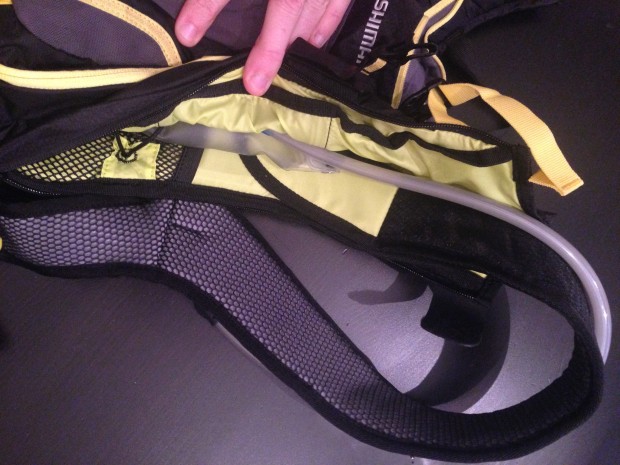 Again, we are light on details on this pack, so we don’t have an MSRP or a street date at this time. And we don’t really have a typical “click here for more info” link because, well, there’s not a lot of info at the link. But if and when the U4E hits shelves, if you’re looking for a pack that suits enduro racing, I think this one’s a good bet.

Thanks to Shimano for providing the Enduro Racepack U4E for review.