The writing was on the wall with the introduction of the present Pike fork. Well, RockShox announced their totally revamped Lyrik and all-new Yari forks today!

The new Lyrik sports a 35mm chassis and is designed to be stiffer than a Pike but in a longer travel fork. Not only is the new Lyrik stiffer, but it boasts some of the latest in Rockshox technology. Available in 27.5″ and 29″ wheels sizes, the Lyrik can also accommodate the new 27.5+ size wheels, with wheel spacing between the 15×100 and the new 15×110 boost axle versions also available.

The Lyrik will come in at an MSRP of $1,030 US. Like the new Pike, the Lyrik will ship with the famous Charger Damper and adjustable volume control, as well as tokens for bottomless control. Other nice internal upgrades include SKF low friction seals both in the internal cartridge seals and the wiper seals.

Aside from the damper, internally the Yari shares many of the same features as the Lyrik, save for the SKF seals in the cartridge. Only the wipers are SKF low friction. A re-tune of the Solo Air spring and a revamp in the Motion Control damper round things out.

Other cool improvements have been release. Have an existing Lyrik with 26″ wheels? Well you’re in luck: RockShox hasn’t forgotten you. You can upgrade your unit with a Charger upgrade. 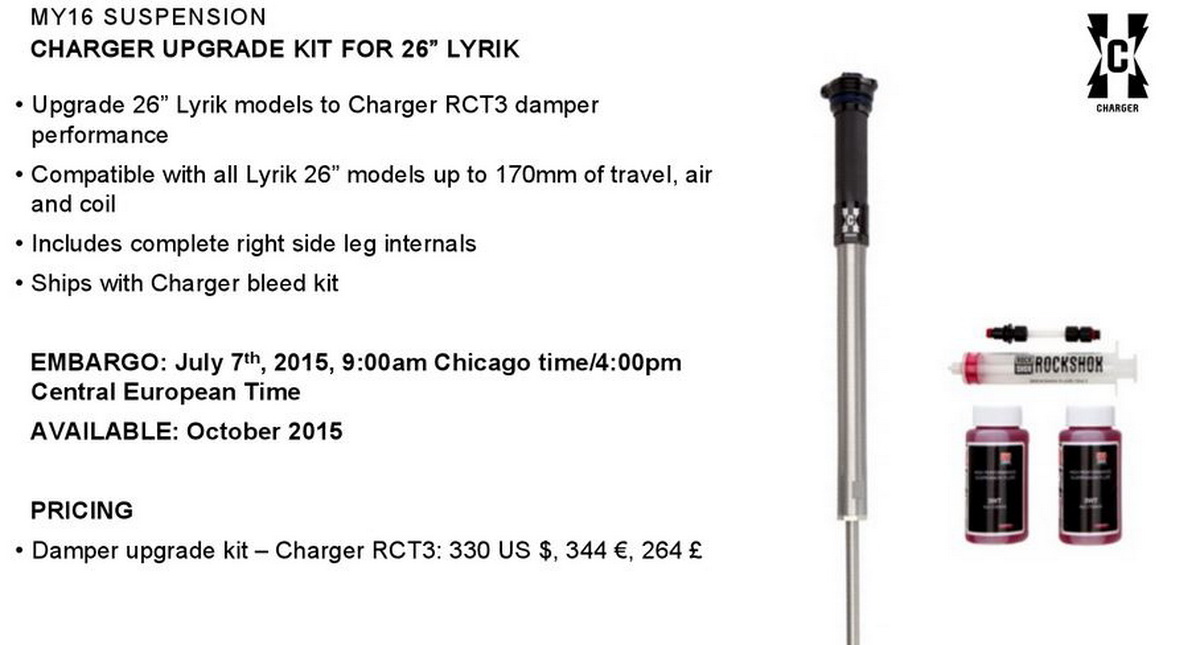 Other refinements are also to be had with the new Pike and Boxxer forks.

Look for all these goodies in August and October.