If you scroll through the news, chances are the bicycle-related stories you come across will be bad. Drivers are always offering unreasonable complaints about sharing the road with cyclists even while trails are constantly under threat to be designated for some kind of motorized use. Recently the state of Wisconsin proposed a one time $25 tax on all new bicycles sold, and specifically designated that the funds generated by this tax would not go towards bicycle-related state expenses. As big as cycling is, the sport lacks a dominant media voice sympathetic to supporting the cyclist’s viewpoint. However, a new corporation designation in the state of Minnesota has set the stage for the voice of cyclists to be greatly amplified.

In January of 2015, Minnesota joined the ranks of states that offer a benefit designation for a business. The idea of a benefit, or B-corporation, is that the corporation will make some sort of public donation (for example, donating 50% of the profits earned by the business) to promote some socially beneficial cause.  The concept comes out of a recognition that there is a public desire to see corporations as something more than profit machines. A business designated as a benefit corporation must declare a public purpose and will be held accountable to fulfilling that purpose. 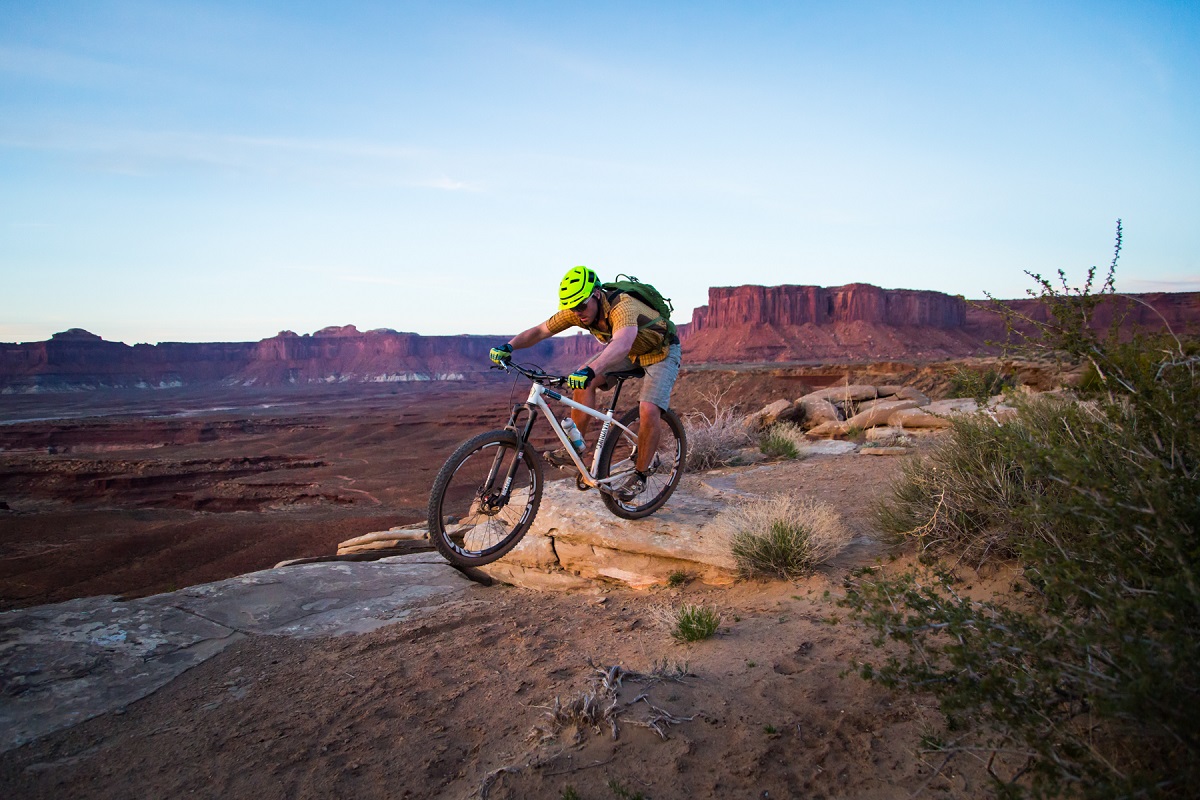 Now, many of you are probably shaking your heads, thinking that this sounds too good to be true. I was a little skeptical myself when I first tried to wrap my mind around the concept of the B-corporation. The most obvious objection is that a corporation really doesn’t have to show any profit at all if it doesn’t want to. For example, you can give your officers a bonus at the end of the year to eliminate showing profit. Furthermore, there is never any guarantee that a new business is going to find its legs and succeed, so any talk of profit at all is putting the cart before the horse.

With these questions in mind, I called up Advocate’s owner Tim Krueger. Krueger spent 6 years as a product developer for Salsa Cycles at QBP. He has 18 years of experience and works as a consultant for a variety of bike companies. He is well-respected in the industry as a man who has the background to design a fantastic bicycle. Advocate’s flagship product will be a bicycle called The Hayduke. Designed by Krueger, it will be both a 27.5 and 29er, functional with both 148 and 142-spaced hubs. Frames will be crafted from Reynolds 725 heat-treated chrome-moly steel with a retail price of $750. 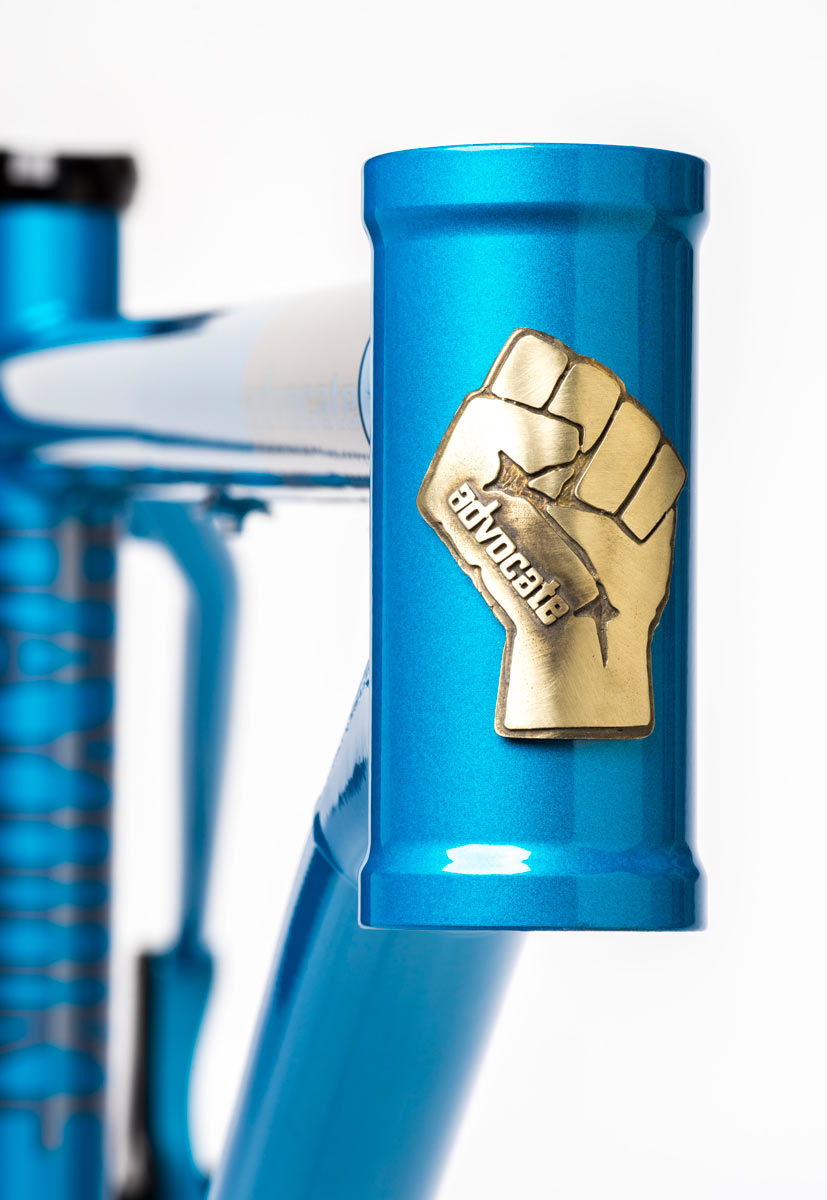 Krueger seemed supercharged with the excitement of launching Advocate Cycles, both with the newness of his own business and the perception of the B-corporation in general. I learned that in addition to doubling the profit donation requirement, Advocate Cycles will also be regularly publishing a financial report on their business. The newness of the B-corporation means that there is a bit of a “wait and see” component in how the concept actually is applied in real life. For legal accountability, B-corporations are required to submit yearly reports that will be on public record. However, Krueger was quick to point out that true accountability for corporations like this will come from the court of public opinion. This is why his plan is to be more financially transparent than any other current bicycle business.

Krueger already has a very solid background in bicycle advocacy. For the last few years he has organized the Chequamegon 100, a 100-mile mountain bike race in Cable, WI, with all the proceeds going to CAMBA. His other advocacy work is chronicled on the web page The Green Tunnel.

Any new business is a risk, but this is a fun and exciting corporation that I’d like to see succeed. Krueger already has a track record of raising funds for cycling advocacy, and Advocate Cycles is the next logical step in his chosen career arc. The Hayduke will be launched around Interbike, and Advocate will start a campaign in June to take orders. It will be exciting to monitor how this corporation grows. If everything goes according to plan, riders will be able to contribute to cycling advocacy simply through the act of purchasing a competitively-priced bicycle. That’s a win for the bike industry and riders everywhere. 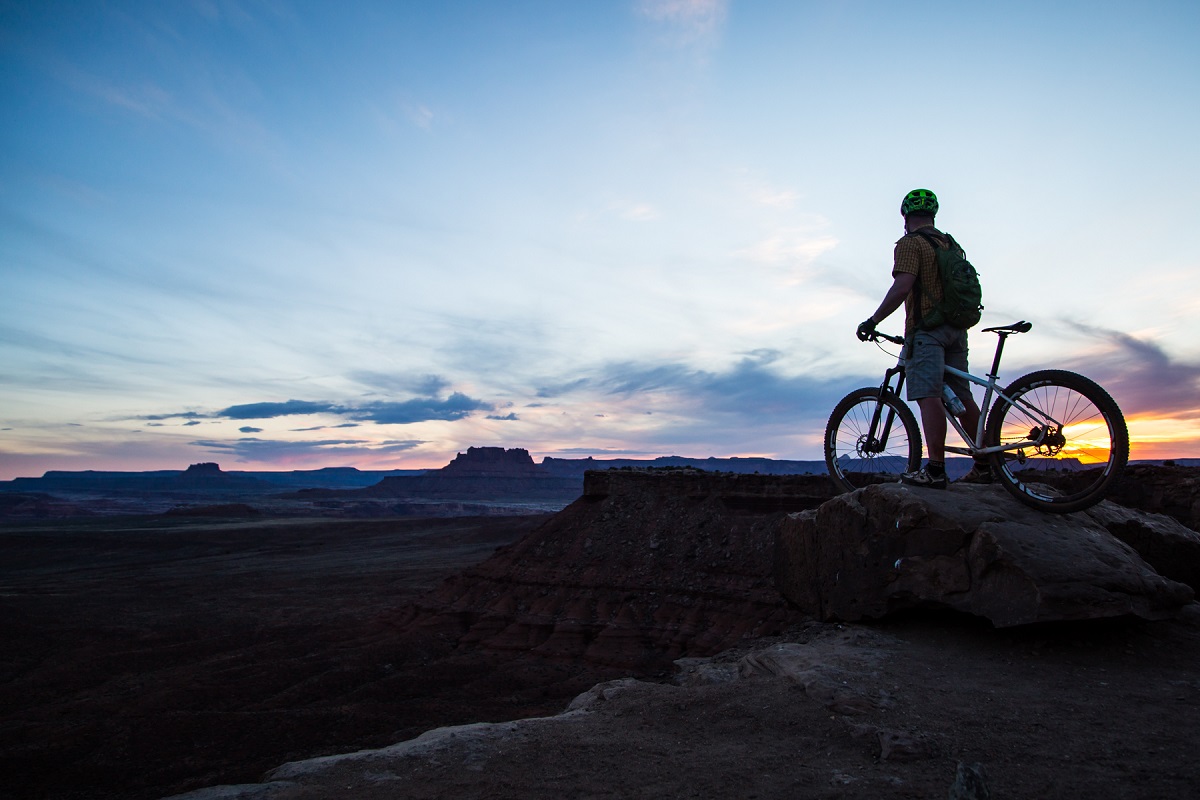 Contrary to the article, I am fairly sure that donating 50% of your profit is not a requirement for a benefit corporation. It is one of the purposes for which one may exist, but not a requirement. Please link me to a proper definition if I am mistaken.

The benefit corporations requirements vary by state. Benefit corporations are required to make some sort of donation to a social benefit cause. Because of your comment, I’ve been looking through the Minnesota statue (https://www.revisor.mn.gov/statutes/?id=304A) but I haven’t found a clear answer as to whether the 50% number is a requirement or just an example. If not a 50% profit distribution, then the corporation must do something that can be defended as a social benefit act. However, the public ultimately seems to be the ruling body on whether a corporation is fulfilling the requirements.

When I discussed this with Tim Krueger on the phone, he acknowledged that since the benefit corporation is so new to Minnesota, there is some debate as to how the corporation will eventually be used.

Here’s the disclosure on the matter from the Advocate site:

http://www.advocatecycles.com/about/
“Simply, the mission that is registered with our SBC status is to support organizations, projects, and initiatives that have positive outcomes for cycling. We will do this by putting 100% of our profits back towards cycling industry advocacy efforts. Because we are still held to standard IRS rules, we are only allowed to donate 50% of our profits to non-profit organizations. Every year we will be donating the IRS-capped 50% of our profits to cycling industry non-profits such as the International Mountain Bicycling Association (IMBA) and People for Bikes. We will then take the remaining 50%, pay the required taxes on that amount, and use the remaining money to run our own advocacy programs during the following calendar year.”

I think, based on your comment, I will change the wording on that segment. Instead of “required to make a 50% profit donation” I’ll say “benefit corporations are required to make some sort of social benefit donation such as 50% of their profits.”

Thanks for bringing up an important distinction.

Sounds interesting! Never heard of a business like this before!