The stylish Swedes at POC Sports were showing off a bunch of new gear at Interbike 2015, but they were most excited about their new full-face mountain bike helmet, the Coron.

They’ve had the Cortex full-face helmet in their line for years, but the new Coron makes that look like a lid from a styrofoam cooler. The Coron gets more and bigger vents, particularly around the goggles and forehead. Taking out the liner, you can see how that incoming air gets directed around the helmet to keep your dome cool. 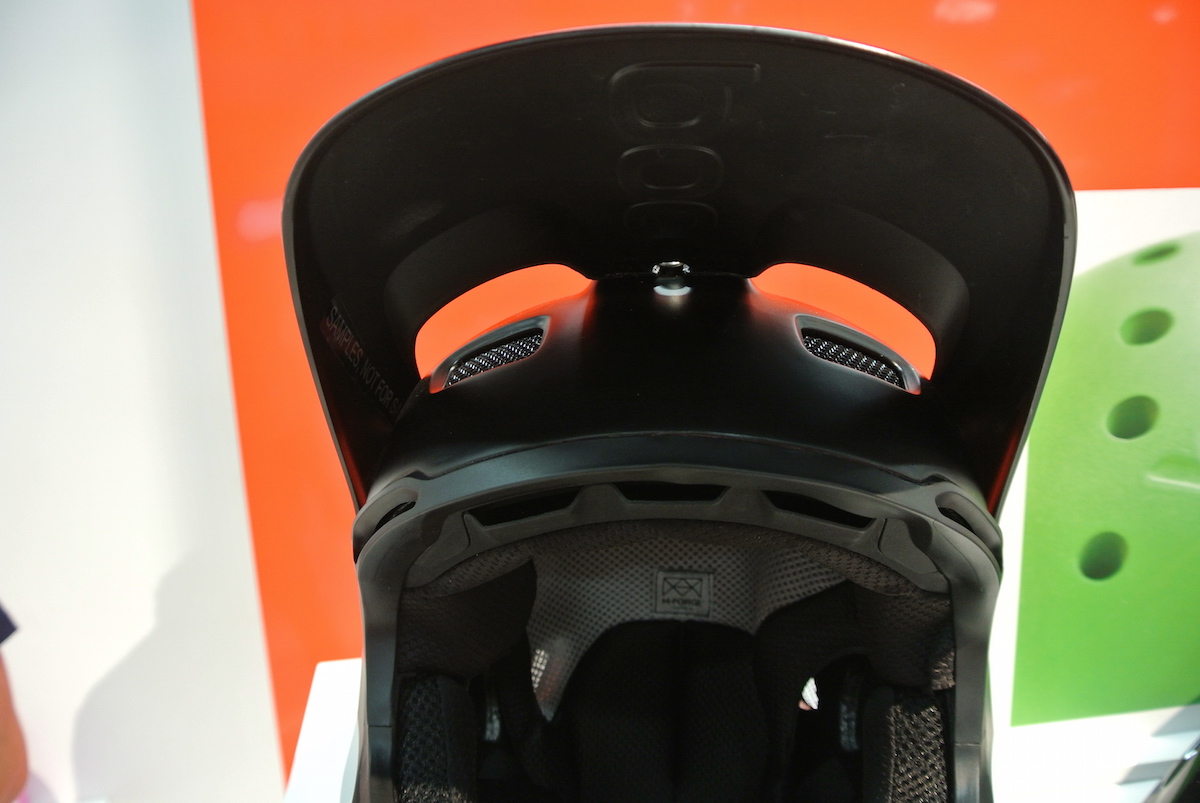 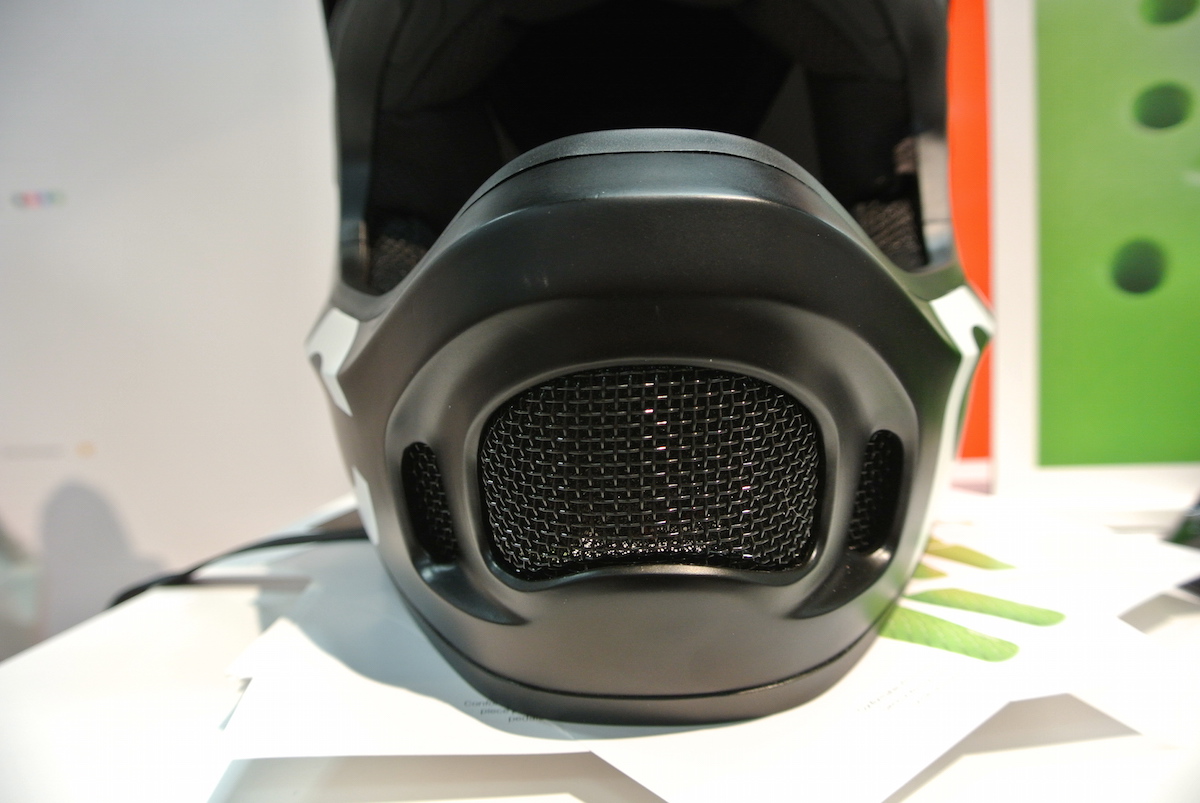 The inner foam is EPP (Expanded Polypropylene) and the shell uses M-Forge technology. M-Forge is a composite woven material that has slow-rebounding properties. The idea is that it dissipates more of the force of the impact before it reaches your head. M-Forge has been used in motorsports for years, but POC is the first to use it for bike applications. There won’t be a MIPS option on the Coron, at least for the first year of production.

For additional safety, the Coron features a breakaway visor that snaps out of the way in case of a crash.When the Coron becomes available in Spring 2016, there will be three shell sizes offered, in five colors. Pricing is set at $450.

Anyone that’s been to an enduro race in the past few years (or ridden just about anywhere, actually) has seen the POC Trabec helmet. And if you follow road racing, you’ve likely seen the Octal helmet on the heads of Garmin’s pro team. Well, POC is taking these helmets and mashing them together to create the Tectal mountain bike helmet.

Fit has also been improved, with a nice deep shell. I’ve always liked the look of the Trabec, but it never fit me very well. The new Tectal fit me very well, even with my large, oblong head.

POC was also showing off their new line of clothing that incorporates features like aramid fibers woven into the fabric, as well as RECCO transponders that can help rescuers find you in case of an accident.

They are calling this line “Resistance,” and it will be available in two levels: Strong and Mid. A jersey, pant, and short will be offered in Resistance Strong, and a short and jersey will make up the Resistance Mid collection.