These days we’re living in a digital world and like it or not, digital technology is creeping onto the mountain bike trail. Here are a few interesting electronic gadgets from Interbike: 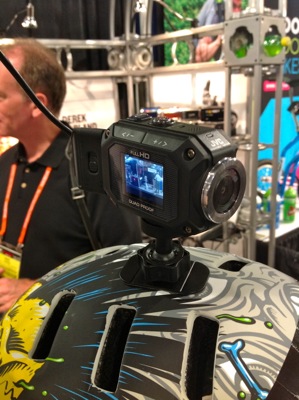 You may remember JVC from the old days of handheld camcorders and the company is building on that legacy with its new helmet camera. The camera itself features all the things you’d expect: a compact form factor, HD recording, and even an LCD preview screen. The camera uses a standard screw type tripod mount which means the camera will be compatible with third party mounting options beyond those supplied by JVC (curiously they don’t offer a vented helmet mount). You can tell the camera is solidly constructed based on its heft and it’s water resistant right out of the box without a special case (apparently it will even survive brief dunks). 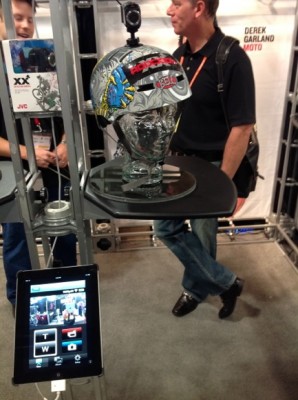 Perhaps the most interesting feature of this camera is its built-in wi-fi connectivity. This allows you to stream footage to your smartphone or tablet and even control the camera remotely. Using the JVC smartphone app you can also stream your video live to the internet, assuming you have wi-fi connectivity (no word on whether streaming works over 3G/4G). Pricing will be set at around $350. 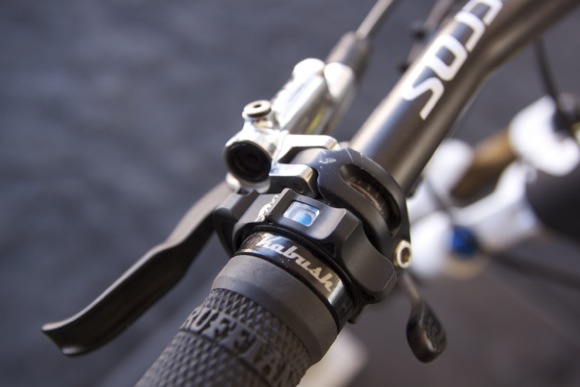 Fox showed off an electronic suspension control system at Interbike that allows the rider to move between climb and descend modes with the single flip of a switch. The system basically uses servos to manually flip the shock and fork levers and is battery operated. The advantage? Quick and easy suspension management at the bars. We’re told those who have tried the system find themselves using it A LOT since it’s so easy. Short, punchy climb coming up? Flip to climb mode, then back to descend! 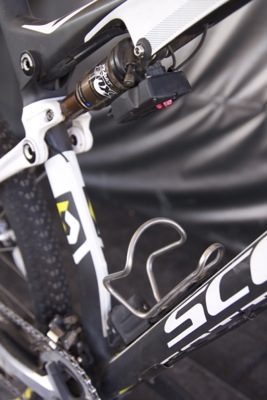 RockShox and LaPierre had their electronic suspension control system on display as well and while the RockShox system uses servos to control the levers just like the Fox system, this system adds a bit of intelligence. Sensors on the bike determine when the rider is pedaling or when the front wheel takes a hit and adjusts the suspension automatically.

While we didn’t see any electronic MTB shifting systems on display, expect to see that coming to the market as well. 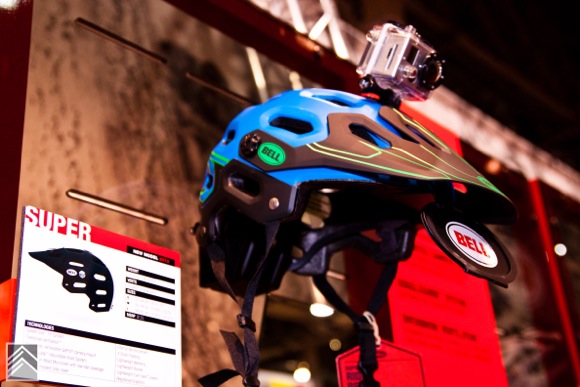 Finally, Bell did it: built-in camera mounts on their bike helmets! Bell offers the new mounts on their full face helmets and the mounts are designed to “break away” during impact to save your neck and noggin. Too bad the helmet mounts haven’t made their way to the vented helmet line–mounting a helmet camera to a vented helmet is even more difficult than mounting to a smooth-shelled gravity helmet.

I’m really hoping this takes off and we see more mounts for things like trail lights as well! 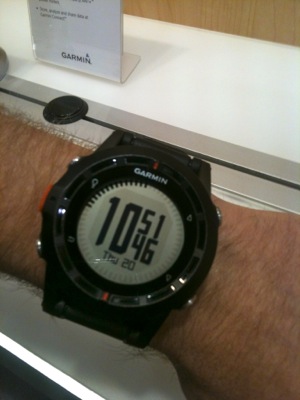 Garmin stealthily showed off an updated multi-sport GPS watch that promises to place a barometric altimeter and fully functioning GPS on your wrist. The best part: it doesn’t look like a GPS! This model even includes some basic navigation functions with a rough basemap AND wireless connectivity for downloading your routes and workouts. 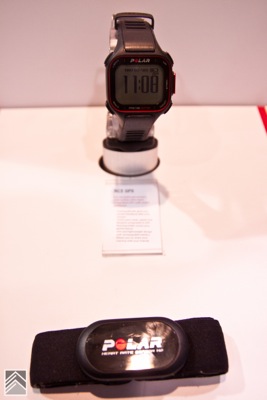 This super sleek GPS watch from Polar, dubbed the RC3, is the company’s latest in fitness data collection technology. Featuring the ability to communicate with some of Polar’s external devices such as heart rate monitors and foot pods, Polar meshes the statistics that the device gathers with built-in training plans. Download your data to the computer and upload it to Polar’s website, and get even more detailed training analysis!

GPS files from this device download in the widely accepted .gpx format, making uploading your data to websites such as Singletracks and Strava a cinch. Battery life is a whopping 12 hours, and the watch can be easily recharged.

The real story with this watch is its size–it’s crazy thin! Seriously, the guys at the booth were all wearing them, and these things are literally about the size of a normal digital wrist watch (shame on me for not getting a photo). Due to the small size, these watches are primarily for data collection–navigation with them is virtually impossible. The only navigation feature is a “get me home” arrow that points to your starting point, but if you are out in the wilderness on an epic 30-mile loop, straight back over who knows what kind of terrain is usually the worst possible idea.

Would love to see some standard interface for mounting stuff to helmets, something that would work for lights and cameras. When strapping a light onto my helmet I always wonder how all that stress affects the performance of the helmet in a crash…

Good point Dustin…So far the Bell version is a great first step. Their mount is designed to “break away” as Jeff mentioned when you fall on it. Basically the fitting mount is secured inside with velcro tabs.

Seeing the camera mount migrate over to light mounts (or lights with the same mounting interface as the camera) would be a pretty awesome addition.