The ride up High Drive is about a mile and completely uphill. At the top of the hill, take the trail to the right (labeled Penrose Multi-use trail 665). The other users of this trail include motorcycles so be careful! The trail is very well maintained and hard to lose. Alot of loose gravel, banked turns, and crazy mogul like jumps make this trail awesome. The trail goes down about 3 miles before ending at a parking lot. Go out the parking lot and turn right onto the gravel road. This road leads back to your car and goes through two tunnels and some high rock canyons. Very scenic, very fast, and very fun. Do the loop a couple times for a good workout.

First added by Jeff Barber on Jan 1, 2003. Last updated May 2, 2020. → add an update
Before you go
This trail information is user-generated. Help improve this information by suggesting a correction.
Getting there
Route to Trailhead with Google Maps
From Colorado Springs, take W. Cheyenne Blvd. west (access from I-25 via exit 140A [US 25 S] - right onto Ramona, turns into W Cheyenne Blvd.) Go almost to Seven Falls - just before Seven Falls, turn right into North Cheyenne Canyon. Continue into the park, past Helen Hunt Falls until the pavement ends (approx. 2 miles). Park at the parking lot here. Trail starts up High Drive.
Featured in
I Rode It!   Add to another list 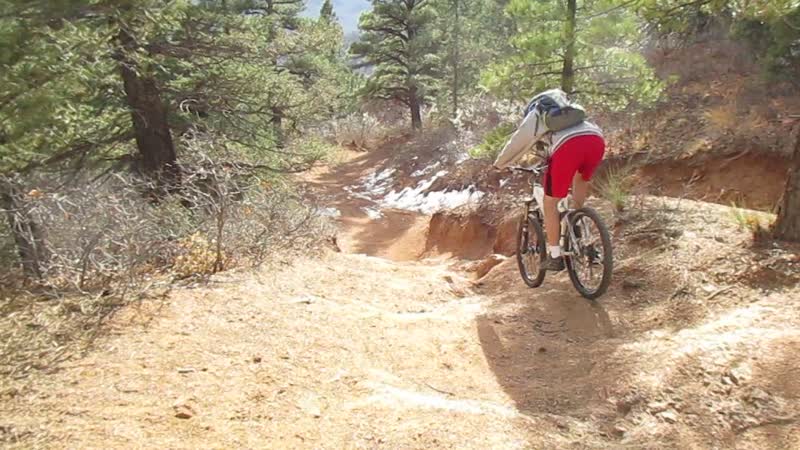 Q: Do dogs have to be on leash at all times?
asked by Hannahma1 on Apr 11, 2018
ANSWER
Please login or create an account.
Q: Does it go back to the parking lot?
asked by on Feb 14, 2016
ANSWER
Please login or create an account.
A: It goes through lower gold camp tunnels and back to parking lot.
answered by BrandonLong818 on Apr 10, 2016    Feedback: Helpful | Not helpful