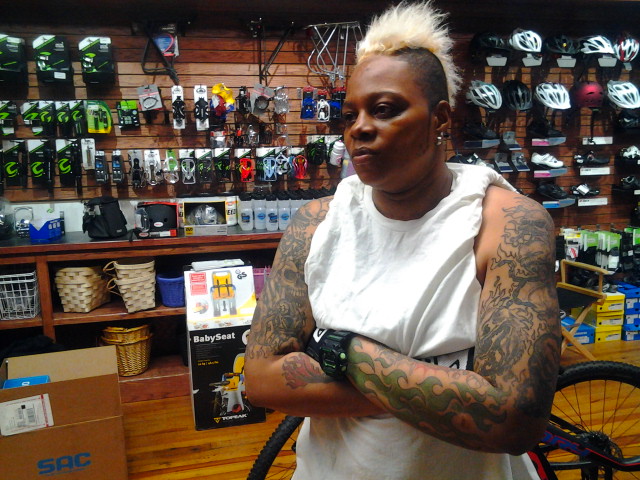 Donna Iannicelli had sort of a weird dream: she wanted to become a downhill mountain bike racer. Now, that might not sound like a weird dream to Singletracks readers–after all, many of us have had just such a dream before. But to members of Donna’s community, downhill mountain biking is a completely foreign concept, a sport so out of reach that it’s not even on anyone’s radar. And yet, Donna’s difficult journey highlights some fairly universal challenges not just for mountain bikers, but for society at large.

In the early 2000s, a friend told Donna about Missy “The Missile” Giove, a badass female downhill mountain biker who was then dominating the sport. Giove went on to collect 8 World Cup medals before her retirement in 2003, making her one of the most decorated downhill riders of all time. Not only that, Giove has an edgy, rock star persona that translated well into sponsorship deals with companies like Reebok. That east coast, zero-fucks-given vibe resonated with Donna, who lives in urban Newark, NJ.

Donna says, “the extreme nature of the sport, and its robust, alternative, image” really stood out to her in those early days. But it wasn’t just about the vibe around athletes like Missy that intrigued Donna. Donna is a gearhead too. 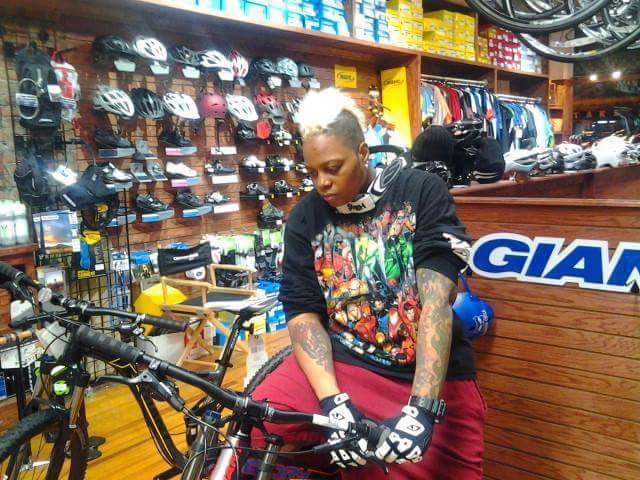 “[One of the draws for me is] the highly specialized technology and engineering that goes into manufacturing the downhill mountain bike racing equipment,” she says.

As anyone who has studied mountain biking knows, equipment isn’t cheap, especially when it comes to downhill, competition-worthy bikes. Donna didn’t have the financial resources to purchase her own dedicated downhill mountain bike, which it turns out, is really just the tip of the financial iceberg looming in front of everyone who wants to become competitive in the sport.

“Anyone looking to break into this sport (even at the amateur or recreational level) would need thousands of dollars in financial backing. The bare minimum for someone to become a ranked top-notch amateur competitor would be at least […] a hundred thousand dollars.”

That may sound like hyperbole, but she’s actually not that far off. Donna explains:

“This financial backing would cover equipment cost, meaning more than one bike, practice time, additional accessories like fitted body armor, additional medical insurance for injuries and hospital stay (this also entails time to recover from injuries and physical therapy), entry fees to enter races, lift tickets, travel fees and hotel accommodation, mechanic fees […], then there is additional one-on-one coaching, diet and proper nutrition, and additional tools and equipment to monitor your progress as you ascend to professional ranked status.”

Donna had some experience with recreational riding and bike commuting in Newark, but the city isn’t exactly known for its mountain biking. Heck, most cities aren’t known for their mountain biking, and downhill courses are rarer still. Just getting to proper trails on a regular basis is a big cost in terms of both time and money. For those who may be living paycheck-to-paycheck, even taking up mountain biking at the recreational level is a pipe dream.

Donna points out this isn’t just a problem for people of color in her own community; this is a roadblock for cycle sports adoption at large. “The general public is [behind] when it comes to cycling in the United States. […]  Sports with cheap balls are the standard.”

It turns out, ball sports have a huge advantage over cycling in terms of adoption in nearly every community, and that’s unlikely to change anytime soon. Not only is the cost of entry low–basically the cost of a new basketball every couple years–but the potential payoff is much larger than it is for mountain biking.

Consider that the man who has been dominating the World Cup circuit over the past few years, Aaron Gwin, only brings in $1 million a year–and that includes salary, bonuses, prize money, etc. Compare that to the NFL’s minimum salary this year, $465,000, which doesn’t even include bonuses or endorsements.

“I am tall […] [so] everyone thinks I play or have played basketball,” says Donna. “When my response is, ‘No I don’t play basketball! I am a cycling enthusiast, and I want to become a downhill mountain bike racer!’  They stand there with a blank stare.”

To spend time and resources on a sport with a lower financial payoff and little chance at fame or recognition within the community, it’s no wonder riders like Donna are met with a lack of support, if not flat-out derision from their communities. 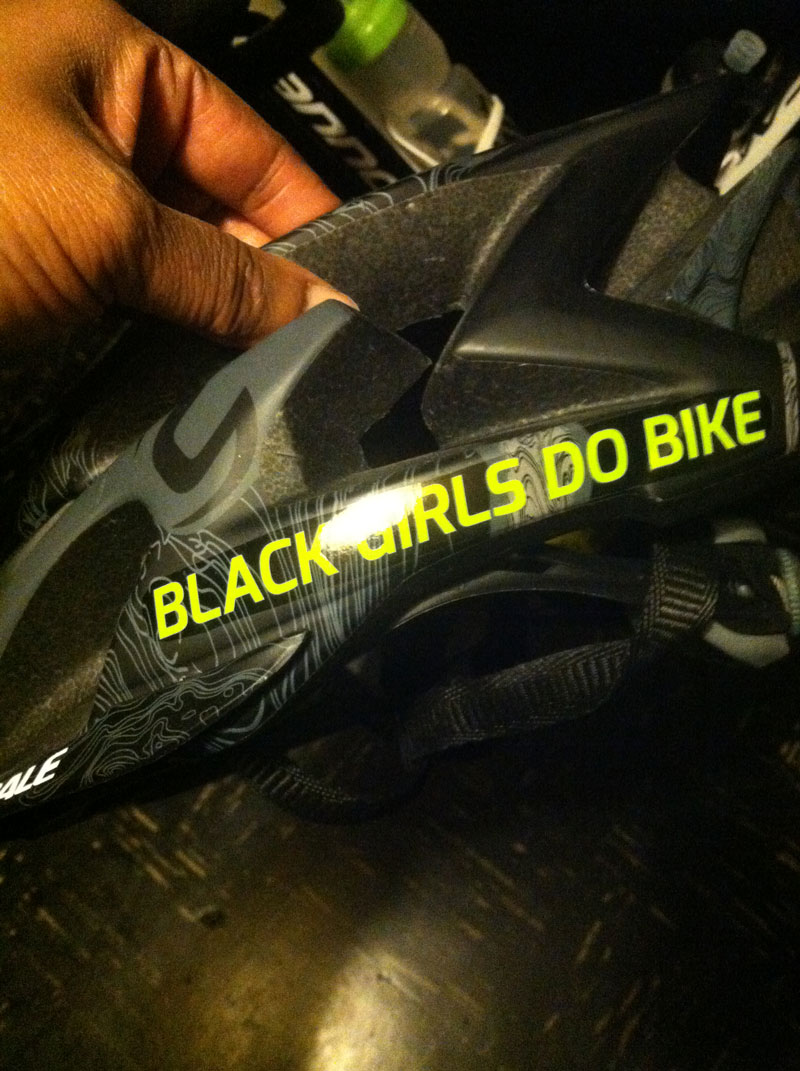 This should come as no surprise, but mountain bikers are overwhelmingly white males. In the USA, at best, just 20% of mountain bikers are women. And according to our own research, only between 1-3% of Singletracks readers are African American. When Donna attempted to talk with folks in the industry about getting started, she was met with what she says were crude and condescending suggestions.

“Most would just simply cancel appointments if there was a business meeting,” says Donna. “Then there were the ones who would never return my emails and phone calls.”

Recently, Donna decided to shift her focus to road cycling, which doesn’t require access to faraway trails or specific terrain. Not only is road cycling more accessible, but Donna is able to follow in the path of her new hero, Ayesha McGowan, an Oakley-sponsored cyclist who is paving the way for other women of color.

While Donna isn’t giving up, she still says “the cycling industry is in […] need of [an] overhaul.” Based on my conversation with her, it certainly seems that more could be done to support potential athletes, like making cycling infrastructure accessible in more communities and organizing mentors through groups like NICA and Trips for Kids. Ball sports are fine, but they don’t have the same potential for unclogging our roads and cleaning our air, or for reconnecting people with the wonders of the natural world. 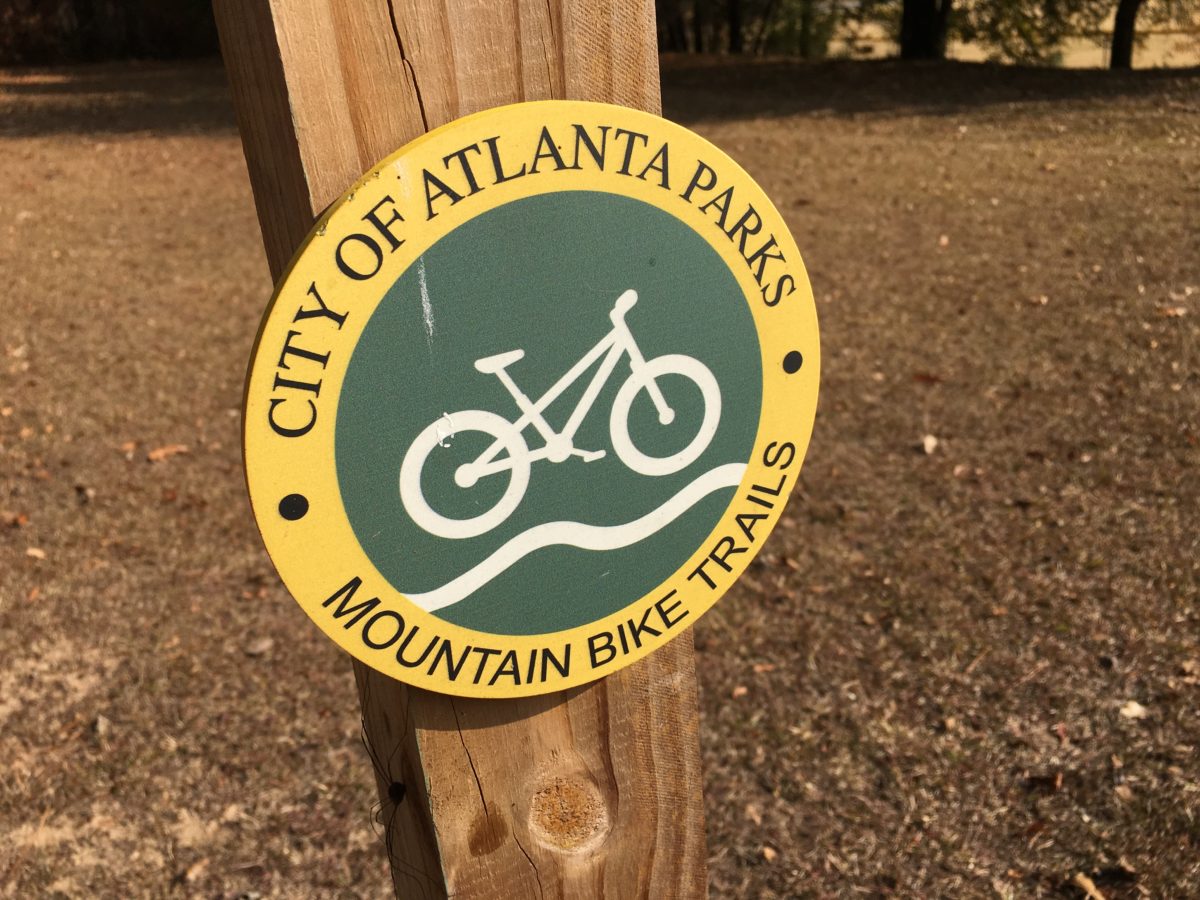 I get that some people reading this will argue that diversity is overrated, or that their enjoyment of mountain biking has nothing to do with “growing the sport.” But the fact is, the roadblocks Donna has encountered are the same ones many of us struggle with–a lack of accessible trails, expensive equipment, and a ball culture that just doesn’t get us.

Sometimes it takes an outside perspective to make us realize we can and should make things better.

News
Transition Debuts Their Lightest Mountain Bike Yet With the 120mm...
Gear
MTB Gravity Pants from DHaRCO Just Might Replace Your Favorite...
Videos
Better Mountain Bike Drops In 1 Day: How To Drop...
Beginners
How to Prevent Leg Cramps When Mountain Biking // Tips...