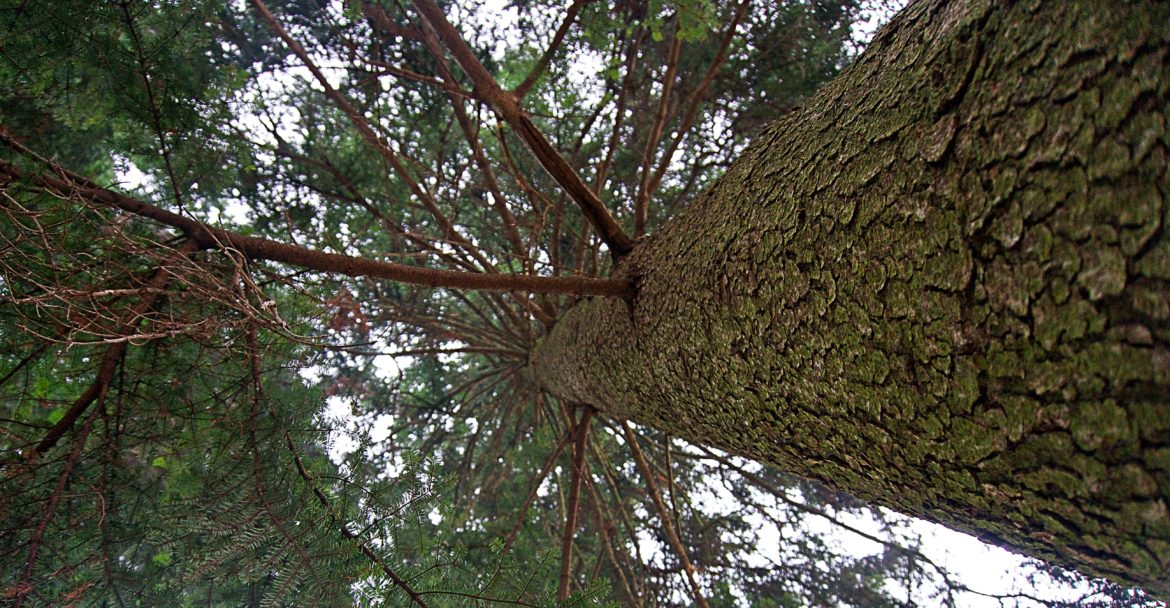 Here continues my dendrophilic search to learn more about the flora that flanks our trails.

From ancient Egyptians lining their halls and homes with evergreen bows to feed the sun god Ra, to US President Calvin Coolidge lighting up the first national Christmas tree in 1923, humans have had celebrated trees for thousands of years. Druids, Norwegians, Pagans and many other cultures have created rituals and traditions around bringing the warmth of green foliage into their homes during the dreary winter months.

You may have a tree in your home during the holidays, or enjoy them in public spaces, and odds are good those bows come from some species of fir. Balsam and Frasier fir are the most commonly cultivated holiday species today with 25-30 million sold annually in the US alone.

In recent years, conservation groups have found ways to recycle dead holiday trees, turning them into habitat for juvenile salmon and steelhead.

If you ride trails outside of the desert you have likely passed by a fir tree or two. With more than 48 species under the fir canopy (genus Abies, family Pinaceae), you can find some iteration of the symmetrical arboreal icons in Northern Africa, Asia, North and Central America, and much of Europe. Fir typically prefer higher elevations across their natural habitat, though some species can be found at sea level. Noble fir, in particular, enjoy the soil and seclusion at higher altitudes of 3,000-5,000 ft (915-1,524 meters) in the Cascade Range of the western US.

Fir specimen heights differ greatly between species, from 10-meter, mid-story plants peering up at the sun to 90-meter noble fir giants. Similarly, the trunk widths of different fir range greatly within the spectrum of species. Across all species, fir maintain a relatively symmetrical triangle shape, making them stand out from their more spindly or sparsely-branched neighbors.

Species of fir vary so greatly that location is not always the best indicator of a particular tree’s species. For example, here in northern Italy, we have several “naturalized” species that are native to North America. If you want to learn how to identify a fir tree and narrow down its particular species, a species key is the best place to start.

Fir provides the primary nesting habitat for a variety of songbirds and raptors. An estimated 80% of bald eagles nest in fir, several species of owl live in the towering evergreen tops, and woodpeckers like the northern flicker find both their food and lodging in fir trees.

Along with shelter, the soft bark, sap, and seed-cones of fir trees are a major food supply for deer, black bear, rabbits, squirrels, chipmunks, mice, insects, and of course birds. Some ravenous bear will strip trees of their bark as high as they can reach, occasionally killing the tree.

In the timber industry, fir is considered a soft wood, and like spruce and pine trees its trunk is a primary material resource for paper pulp and plywood. Lumber from fir trees is used in light construction framing, shipping-crate construction, and interior wall paneling. Indigenous people and contemporary survivalists have found a host of medical and tactical uses for fir nectar that could be of interest to anyone who spends considerable time deep in the wilderness.

How to identify a fir tree

Distinguishing a fir from similar evergreens can be simple. The steps below should help you identify the plant.

Needles are soft and flat, growing from a single point of origin, not clustered together, and are attached to the branch like a suction cup. If you pull the needles off they don’t leave any woody projections on the branch. Each needle will tend to have two white stripes on the underside.

Cones can be purple, green, or blue, before changing to a golden brown. All fir cones grow upwards like a cartoon thumbs-up.

Bark on young trees is usually smooth and gray, becoming furrowed with age.

Fir trees develop into a tall and upright conical shape. The shape is similar to spruce, with additional space between each branch.

Mountain bikers often pontificate on being in the forest, away from cell phones and other distractions, as part of why they love to ride. Spending time among the trees, focused on what is currently happening in front of and around us, offers meaningful benefits to our mental and physical health. The poem below, by legendary letter-setter Mary Oliver, encompasses much of the connectedness and accolade for nature that I often hear friends sharing alongside the trail.

When I Am Among the Trees

When I am among the trees,
especially the willows and the honey locust,
equally the beech, the oaks and the pines,
they give off such hints of gladness.
I would almost say that they save me, and daily.

I am so distant from the hope of myself,
in which I have goodness, and discernment,
and never hurry through the world
but walk slowly, and bow often.

Around me the trees stir in their leaves
and call out, “Stay awhile.”
The light flows from their branches.

And they call again, “It’s simple,” they say,
“and you too have come
into the world to do this, to go easy, to be filled
with light, and to shine.” 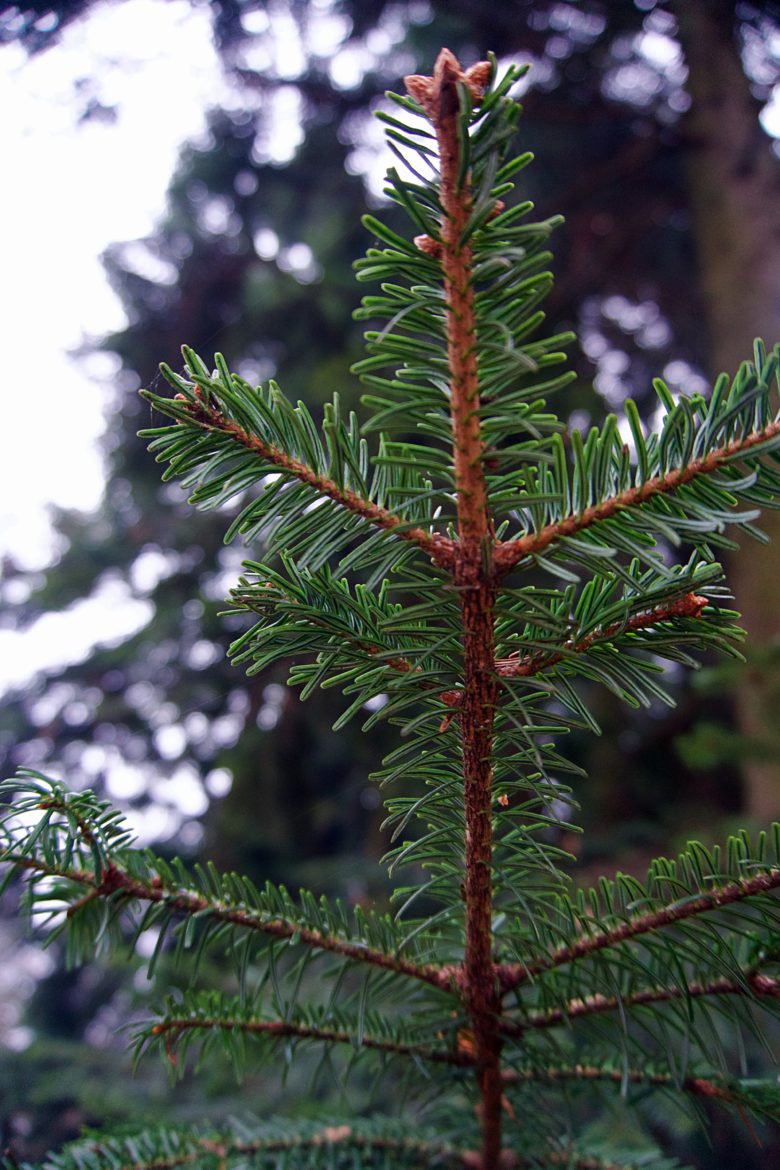 Do you have any favorite fir stories from the trail, or facts about a particular species? Please share them below.

Nice to see the second article in your series on trees Brian … maybe my favorite topic in this world. How to distinguish between spruce and firs? The easiest is fir needles are flat as you mentioned and spruce needles are square. Fir flat; spruce square. A fir needle will not roll in your fingers. A spruce needle easily rolls. Also looking from afar, spruce cones are only in the upper portion of the tree crown, usually upper 30%. To identify Douglas firs one of the most common conifers in the western US, look at the bud. They have a distinct pointed but elongated cigar-colored bud. Young Doug firs are often mistaken for blue spruce in CO. Don’t let the bluish color of young Doug Firs fool you into thinking they are blue spruce. Check the bud and check the needles.

Damn it , this was rad. Thank you.