If you scaled trunks as a kid or adult, there is a reasonable possibility that one of them belonged to an oak tree. Maybe you stop mid-ride and climb trees today? Many species of oak grow ideal trunk girths for human legs to wrap around, and have grippy bark, and large sturdy limbs to sit on for a rest. Native to six out of seven continents on earth, there is likely one of the 600 oak species near your home. Let’s look past the acorns, toward some roots of the Quercus narrative.

Oak is a symbol of strength and fidelity all around the globe. It is the national tree of Bulgaria, Cyprus, England, Estonia, France, Germany, Moldova, Jordan, Latvia, Lithuania, Poland, Romania, Serbia, the United States, and Wales, gracing a number of flags and coins with its iconic leaves and fruit. Dating back far before any of these were countries, Oak is among the most culturally significant tree species in written history.

On Hampton University campus in Virginia, a sprawling southern live oak (Quercus virginiana) stands as a reminder of the dehumanizing slavery that African people were forced into in the USA. In 1831, a Union General began classifying African slaves who had escaped to Virginia as “contraband” so that the army would not have to return them to plantation owners. Soon after Mary Smith Peake started teaching the children and adults who made their way across the battle line, employing the live oak’s shade as their classroom. This arboreal education setting marked one of the earliest recorded education opportunities offered for African-Americans. The Emancipation Oak took its moniker in 1863 after the South’s first reading of the Emancipation Proclamation was heard beneath its bows.

Most oak species are deciduous, with a few exceptions that include the evergreen Holm Oak (Quercus ilex). Oak leaves tend to hang on longer than others, blanketing the trails with their crunchy chorus in late November and December in the northern hemisphere. These trees love to drink water, consuming more than nearly any other documented tree, and most prefer well-draining soil profiles. Oak species can be found at sea level in semi-desert climates and at elevations as high as 2,300 meters in the tropical rainforests of Costa Rica.

Oak are highly laborious trees, regularly growing over 2,000 acorns every second or third season, though only 1 in every 10,000 of those fruits become a mature specimen. Acorns can take between 6 and 24 months to fully mature, and they are often consumed by animals before they reach the forest floor. The nutty fruits range in size and shape between species, with some fitting into the perfect cartoon image of a 2 cm X 2 cm cherubic face and pork-pie hat, and others taking on an elongated shape similar to almonds. 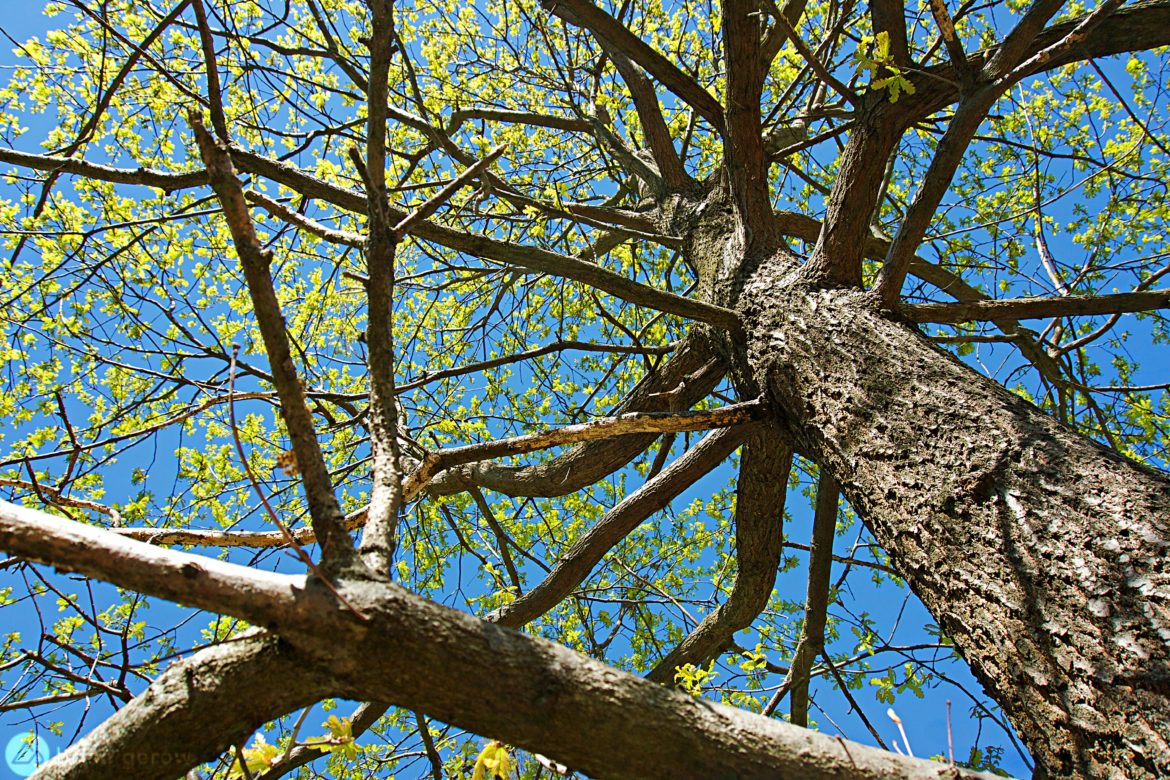 Oak trees grow from short, shrub-height species to sky scraping giants at 180ft (55.2 m), with squatting bases as wide as 23 ft (7 m) around. Branches in the taller species, like white oak, are well-spaced, and grow at approximately a 90° angle to the trunk, while the arms of shorter species start closer to the bottom and grow toward the sun at closer to a 45° angle. 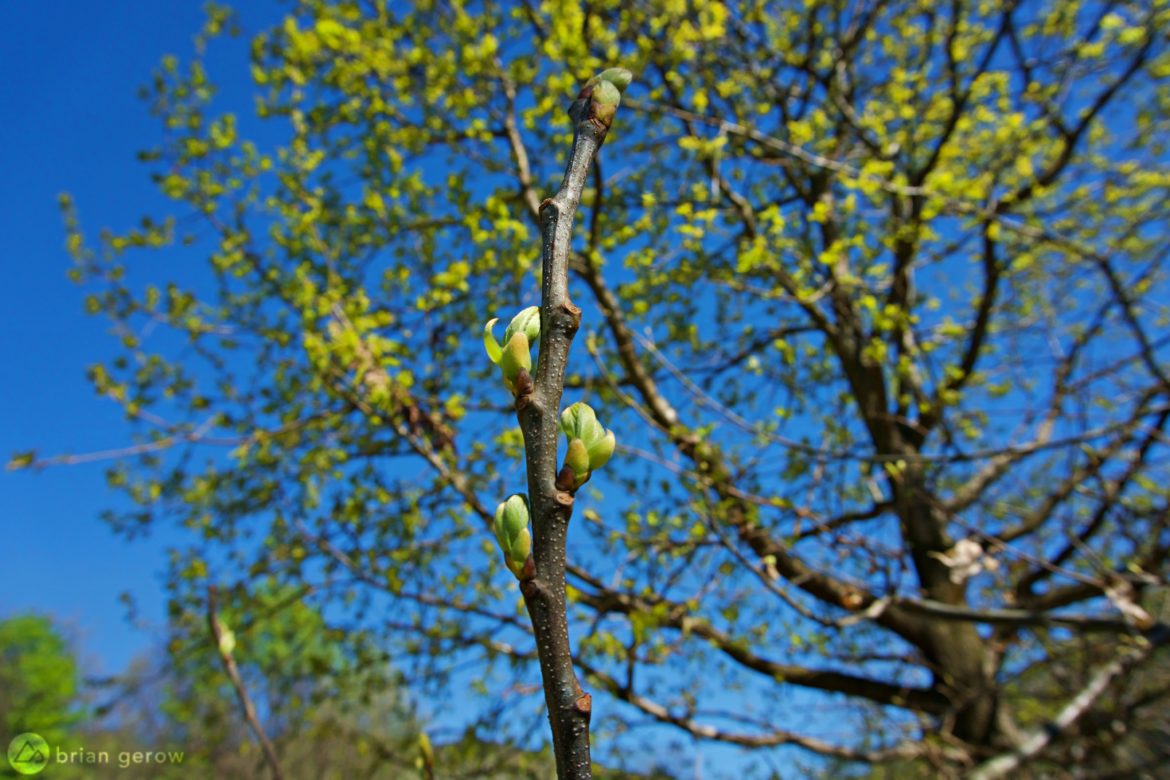 Humans and other animals have employed every last bit of these trees, and oak supports more forest life than any other native species. Though a number of animals, including dogs and cows, are allergic to the tannic acids in acorns, more than 100 vertebrate species eat acorns as a primary dietary component in the U.S. alone.

Humans have historically used oak’s strong lumber for ship and home building, its fruit ground for baking flour, its natural colors for dies and pen ink, and its gracious shade for thought and reflection. We have been drinking wine and spirits that were aged in oak barrels for centuries, and corking bottles with its bark for just as long. It’s likely that you own a piece of furniture, or a kitchen cabinet door, made from a Quercus trunk.

In addition to their physical uses, oaks have provided humans with a plethora of spiritual and ritual understandings that have helped to shape the nature of the unknowable.

Oaks are more likely to be struck by lightning than other trees. This enhances their significance for Druids who seek ‘arwen’ or inspiration which they believe can come through lightning. They call this ‘courting the flash’. –BBC

The musical uses for oak don’t stop at drum kit shells. German recording artist, Bartholomäus Traubeck, uses a special camera to read the grain widths and shifts on wooden discs sliced from trees and converts their patterns into music. Check out his oak jam below.

How to identify an oak 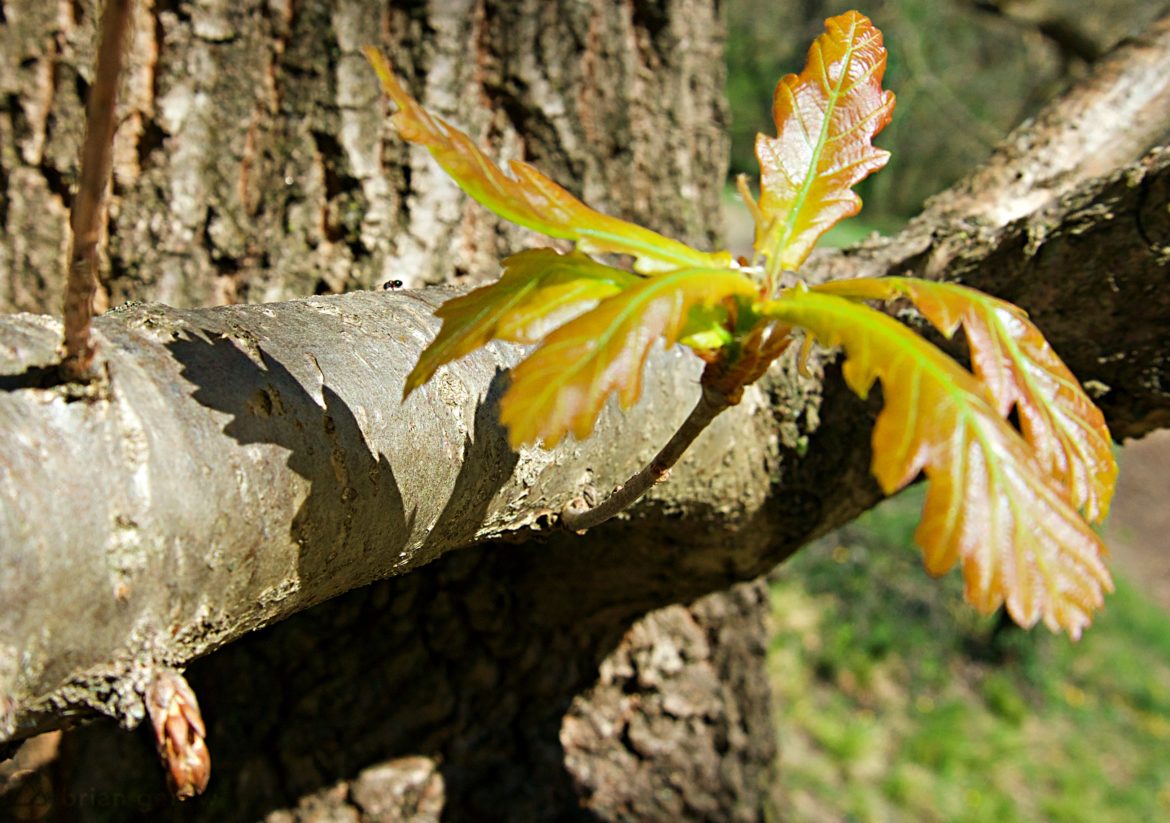 With a wide variety of shapes, sizes, and leaf formations, the only way to positively identify an oak tree is with a field guide or dichotomous key. Here are a few places to start your identification journey. These guides use a tree’s location, height, bark type, and shape, its leaf shape, leaf size, and how each leaf attaches to the branch, and a variety of fruit characteristics to help you determine what sort of oak stands before you. 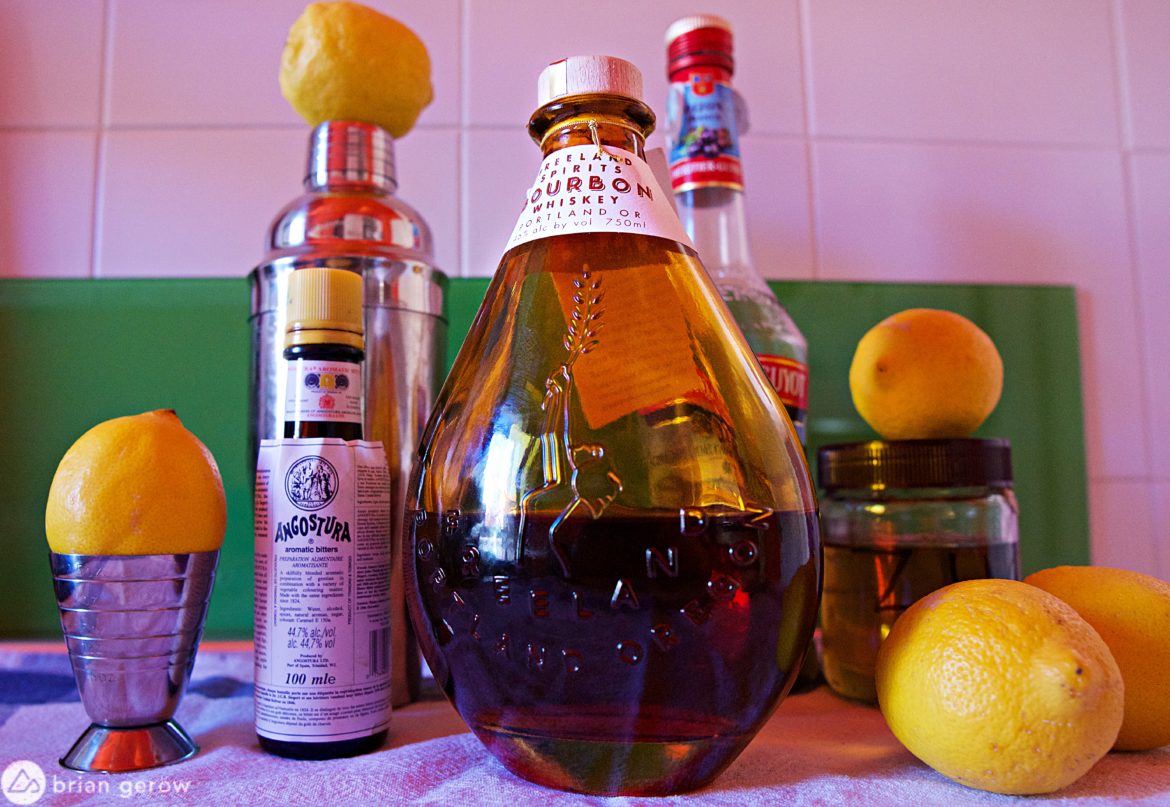 Wait a second, booze barrels are made from white oak? Well, let’s celebrate some bourbon infused by oak!

For folks who enjoy a fantastically delicious cocktail, you can taste the beauty of oak trees with Jeffrey Morgenthaler’s famous Bourbon Renewal. As a true aside, I was once a dishwasher at Clyde Common, where Morgenthaler now mixes these renowned flavor creations. The Bourbon Renewal is my personal favorite.

Trails
Stop and Smell the Cottonwood: A Mountain Biker's Guide to...
Trails
11 Ways Mountain Biking the Alps Is Different from Riding...
Trails
The 10 Best US Colleges and Universities for Mountain Bikers
Videos
Watch: December Dust in Champery