Pietra Ligure is a seaside destination city on the Mediterranean, with a rich history dating back beyond the year 641. And luckily for mountain bikers, the town has purpose-built trails that stretch from the sea up to the Val Maremola hillsides 1,000 meters above.

In the shred-guide below I will share a taste of Pietra’s singletrack story, and the wood-fired pizzas that follow. After that, I’ll talk about the epic conditions we found at a recent enduro race in Pietra Ligure.

When compared to its world-famous neighbor over the hill in Finale Ligure, many of the trails in Pietra are longer and equally physical. From the top of Monte Carmo, at 1,389m, you have a number of amazing tracks to choose from that will either take you all the way to the sea, or to a fire road where you can pedal back to the top for shorter loops.

Two of the longest tracks in the area, Karma and Bric Tampa, are well detailed in our earlier article about Finale. Alongside those grand descents are the likes of Hiroshima Mon Amour and Curve de Livelo. Both of these newer trails were included in this year’s Super Enduro, and both are worth a ride when you are in the area. They start from the main climbing/shuttle road called Colle de Giustenice and roll along nicely between the beech, pine, and oak trunks. The tracks are fairly similar, with rocky sections, several belly-dropping compressions, and tight twisty snakes through the trees toward the end. They both last roughly 10 minutes at race pace, and fall into a favored category of endurance descending. 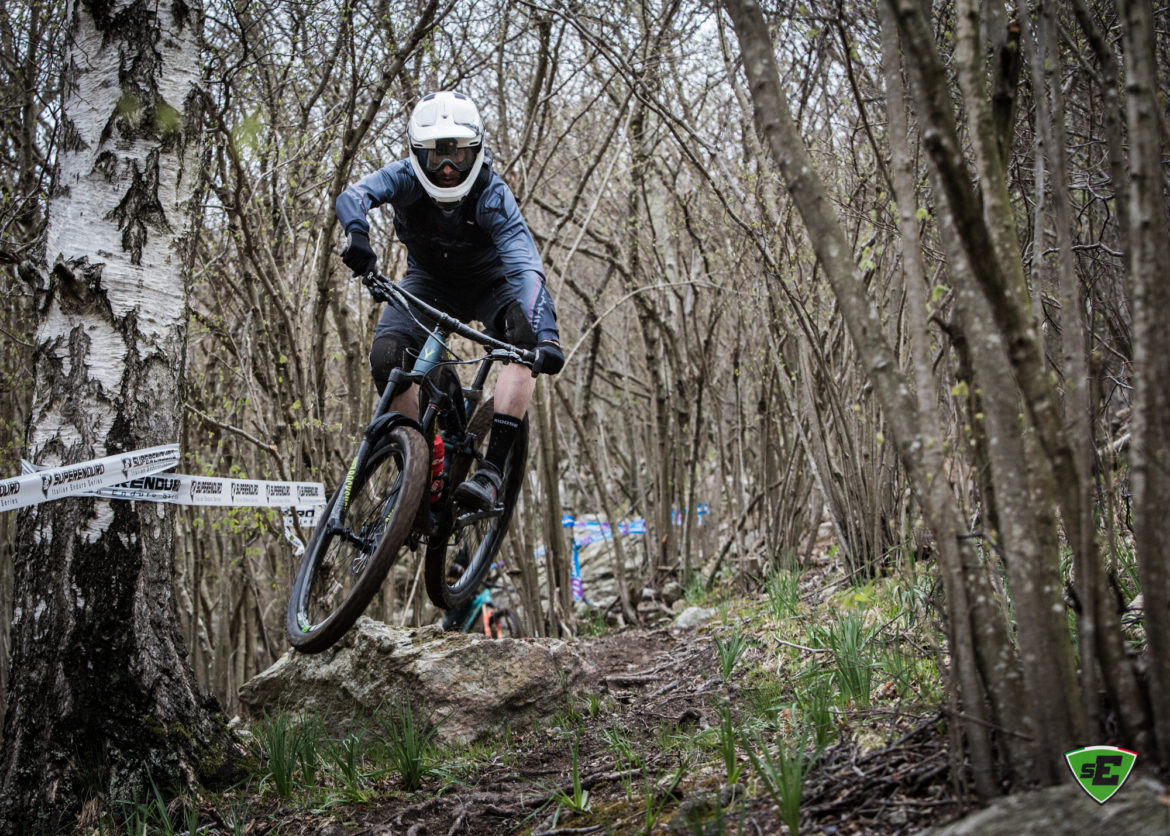 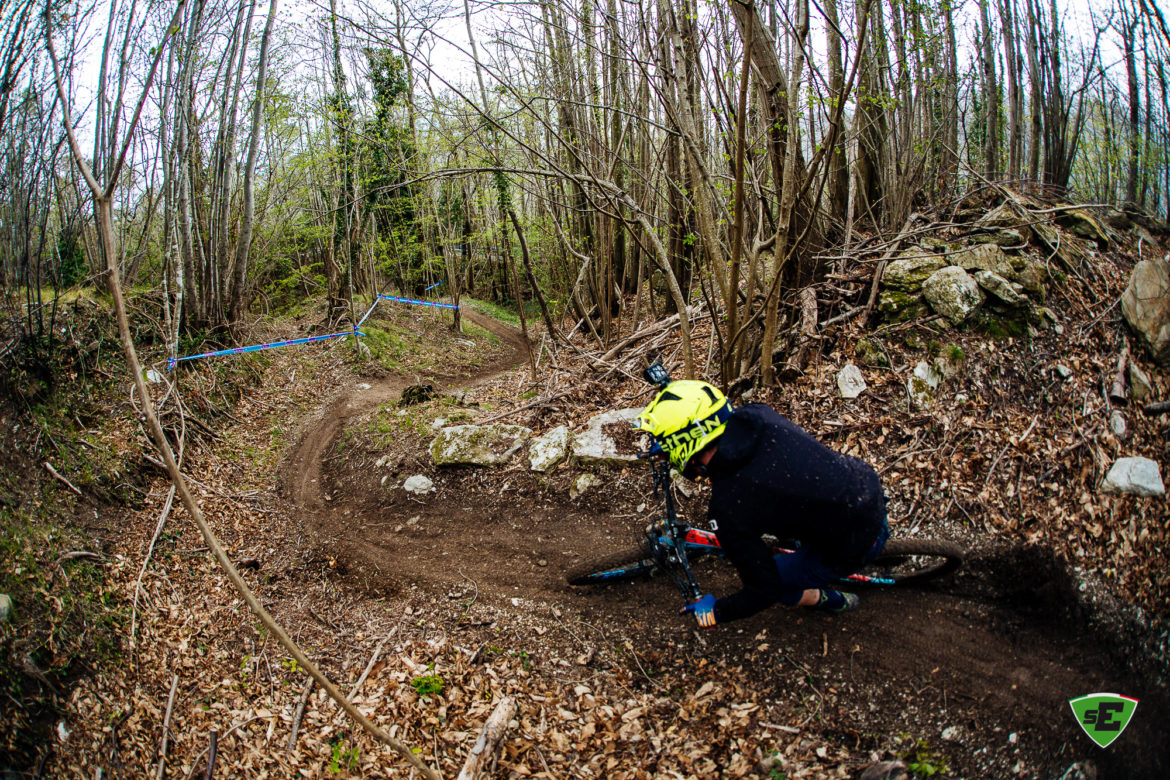 Other medium difficulty tracks include Tittalana, Rock ‘N’ Rolla, Oltre Finale, Hellboy, Dog Eat Dog, Sentiero del Fieno, and Aleluia. A few of these trails are shorter, many are rockier than the two mentioned above, and all are super fun. Depending on what you are accustomed to, these tracks might provide all of the technical descending challenges you are after. If you want to find the ledge of your skills and guts, hit up the folks at Hot Bikes for a tour of the region’s most difficult descents.

The Superenduro Pietra Ligure is what initially brought our attention to the trails here.

Italy’s Super Enduro is one of the most well-attended gravity events in the world, and the 2019 opening event held in Pietra Ligure was no exception. The kickoff race for the series’ 11th year in action hosted 405 riders from 16 nations around the globe. Track practice was appropriately limited to the Saturday prior to the event, and racers had a blast testing out the long and tricky ribbons on offer. It rained the evening before practice after almost two months of dusty trails, making for supreme tread conditions.

Race day brought a turn of events, with spring deciding to remind us all that it was not yet summer by dumping a few inches of snow atop the ridge throughout the morning. Riders shuttled to the saddle between Finale and Pietra Ligure and climbed west among the frozen flakes. The ride from the shuttle dropoff point to the top of stage 1 could be pedaled in 40 minutes or less on a warm day, but racers had 1.5 hrs to make the transition in the snow. Many spent part of that time huddled in a fortress above the dropoff point. 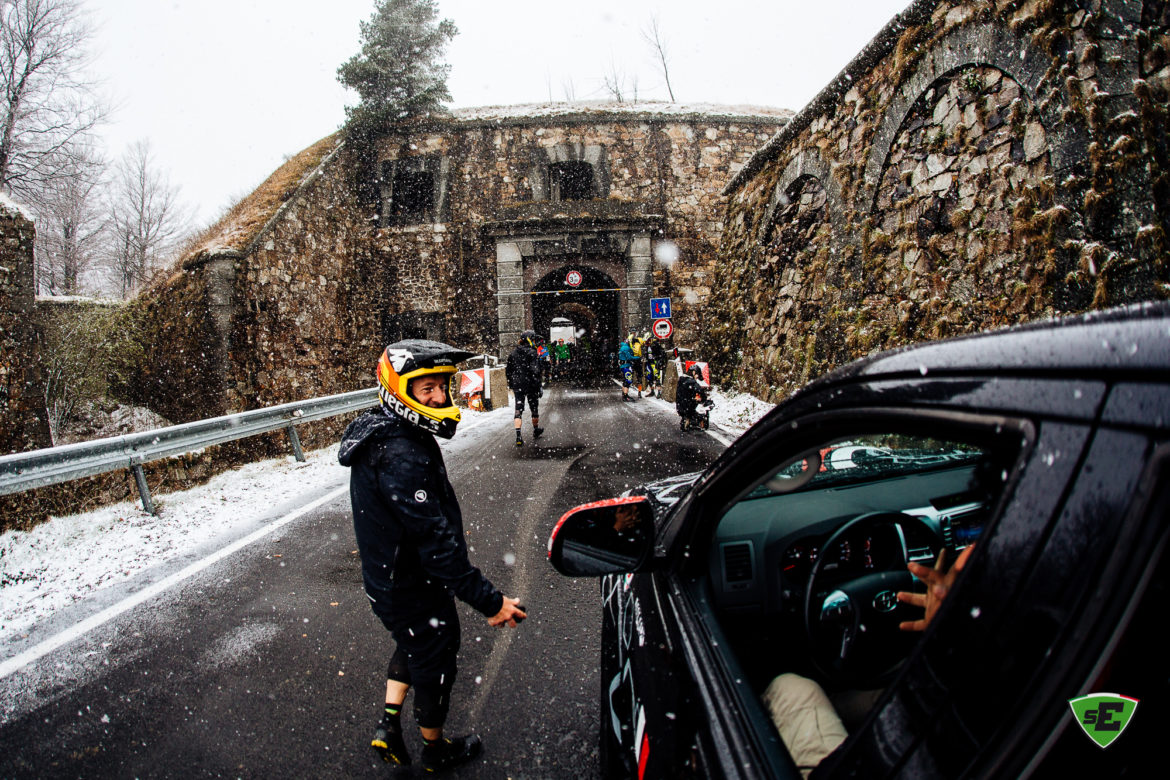 After the first few categories had slid into their places at the bottom of stage one, all of the riders were called back to the race paddock for a change of plans. The original call was to get everyone back to town, and riders who wanted to continue could race the final two stages which started well below the snow line.

By the time everyone returned to town, four racers had already been taken to the hospital with hypothermia, and the rescue team was growing thin. The organizers, race officials, and medical staff decided to call the first-ever race cancellation in the 11-year-long Super Enduro legacy. A good number of pro riders who had traveled to the event with EWS qualifying hopes were quite perturbed by the decision, but the team in charge made the right call for the health and safety of everyone involved. We will all live to race another day. 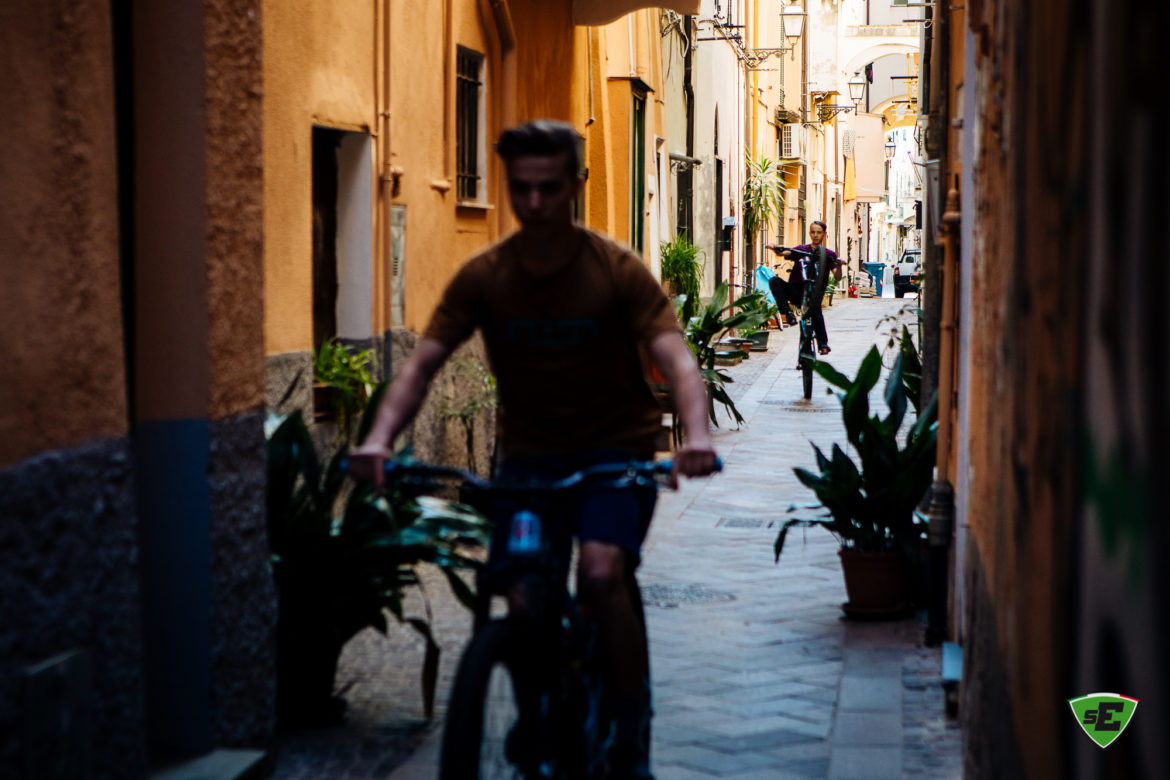