The town of Kimberley, on the eastern side of British Columbia, Canada has received a $851,522 grant and plans to develop a new trail network designed around e-bike use. The grant, provided by the Province of BC, under the Tourism Dependent Community Fund, hopes to boost tourism in the town and help persons with disabilities and older individuals get out on the trail.

The network will consist of 36km (22 miles) of new and updated trails made for class 1 e-bikes and adaptive trikes. The network will also have new signage, solar powered e-bike charging stations, and new bathrooms. Organizers hope that they will see more networks like this throughout the Kootenay region.

“The e-bike phenomenon is not a fad – it is here to stay,” said Kimberley Mayor Don McCormick in a press release. “Kimberley will be the first community in North America to embrace a purpose-built trail network for e-bikes and adaptive e-bikes. This is a significant addition to our recreation amenities for use by visitors and resident alike.”

Ryan McKenzie, the general manager of the Kimberley Trails Society added some notes on why the trails will be distinct from non-motorized or non-adaptive mountain bike trails.

“E-bike trails will look a lot like traditional trails but will be built with sustainability in mind so they can withstand any additional traffic and other factors, such as climate change, better over time. Adaptive trails are often slightly wider than single-track trails to accommodate some of the different adaptive bike designs. There will be a variety of different trails in this project that will benefit the intended audiences as well as other groups such as winter sports enthusiasts, families, and those already enjoying our current trail network.”

The trails, though made with e-bike and adaptive use in mind will also be open to non-motorized bikes and other user groups. McKenzie says the trails are being built to IMBA standards and they’re hoping to learn new sustainable design elements that are geared toward e-bike use.

“We have a lot of trails here but very few of them within the city limits were purpose built for mountain biking and none of them were made with e-bikes or adaptive riding in mind,” McKenzie told us in an email. “A purpose built network will hopefully relieve some of the stress on the trails in town that were not designed for higher traffic volumes and the variety of users that are accessing them.”

McKenzie says that although Kimberley gets its share of powder days in the winter months, the summers can be dry and hot, with bad fire seasons and dusty trails. Kimberley, he says, has tried to manage fires by thinning fuels in the forest, but that leaves more exposure on the trails.

“This means that many trails that once travelled through dense forests now see a lot more sun, less moisture and less organic renewal to the trail bed. Steeper trails will deteriorate much quicker in these conditions. We have found that the classic 10% grade or less is ideal for our soil, so many of the trails will stay in this range. There are plenty of other strategies such as utilizing rock features, armoring and proper trail design that will allow us to create challenges on the descents that will hold up to this new reality.”

There should be a mix of trails in the network, from flow to natural, technical trails. The collaborating organizations are hoping to link together solar-powered charging stations along a greater trail to make on-trail charging a possibility. This would also make bikepacking possible for e-bikers, though they may have to bring their own charger.

The founder of Sustainable Kimberley, Andrew Bond says that the project will be a “game-changer” for the town. Bond is leading the solar e-bike charging project.

“The three scenarios are overnight at accommodation (e.g.hotels and campsites), quick top-up locations on the trails/in town and finally, overnight bikepacking trips,” said Bond in an interview. “The latter is the key focus as it has been impossible to charge away from the grid, and few riders can afford second packs. Utilizing solar power with battery backup allows riders of all abilities to go further and access the existing Trans Canada Trail without range anxiety. Whilst top end riders wouldn’t necessarily need a charge, many like myself use higher boost on bikes.”

Bond has chronic fatigue and e-bikes have been life-changing for him.

“The concept came about because of my disability; chronic fatigue, that limits my ability to cycle. But eBikes have opened up an incredible opportunity for anyone with mobility challenges, to rediscover our mountains and become active again.” One of the bigger obstacles for him at the moment is trying to identify charging options that will work for all e-bikes, since the standards, like most others in the bike industry, are all over the place.

Electrify the Mountain will help them transition from fossil fuel-powered motorbikes and ATVs, he says, into low impact, and more sustainable forms of recreation.

“Off-grid solar charging greatly extends the range that eMTB’s can travel, enabling epic trips and adventures for all ages and abilities. As a world first (we believe) these forward thinking projects will put Kimberley BC on the global map.”

The network is expected to be complete in the fall of 2022.

Congratulations! Recharging e-bikes with Solar has tremendous complications…….but surely is the key to backcountry e-biking.
Please keep us informed as to what y’all find out.

I love your project Andrew and we would love to bring a new element to it: a universal eBike charging system. No need to carry your eBike bulky charger anymore (not designed to be used outdoor); just a simple smart charging cable. Recharge up to twice as fast, and designed to operate under the most severe conditions (summer and winter). The battery is fully protected during the charging process. Let’s talk! 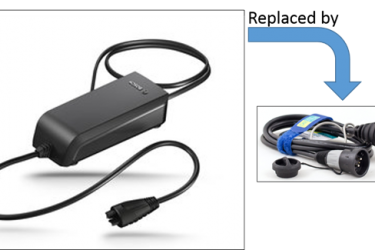