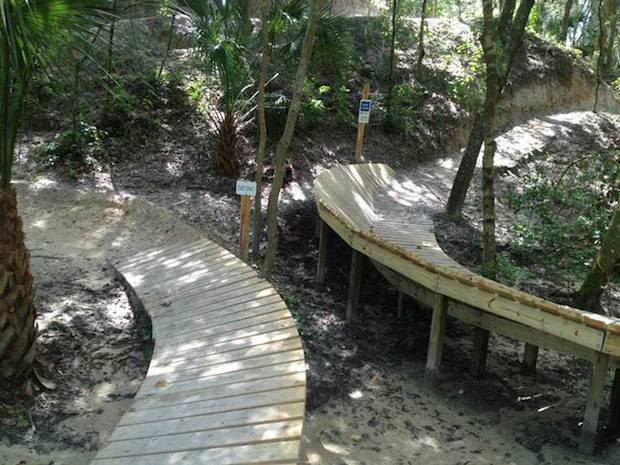 We all take our home trails for granted, but when I saw all the feedback on Facebook for the entrance and exit bridges to Magic Island at Alafia River State Park, I felt thankful. But then it occurred to me, as cool as those bridges are, I never gave them much thought because they’re just two of a dozen bridges at that park. The reason for so many at a trail system with only 20 miles of singletrack is in its history, more than the natural topography.

Alafia River State Park is located in Bone Valley — we use the terms mountain and valley very liberally in Florida — which contains the largest-known deposits of phosphate in the world. Located between Tampa and Orlando, Bone Valley has been mined for over a hundred years. Up until the Surface Mining and Reclamation Act of 1975, the mining companies weren’t required to restore the land, and when the Lonesome Mine was determined dry in 1966, the company let nature take its course.

It’s a good thing they did, too, as it left some mighty fine trail riding topography in a very flat section of a very flat state. Thirty years later Cytec Industries donated the land to the state of Florida, which opened it to the public as Alafia River State Park in 1996. Finally, in 2000 the International Mountain Bike Association (IMBA) conducted a trail building class in the aream and the good folks of the South West Association of Mountain bike Pedalers (SWAMP) have been busy ever since.

Those fine bridges to and from the trail Magic Island were in a great part thanks to the current trail boss, Jeff White. He has donated well over 2000 hours of his time to the park since becoming responsible for the trail in 2012, and most would agree he’s made a great trail system even better. But there are plenty of other bridges connecting the hills across the many lakes and ponds that will challenge your nerves, including one that basically serves as a qualifier for the very difficult trail Gatorback. 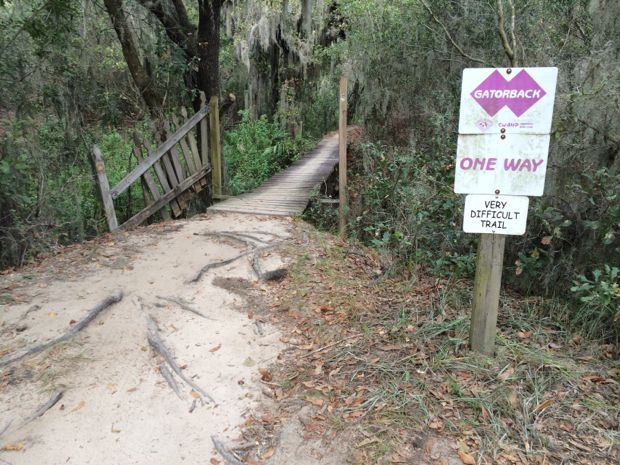 Another towards the end of North Creek is long and flexes just enough to give you pause — of course there are no guard rails, and the green water below is anything but inviting, even on a hot, muggy summer day in Florida. 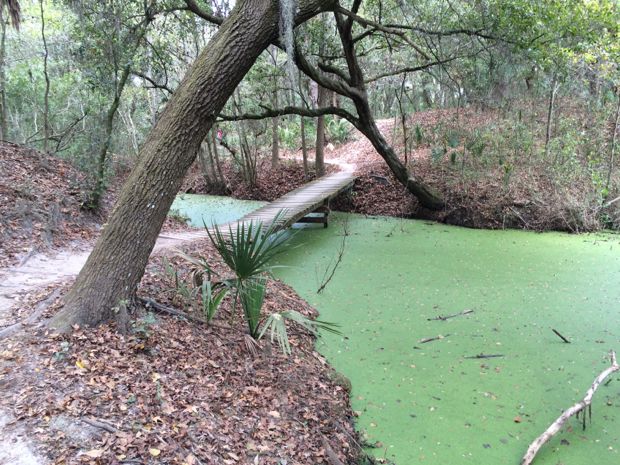 Two of the other longer bridges are back-to-back leading to the aptly-named trail, Bridges. Even the easy trails at the park have wide, low bridges to span swampy sections of trail that never seemed to dry up. They’re a great way to break up the otherwise fast, flowy singletrack. 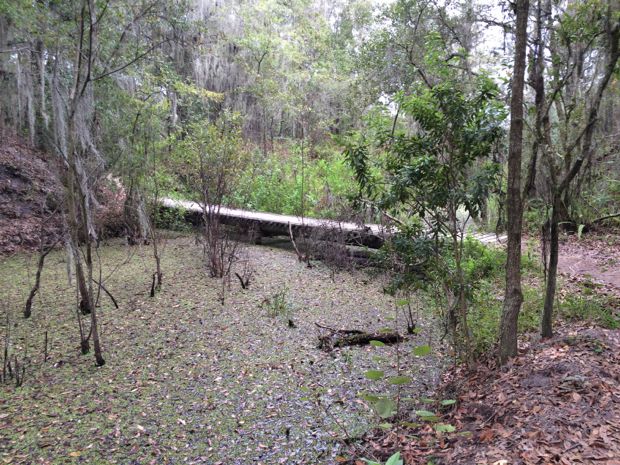 My fellow Floridians, that are familiar with the area, are likely yelling at their computer right now wondering why, once again, Alafia River State park gets all the love when there are so many other great trails there. And while Balm Boyette Scrub Preserve and Loyce E. Harpe Park are also in Bone Valley, and on old phosphate mines, they are numbers two and three behind Alafia on Singletracks.com’s list of top trails in Florida for a reason. 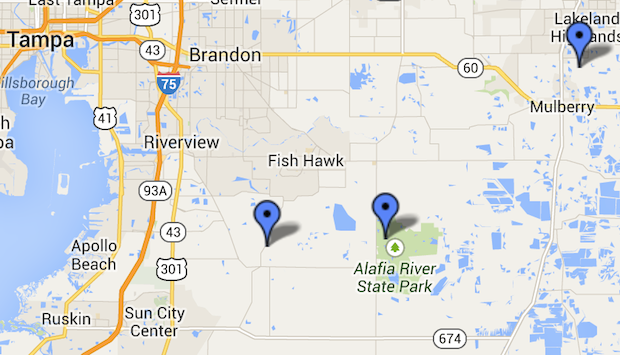 You see, great trails alone aren’t enough: you also need great facilities. And the inclusion of a campground, restrooms/showers, and other amenities is what keeps Alafia higher on the list than its neighbors. So if you’re jonesing for some singletrack this winter, remember, that while we may not have actual mountains in Florida, it doesn’t stop us from riding some sweet trails all year long. 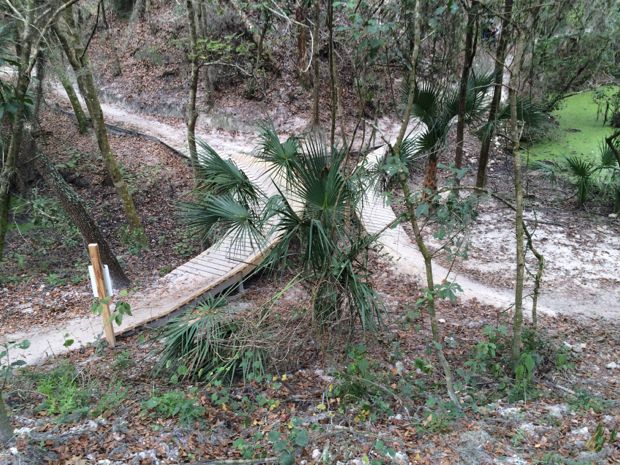 Wishing I was in Florida today… Alafia has been on my to-do list for a while now and this is a great reminder that I need to get down there!