It was the beginning of my summer 2013 road trip, and I had already ridden with Cog Wild in Bend and the nearby McKenzie River Trail in Eugene. I was itching to get up higher in the hills to explore some trails that provided more of a big mountain feel. After all, I had just driven for three straight days from Georgia to get to Oregon… I wanted to ride in some real mountains!

After getting a few suggestions from Mel and Lawrence of Cog Wild, I decided to do a lariat route up the Tumalo Creek Trail, up North Fork past Tumalo Falls, connecting over on a short section of the Metolius Windigo Trail, descend down the Farewell Trail, and finish again on Tumalo Creek.

I began my ride by meandering up the Tumalo Creek Trail from the Skyliner’s parking lot. I chose to park lower down the mountain at Skyliner’s since parking there is free and parking closer to Tumalo Falls costs $$. Every little bit counts when you’re living on the road for a month!

The ride up Tumalo Creek was pleasant as well, and served as a great warm up before I hit the main climb up North Fork. Every now and then, I was able to glimpse some beautiful views through the trees. 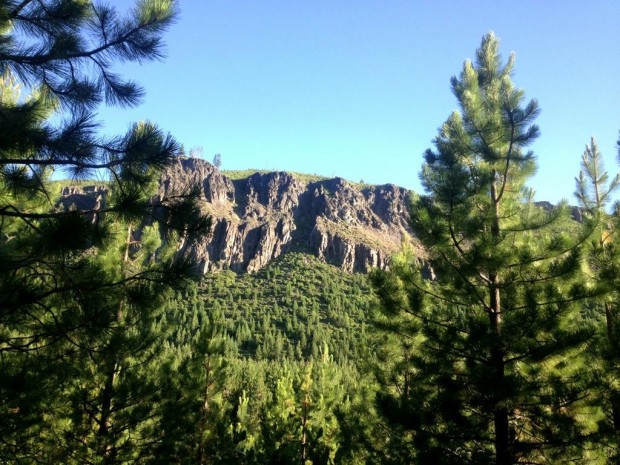 Shortly after beginning the climb up the North Fork trail, I was confronted with the gorgeous vista of Tumalo Falls: 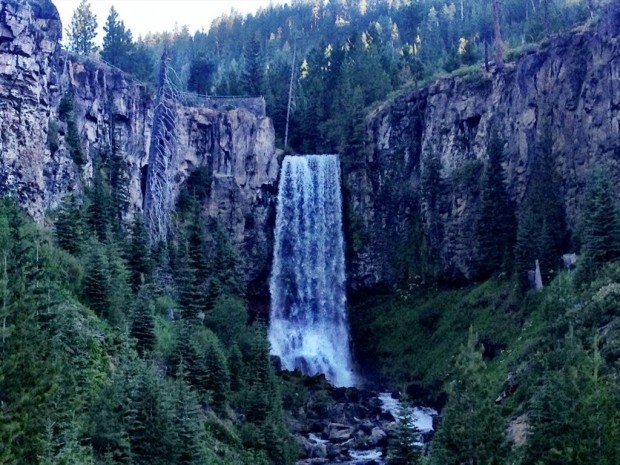 But this was just the beginning. As I climbed above the falls and pedaled up the trail as it continued to follow the creek, I enjoyed the sights and sounds of endless cascades in the rushing stream.

The climb itself gained quite a bit of elevation, but the trail was relatively smooth and very well-built, making for an enjoyable climb. That’s a good thing, too, because the North Fork trail only allows uphill mountain bike traffic. 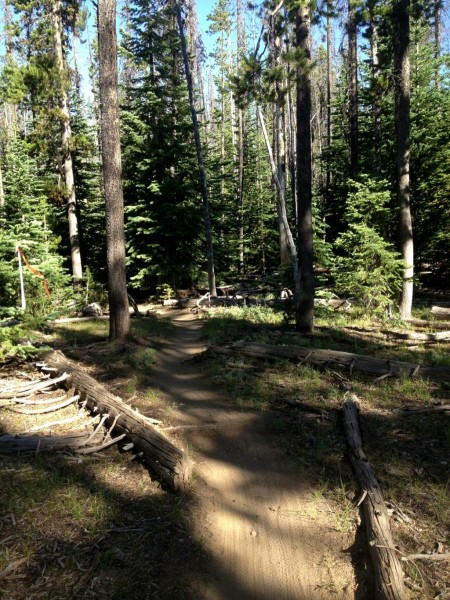 After gaining consistent elevation, I began to glimpse some gorgeous alpine vistas through the trees. I felt euphoric as I inhaled the crisp, clean, Oregon air, looking out over vast pine forests with glimpses of massive volcanic peaks in the distance. Finally, I was riding in the mountains! 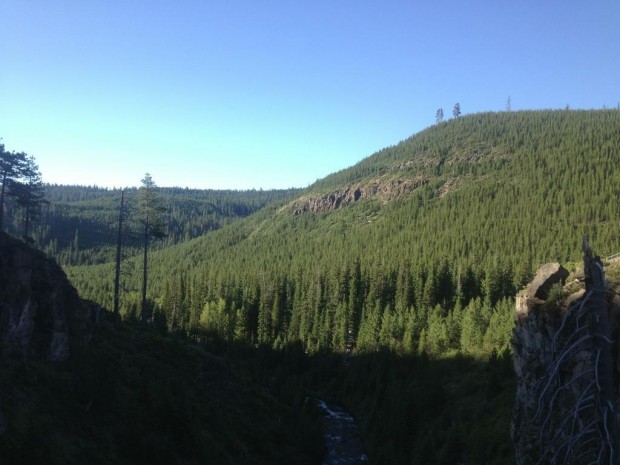 As I was climbing up North Fork, I bumped into another rider. It was early morning during the middle of the week, so he was the only other person I had seen all day. This fellow mountain biker was quite the interesting character. An Australian ex-pat, he now lives in Vancouver, and was down in Bend for the week riding mountain bikes. It turned out that we were both doing the same loop, and since he’d ridden it before, I decided to follow him through the upcoming turns onto the Metolius/Windigo Trail and onto the Farewell Trail descent.

Finally, we dropped into the Farewell trail and reaped the rewards of all of our hard work. The top section of Farewell was flowy and quite pedally, but it eventually steepened into a ripping descent! There were several rock gardens along the way, but on average the descent was smooth, dusty singletrack.

While I had already experienced the “moon dust” of the lower Bend trails, I was actually quite surprised to find such dry, dusty conditions this high in the mountains. Despite the rushing river and the massive pines, the soil was extremely dry and dusty. As I ripped into the descent behind my new riding partner, I backed off and gave him some space so I wouldn’t choke on his plume of dirt all the way down the mountain.

Still, once I embraced the dry conditions and got acquainted with maintaining traction in the dusty corners, I was able to relax and rip into the descent. It felt so fulfilling to be shredding downhill in the big mountains again! While the three-day drive to Oregon was extremely tedious, it was all paying off now. 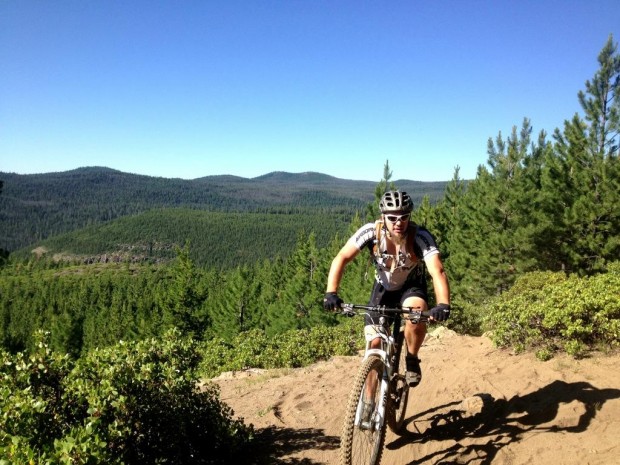 Stunning!
Oregon is just one of four states I’ve never been to–an the only one I really want to hit. Must do it with the bike!

My wife and I did a road trip from Albuquerque to Bend in the summer of 2012. We rode around Bend for a few days and thought it was good, but not great. It wasn’t until we did the exact route you detailed in this article that we really started to dig the place. We determined that the stuff down lower/closer to town makes for an XC riders dream, but for more “trail” orientated riders the stuff in the mountains is what you want to ride.

Haha cool, glad we are in accord!! Did you get down to Oakridge? If not, stay tuned… you’ll want to go there the next time you visit Oregon!

No, I didn’t. We were on a 3 week road trip that went from Albuquerque up to Yellowstone, over to Bend, down to Yosemite, and back to Albuquerque with other stops along the way as well, so our time was limited. We spent a little over two and a half days biking there. I look forward to your ride report on Oakridge because we plan on eventualy getting back to Oregon for a “riding only” trip.

Ah right on, that sounds like a great trip! Yosemite and Yellowstone are both places I really want to go, but haven’t visited yet.

Up to this point, Bend has not been on my hit parade of places to ride because of the “vibe” I picked up at Oregon Mountain Biking. Not the sort of mind set I agree with. But after reading your post and seeing the pictures I think I will move it up the list. And one person all day on the trail is definitely a plus. As always, a great write up.