The mountain bike trails at Tom Brown Park in Tallahassee, FL aren’t unlike the trails in many suburban areas – tightly packed loops that seem to fold in on themselves, multiple runs down the same hill, and a location that, in all likelihood, no one else wanted. I came to this conclusion as I was preparing a map of the trails at Tom Brown and noted that the trail takes riders on a grand tour of both the local sewage disposal facility AND the federal prison. Lovely. 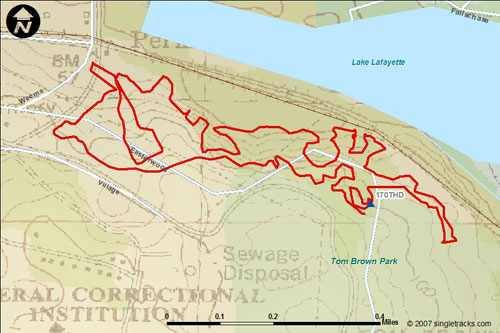 Despite the huge strides that IMBA and local volunteer organizations have made to improve mountain bike access to local parks and public lands, it seems like many of us are still sloshing around in flood plains and landfill areas just because there’s nothing else available. If no one can develop the land, why not put some mountain bike trails out there? Mountain bikers aren’t picky after all – they just want dirt (or so the thinking goes). 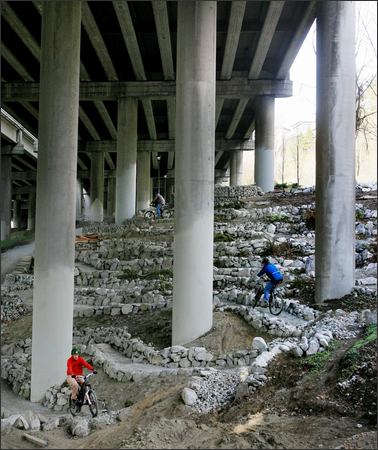 Don’t get me wrong, I’m not complaining – after all, something is better than nothing. But why are mountain bikers so often treated as second class recreational citizens?Â  Unfortunately I don’t have any solutions in mind right now so I guess this is really just a somewhat humorous observation. Where are some other crappy spots you’ve found mountain bike trails?

[…] between I-84 and I-205. The land is between two interstates and near a former jail (remember what we said about MTB trails being built on crappy land?). No matter, $1 million can go a looong way toward […]