Chit-chat at trade shows generally involves the weather, but this year a different question was on everyone’s lips: What do you think of Interbike Reno?

I started attending Interbike in 2007 which doesn’t make me an old-timer by any means, but after 10 years in Vegas, I thought I’d share some observations about this year’s show compared to years past.

Interbike week typically kicks off with a couple days of “Outdoor Demo,” which means testing bikes at the Bootleg Canyon trails outside of Las Vegas. For Interbike Reno, Outdoor Demo shifted to the Northstar Bike Park in nearby Truckee, California and for the first time included a couple of days that were open to the public.

While I didn’t attend the public days, exhibitors say the crowds seemed to be pretty steady, especially on Sunday when the consumer and trades overlapped. Matt and I had a hard time finding a parking spot on Sunday, so clearly the event proved popular.

Even on Monday, the day open to just dealers and media, lines for demo bikes stretched dozens-deep at several booths. The exhibition area was confined to a smallish parking lot which felt a little crowded, but it also had a good energy. As usual, it would be great to see more brands bring more bikes to the demo. Unfortunately the number of brands at Outdoor Demo has been in decline for years, though this year a few new names like Canyon and Mondraker brought bikes.

Of course riding the trails at the Northstar bike park was a treat, with lift service included with an Interbike badge. Lifts lines at the lower gondola averaged 20-30 minutes pretty much the whole time, though the upper chair lines moved much more quickly.

While riding park is fun, it’s not necessarily the right terrain for all of the demo bikes that were available. I had hoped to test at least one hardtail but after a couple of runs down the mountain, I decided that might not be a good idea. Similarly, when testing bikes it’s important to get a feel for both climbing and descending, and while it’s possible to do both at a bike park, clearly it’s much easier to do the latter. In my opinion, Bootleg Canyon actually offers a better variety of trail types and conditions for testing, but then again, it’s not as much fun as riding park.

Getting to Northstar from Reno, where the main convention is held, was no more of a hassle than getting to Bootleg Canyon from the Vegas Strip. Once at the resort and in Truckee, there’s just such a nice mountain vibe that really made the experience more enjoyable overall. People actually hung out in Truckee at the end of the day, which never happened in Boulder City.

All the Way to Reno (You’re Gonna be a Star)

Getting to Reno turned out to be much more of a hassle than getting to Las Vegas for many travelers, especially those coming from overseas. I was surprised to find there are no non-stop flights from Atlanta, home to Singletracks and the world’s busiest airport. My flight cost nearly twice as much as I normally pay to fly to Vegas, plus it took nearly 3 times as long including my layover in Los Angeles.

The Reno Convention Center where Interbike was held is very nice and spacious, but it’s not really near any of the hotels other than the Atlantis Casino Hotel. Many attendees, myself included, stayed closer to downtown where many other casino hotels are located. Compare that to Interbike where there are 3 mega hotels connected to the convention center itself, not to mention dozens more within a block or two. I found hotel rates to be nearly double what I paid in Las Vegas for a comparable room.

While Interbike runs shuttles from many of the big hotels to the convention center during the show, Matt and I decided to rent a car since the hotel, convention center, and Outdoor Demo are all so far apart. We could’ve made it to all those places via the shuttle, but renting a car definitely saved us some time, though it is an added expense compared to Las Vegas logistics.

While travel and lodging were more expensive for us in Reno, food was not. We found food to be more affordable, both around town and in the convention center itself compared to Las Vegas. Everything was less crowded and busy too without the crazy throngs of tourists Vegas is known for.

Was the Reno move a good one?

In the end, trade shows are really about the people who attend, and the relationships that are forged and strengthened year after year. On that measure, Interbike Reno was a success. The exhibition hall felt smaller than ever, which seems to indicate that the show was not as well attended as in years past (at least in terms of exhibitors), but everyone who was there seemed pretty stoked. 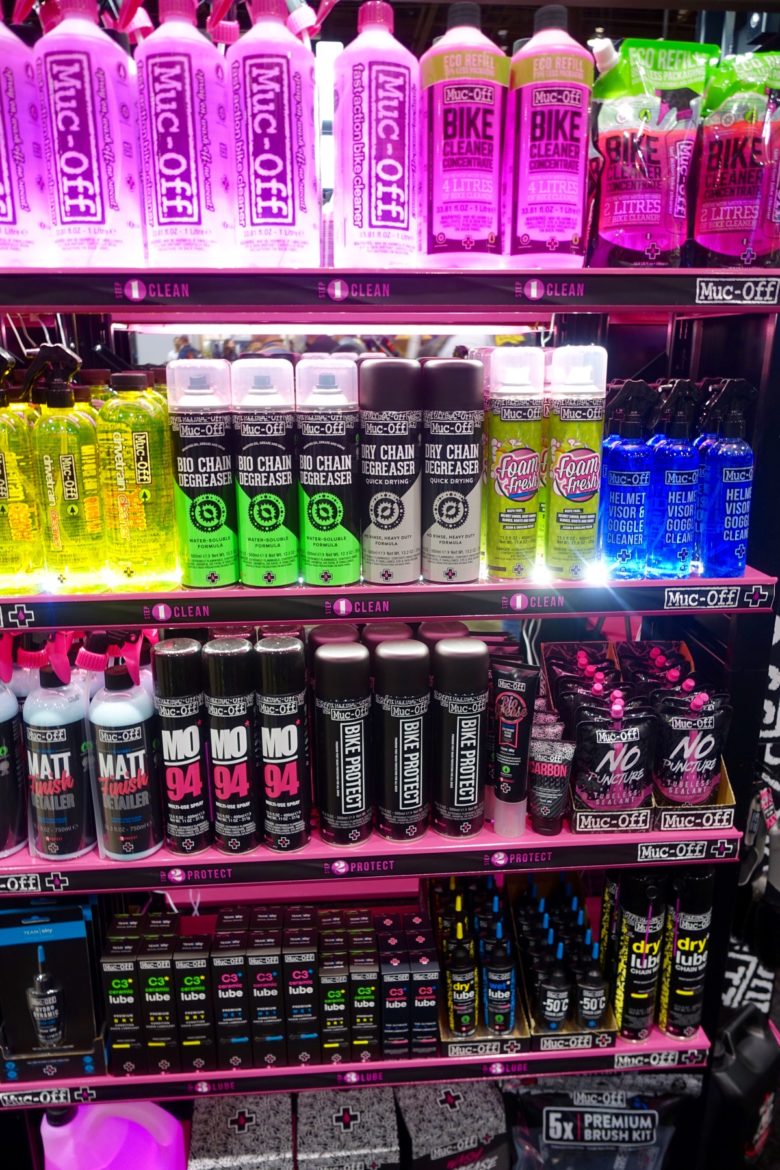 Speaking of exhibitors, many I spoke with were pleased with the cost of booth space and various services on site compared to those in Las Vegas. Setting up a booth can be very expensive, and the move to Reno was done in large part to reduce the cost for exhibitors to attend.

Will the booth savings be enough to offset increased travel costs or some of the other tradeoffs with the move to Reno? It’s hard to say, though clearly the larger players who pulled out years ago didn’t do so due to costs.

My overall feeling is the move to Reno isn’t a step up or down, but rather a lateral move that should keep the tradeshow model afloat in the cycling industry for at least another few years. Who knows, maybe by then the pendulum will have swung back to tradeshows being the hot thing, just like it does with wheel sizes.

Were you at Interbike 2018? How did Reno compare to Vegas for you?

Gear
The Cannondale Dave is a Jump Bike Plain and Simple
Gear
Do You Stash Bike Tools, or Carry Them on Your...
Community
'Aren't You Going to Get Scars? And Won't That Ruin...
Gear
Evil Drops New Mixed-Wheel Insurgent
Subscribe
Login
Please login to comment
3 Comments
Most Voted
Newest Oldest
Inline Feedbacks
View all comments

Didn’t attend, but based on the coverage from all the big media sites this event is on it’s way out. Not much in the way of new product at all.

It’s true, there wasn’t a lot of new product. But that’s just one (small) part of Interbike.

Interbike was always about giving brands a chance to sell to retailers. Retailers (ie, local bike shop owners and employees) make up the bulk of the attendees, followed by the exhibitors (brands) themselves. Media is a tiny component, and just an add-on really.

So, as the local bike shop goes, so goes Interbike. Also, in the olden days, many orders were actually collected at the show; today, that’s all done online.

There really isn’t a single event for new product introductions in the bike industry today. There are always a few new things at Crankworx, Sea Otter, Eurobike, Interbike, etc. Brands have plenty of opportunities throughout the year to intro new stuff, and they tend to do it whenever the product is ready. The biggest brands simply host their own events and fly media, dealers, etc. out for a one-on-one hard sell. 🙂

The one thing the internet can’t substitute is the networking that’s possible at an industry-wide event. Oh, and it’s tough to beat the efficiency, at least for media and retailers, to see a bunch of product at once, rather than spending every spare weekend visiting your suppliers.

Going through my notes today and finishing up a few stories, I just noticed there are several products we saw at Interbike that are still under embargo. That is, the brands have asked that we don’t publish the news yet, which might be why it seems there isn’t a lot of new product news out of the show… yet. This is a bit of a switch from years past, where everything at the show was pretty much ready to be shared.

Still, don’t get your hopes up too much — we’re mostly talking apparel and accessories, not bikes or major component releases.