As I was checking out the latest and greatest bikes from Niner, I spotted something entirely new on one of their bikes: 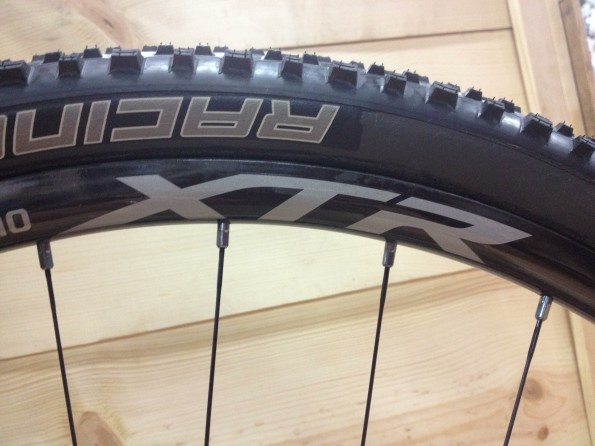 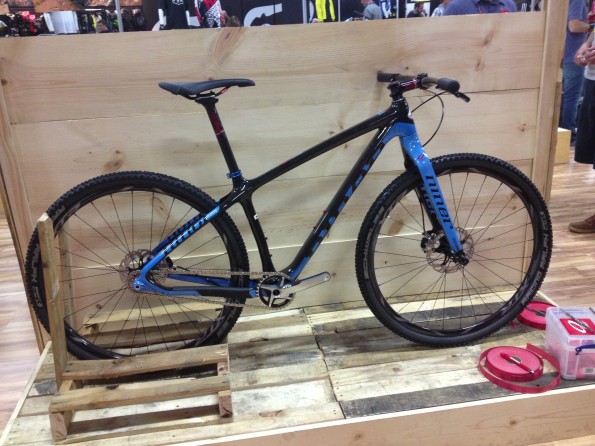 A little digging around reveals that these are a brand-new tubular mountain bike wheel setup. The wheels I spotted were running a Schwalbe Racing Ralph tubular tire. Word on the street is that each rim weighs in at a scant 280 grams. 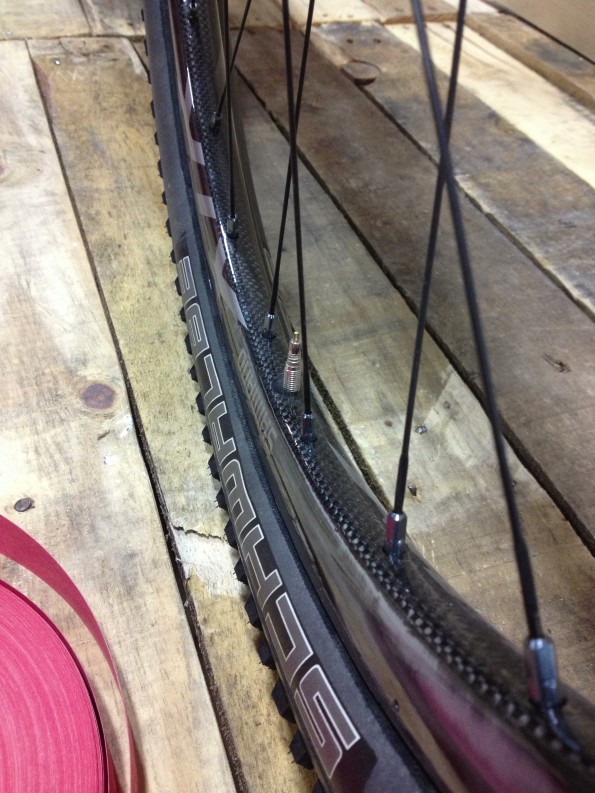 While tubular hasn’t been very big in the mountain bike scene up until now, with this high-end wheel support from Shimano, we might be seeing more dedicated XC racers running tubular setups in the near future. Never mind that tubular wheels can be a royal PITA to deal with, any possible weight savings and performance advantage can make a difference at the upper echelons of the race scene.

Wait… a tubular MTB wheel from Shimano? And tubular MTB tires from Schwalbe? The weights on these things must be ridiculously light. I can’t wait to see Niner put this on the Air 9 and get it under 15 lbs. 🙂

Didn’t mention in the article, but will in the Niner article: according to Niner, they didn’t “try” to make this ss “light,” but it still only weighs 16.7lbs complete…. :O

Tubulars are neat…I’d like to try some. I know a lot of folks swear by them on the road, and know one local MTBer who used them for MTBing for a long time, he even did LaRuta on them! But then he got a 29er and went tubeless.