A few interesting stories from around the MTB world:

Missy Giove charged with marijuana distribution. Badass downhiller racer, 14-time NORBA champion, and 11 time World Cup winner Missy Giove was busted this week for driving a truck full of 400 pounds of Mary Jane in upstate New York. Missy faces up to 40 years in prison and a $2 million fine if convicted.

I have to admit I wasn’t too familiar with Missy Giove and her accomplishments but the article I read mentioned some interesting tidbits like the fact that she usually biked with a dead piranha around her neck. I’m thinking someone could make a movie about this woman’s life that could appeal to groups beyond the MTB world…

Rains close trails in Telluride, CO. Apparently it’s not just Florida and east coast mountain bikers that are getting rained out this year – even in dry Colorado the Forest Service was forced to close popular trails due to the rain. A few trails, like the Village Trail, Coonskin Loop, and Ridge Trail have reopened while others, like See Forever Trail and Basin Trail are still closed due to conditions. 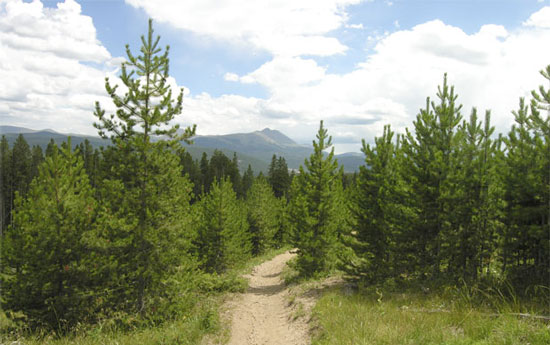 Breckenridge, CO hosts first annual Bike Week. Okay, judging by the dates (July 4 – 12) it’s a little longer than a week but the idea is to highlight the amazing MTB trails in and around the popular ski town. Officials claim there are more than 1,000 miles of interconnected backcountry trails in Summit County and they’ve even marked out five 20-30 mile bike loops you can “self-tour.” There will be lectures, movies, and demos happening all week plus the Breck Epic MTB stage race will be taking place July 5-10. Anyone have a place where I can crash in Breck next month? 🙂

Wow, I have been wanting to check out the singletrack around Breck and this looks like a great excuse.

Speaking of Telluride and Breckenridge… Volunteer Outdoors Colorado has trail projects scheduled in both places in the coming weeks: Telluride, June 27-28th; Breckenridge August 8-9th. Go to http://www.volunteeroutdoors.net/ for the details. Go out, have some fun riding, and help improve trails in the area while you are there.

Missy what are we going to do with her?? Did she do it for the money or she needed another way of getting the “rush” and the “Thrill” since she was no longer racing? Good reason to go a get the good ol Medical Marijuana Card…at least she could have said that it was for personal use LOL. 400 LBS…that takes up a ton of space.

Oh man are the trails nice in Breckenridge,I use to work up there during the weekdays and go riding after work when I first got a mtn bike.There are some fairy tale like trails that weave there way through the forrests and mountains that just makes them feel like heaven.I’ve been meaning to get back up there.

I will be up there on the 5th, i live in denver and just got a bike. I have had four stolen in three years. can’t wait!! I love snowboarding and have wanted to go mtn biking up there but my bike always got stoen before i could make it up there. what time does the race start?