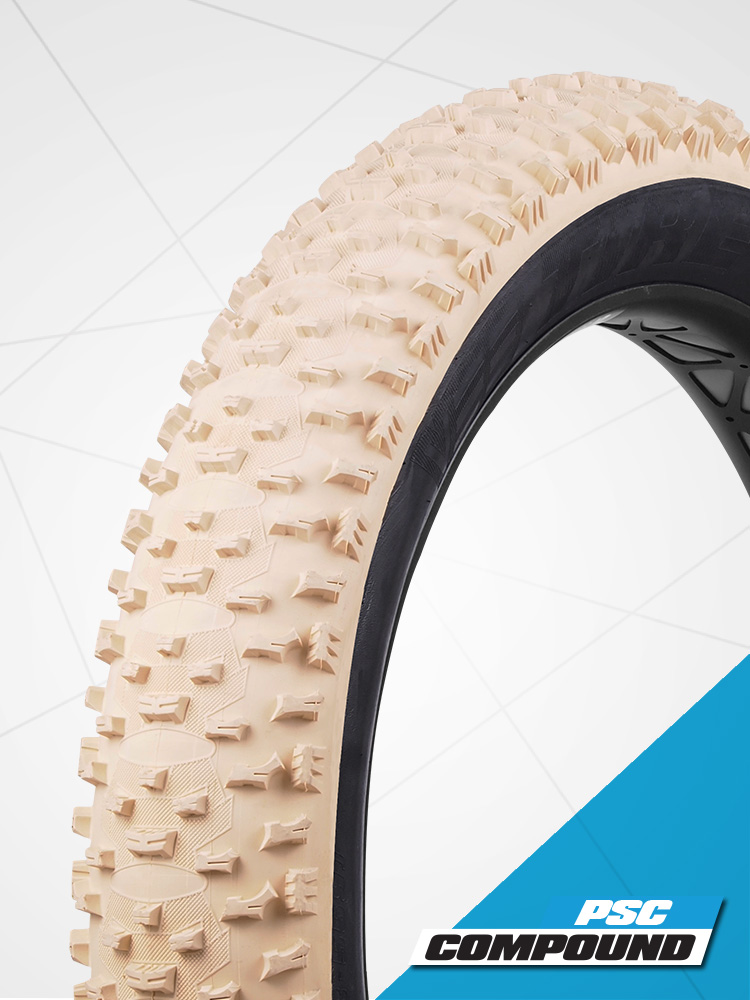 Compared to a “normal” mountain bike tire, fat bike tires are FAT. But even among fat bike tires, there are degrees of fattness, with the widest tires typically topping out at 4.8 inches wide. However, Vee Tire Co. recently decided to push the envelope by creating the world’s widest fat bike tire, the Snow Shoe 2XL, which is a whopping 5.05 inches wide.

When I first read about this tire, I had all kinds of questions so I reached out to the folks at Vee Tire Co. to see what I could learn about this monster.

Which fat bikes does this tire fit?

While I was unable to get a full list of compatible frames, I did learn there is at least one bike that was actually designed to run the Snow Shoe 2XL tires: the FatLab Hoggar. The Hoggar is a titanium bike designed around a 197mm rear hub, and despite being able to clear 5.05-inch wide tires, it offers a 200mm Q-factor, slightly less than the 210mm Q-factor seen on other 5-inch fat bike builds.

Will the Snow Shoe 2XL tires fit other fat bikes? Probably, though we haven’t been able to confirm which ones. If you’ve fit these tires on your fat bike, let us know about it in the comments!

Was there really a need for 5+ inch fat bike tires?

As my 7-year-old daughter likes to say, you don’t NEED a mountain bike to live, you just want one. I suppose that can be debated, but the impetus behind this particular tire was to offer an even wider contact patch and more floatation than existing fat bike tires on the market offer. Check this out: Vee Tire Co. claims this 5.05-inch tire holds nearly 50% more air volume than a similar 4.8-inch fat bike tire! That’s a lot of extra flotation, and it also opens up the possibility for running even lower tire pressures. 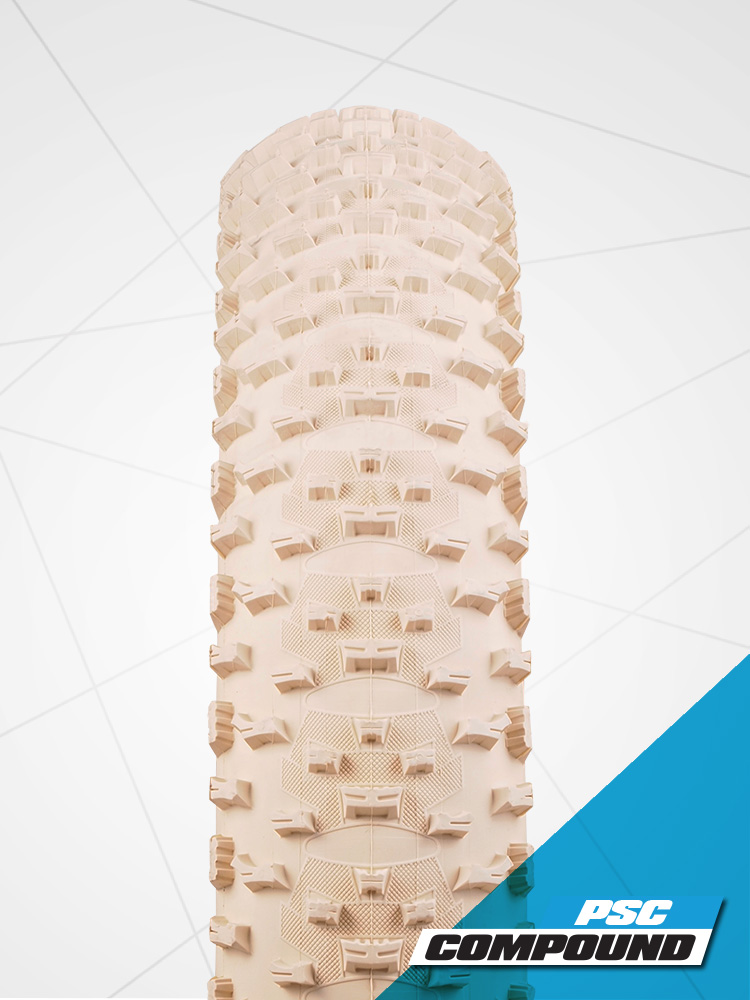 A representative from Vee Tire Co. says, “For the last 1-2 [years] I believed 5.05 is the perfect size and they will become the new standard for fat [bikes].” I asked if the company is considering going even wider and was told they have no current plans to do so.

At 1930g, the Snow Shoe 2XL tires aren’t lightweight by any means; however, they aren’t quite the heaviest we’ve seen either. These tires are currently listed at $170 which is on the expensive end, especially for a non-studded fat bike tire. As a point of comparison, the Snow Shoe XL tires (4.8-inches) start at $115. However, this price disparity could have to do with the niche nature of these tires, making it important to recoup the cost involved in building the molds.

The Snowshoe 2 XL makes sense if most of your riding is in fresh snow or consistently soft conditions. It also makes sense if you don’t like changing out tires a lot. The lack of studs makes it questionable though. I ride studded Dillinger 5’s all winter, covers all conditions.

For soft and wintery ride, Id take the 5″. But for year-round-ride-whatever, my personal preference is 4″.

What that a fat suspension fork on that bike.. never see none of those before…

Good catch, it does look like the tire fits a Bluto!

I ride this as my winter front tire (Fits SE [email protected]/Fuji Wendigo/BD fb5 fork) studded with KoldKutters. I have to amp up the power to keep pace with my buddies but I can also get out when nobody else can get out. I once ran my 2XL on 102mm rims at 0.5psi and got a tread of 5.2″, and sailed passed a guy with Surly Lou’s on Clownshoes on an uphill with 8 inches of powder. I also can do sand like nothing else–dunes are amazing. Traction is slickrock everywhere with the studs, but 80% of the time I am half-wishing to put a 4-incher up front and will do once the snow melts.