In the early days of 29ers one of the big tradeoffs with bigger wheels was increased weight, particularly the added rolling weight in tires and rims. With few component choices available, early adopters were forced into sometimes clunky builds that weighed much more than their 26-inch equivalents. But that was then; today manufacturers are producing some shockingly lightweight 29ers including these three bike we saw at Interbike. 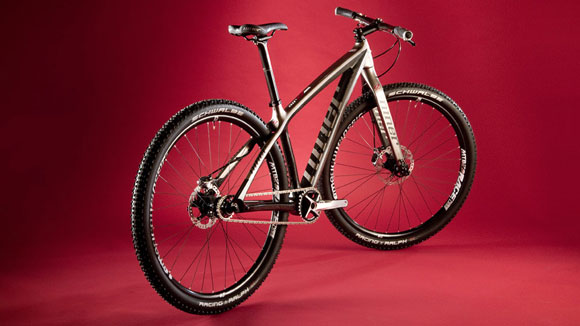 The Air 9 is sorta the granddaddy of the lightweight 29ers and it seems like every gram has been scrutinized over the years to come up with the lightest build possible. That means things like gears and suspension are out–this is a fully rigid singlespeed machine designed to be as lightweight as possible. This year’s Air 9 includes a 15mm thru-axle on the carbon fork and the model we saw at the show weighed somewhere in the neighborhood of 17lbs. Yeah, that’s at least 2 lbs. lighter than my carbon road bike.

Now, for those who think this bike isn’t for them because it’s a rigid singlespeed, consider this: If your bike were lighter, wouldn’t that make the climbs a little easier? Could you afford to drop a gear or two? And when your bike weighs just 17lbs. it’s much easier to loft over rocks and roots, so much so that it’s a bit like floating on Air. I’d really love to demo this bike because none of the 29ers I ride are anywhere close to this in terms of weight. 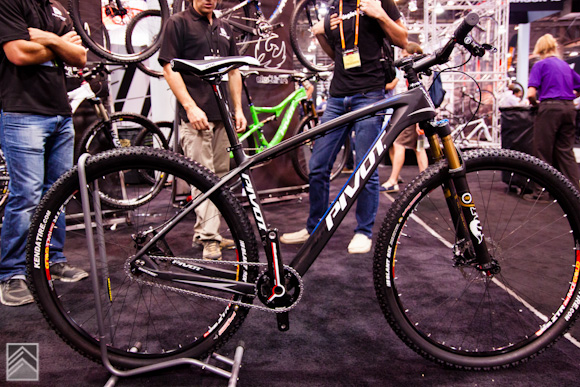 Pivot is dedicated to producing amazing full suspension bikes, so much so that the company name itself is a reference to suspension frames. And that’s what makes Pivot’s new 29er all the more interesting: it’s pivotless. It’s the Pivot Les. 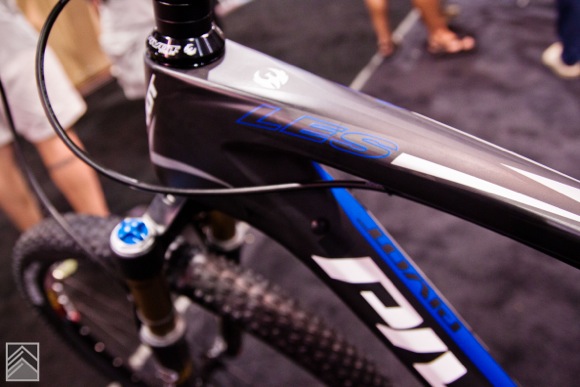 The Les is a carbon hardtail frame weighing 2.5 pounds and we were told the model at Interbike weighed somewhere around 18lbs. Like the Niner Air 9, this build features a singlespeed drivetrain but WITH a suspension fork up front. In my hands this bike felt like a toy, almost as if it were a bike made of plastic–in a good way of course.

The Les frame features 12x142mm dropouts so you can run a thru-axle in back which is a welcome modern touch. Pivot offers several builds including the “XX” version with the all new SRAM XX1 11spd drivetrain. In this case, Les is definitely more. 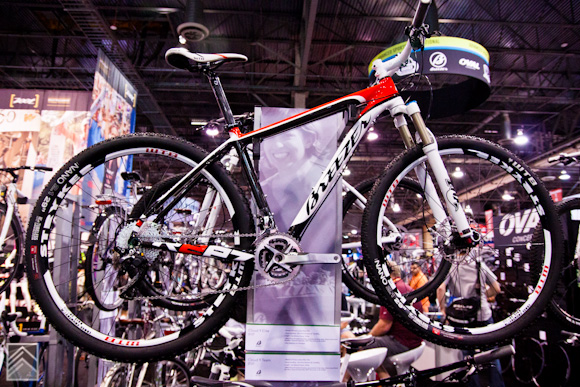 The Breezer Cloud 9 Elite is a pure racing 29er and while its 22.1 lb. stock weight isn’t what I’d call ultralight, you can definitely see the potential here. Unlike the other bikes mentioned, the Cloud 9 Elite sports a full 2×10 drivetrain and a suspension fork. But slap an XX1 drivetrain and carbon fork on this bike and watch the pounds melt away like an episode of Biggest Loser.

That breezer is an ugly bike, way too many logos and whatnot.

My single speed is down to 22.88lbs. No real weight weenie parts on, the bars and fork are carbon, everthing else is metal, including the steel frame.

Well, actually the wheels are a bit weight weenie-ish – 1557g for the set.

I rode a friend’s rigid, geared Air 9 that weighs 18.5 lbs. It was very eye opening. Specifically I assumed that it would be murder on rough downhill, but between the damping effect of the carbon and less mass being deflected off bumps, it was actually quite nice to ride.

I have a Giant xtc 29er aluminum that ive been able to get down to 24 pounds even with a full 3×9 drivetrain and suspension fork, the weights mainly thanks to my stans no tubes wheels coming in at just over 1400g 🙂

I just can’t imagine that riding a rigid carbon would be good for the frame fatigue over time, just scares me that a catastrophic failure could happen down the road sometime.

Ha ha!
I love the name of the Pivot bike.

The lightest bike I’ve ridden is the Trek Top Fuel 9.9, but no clue how much it weighed.

Just LIFTING these bikes was an enlightening experience to realize how incredibly light a mountain bike can be made. I’d love to own a bike this light!! (But then, I wouldn’t have any excuses left….)

I’m pretty sure my friends Air 9 is lighter than my bike with the front wheel completely removed!

That Air 9 is gorgeous — Me likey!

The Cannondale Scalpel I rode weighed about 21 lbs with gears but the Trek 9.9 at 23 lbs was a more precise machine.