Somehow (and I’m not quite sure how), until a week ago I had never done a legitimate test ride on a Santa Cruz before. This year at Outerbike I decided to change that, so I took a spin on Deadman’s Ridge aboard the Santa Cruz Bronson Carbon. 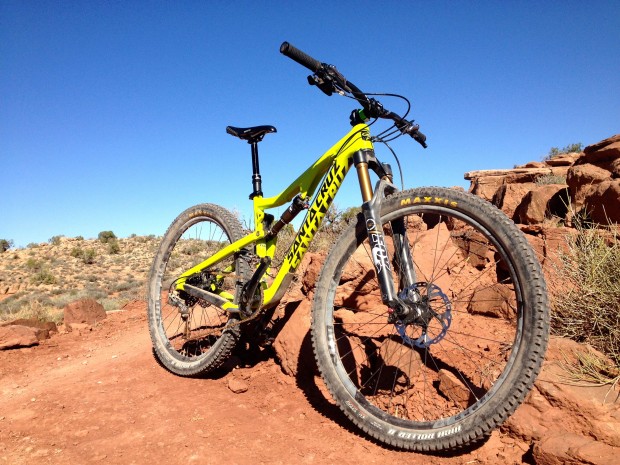 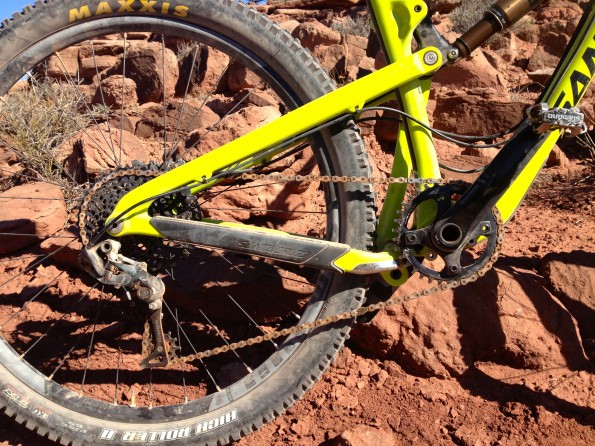 The rig I rode was decked out with all sorts of shiny bits, including a SRAM X01 drivetrain and a Rock Shox Reverb Stealth seatpost.

When it hits the trail, the Bronson has one primary goal in mind: to go fast. With a full-carbon frame and a trick component group, this bike sprints up the hills and slays the descents! 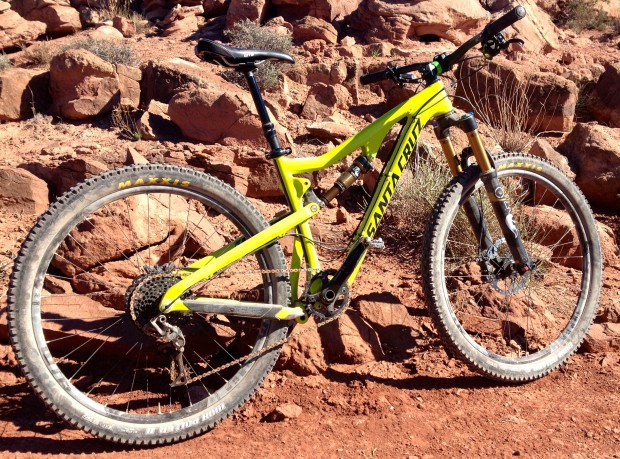 While this bike was more than capable in gnarly terrain, the Bronson’s disposition felt more nimble than brutal. Part of that is the small wheel size, but I found that it was best to finesse the Bronson through the rough stuff, and it would tend to float and skim along the surface of the trail.

I also felt like the bottom bracket was a tad lower on the Bronson than on other comparable bikes. There are two sides to the lower bottom bracket coin:

While I did strike the pedals a couple of times on my test ride, I loved how the Bronson shredded corners! This bike felt like it was on rails, just slashing through loose turns, back-to-back high-speed corners, and generally exuding stability and confidence. The Fox suspension (and perhaps the VPP linkage?) enhanced this feeling, with the bike compressing into its travel in the apex of the corner and then slingshotting out the other side, gaining speed in each turn. The low-and-stable riding style really reminded me of carving turns on downhill skis–as a downhill skiing fanatic, that’s a good thing!

Great write-up! I just nabbed a ’13 Bronson C leftover from the LBS and am simply blown away. You described the riding experience pretty much perfectly; the bike RAILS! For the East coast, I am not sure that I would have gone with the stock High Roller II’s instead of Nobby Nic’s or even Ardents. This is my second Santa Cruz (retired my Blur LT) and the VPP is just killer.

Thanks for a well written review!!!

I just pick up my Bronson ,never rode something so predicable . Like it on rails .