To be perfectly honest, I had no prior intention of testing the Turner Flux. It just so happened that they had a large-sized bike come back in from a test ride as I was walking by. Not wanting to stand in a line at another booth, I decided to give it a try.

Don’t get me wrong, I like Turner’s bikes. In fact, I owned a Turner Sultan for a number of years, and it is still one of the few bikes I regret selling. I also got the press release about the new carbon fiber Flux a while back, but nothing about the bike stood out. It has 27.5″ wheels. No plus compatibility. 120mm of rear wheel travel. The rear triangle uses 142×12 spacing instead of the increasingly-common 148×12 Boost. With the Flux, Turner appears to have resisted the temptation to add all the latest bells and whistles just for the sake of having them. 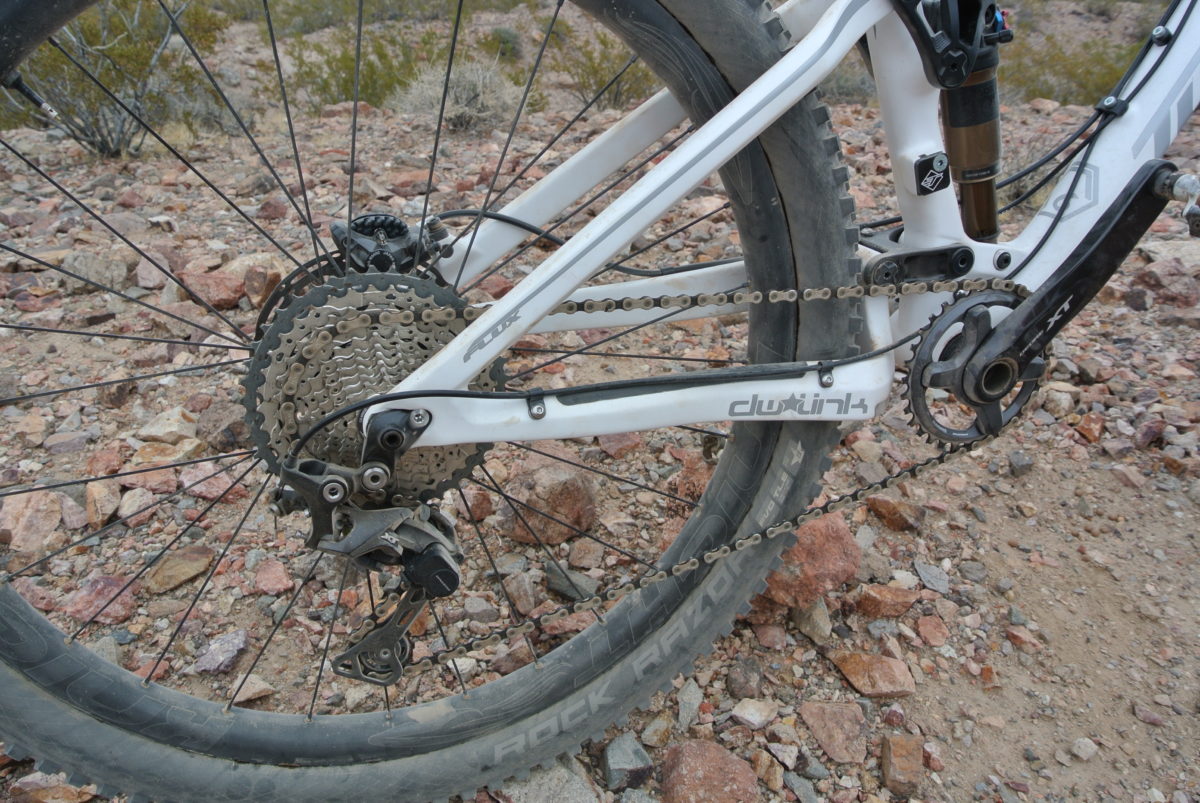 The build kit I rode featured quality parts, but it does not line up exactly with any of Turner’s builds listed on their website. Because of this, it is difficult to say what the retail price of this particular Flux would be. I can tell you that the frame and shock will run around $2,800. Just for shits and giggles, though, here is the parts list: 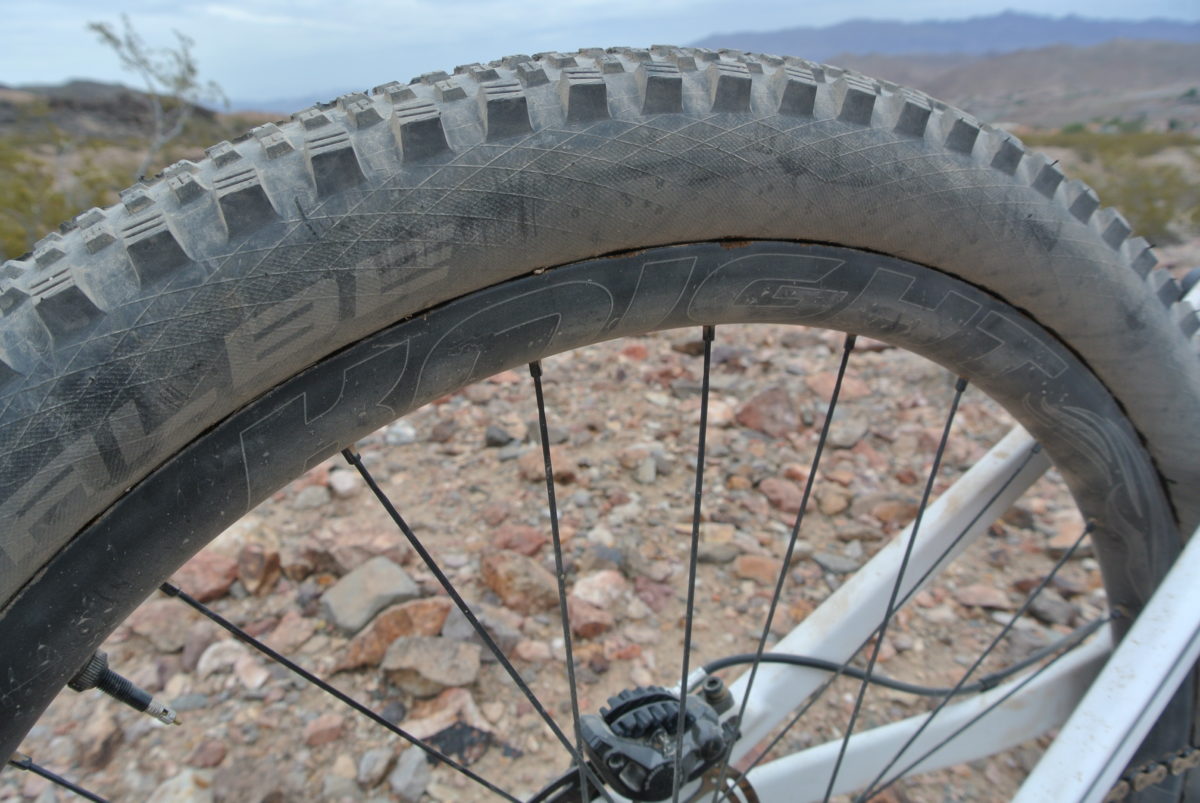 Like I said, all good parts. The only spec changes I would make are a wider bar and a different saddle–the Deity saddle had a more rounded profile than I prefer. Also, I would add a couple tokens to the Pike to make the fork more progressive. There were no tokens installed in the fork I rode, which made it easy to blow through the travel. 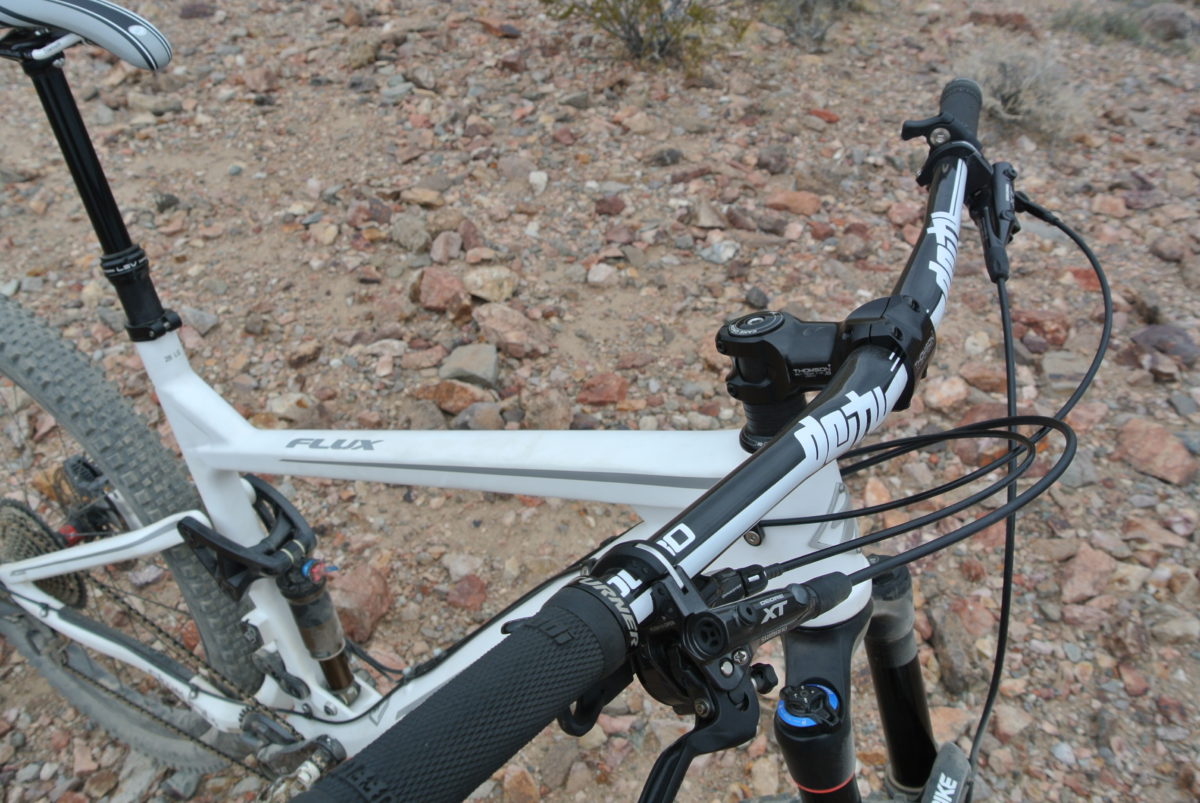 As for the geometry, the headtube is properly slack at 67.5 degrees with a 130mm fork, the reach for a size large is 444mm, and the chainstays come in at 437mm.

I took the bike out on the test track, stopped to take some photos, and finished the loop. I started to head back to the expo area, but for some reason I decided to head out for another lap. Long story short, I am glad I did.

On the second lap, the bike and I started to gel. I quickly got a feel for the snappy handling, and started pushing the rear hard in the corners. In one particularly sharp g-out turn, I pushed the rear hard enough to burp a few PSI out of the rear tire. Luckily, there are support tents out on some of the test loops with pumps where I was able to add some more air. 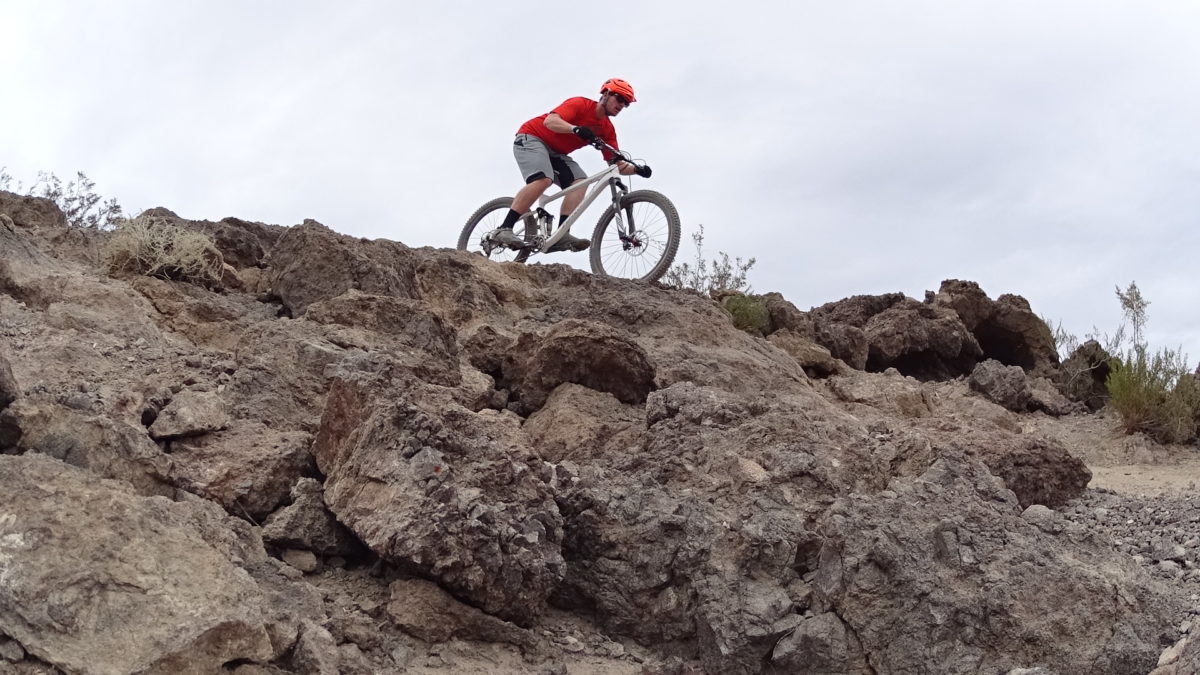 After I finished my second lap, I rode the Flux a little ways up Bootleg Canyon to hit some of the less-populated singletrack. These sections have (slightly) longer climbs and descents, which gave me a chance to see how the bike handled at sustained speeds. The bike felt equally at home carving long, arcing turns as it did snapping back and forth on the tighter trails I rode earlier. 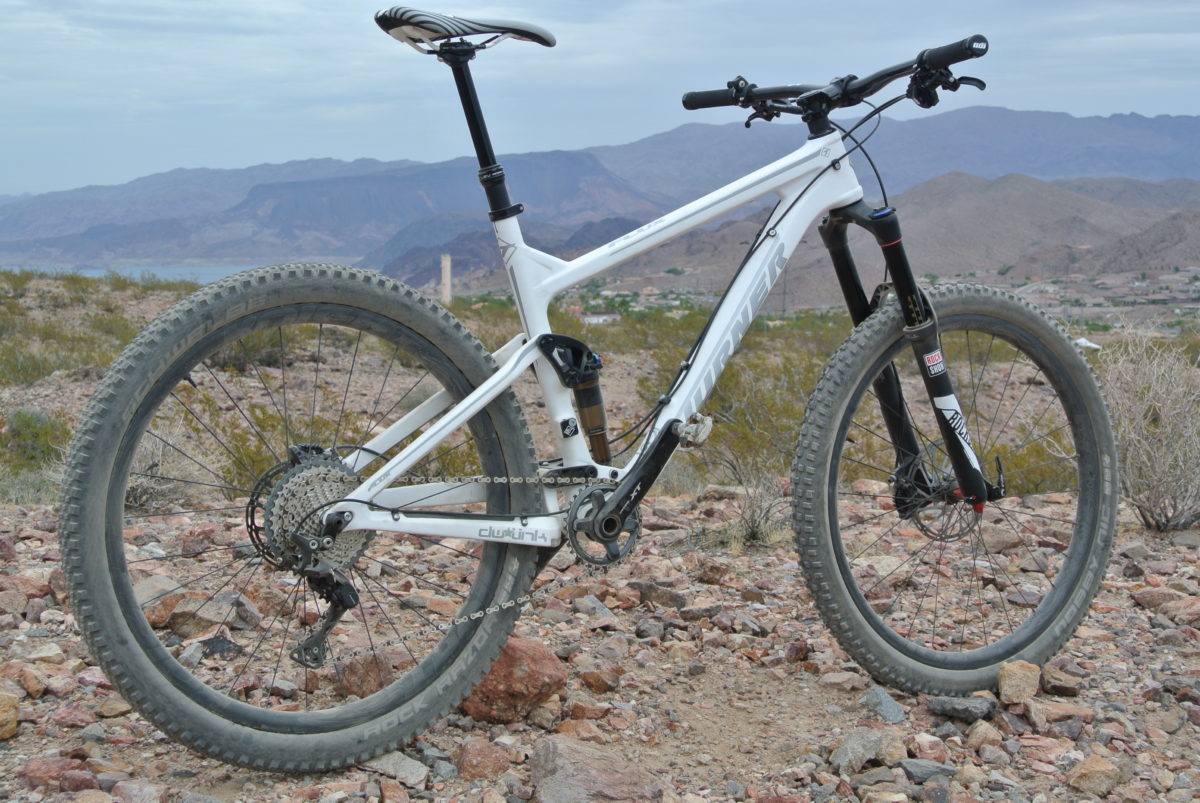 Needless to say, I ended up being impressed with the new Turner Flux. If anything, it was another reminder not to judge a book by its cover. I could see this bike being a sleeper hit with riders who know exactly what they want and need out of a light-duty trail bike.

Thanks for the write up Aaron. My family owns one older Turner, and I have thrown my leg over several others. Every time I walk away I’m impressed too. Maybe it’s the fit, but I’m sure it is the overall geometry and that combined with the great suspensions. My youngest son has an old 2008 Turner SixPack. I’ve told him to never sell that bike. Like you, I know we would regret selling it. Somehow it’s performance was way ahead of its time, and still IMO performs quite well to newer bikes — just stays planted on really steep ups, climbs like a goat, and descends with a stability that never leaves me wanting. The only draw back is it is 33lbs as we have it set up now (beefy), and the old aluminum frame is definitely heavier than the new AL frames. But for the price, you can’t beat it. I’m sure we will keep it a long, long time as a second bike for friends or a back up when one of ours is in the shop. If I was buying an older one again, I would check a size up to see what a little extra reach and stack did for me, but honestly it just doesn’t seem necessary on these Turners.

Aaron, do you have a link for the geometry of the new Flux?

You can find it on the product page here: http://www.turnerbikes.com/bikes/flux-v4-0/ and then click on the Geometry tab.

Bought a ’17 Flux and love it in Tucson’s rocky terrain. 27 lb 1 oz build. The Progressive geometry has me descending faster than ever at age 66.