The Kenda Nevegal has been a mountain bike tire mainstay for many years. However, while the traction the Nevegal offers is unquestionably superb, many have mockingly dubbed it the “Nevergo” due to its high rolling resistance. 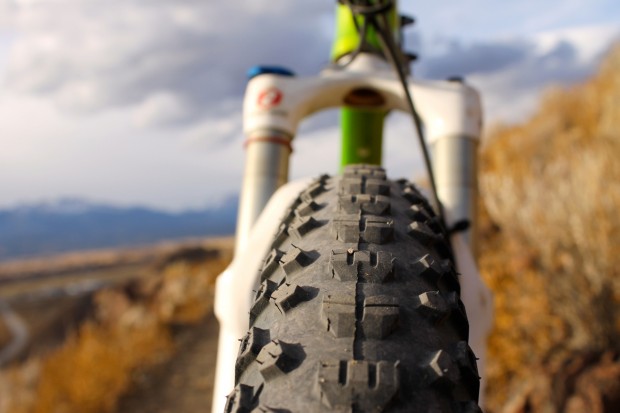 The Nevegal X Pro 29er is a 120 TPI tire that features Dual Tread Compound (DTC) rubber and a folding bead. 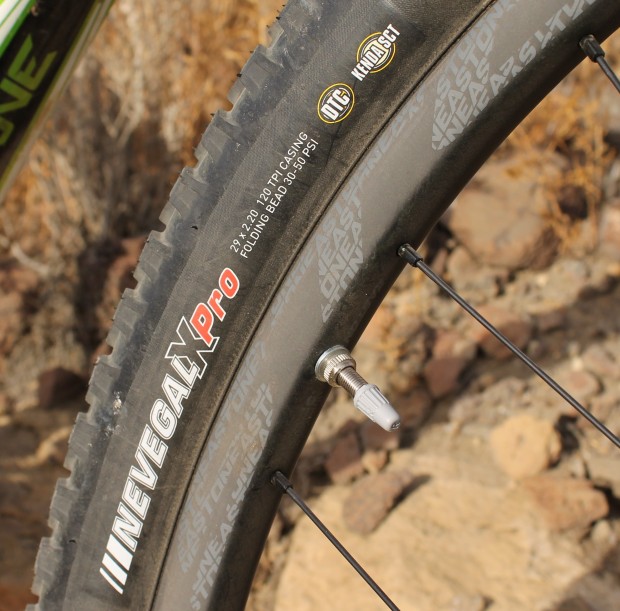 The tire weighs in at a reported 150 grams less than the regular Nevegal 29 tire, meaning about 800 grams. 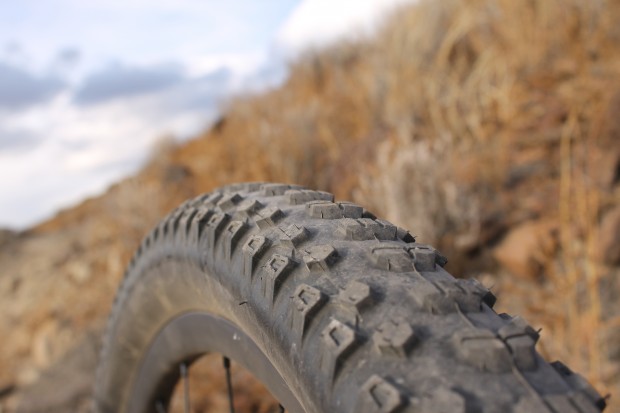 The tire tread is very similar to the normal Nevegal, but it features a much more rounded profile with reduced sidewall knobs. The more streamlined profile is obviously intended to help the tire roll better… but how did it perform in real life? 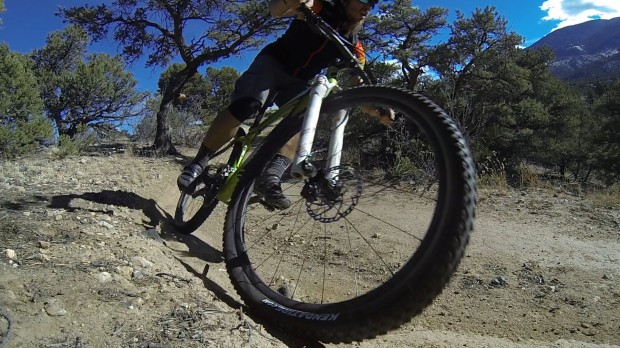 I mounted a pair of the Nevegal X Pro 29 tires up tubeless on my new Easton EC70 wheels, which I put on my Airborne Goblin. Now, the Nevegal X Pro is billed as a trail/all mountain tire, not a cross country tire, but putting more aggressive tires on my hardtail 29er was more than fine with me. I hate sacrificing traction and cornering control just to lose a few grams of rotational weight, so these tires were right at home on my rig.

The first thing I noticed out on the trail is that the Nevegal X Pro does indeed roll much faster than the standard Nevegal ever did! The rounded profile and reduced sidewall knobs really did their job here, allowing this tire to accelerate quickly and maintain momentum well. 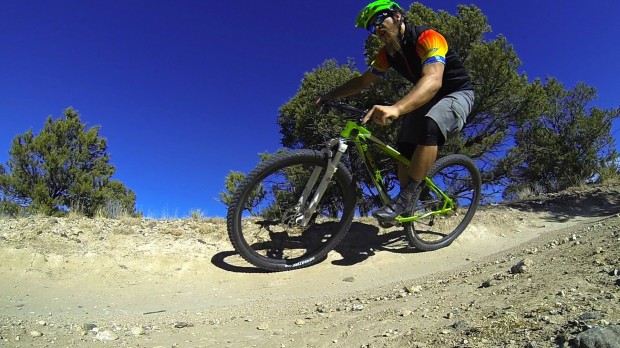 That said, there’s very little sacrificed in the way of traction. The lugs down the middle are still very burly, and the cut-away sidewall knobs still offer plenty of hook up with the dirt.

The only place I noticed a bit of reduced traction was during aggressive cornering. However, I have these tires mounted up on my hardtail 29er… how aggressively am I really going to corner? If I was running these on a longer-travel rig, maybe I’d be more concerned.  I would personally label the new X Pro as a trail tire or a light-duty all mountain tire, so a slender reduction in cornering capability for a drastic increase in speed seems like a compromise well-worth making! 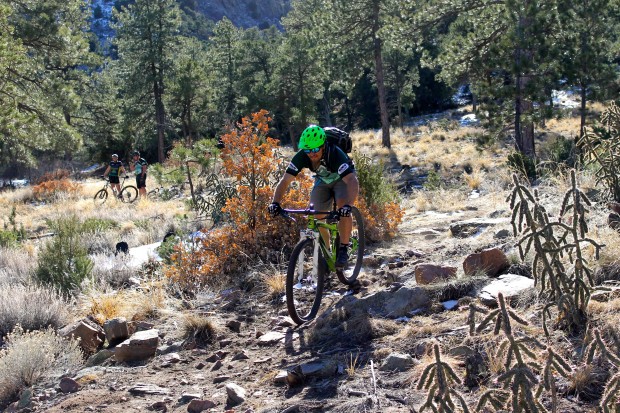 Thanks to our winter weather, I’ve also ridden them in soft snow, packed snow, ice, and mud. They handled reasonably well in snow, and only more girth or bigger sidewall knobs would have improved handling there. Since the knobs are so tall and rather closely spaced, they packed up with mud rather quickly when the conditions turned mushy. However, traction was still respectable, and the tires cleared out well once they hit dry trail again.

The Nevegal X Pro accomplishes the goals that Kenda set out for it, and it does so superbly! This new rendition of the Nevegal is lighter and rolls faster, without sacrificing much at all in the traction department. These tires have proved to be an excellent complement to my riding.

Thanks to Kenda for sending over the Nevegal X Pro tires for review.

I have had some disappointing results with a few different tires over the years, so I pay close attention to reviews and trail experience.

-Do these offer any sidewall protection? For some reason I rip mine a lot here in Colorado.
-Aside from the reported weight, did you have a chance to weigh them personally? I always laugh when I grab a handful of the same tire from my LBS and weigh them…they are wildly different!
-How many miles did you have a chance to put on them, and did they wear fast? My last set of tires only got about 100 miles on them before I had to replace them from wear…fail.

At 800g it seems like they should be a burlier tire. After abandoning Scwalbe Nobby Nics due to premature wear, I have had more success with the burlier Hans Dampf 2.35 comes in at around 850 grams. I’m curious how these stack up against Hans…

The sidewalls are much heavier-duty than sidewalls on other Kenda tires that I have used. Sidewall tears are a pet peeve of mine, and so far these have been great.

I didn’t get a chance to weigh them myself before I installed them. However, I just heard back from Kenda, and apparently this was a prototype version of the tire. They are planning to modify the side knobs in the final version, and will send me a set of the production model to weigh and review.

Also, I agree with you delphinide: I hate tires that wear too quickly. I estimate that I’ve put about 100-150 miles on these tires, and they are showing very little wear, despite being ridden in rocky, dry conditions. I have no issues on that front.

Kenda is losing ground to their competition IMO. I really want to like their tires…but their non-tubeless tires are typically a pain to set up tubeless, and their tubeless ready tires are boat anchors, like this one.