Interestingly, the Fatboy models currently listed on Specialized’s website have changed significantly from the Fatboy Pro I rode in 2015, which had full-fat 4.6″ tires and a RockShox Bluto fork. While you can get 4.6″ tires in the two most affordable Fat Boy builds for 2017, the three more expensive models feature 4″ tires. Interestingly, none of the Fatboy models offer suspension forks, perhaps because Specialized is optimizing for the fat bike race market.

I found the fat bike results from our 2016 survey to offer valuable insights into the fat bike market today. Salsa took the vote for the #1 fat bike in both 2014 and 2015 with the Beargrease and the Bucksaw, respectively. The Fatboy was always in the running (#3 in 2014 and #2 in 2015), but overtook the rest of the field by a large margin for 2016.

Perhaps most interesting is the rapid rise of the Trek Farley, perhaps spurred on by the introduction of the full suspension Farley EX. Trek hasn’t ranked in the top 5 fat tire bikes since we began our surveys in 2014, yet for 2016 it rocketed up to the silver medal position–impressive!

Seeing two of the biggest bike brands in the world occupy the #1 and #2 spots on the list indicates to me that fat biking has officially arrived. While fat bikes will of course never displace standard mountain bikes, they’ve made a solid market for themselves that isn’t going anywhere anytime soon. 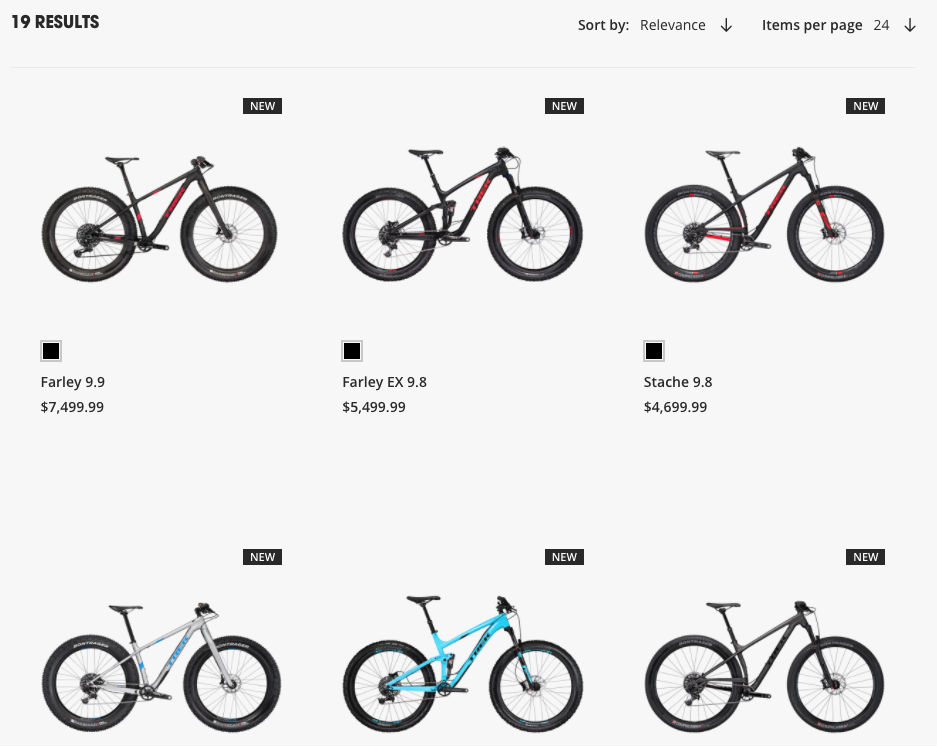 While the trend of major mountain biking brands embracing fat biking is undeniable, differences in naming conventions from one brand to another could have skewed the survey results in favor of both Trek and Specialized. Essentially, for each of these brands, all of their fat bike models fall under the name of “Farley” or “Fatboy,” no matter how different those models are. For instance, under the “Farley” name you can find the full suspension Farley EX, and multiple tire and wheel size options for the rigid Farley. The Fatboy also offers different models with different tire sizes.

In contrast to the major brands, the smaller brands, which offer much more diversity overall in their fat bike lines, have broken different tire sizes and suspension amounts out into different model names. Specifically, Surly and Salsa each had three results on this top 10 list, but if they had used a similar naming convention to Trek and Specialized, all of those models would actually have been one single model.

Due to the lack of standardization in fat bike naming conventions, I took the raw survey data and instead tallied the results by brand. If you group all of the votes by brand, removing erroneous votes for 27.5+ bikes which don’t qualify as fat bikes, here are the adjusted survey rankings:

When ranked by brand, Salsa and Surly again run away with the wins by a significant margin. For comparison, Salsa received almost 2x the number of votes that Trek received. Also note that Borealis takes the #5 spot on the brand list, even though it couldn’t get a single model onto the ranked list of bikes.

After comparing the differences between the individual bike rankings and the brand rankings, it’s clear that while the big two brands may be breaking into the fat bike market in a big way, many niche brands have much deeper fat bike lineups. Even in 2016, the fat bike market is still controlled by the small brands that helped pioneer this remarkable revolution in mountain biking: Surly and Salsa.

I guess not many Alaskans read Singletracks. Surly brought the Pugs to mass market with much consultation from Alaskan John Evingson who was already making his own fat bikes in AK. Mark Gronewald was also making the Wildfire fat bike before the Pugs came to market. FatBack and 9:zero:7 followed shortly after with their complete builds. Up in Anchorage I see more FatBack’s and 9:zero:7’s then any other brand. I ride a 2014 FatBoy, great bike. My next bike will be a FatBack Skookum. What ever fat bike you choose enjoy it and ride the hell out it like all bikes should be.

Just love the price ranges on the “top ten”…………………Try this fat bike. You won’t be disappointed! http://sarmabikes.com/fatbike-frames-framesets/carbon-fatbike-shaman/shaman-xx1-carbon-fatbike/

What are you guys smoking? Advertising points?
The Pivot Les Fat is the TOP Fat bike to beat PERIOD!
I’ve rode and tested a lot of fat bikes including some of these bikes and none are on par with Pivot’s build quality and versatility. Not to mention that with the rigid forks and tubeless tires, you can get the bike under 29 lbs. The price is right as well and can’t be beaten. :))

There are a ton of great fat bikes out there for sure! These are the most popular choices based on reader input, though clearly not everyone has had a chance to try as many bikes as it sounds like you have. If you like light fat bikes, check out the bikes from Eleven. We recently saw one that weighed about 23 pounds, with an aluminum frame no less!

good thing that you winked at the end of your rant.

QBP (owners of Salsa and Surly) had a traveling “fat bike museum” last year and they had one of the early fat bikes built by Ray Molina on display. Apparently he was riding sand dunes in Mexico on his fat bikes!

I was fortunate to meet Ray Molina at the Fat Bike Expo in Anchorage, AK last year. Great guy, really enjoyed talking with him. Ray was one of the guest speakers in the Fat Bike pioneer roundtable discussion that I was privileged to attend. Ray was instrumental in the development of fat bikes, in particular he invented the first fat rim and tire in addition to building the Molina fat bike. John Livingston (Livingston Bikes) and Mark Gronewald (Wildfire) ran into Ray at Interbike. Ray had some of his rims and tires on hand that they checked out and the rest is history. Don’t quote me but I think Rays rims were the Wildcats. Ray told me how he stitched the first tires by hand. He tried hard to make Moilna the first production fat bike, he worked with a factory in Mexico. Super nice dude. He was out on the ITI trail last winter, not racing but visiting with old friends. He rode a Molina bike in the Big Fat Ride here in Anchorage.