With the Bucksaw already in Salsa’s lineup, they weren’t afraid of jumping on the full suspension plus-size tire band wagon, and their mid-summer release of the Pony Rustler marked one of the first wave of full suspension 27.5+ rigs to hit the market. 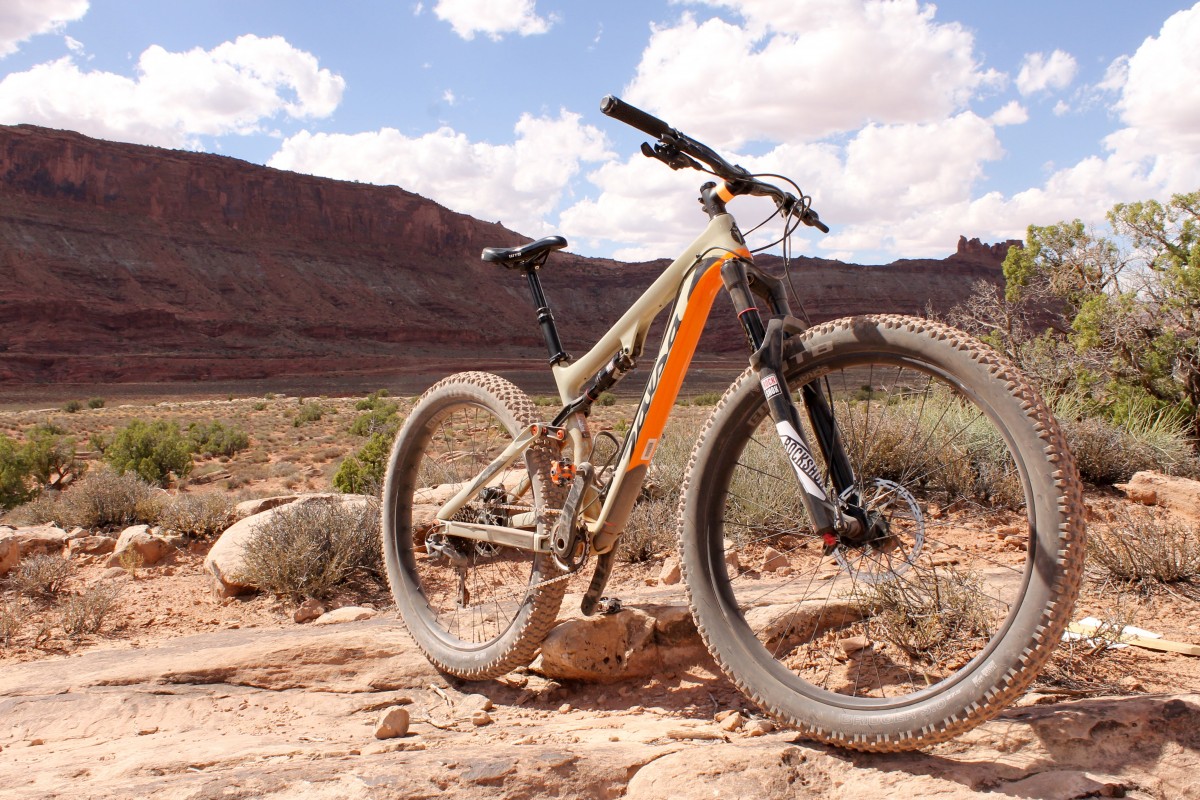 The Pony Rustler features a carbon frame, which in Salsa’s plus and fat tire bikes means a carbon front triangle, carbon seatstays, and aluminum chainstays. With 130mm of front travel and 120mm of rear, the Pony Rustler falls squarely in the trail bike category, not straying too far toward either end of the spectrum. The 68-degree headtube angle is also correspondingly neutral, meaning that this rig is likely to appeal to a wide variety of riders. 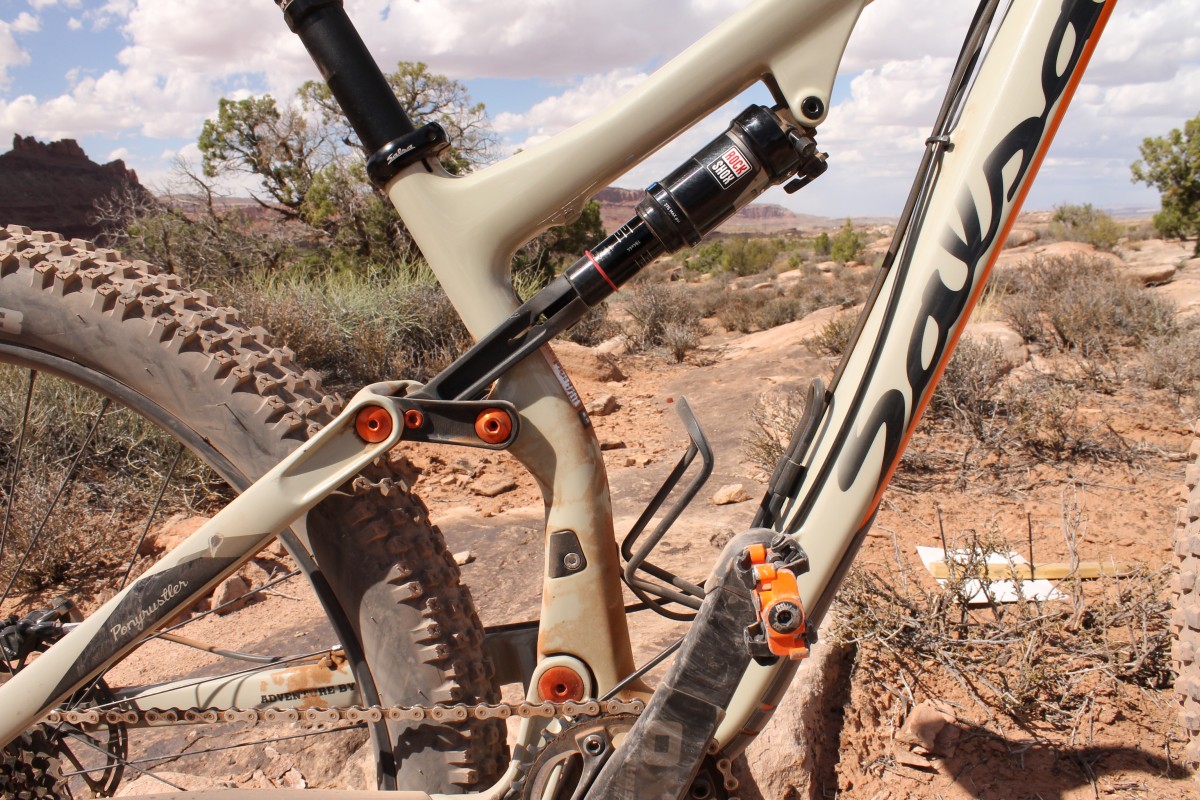 When setup tubeless, Salsa says that the Pony Rustler can get down to 28.5lbs.

From my initial pedal strokes aboard the Pony Rustler, the first thought that came to my mind was “natural.” Situated pretty smack-dab in the middle of the mountain biking bell curve, there’s no one particular thing that the Pony Rustler is designed to do supremely well. It’s just designed to shred singletrack–and fast! 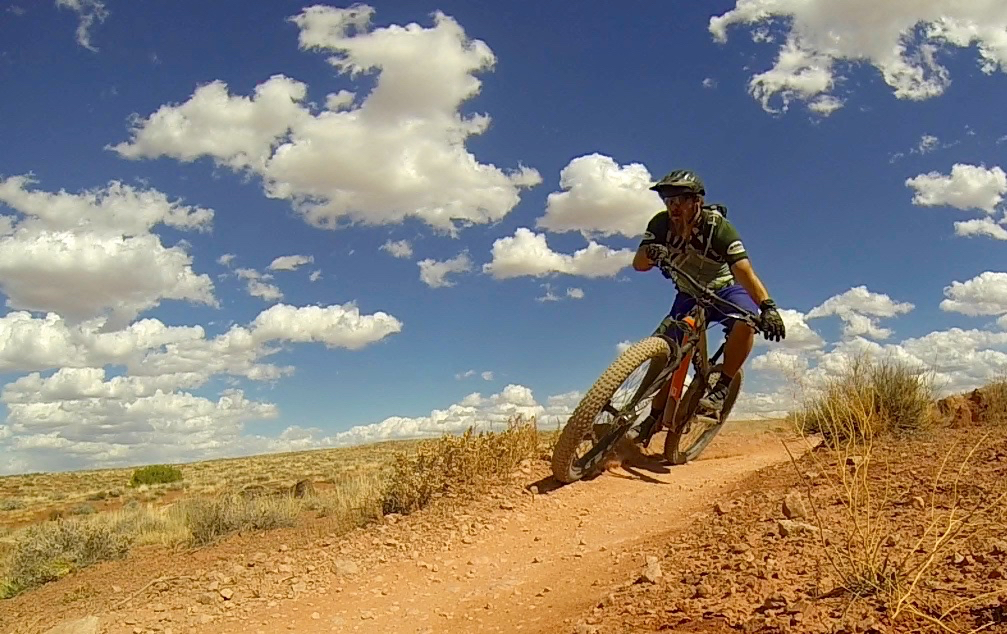 Pedaling, handling, and pinning it through chunky obstacles just felt so natural aboard the Pony Rustler. I experienced absolutely no adjustment period–I felt like I’d been riding this bike for years. The Pony Rustler feels exactly like a great-pedaling trail bike should feel, except with the additional benefits that the plus-size tires provide: extra traction, added confidence, and generally-expanded trail-gobbling prowess.

I particularly enjoyed railing the Pony Rustler in the corners. Thanks in large part to the endless traction afforded by the plus-size wheels and tires, I could lean the bike over like nobody’s business, despite generally loose, unpredictable conditions. Specifically, I think the WTB Bridger tires were a big help. To date, the Bridgers are one of the most aggressive 27.5+ tires that I’ve seen.

Also contributing to the natural feel was the perfect 0/10 calf-bang rating. I had no issues with my calves impacting the seatstays of this mountain bike. 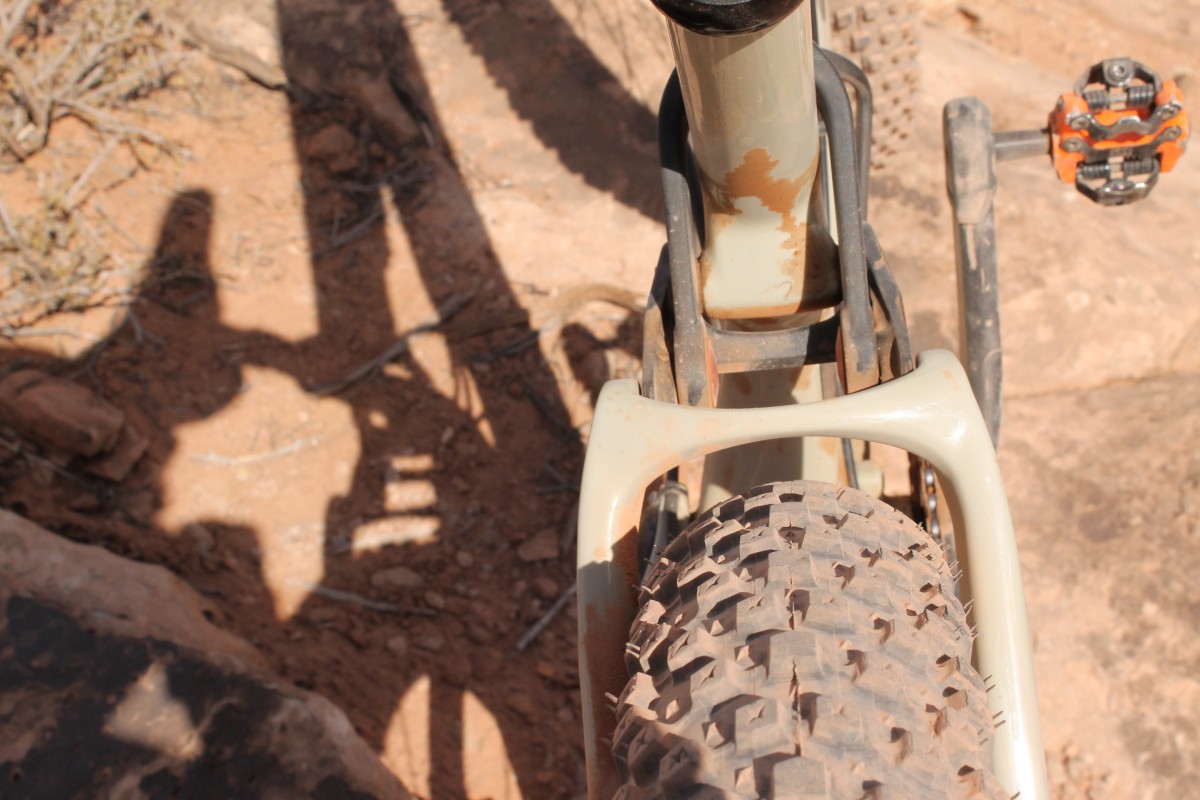 At the end of the day, what more could I ask for? Excellent handling, great pedaling efficiency, a smart parts spec, and a natural geometry all combine to provide one great-riding trail bike.

Gear
The Continental Kryptotal Re is More Than a Trail Tire...
Trails
The 12 Best Mountain Bike Destinations in the USA [2022]
Gear
Are E-bikes Just Mountain Bikes With Motors? We Asked a...
Trails
Tennessee's Smoky Mountains are Full of Good Trails and Good...
Subscribe
Login
Please login to comment
2 Comments
Most Voted
Newest Oldest
Inline Feedbacks
View all comments

After an hour test ride on a challenging local trail I am convinced this is the ideal backcountry adventure bike. The big tires, balanced geometry, and nice parts spec make this a great all around trail bike for long rides in challenging conditions. The climbing, cornering, and decending were all fun and confident, thanks in no small part to the traction provided by the 3″ tires. You can find swifter climbers, burlyer decenders, and more float, but if you want a bike that is confidence inspiring bike that does it all, I think this would be a great choice.

Another great bike from Salsa with a lot of style. Great review!