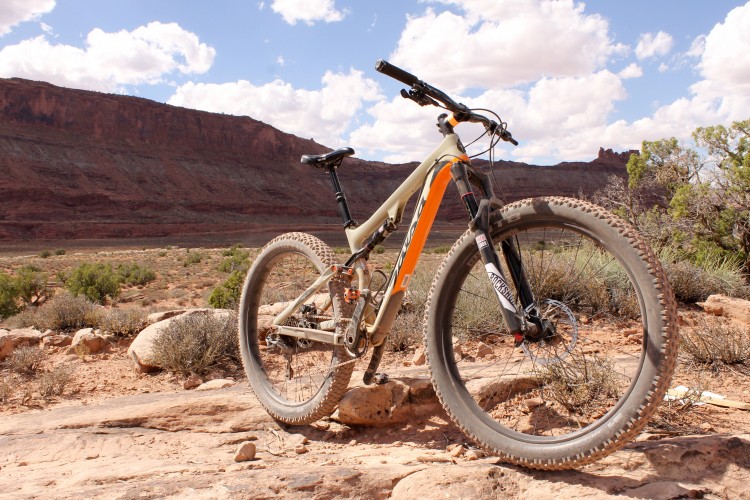 With the Bucksaw already in Salsa's lineup, they weren't afraid of jumping on the full suspension plus-size tire band wagon, and their mid-summer release of the Pony Rustler marked one of the... Cons: not as nimble as I hoped

Recommendation: So I will admit that I was expecting a lot and that may be why I did not like this bike as much as I had expected. It felt slower and less nimble as a 27.5 and it also did not give that floating feeling that fat tires give, at least not nearly as much. When it comes down to it this is an awesome bike, amazing components, its light, its fun. I am just not super impressed with the 27.5 which has nothing to do with the bike itself.