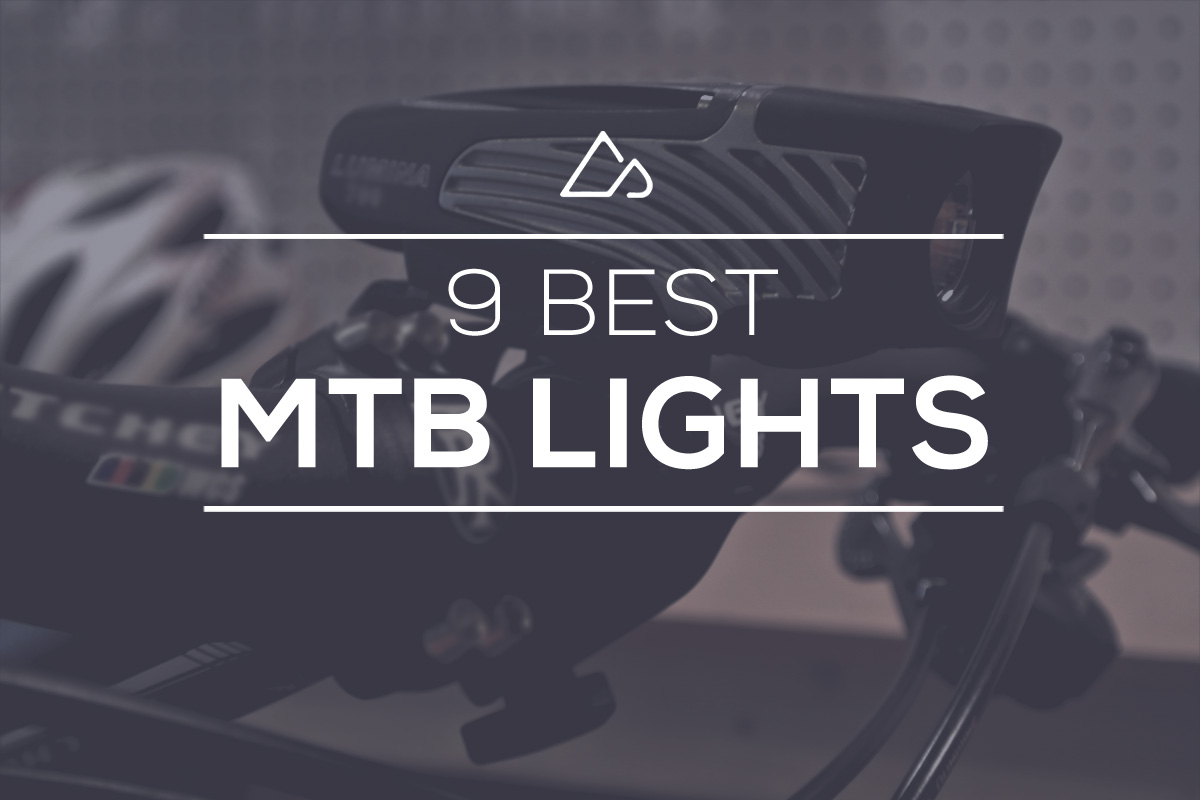 I hate to break this to our USA readers, but Daylight Savings Time is coming to an end. Fortunately, several companies are aware of this and they have spent literally decades perfecting the design of lights that make riding mountain bikes at night not only possible, but nearly as enjoyable as riding during the day. Ok, so I’m being a little facetious here, but in our annual survey asking mountain bikers about their favorite bike lights, one of the responses was literally “lights on MTB??? come on guys.” Come on, indeed: Get yourself a light and let’s ride after dark!

Looking over the survey results, I was personally struck by the large number of brands offering mountain bike lights. It turns out the number is a bit deceiving, as many companies are simply rebranding an existing light. For example, MagicShine, Bright Eyes, and Stupid Bright all offer a single LED, 900 lumen light based on the same design. Solar Storm, Rio Rand, and SIGA each offer dual LED lights that are identical.

Because so many light brands recycling the same low-cost design keep popping up and quickly disappearing, many of our readers simply responded their lights were no name, Amazon or eBay specials from China. In fact, if we combine all the survey responses that refer to these types of lights, it would come in third place!

Many readers also report building their own lights or finding ways to use standard flashlights and headlamps for night riding. Combining these responses rockets the DiY solution to #6 on our survey list.

And yet, there’s an even cheaper solution to riding at night. At least three readers claim they use moonlight to ride at night, though it’s unclear whether this was meant in jest. Full moon rides are a thing, but clearly they’re not for everyone.

Within the top 9 lights on our list, there are two main styles of lights: all-in-one packages that typically produce 1,100 lumens or less, and light systems consisting of a separate lamp and battery pack. For all-in-one systems, we found the average price to be around $86 with an average weight of 174g and a 1:17 run time. For top-rated lights pumping out more than 1,100 lumens, the average price is $254 with 2:00 of run time and an average weight of 420g.

Some mountain bikers seem to think more lumens are automatically more better, but keep in mind that the average lumen output among the top 9 is just 1,167 lumens. Sure, there are lights out there that blast 3,000 lumens or more onto the trail, but none of them made our readers’ list. 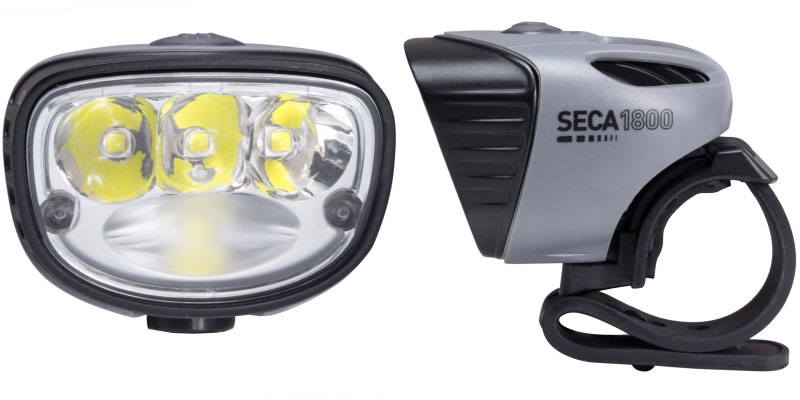 At $360 USD, the Light & Motion Seca 1800 Race (discontinued as of 2018) is the least expensive light in the company’s Seca series, a two-piece lighting system designed for riding fast in the dark. At just 355g, it’s the lightest two-piece system on our list, offering 1.5 hours of illumination on the highest 1800-lumen setting. Light & Motion includes not only helmet and bar mounts in the box, but also a unique GoPro mount for maximum flexibility. 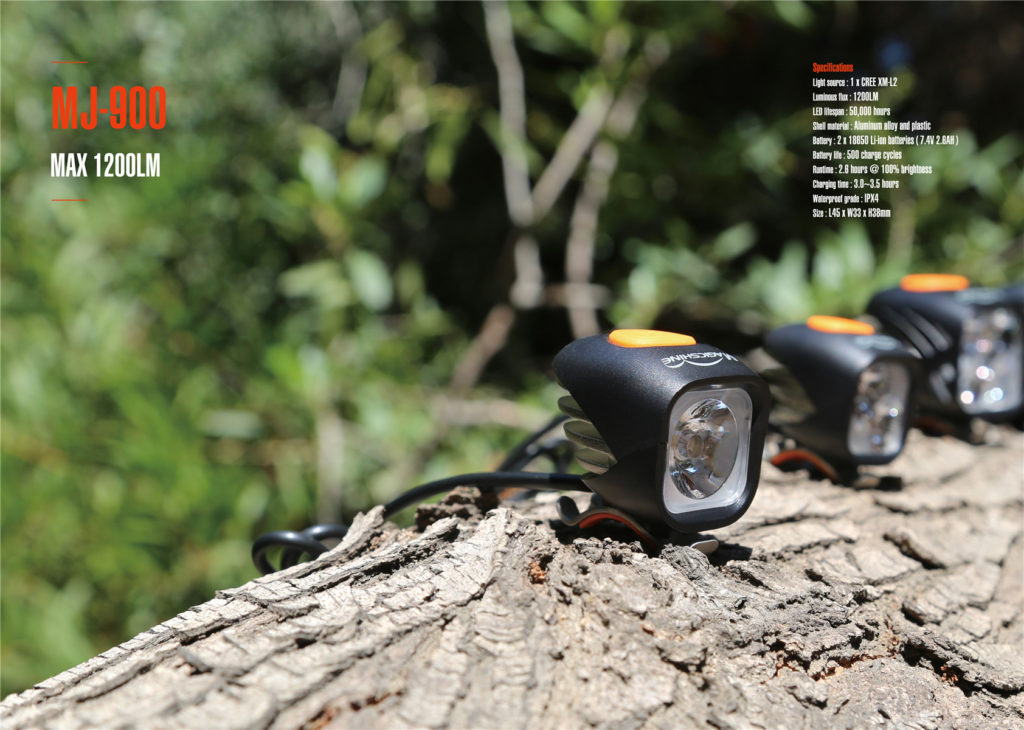 The Magicshine MJ-900 has been updated since the original, not-so-original version hit the scene a few years ago. The newer MJ-900 with a unique design claims to produce up to 1200 lumens with a single-LED design. The lamp itself is compact and mounts to a set of handlebars using a simple silicon band (helmet mount not included). Despite its small size, the Magicshine claims up to 2.6 hours of battery life on high. Suggested retail price: $66 USD.

The Cygolite Expilion 850 is the first all-in-one light to make an appearance on our list, and at 850 lumens, it’s also one of the most powerful. The compact design does limit battery life to 1:15 on high, but with eight different light modes to choose from it’s possible to find just the right brightness-to-life ratio. Not only that, Cygolite sells separate, swappable battery sticks to keep the party going all night. At 140g, the Expilion 850 is the lightest light on our list, is USB-rechargeable, and sells for around $89.95 USD. 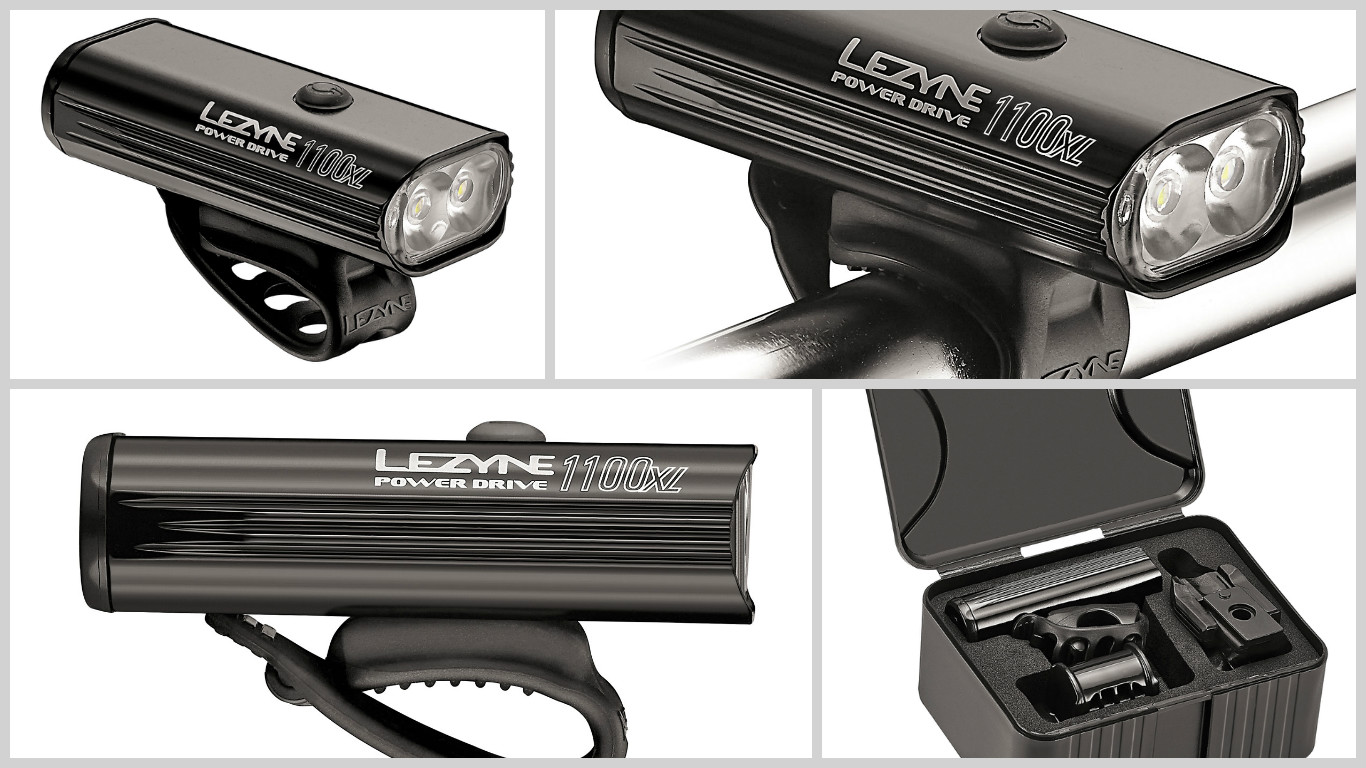 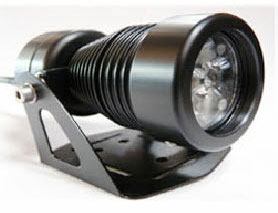 The Night Lightning QuadBlaast (discontinued as of 2018) packs four LEDs into a two-piece system for up to 1600 lumens of output on the trail. The company is quick to note that the 1600 lumen output is theoretical and that things like heat and optics can reduce that number a bit. The QuadBlaast has an interesting design that allows the control module (basically, the switch) to be separated from the lamp to reduce weight when mounted to a helmet. This light claims 2 hours of run time and sells for about $340 USD. 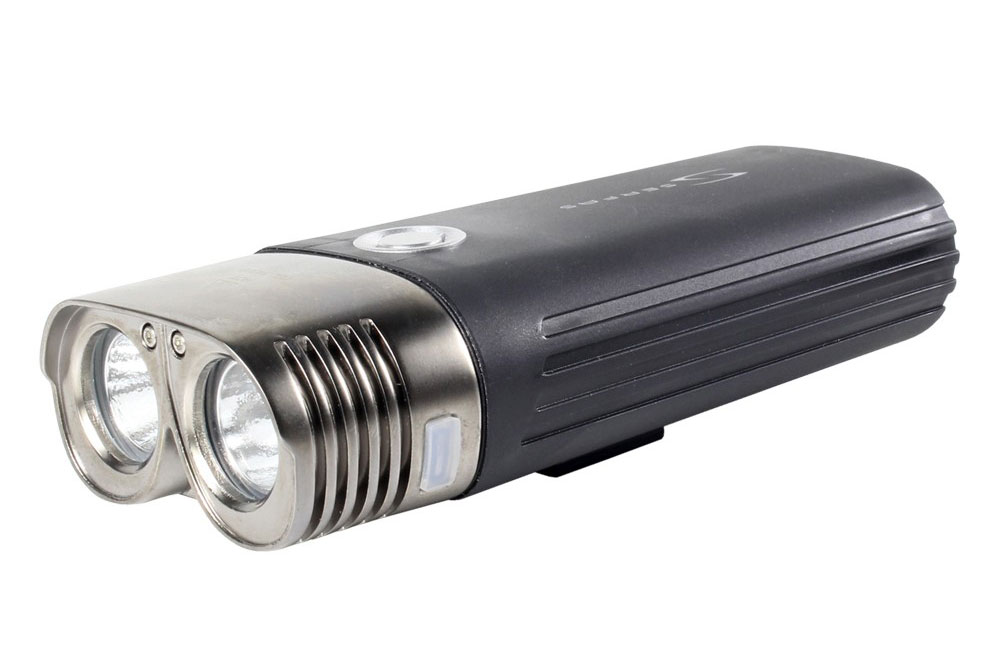 The Serfas USL-1100 (discontinued as of 2018) is another all-in-one, USB-rechargeable, 1100 lumen output light that many Singletracks readers recommend. The company makes big claims, saying the USL-1100 “was developed to be the best on the market at the very best value. These headlights will meet and exceed their expected lumen output.” With 1.5 hours of run time on high and a 230g weight, this certainly isn’t the lightest all-in-one design on the list, but it is affordable at a suggested retail price of $110 USD. 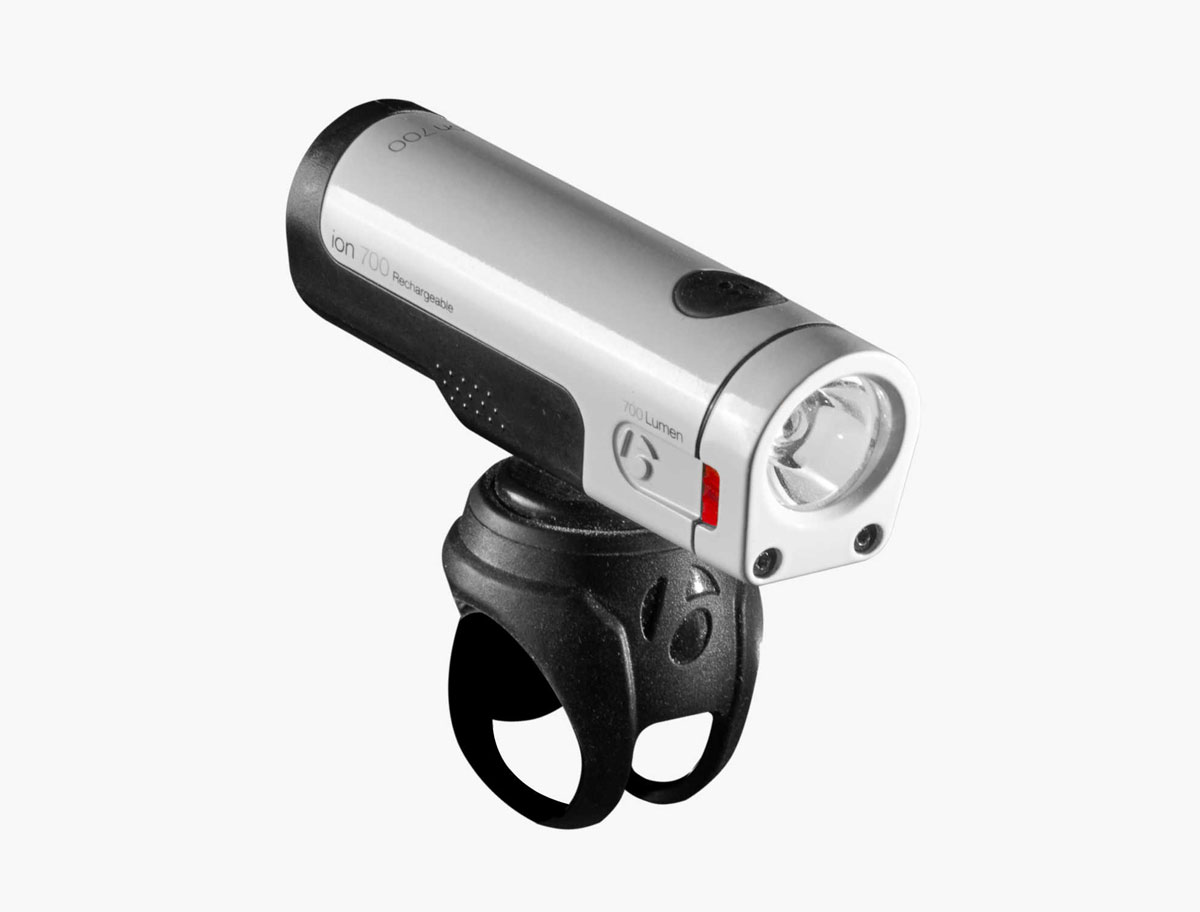 Wait, Bontrager, as in Trek, makes a decent mountain bike light? Well, according to Singletracks readers, they do! The Bontrager Ion 700 R (discontinued as of 2018) boasts an impressive 1:45 runtime on high while fitting everything into a compact, lightweight package. Out of the box this is a bar-mount light only, and while this light is geared more toward commuters and road riders, casual night riders are finding that 700 lumens is enough to stay upright in the dark. Suggested retail price: $89.99 USD. 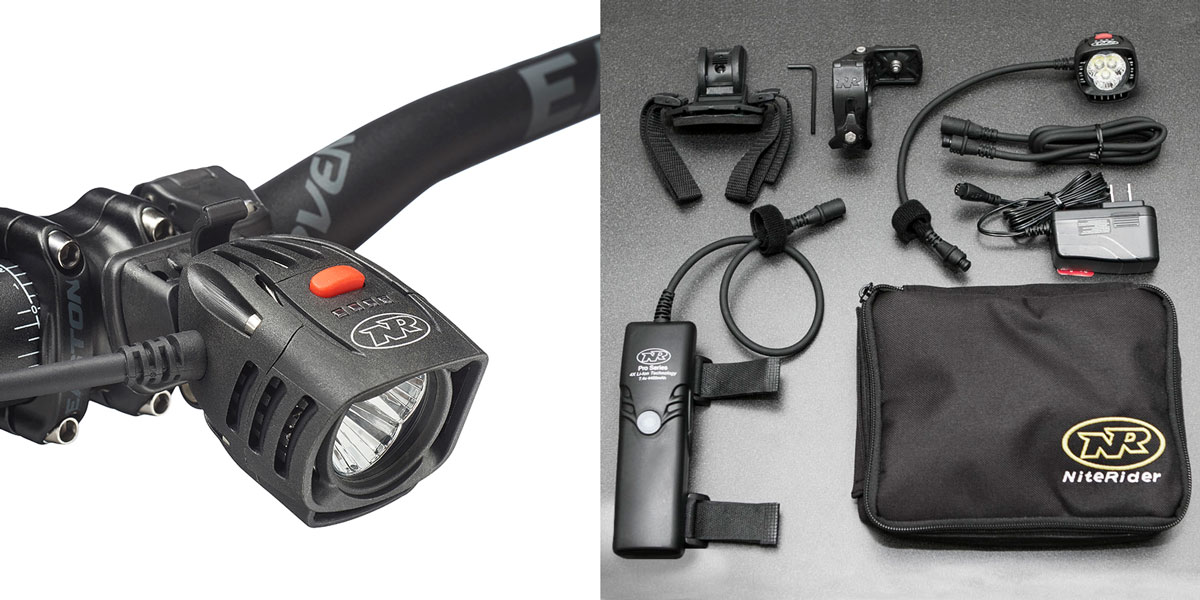 The NiteRider Pro 1400 (discontinued as of 2018) has been around in various forms over the years, and that longevity pays off with a #2 ranking in our survey. This two-piece light system packs 1400 lumens and lasts 2:00 on high. With an 8-step battery life indicator and 7 light modes, riders can be confident their ride won’t get cut short due to darkness. NiteRider includes both bar and helmet mounts in the box for $249.99 USD. The 484g weight includes the light, battery, and handlebar mount. 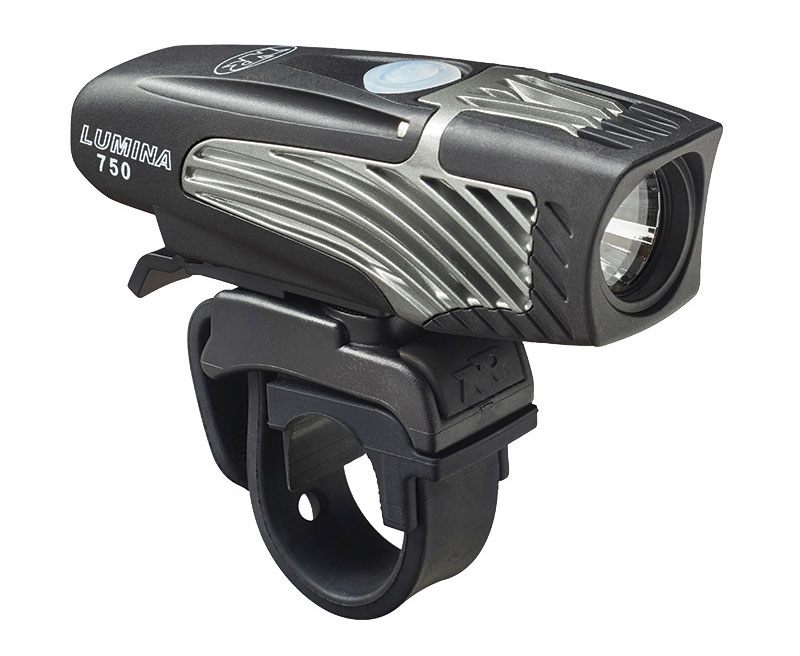 NiteRider seems to have hit the ball out of the park with the Lumina 750 (discontinued as of 2018) , generating the largest number of survey votes by far. This all-in-one, USB rechargeable light pumps out 750 lumens for up to 1:30 on high. The entire package weighs just 172g and has a suggested retail price of $99.99 USD. This year, NiteRider introduced another version of the Lumina 750 called the Lumina 750 Boost. The Boost version offers reduced battery life (just 0:40 on high) but drops the price to only $79.99.

Trails
Crushed by Crosier: Searching for Singletrack in Estes Park, Colorado
Videos
Enduro Racing from a Photographer's Eyes [video]
Gear
What is 'Too Heavy' for a Mountain Bike?
Gear
4 Mountain Bike Saddles, Reviewed for 2020 [Review]