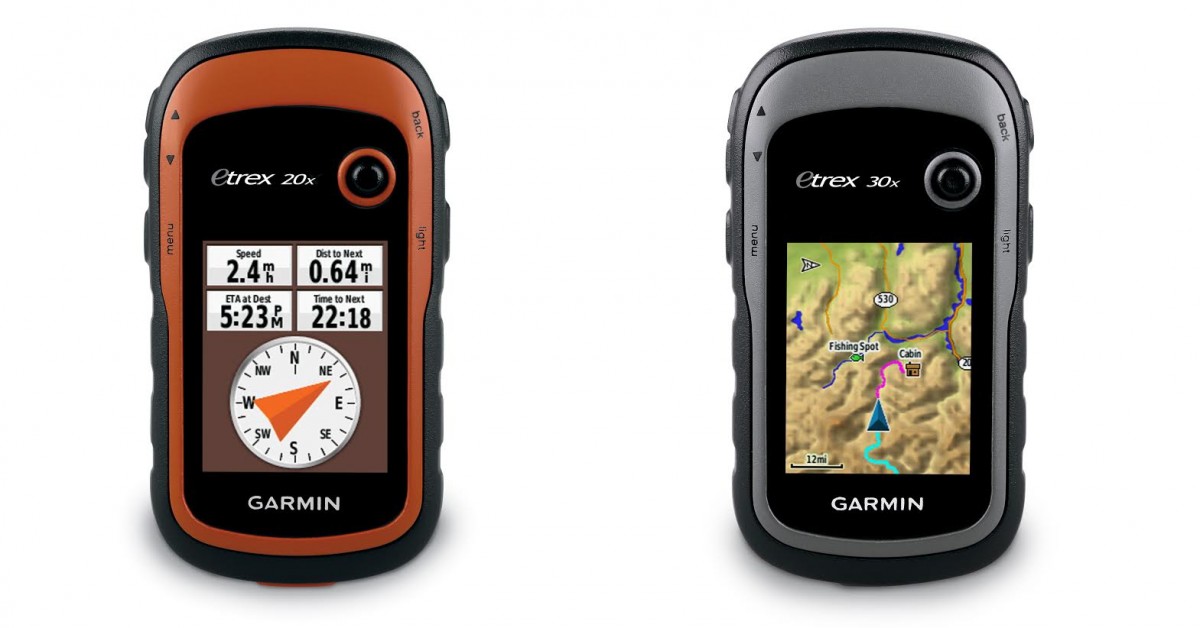 The Garmin eTrex is pretty much the grandaddy of every portable recreational GPS device on the trail and today Garmin announces two updated models, the 30x and 20x. Each supports both GPS and GLONASS satellites for improved accuracy and coverage plus color screens and 3.7Gb of internal memory (double the memory of previous eTrex 20 and 30 models.) The new units will work with existing eTrex handlebar mounts for biking and sport durable, water resistant cases. Both claim 25-hour battery life on a single set of AAs!

The eTrex 20x and 30x have the same basic features listed above but the 30x adds wireless capabilities which allow you to share GPS data and sync with external devices like heart rate monitors. The eTrex 30x also features a barometric altimeter and a 3-axis compass for improved orientation when standing still.

Both of the new eTrex devices support GPX data natively so you can load up tracks from Singletracks before heading out on your next adventure! In fact, the first GPS I used for mountain biking back in 2001 was an eTrex, though clearly a lot has changed since then. 🙂

Progression
How to Ride Flat Corners on Your Mountain Bike
Gear
Would You Rather Ride with No Suspension, or No Dropper...
Progression
Sizing Up or Down Based on Riding Style Can Work,...
Trails
Cuyuna and Pisgah Add New Trails, While Utah Gets a...
Subscribe
Login
Please login to comment
0 Comments
Inline Feedbacks
View all comments
Tags: Gear | etrex, garmin
First published May 13, 2015 @ 12:49:43