Adding back protection to a hydration pack for mountain biking is nothing new; Leatt and others have been doing this for years. Evoc is known for crafting high quality protective sports packs, so naturally they have their own take on the concept.

The company’s latest hydration pack line, called “Neo,” is stacked with compartments for organizing gear. Not only that, Neo packs feature what the company calls an Airshield protector.

As you can see from the top photo, Airshield offers a ton of ventilation in addition to acting as a shock absorber in the event of a crash. The material itself feels like rubber or silicon, which means it should also prevent the pack from sliding around on the rider’s back. The one drawback is the material is heavy, though Evoc has minimized the weight as much as possible by keeping the overall shape fairly open.

To show how serious Evoc takes the protection side of the Neo packs, they offers a free crash replacement program on the packs. Look for availability beginning in spring 2019. 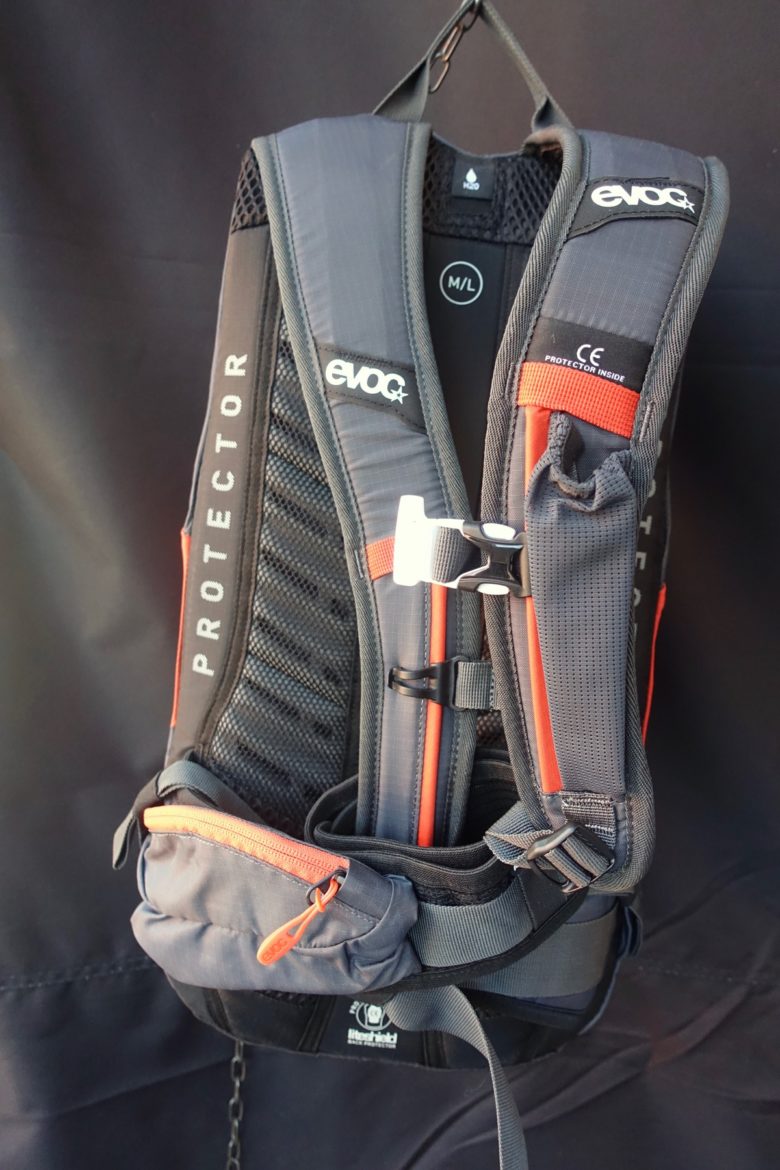 Other Evoc packs feature what the company calls their Liteshield back protector, which is lighter weight but doesn’t offer quite as much protection.