To be honest, I’ve been aiming to get away from riding with a pack for some time now. I find that it causes extra strain on my back, not to mention the annoyance of feeling something shifting around as I’m navigating chunky sections of trail. But alas, I am short. And being short means I have a small bike frame. And a small bike frame means less frame storage space. So, I ride with a pack.

Lately, I’ve been riding with the new Camelbak Solstice 10LR. This pack features a low-rider design, which moves the bulk of the weight–especially that of your water–closer to your waist for more stability. It’s also less straining and healthier for your back.

The Solstice is the women’s-specific version of the Skyline 10LR, both of which will replace the Charge, Spark (basically the women’s version of the Charge), and Volt models for 2016. These two new packs combine and consolidate features of these previous models of lumbar-based packs to better suit most users.

This 10-liter pack comes with a 3-liter bladder, which is double what I was used to having, and is usually enough water for me for a day out on the trails. It also has an abundance of well-thought-out storage space, including a separate tool roll, which comes in super handy for carrying all those small, easy-to-lose bits.

The inside of the main compartment features a couple other smaller pockets to help keep things organized. A small mesh pouch also includes a clip for keys, which I really like. There have been many instances of me digging around in my pack at the end of a ride wondering, “did I remember to bring the keys?” The pack also features a fleece-lined media pocket to keep your electronics nice and cozy and help prevent scratches. Amidst all these smaller storage areas, there’s also plenty of room to stuff extra clothes, tubes, food, and other larger items.

The outside of the pack is also thoughtfully-designed, with a stretchy mesh outer pocket for overflow storage, buckled compression straps, helmet hooks, and even a special spot to clip a blinky. The outer material seems pretty durable as well. I haven’t had any issues so far, and I tend to put my gear through a beating. I think this pack will hold up for a while.

I also rode with it in the rain a few times, and found that the nylon exterior is reasonably waterproof. For an all-day excursion in the pouring rain, I would put electronics or other water-sensitive items in another drybag of sorts, but in light or intermittent rain, the insides of this pack stay dry.

The only real difference between the women’s Solstice and unisex Skyline is the shoulder straps. The Solstice features curvier, S-shaped straps that better fit the female body, and the inside of the straps are lined with fleece to make them more comfy while wearing a sleeveless tank top.

The Solstice also affixes to the rider via a hip belt and chest strap. The hip belt doubles as extra storage, as it has a zippered pocket on one side and an elastic one on the other for easy access. I got into the habit of keeping my small camera in one of these pockets for quick photo ops, and a multi-tool and snack in the other for easy access. The straps and hip belt are padded, yet breathable, as is the back panel.

The 3-liter Antidote lumbar hydration reservoir is a unique shape to fit the low-rider pack design–short and fat rather than long and skinny. The back panel unzips for direct access to the bladder for easy filling. The hydration hose unclips from even a full bladder without spilling water, so after a ride when it’s time to dry it out, there’s no need to mess with potentially-aggravating task of un-threading the hose from the pack. 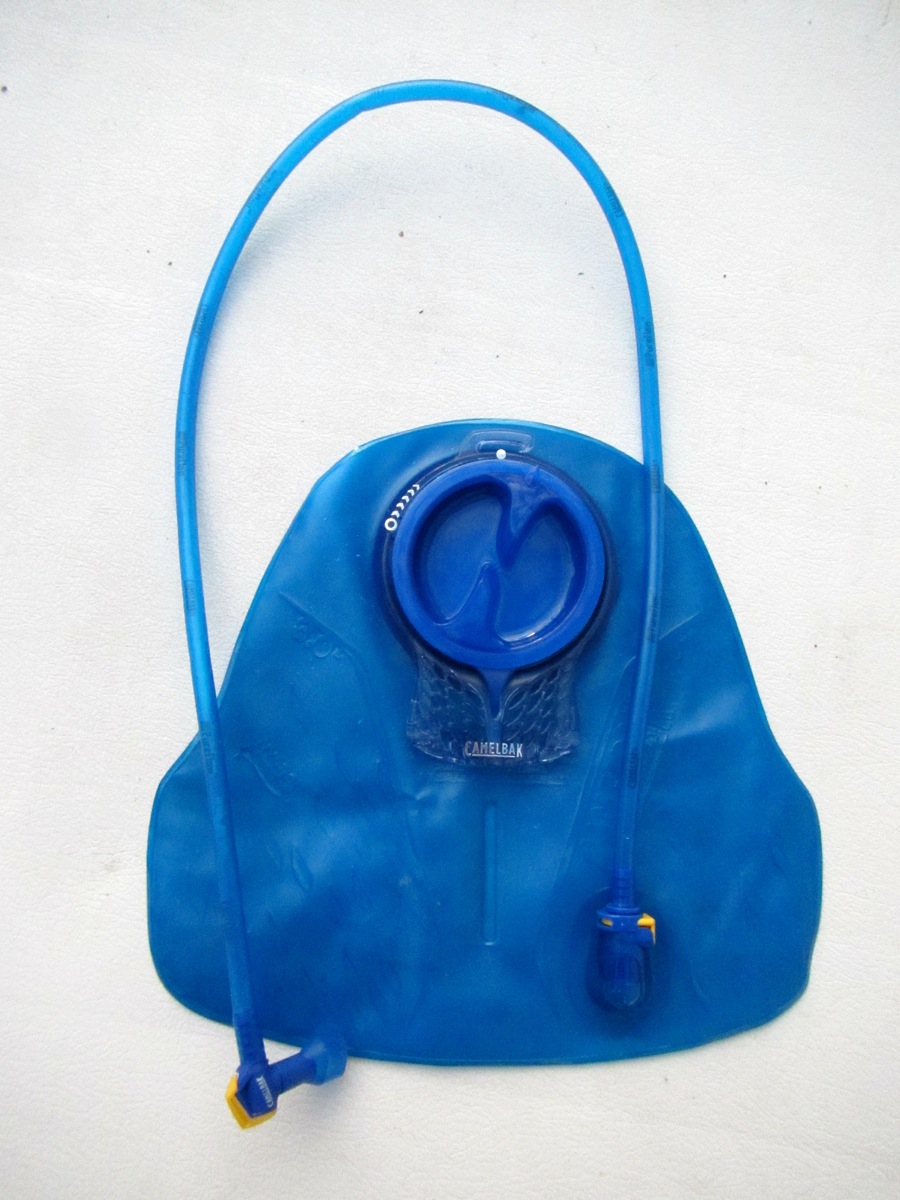 The Camelbak Solstice 10LR lowrider pack comes in either red/silver (pictured) or black/deep amethyst (a purplish blue). It is a very well-designed hydration pack, with plenty of storage space.

As we head into the winter months, I welcome the space for extra layers, to be prepared for unpredictable weather.

The pack is also quite comfortable, and I do notice that it feels better on the back, especially on longer rides. It took a bit of fiddling with the tightness of all the straps to get the fit just right, but once I did, the pack was definitely more secure and bounced around less compared to most traditional backpacks that I’ve ridden with.

If I have to ride with a pack, the Camelback Solstice is definitely a great option!

The Solstice and the Skyline 10LR are available as of January 2016.

Thank you to Camelbak for providing me the Solstice 10LR for review.

Gear
Matt and Jeff Weigh in on the Least Useful MTB...
Community
5 Reasons I Want my Kids to Mountain Bike
Sponsored
What Mountain Bikers Need to Know About Bicycle Insurance
Gear
The WTB Raddler Gravel Tire is Fast Down the Middle,...
Subscribe
Login
Please login to comment
0 Comments
Inline Feedbacks
View all comments

I’ve been really happy with my Mule. I’ve tried a couple other brands and they don’t compare. Camelback is on top of the pack game!