I saw lots of mountain bikes at Interbike, but two of them that made me salivate in an extremely inappropriate manner were the Pinarello Dogma XC and the Look 927. But I only have room in my tiny, cold heart for one dream bike. So which one is it going to be? Will it be Italy’s stylish bifurcated rear triangle machismo or France’s integrated stem souplesse?

The only way to know will be for me to ride both of these bikes. I’m on a mission. 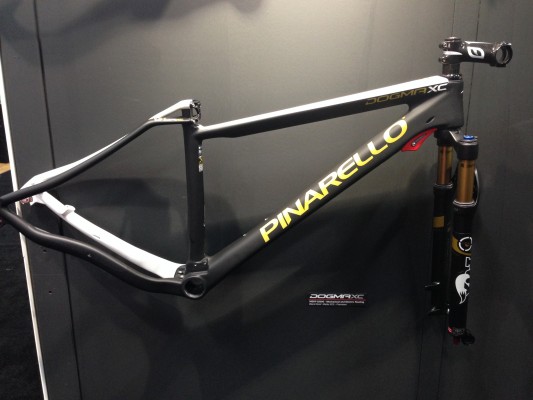 And here’s the Look 927, which is new for this year. The bike in front is glossy carbon and in the rear is satin carbon. Both gorgeous. 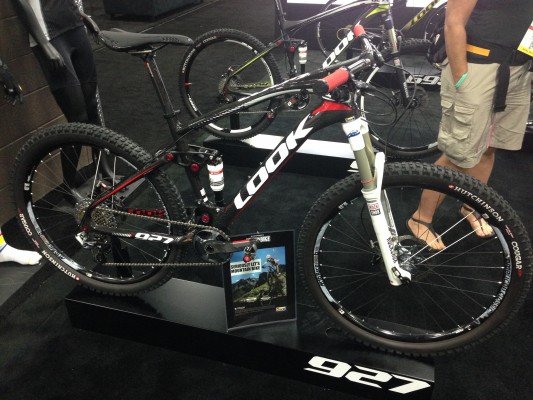 The Look rep in the booth said no one had ever ridden either of these display 927s. Not even when loading or unloading them. I was incredulous.

I gave him a look and said, “No one’s ever thrown a leg over either of these bikes? Not once?”

Needless to say, I don’t believe him. But we got to talking about some southeast MTB trails and he and I share a love of the Forks Area Trails System, so clearly he’s a good dude. 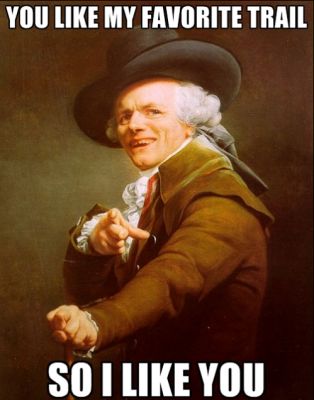 You’re probably thinking, “Jim, you ruggedly handsome buffoon, you can’t compare those bikes. They’re too different!” Well, you’re right. The Dogma is a hardtail 29er and the 927 is full squish 27.5. They are apples and oranges, or to use the euro equivalent, espresso and cigarettes.

But, as I keep telling people who are looking into their first bike purchase, I think the best thing you can do is ignore the specifics and evaluate a bike on how it makes you feel. And that’s why I should ride both of these bikes. So I can determine which one makes me feel even more amazing than I already do. (I’ve had a lot of coffee.)

Here’s the Dogma all built up and photographed centerfold style. Look at that wild seat tube cluster. So fancy. 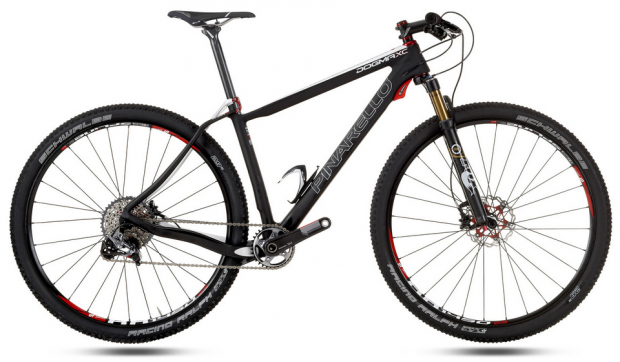 And here’s the Look’s centerfold. That stem! Eeeee! 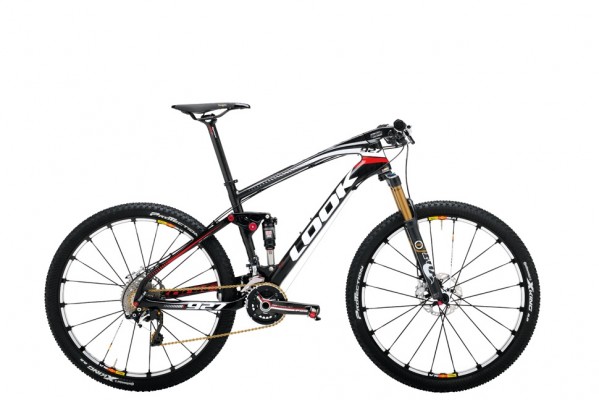 Who will win in the battleground that is my heart? It could be either bike. I have some business cards and some promises that I’ll get to ride, but only time will tell if those come to fruition.

Come on, Italy. Let’s go, France. Let’s get me on some bikes and see what’s what!

The Look bike is a freakin’ cougar. I want to ride the cougar.