I’ve been waiting for this ever since I saw my first legit GoPro action camera in person–over 5 years ago. And now it’s finally here: the GoPro HEROCast is the smallest, lightest live transmitter on the market. 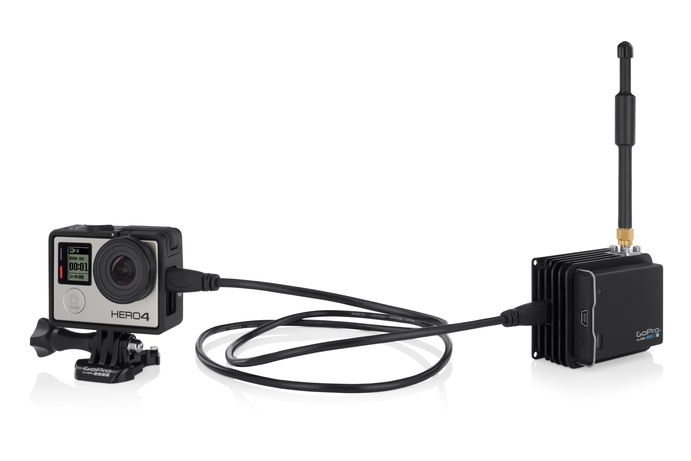 This new transmitter, which has already been used in the ESPN X-Games, among other events, “enables professional broadcasters to deliver engaging, live content with immersive POV footage and unique perspectives that are synonymous with GoPro,” according to GoPro’s press release. “HEROCast integrates with GoPro cameras and its ecosystem of mounts, and delivers the most versatile, mountable broadcast solution available and transmits high definition 1080/60fps and 720/60fps video using H.264 encoding with low glass-to-glass latency.”

The HEROCast is available in two versions: the standard, pictured above, and the BacPac, which essentially straps the transmitter to the back of the camera. The HEROCast is designed to work with the GoPro HERO4 Black. 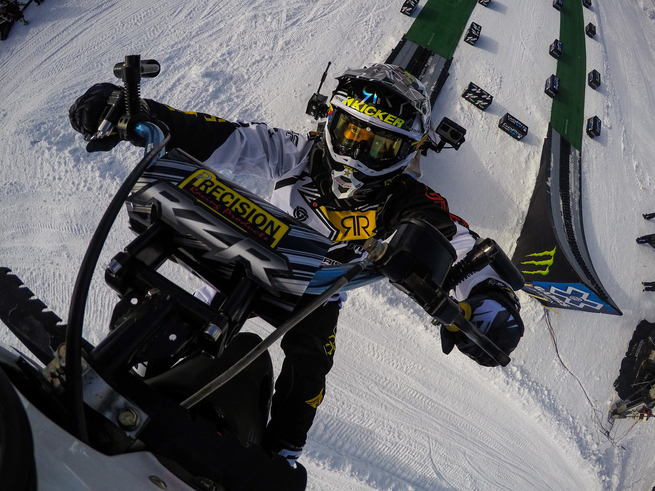 Now here’s the kicker: both versions of the HEROCast retail for $7,500.

And GoPro made sure to say that the actual camera is “sold separately.” Shoot, if someone’s dropping $7,500 on the transmitter, why not just throw in the $400 camera? Or just round up to $8,000? Obviously this transmitter is designed for big productions like ESPN, but still, just toss a camera in already.

Now I’m not entirely sure what other hardware is included besides the transmitter, because I’d hope that the receiver is included as well. This opens up another question: how does the live signal get transmitted to the audience? Is a nearby receiver connected to a computer with an internet connection required?

While HEROCast is cool and all, what I’m really waiting for is live broadcasting, straight to the internet via a cellular data signal. Based on the press release it’s hard to tell exactly how the HEROCast’s final transmission is achieved, but since there’s no mention of cellular connectivity, it’s a safe bet that that’s not it.

Oh, and the other kicker? You get a whopping 40 minutes of battery life out of this unit. Yeah, good luck with that.

While my vision of live on-trail broadcasting from the mountain top is still a pipe dream, the HEROCast is one more step in that direction. Sooner or later, you’ll get to follow along live with the pros as they ride.

Yeah, this isn’t exactly a pro-sumer product–it’s clearly just for pros. Still, this should enable events like Rampage to offer better live coverage to viewers.

Very cool tech, but I agree with Jeff. Eventually trickle down technology will enable cellular based live broadcast feed, but even then, GoPro footage is pretty boring without edits unless you are a pro getting some serious speed and air. Watching even a really good friend live bumping down the trail is a novelty, but not fun to watch twice.

IIRC, some Sony Action Cams can stream live video via Ustream using your phone’s cellular. I doubt it comes close to this professional setup but it is out there now.