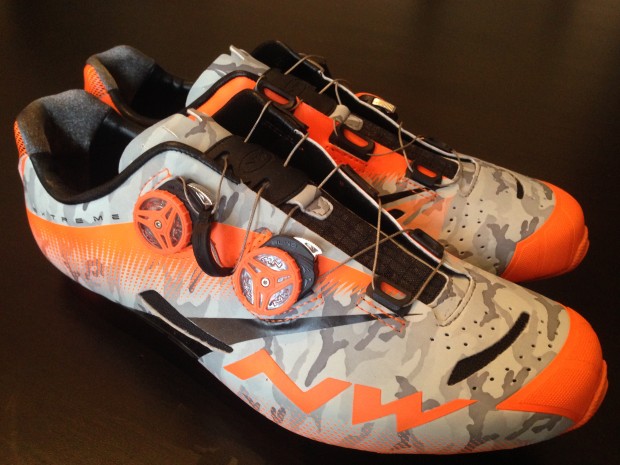 Interbike is a lot like a gentleman’s club for three reasons. First of all, it’s in Las Vegas. Second, there’s lots to look at, but you’re usually not supposed to put your hands on anything. Most importantly, it is considered rude to ask about weights, date of manufacture, and “street price.”

I broke all those rules in the Northwave booth at Interbike when I laid eyes on the Extreme Tech MTB Plus shoe. Check out that brief report here.

Luckily for me, the Italians are an easygoing people. Not only did they not mind me getting grabby with a pair of the Extreme Tech MTB Plus, they read my review about them and asked if they could send me my very own pair for review.

Well, they arrived, and they’re pretty sweet. As you can see here, I paired them tastefully with my unicorn socks. If you don’t have unicorn socks, I recommend you snag a pair. They’re good for 50 extra watts easy. 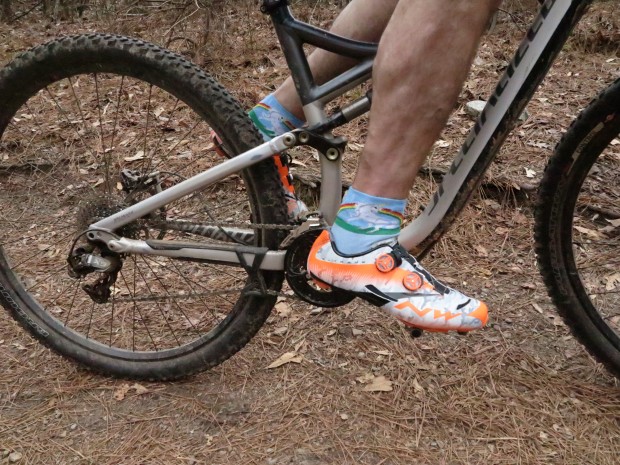 I covered a lot of this in the previous article, but let’s run some pertinent shoe info down again real quicklike.

Because I was fondling them lovingly in the Northwave booth, in full view of passersby, I didn’t get a chance to really experiment with the SLW2 closure system, but now that I’ve put some miles into mine, I can give a full report. 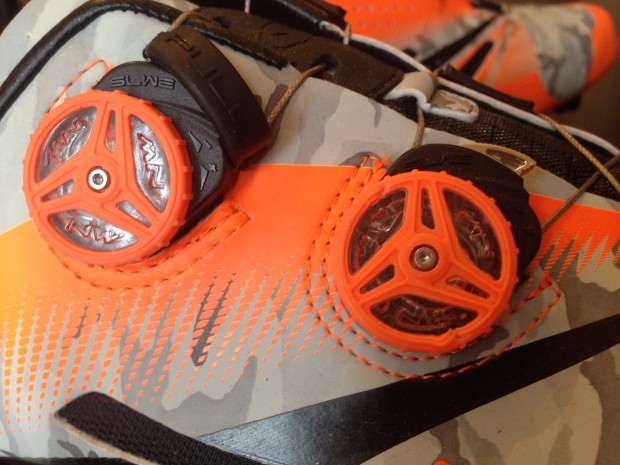 There’s a dial for the midfoot area, and one to close the top of the shoe around the ankle. I found that the system worked best when I was either on the bike, or, if standing, with my foot raised like a stork. Trying to get the shoes perfectly tight while standing in them is harder because your foot spreads out a little bit.

You can see above on the midfoot dial there’s a shark fin-shaped silver thing. That’s the toggle for loosening the tension. You can press it down to loosen by one click, or lift upward to loosen entirely. The click loosening is great for on-bike adjustments. You don’t have to crash just to get some circulation back into your foot if you should over tighten.

I have to say, I dig using the SLW2 over some other string closure systems, mostly because of the ease of loosening adjustment. These shoes are meant to be max effort race kicks, so things like ease of adjustment should count. 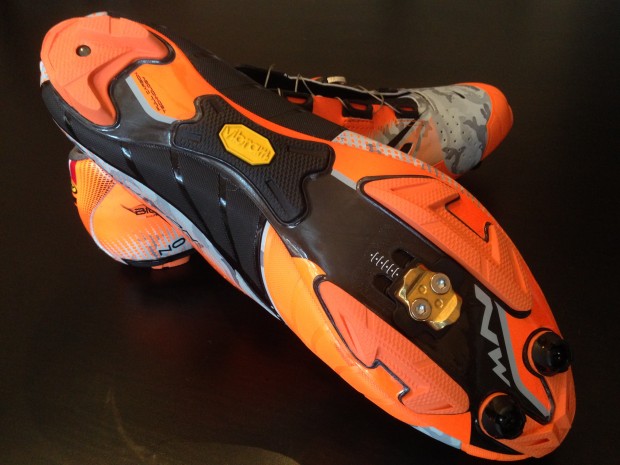 While I’m on the subject, let’s keep in mind that these are race shoes. It’s probably best not to buy them for commuting. I haven’t used them long enough to make a definitive judgement about their durability, but Northwave spent a lot of time finding out how to lighten the carbon sole for one purpose: pedaling.

In order to save weight, they’ve removed carbon where it isn’t absolutely necessary for pedaling, and that means if you use them often for things other than pedaling, you’re flirting with disaster.

Would you use a Formula 1 car as a daily driver? Would you use your mom’s best china to microwave a mud pie? Would you put on your best high heels and cocktail dress for a trip to the supermarket?

If you answered yes to any of the above questions, you’re a devil-may-care badass and I want to hang out with you. But you’re also going to spend a lot of time and money on maintaining and/or replacing stuff. 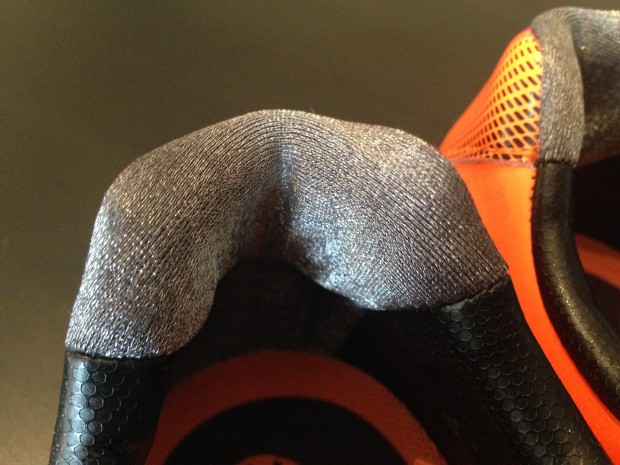 One of my favorite features of these shoes is the heel material, pictured above. Not only is it silvery and magical-looking like a wizard’s pubes, the fibers are directional, so they’re very easy to slip into but discourage any heel lift.

I absolutely hate heel lift, so I love the addition of this stuff, and it’s a lot lighter than an extra dial at the rear to combat lift.

On the subject of weight, Northwave claims these shoes at 280g per pair, and my review pair are in line with that. My review shoes came in at 348g, but that’s an as-tested weight, meaning two mud cleats on the toe area plus my ancient-style Crank Bros cleats I had lying around.

Even at 348g, that’s a lot lighter than my usual shoes at 461g. In old fashioned units, that’s a mere 12oz as-tested weight per shoe for the Extreme Tech Plus MTB, vs 1lb per shoe for my clunkers.

If you are the ultimate weight weenie, and you need — not want, but need — the lightest possible gear, you might want to give these a look. In the previous article I had a whip round the internet for comparable shoes. I found some similar weights, but at a higher price point.

I had a look around some internet retailers, and found some who stocked the Extreme Tech MTB Plus in the black and green colorways, but none who had it in the super-sweet orange camo of my review pair. Personally, I think the outrageous looks are the best part, so I’d have to go with the green.

Here’s Northwave’s information page on the Extreme Tech MTB Plus, and here’s a fancy video to look at as well.

Thanks to Northwave for providing the Extreme Tech MTB Shoes for review.

Nice looking shoes. Bonus: you probably won’t notice if you get mud on them.