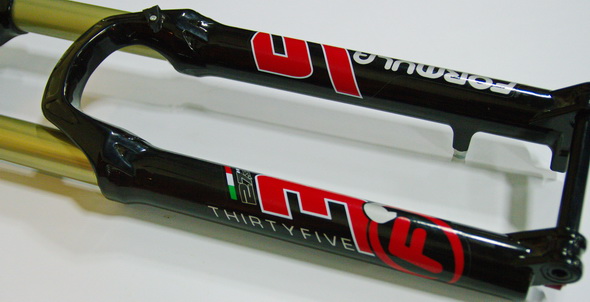 Although Formula had a booth at Dirt demo, unfortunately they didn’t have one at the show. Nevertheless, Jeff and I managed to talk with Jeff Stoudt from Formula, who is truly one of the most stoked guys you can find. We took at look at some of the most interesting things they had to show.

First off was the new Thirty Five front fork, geared towards the Trail to AM (Enduro) crowd. The Thirty Five comes in 27.5″ or 29er sizes only and uses a 15mm through axle. As a full-featured fork, the 35 is made with 7000 series stanchions and magnesium lowers. 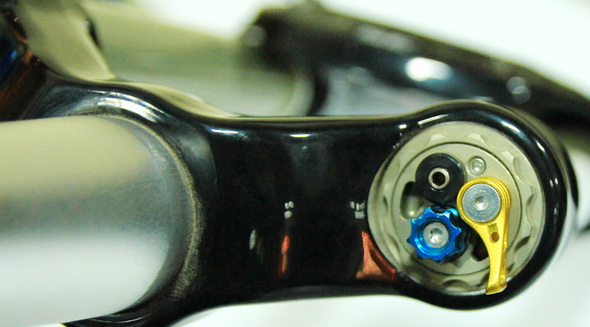 While it looks a bit complex on top, the compression and lock out knob are clearly visible. What is not visible is the hex key adjustment that sets the lock out level. For that, you need to pull the rebound knob out and use that hex as the adjuster for the lock out. 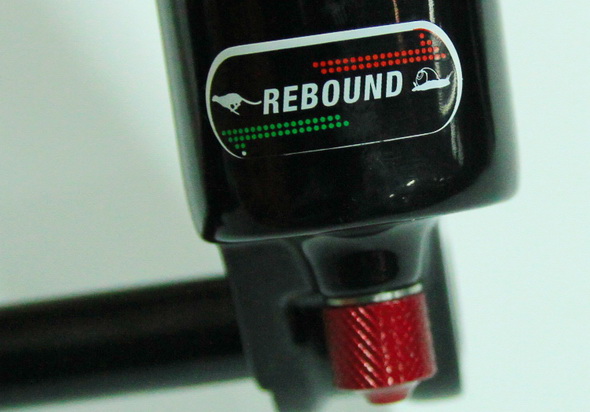 Simply pull the rebound adjuster out and use that to set your levels, and then re-insert it back in place. There is no indexing on the adjuster, so putting the knob back is simple.

Other key features include low-friction polymeric bushings and a tapered steer tube. 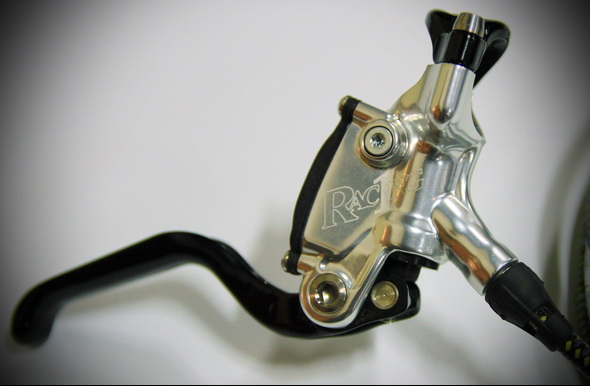 The all-new R1 Racing (Rac1ng, as the graphic has it) is a departure from conventional brakes. The R1 uses a pull motion rather than a push motion to activate the brakes. Due to this new design, the engineers at Formula made the R1 smaller, lighter, and more durable. Internally, there is a negative spring that is used to snap the lever back in place, preventing any lever rattle. The R1 comes with titanium hardware, kevlar-braided hoses, and a composite reservoir cap, which drops the weight to a scant 267 grams. 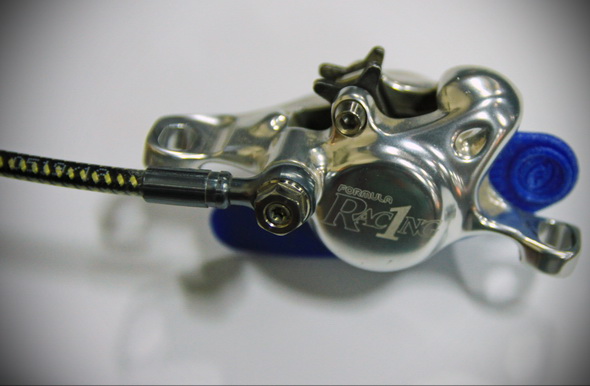 The caliper has been revised to increase pad to rotor clearance. A new piston and improved caliper seals both contribute to a better-operating brake.

On the other end of Formula’s spectrum is the new C1 brake. This unit is a first of it’s kind, as it uses a cartridge system for the master cylinder and is not rebuildable. Yes, you read that right: if things go wrong you need to replace the entire lever. I asked Jeff Stoudt why ,and he simply stated that the cost of the replacement guts were only a few dollars shy of a complete lever, so they decided to make the new C1 a replace-only unit. 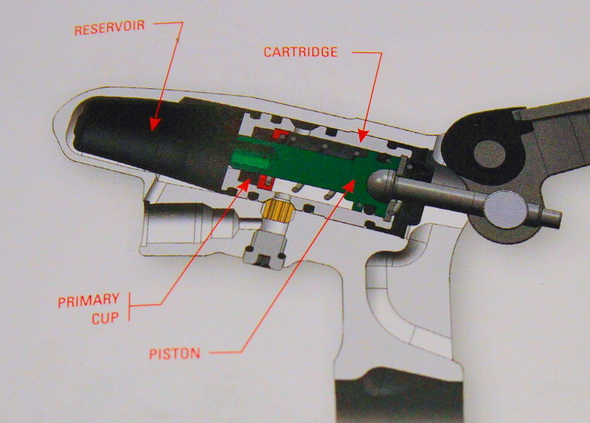 Not that you will have to replace one… but it actually does make sense. I have personally seen many people destroy a lever when trying to repair it.

The C1 comes in at about 349 grams, depending on the rotor you decide to use. Formula has a vast number of rotor choices, with sizes ranging from 140 all the way to 203mm.

Check out Formula for these and other cool items in 2014.

Dude, what happened to the photo of me dry humping the fork? 🙂

Oh man, I missed that!