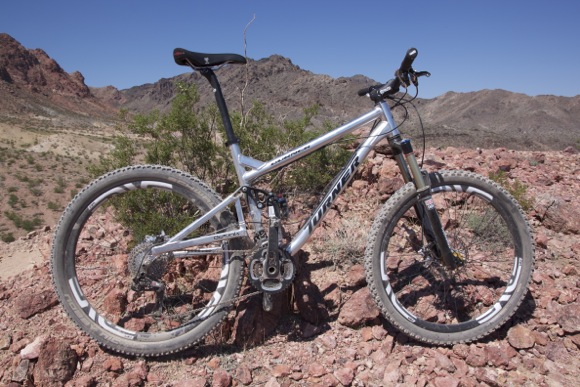 I’ve been trying to steer clear of the 650b hype but sometimes it’s almost unavoidable. Don’t get me wrong–I have nothing against 650b bikes–but I’m more than happy with both my 29ers. Still, when I got a chance to demo the Turner Burner 650b at Interbike I figured, what the heck, I’ll give it a try! 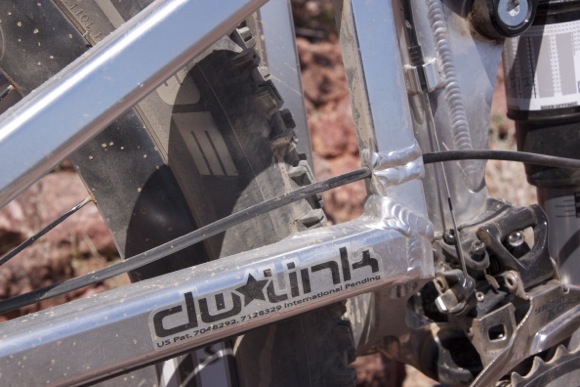 Turner bikes are legendary for their DW Link suspension and the Burner 650b features the same tried and true suspension platform. This bike has 140mm of travel front and rear and the aluminum frame is made right here in the US of A. One thing that stood out to me about the frame (other than the solid, beefy welds) was the internal derailleur cable routing through the rear swingarm.

The build I tested features Enve 650b AM wheels and an Enve stem and seatpost. Like many 2013 650b bikes, the Turner Burner sports Schwalbe tires–in this case, the Nobby Nics. A SRAM 2×10 drivetrain gets things moving and Rock Shox handles suspension duties. Curiously, this build doesn’t include a dropper seatpost which to me would be a welcome addition. 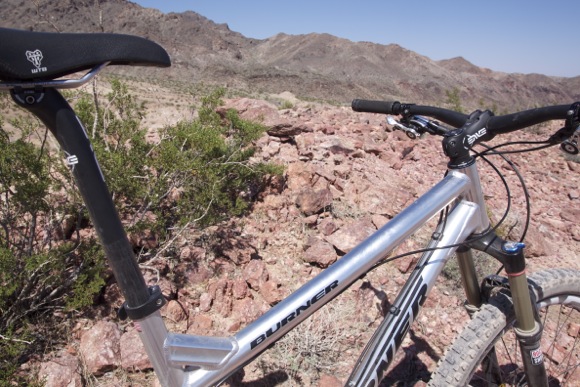 Out on the trail the Turner Burner was a delight. The bike climbs incredibly well and descends like a champ. Trail chatter disappeared underneath the suspension and G-outs were positively spring-loaded. I thought the Burner 650b handled just like a trail bike should thanks to the short(ish) stem, wider bars, and seemingly stretched top tube.

At some point during my test ride a funny thing happened: I forgot which wheel size I was riding. Yes, we all know there are advantages and disadvantages to different wheel sizes but taken as a whole package, this bike just works. Surprisingly, it didn’t feel very different from the 29er trail bikes I had ridden earlier in the day. I think Greg has alluded to this in some of his 650b write-ups as well but it’s important to remember to evaluate the entire package rather than focusing on a single spec like wheel size.

There isn’t a ton of information on this bike online yet but expect pricing to be around $2,500 for the frame. Keep checking TurnerBikes.com for the full spec sheet and pricing information soon.

Interesting to hear you enjoyed it so much! I think what you said in the second to last paragraph (even though I do say so myself 😉 ) is so key! If it’s a well-built bike, it’s going to be fun to ride no matter what!

Pretty sweet. I’m beyond confused as to my own mind on the tire size debate. I’ve only ridden 29s, but after messing up a brand new wheel, in a relatively minor wreck, I started thinking 26 for durability. Yet I love the way 29s role, but then there’s more rotating weight, and moment of inertia. I’m reluctant to split the difference to.

It seems like the ENVE rims are OEM on most of the 650b’s. The good news is, they seem like decent components!

the day ENVE rims are OEM, is the day i can actually afford a pair!

+1. I was going to say that almost none of the bikes I was looking at had ENVE rims. I’m going to be going over notes and writing another blog post on a bunch of bikes soon, so I could be wrong…. we shall see